By this time next week, Quesada’s 40th anniversary cigar will likely be out in the open, as the company is expected to preview the product at the annual ProCigar festival in the Dominican Republic. Ten years ago, the company celebrated its 30th anniversary with a cigar using two of its other names: MATASA, the company’s old factory, and Fonseca, the older Cuban trademark the family owns.

The Matasa 30th Anniversary by Fonseca was offered in two sizes, a perfecto (5 3/4 x 54) and toro (6 1/2 x 52). It debuted at a time in which Dominican wrapper was the rave, shortly after Arturo Fuente successfully released the Fuente Fuente OpusX, the first Dominican puro.

In 2003, the same year the MATASA 30th was released, La Aurora and La Flor Dominicana would both debut cigars with Dominican wrappers, a feat at the time. Manuel “Manolo” Quesada Jr., the patriarch of the Quesada family, selected high priming olor wrapper, a native tobacco of the Dominican Republic, grown in the Cibao Valley by the Reyes family. Fillers, some eight-years-old, were sourced from the Dominican Republic, Honduras and Nicaragua, all to make a cigar that was talked about for its strength.

Manuel Quesada said his daughter, Raquel, and Lourdes Veloz de Rodriguez, the factory’s production manager, made the decision to add seco to the blend to combat the harshness from some of the other leaves.

Around 30,000 cigars between the two vitolas were produced with the perfecto sold in boxes of 10 and the toro in boxes of 20. The high-priming olor wrapper is quite dark, although there’s little aroma even with the cellophane, only faint notes of sweet hay. From the foot I get some burnt coffee, bark and some spices, right around medium. Cold draw is bittersweet, a gigantic bread note and some floral hints. It’s varying degrees of tight across the four samples, none concerning, but a bit too much for my liking.

The Matasa 30th starts out great: gigantic sweetness with a bit of toastiness and a great cayenne pepper. As the cigar progresses, the retrohale develops a wonderful floral note that gets sweeter as the cigar progresses. Up front, there’s some burnt cedar and toastiness with a bit of harshness on the end of the palate. Finish of the Fonseca is contrasting, a wonderful acute sugar and then a generic grassiness. Smoke production is average, although it increases if I abnormally pick up my smoking speed. The draw gets tighter, which is concerning. Overall, it’s a shock. Not only was the medium-full flavor unexpected, but the strength was medium, which was not something I could have predicted. As the second third progresses, there’s a shining star in the nose: the sweet floral note has turned into a peach note. In the mouth, things aren’t going as well. There’s a generic woody note and a developing pepper. At the halfway point, the flavors begin to deteriorate, harsher and bitter. Strength is medium-plus, seemingly leveled off. There’s not much hope for the final third. The sweetness in the nose of the Fonseca is almost gone, leaving the bitter and harsh cedars unattended. It’s still medium-full in flavor, just not something I really want to enjoy. As the final inch and a half nears, the burn rate slows down even more and the cigar begins to require a lot more touching up to keep it lit which adds some unwanted toastiness to an already unpleasant mixture. 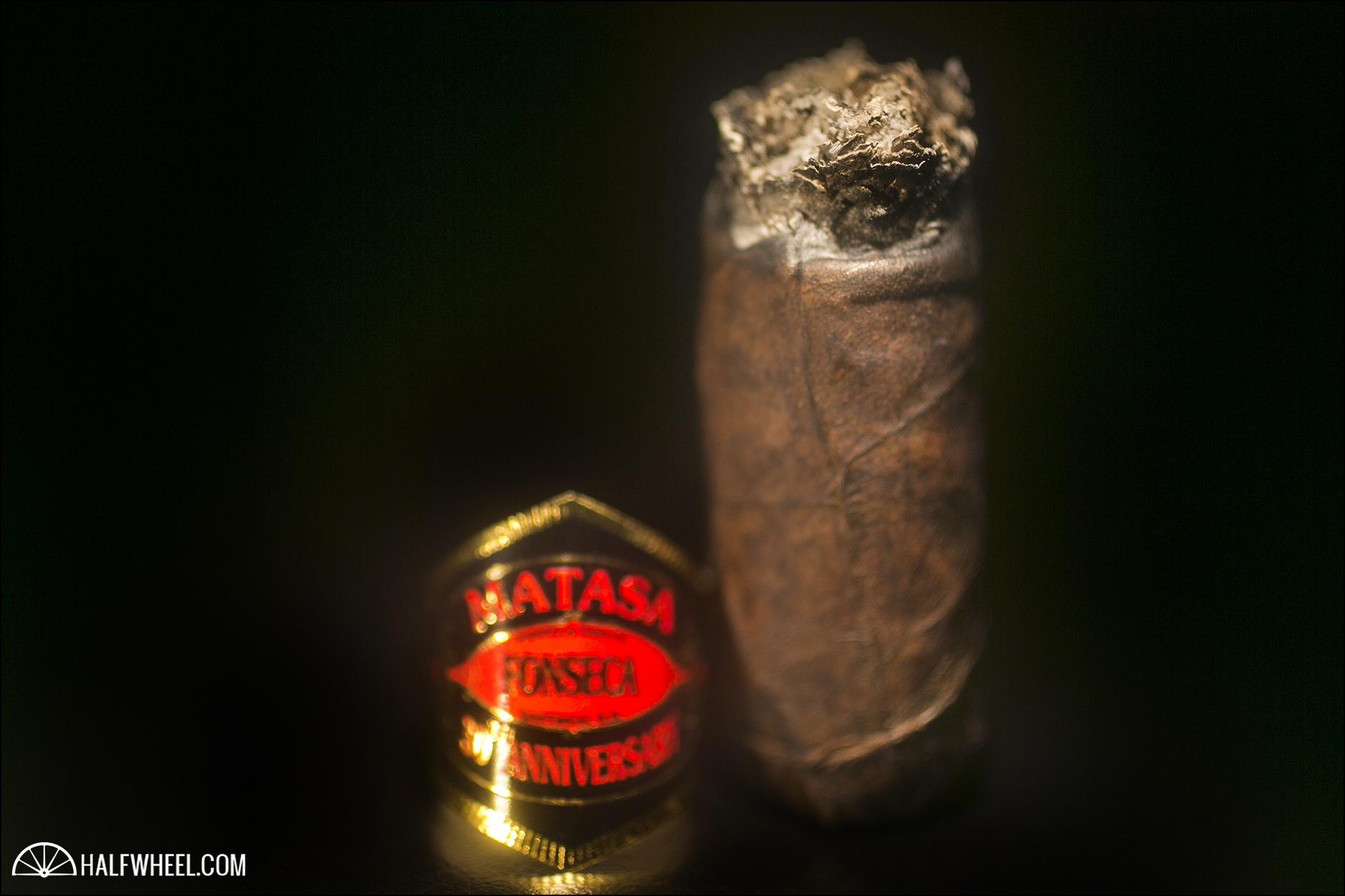 There is no question this was surprising. Quesada is not known for strong cigars and there’s little chance if I smoked this blind you would have convinced me this was a 10-year-old Fonseca, a brand that is on the milder side of the company’s portfolio. In so many ways, I think this would have been a better cigar if it was only 40 minutes long. Not only did the cigar drag itself out to a point that became annoying, but it also did not get any better after about the halfway point. The flavors began to fall apart to levels that became unenjoyable and the construction just became more annoying. There’ is still a lot of life here, and I have my final sample saved for a redux, probably in about five years. A good start, a poor finish—an absolute enigma of a cigar.