Joel Vazquez-Marrero told halfwheel that this new version is milder than the original but has “tons of character–creamy and nutty with a hint of cedar.” He said that the new line is grown, aged and rolled on a single finca in Costa Rica called Tabacos de la Cordillera, providing what he called a unique opportunity to sample the best that Costa Rica has to offer. 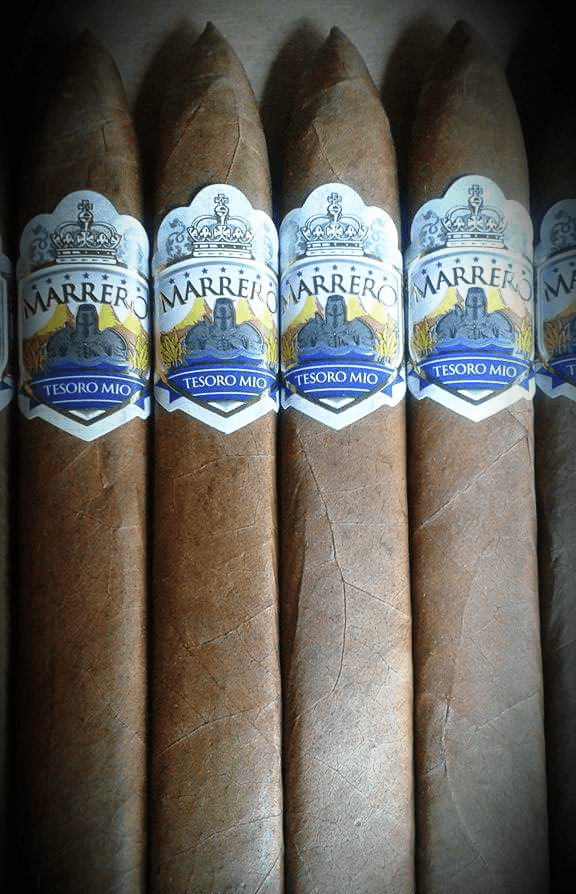 The Tesoro Mio Box Press Costa Rica Puro is being released in three sizes, a 5 x 52 robusto, 6 x 52 toro and 6 x 52 torpedo, with pricing between $6.80 and $7.50 per cigar. As noted in the name, each is box-pressed and uses a Costa Rican Connecticut wrapper, Costa Rican Sumatra binder and Costa Rican habano filler and will come in 20-count boxes. Shipping is expected to begin in August and will be a regular production cigar, joining the Marrero Fuerete, Marrero Bellartes and Marrero Tico in the company’s offerings.