General Cigar Co.’s Macanudo brand is celebrating its 50th anniversary this year with a number of releases, the first of which is the Inspirado Red.

Don’t worry if you have not heard of the Inspirado line yet, as it was introduced in 2014 and sold exclusively outside of the U.S. in Canada and Europe. That changed two years late in April 2106, when General released the Macanudo Inspirado Orange for brick-and-mortar retailers in the U.S. and then adding Macanudo Inspirado Black and White last year.

While the vast majority of Macanudos are produced at the General Cigar Dominicana factory located in the Dominican Republic, the Inspirado Red is rolled in Nicaragua, at the company’s STG Estelí factory.

“We created Macanudo Inspirado Red to speak to the brand’s unique ability to adapt to the preferences of today’s cigar lovers,” said José de Castro, vp of marketing for General Cigar Co., in a press release. “Nicaraguan cigars are hot right now. With ‘Inspirado Red,’ we show how nimble the brand can be by introducing a unique, Nicaraguan-forward blend to the line, while highlighting the expertise of the torcederos from our cigar factory in Esteli.”

There are three different box-pressed sizes of the Macanudo Red at launch, all packaged in boxes of 20: 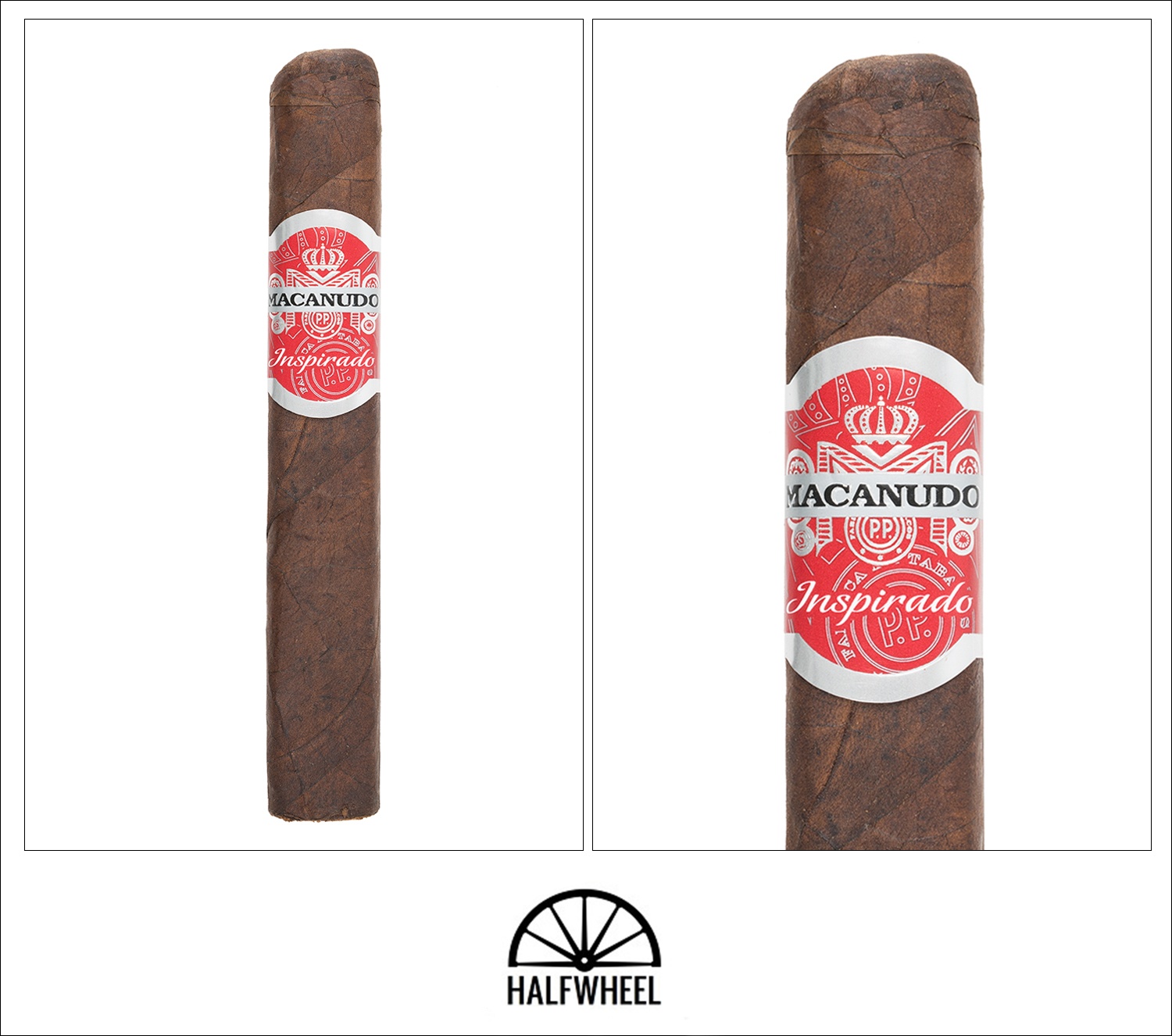 Visually, the Macanudo Inspirado Red Robusto is covered in a dark chocolate brown wrapper that feels like fine sandpaper. There are no obvious veins that I can see, but the extreme-box press is a nice touch and there is a small amount of noticeable oil present. Aroma from the wrapper is a combination of mesquite, barnyard, sweet leather, almonds, earth and slight berry sweetness, while the cold draw brings flavors of oak, gritty earth, leather, dark cocoa, leather and a large amount of black pepper.

Starting out the first third, the Macanudo Inspirado Red Robusto immediately exhibits a number of flavors, none of which could be called dominant at any point: espresso beans, dark chocolate, cinnamon, baker’s spices, oak and leather. The red pepper on the retrohale is actually the strongest of any flavors, just strong enough to supersede all of the other flavors without overwhelming them. There is a very slight berry sweetness note on the finish, but it is just not strong enough at this point to make much of an impact in the overall profile. Construction-wise, the draw on this sample is excellent, but the burn begins to run from the beginning, forcing me to touch it up a couple of times to stop it from getting out of hand. Smoke production is around average while the overall strength ends the first third well short of the medium mark, although it is increasing noticeably. The second third of the Macanudo Inspirado Red Robusto features the same red pepper on the retrohale—it might even be a bit more aggressive—while the flavors in the profile are close to a carbon copy of the first third, including  cinnamon, dark chocolate, baker’s spices, oak and freshly roasted coffee beans. The berry sweetness from the first third remains about the same as well, present enough to pinpoint while coming nowhere close to actually affecting anything. The draw continues to impress with just the right amount of resistance while the burn has thankfully evened out nicely and the smoke production remains about average. Finally, the strength increases by leaps and bounds, easily hitting the medium mark by the of the second third. 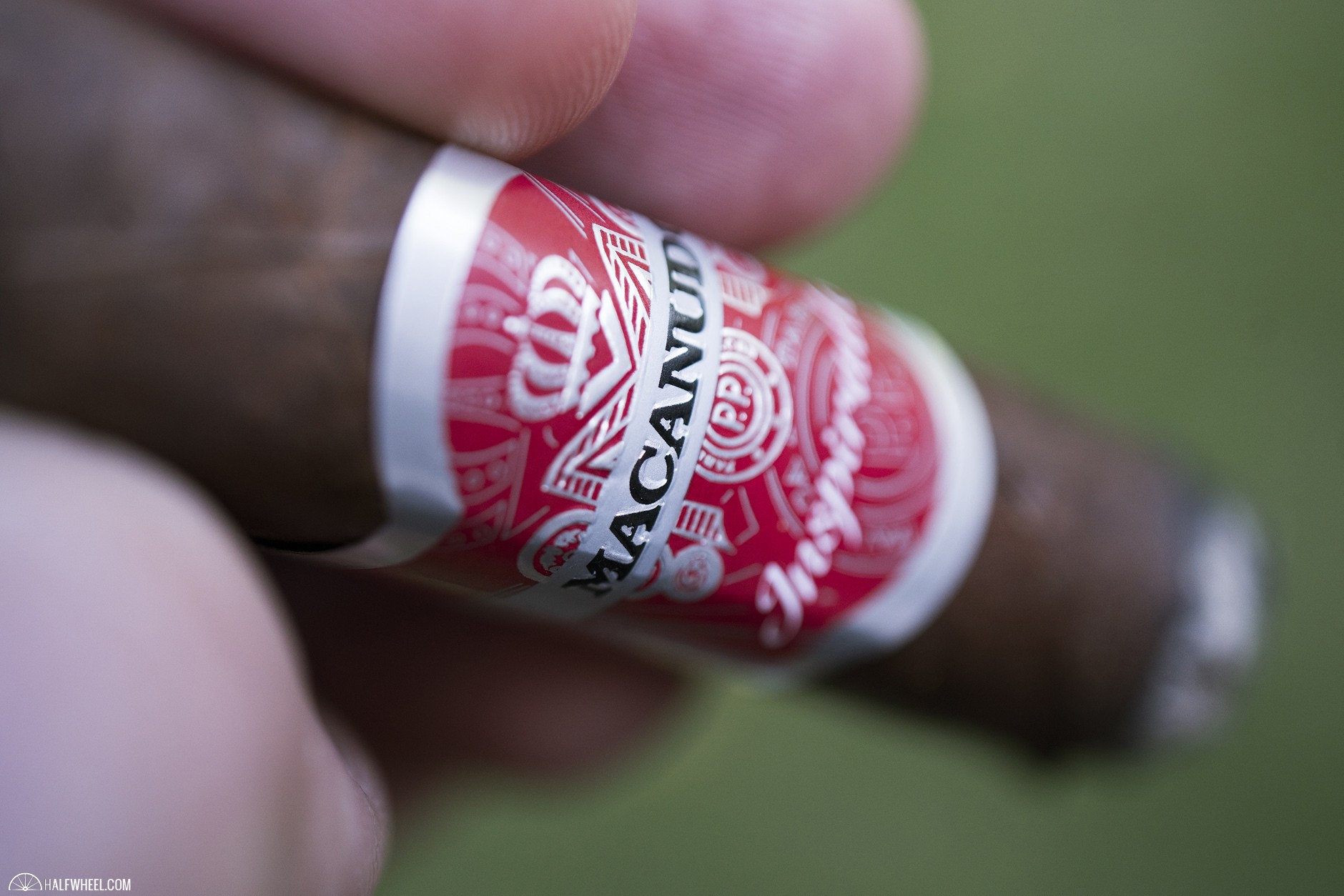 Thankfully, the berry sweetness from the first two thirds actually increases enough to become a more significant part in the profile during the final third of the Macanudo Inspirado Red Robusto, joining other notes of oak, dark cocoa nibs, bitter espresso beans, earth, hay and just a touch of creamy nuts. The red pepper on the retrohale is as aggressive as ever, easily keeping track with the other flavors in the profile. Sadly, the burn has become problematic again and I have to touch it up a couple of more times, but the draw is as good as ever and the smoke production has actually leveled out nicely. While the strength level does hit a point just over the middle mark by the middle of the final third, it stalls there as I put the nub down with a little less than an inch to go. 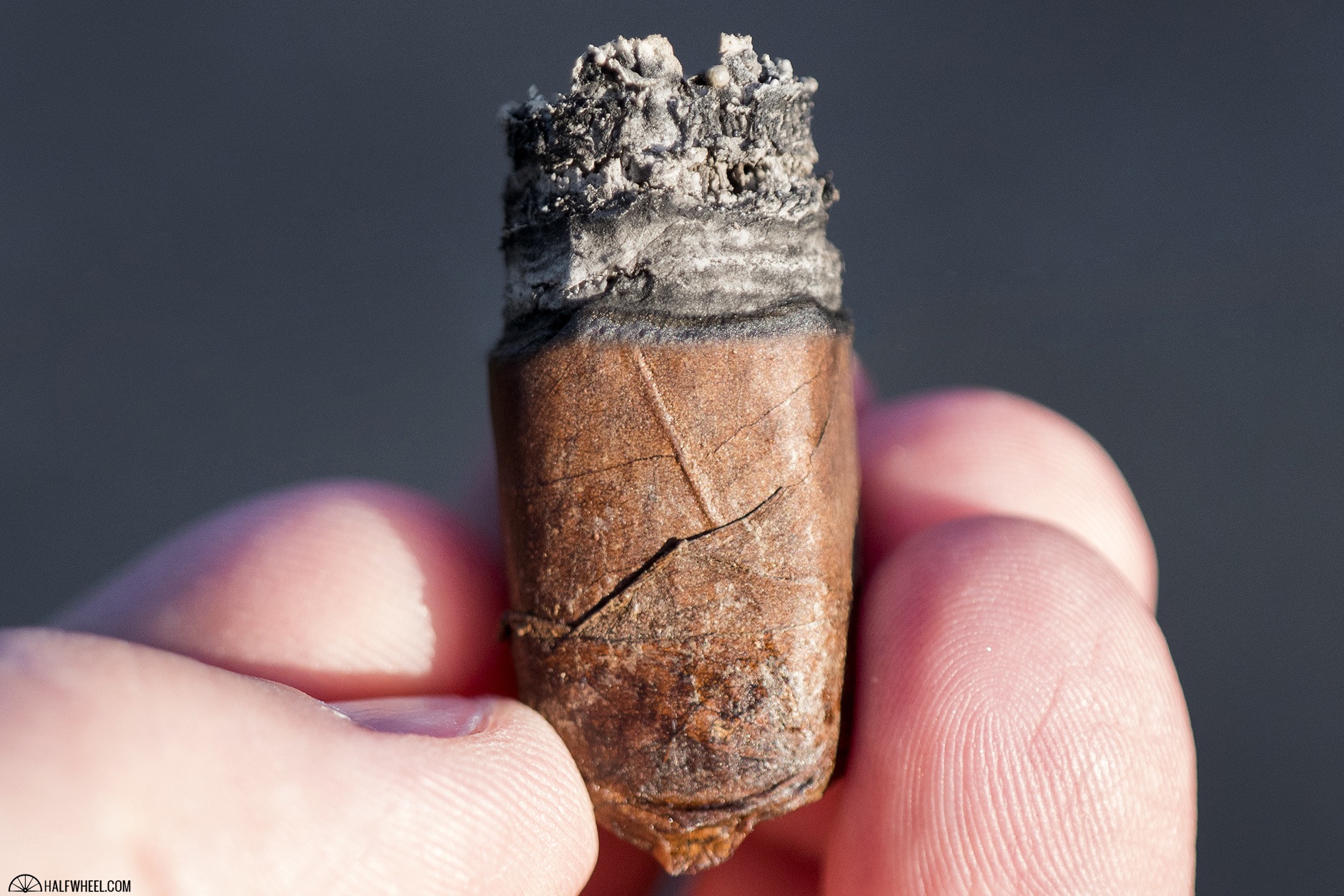 It turns out that the color red is a very apt descriptive name for the Macanudo Inspirado Red, as the retrohale is loaded with red pepper and cinnamon, both of which are thankfully just tame enough to not overwhelm the rest of the flavors during most of the cigar. Unfortunately, the rest of the profile is fairly linear, but the overall construction is decent without being remarkable, with the draw being the obvious high spot on all three samples. While I was not blown away by this cigar by any means, blends with Ometepe are hard to nail, making the Macanudo Inspirado Red that much more unique. A decent cigar—especially for the price—and one that I can recommend trying, as long as you like a buttload of pepper in your cigars.