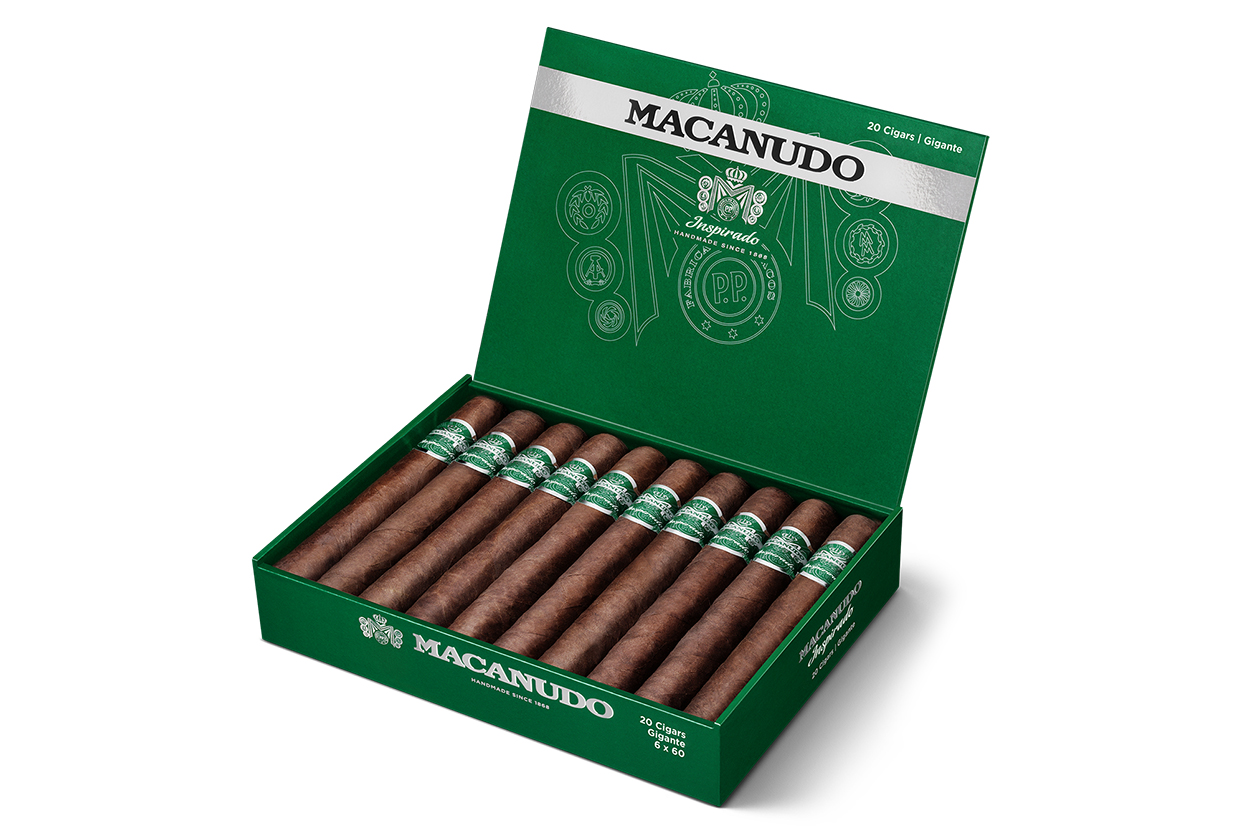 The Macanudo Inspirado Green is getting a new 6 x 60 vitola called Gigante that will be arriving on store shelves in the second half of February.

The line uses a Brazilian arapiraca wrapper, Indonesian binder and fillers from the Dominican Republic and Colombia. General Cigar Co. calls it “a full-flavored, medium-bodied smoke brimming with earth and pepper” as well as sweet and picante notes.

The Gigante, which is priced at $8.29 and offered in 20-count boxes, becomes the fourth size in the line, joining a robusto, toro and Churchill. The line debuted in 2020 and is made at General Cigar Dominicana in Santiago, Dominican Republic.

“Macanudo Inspirado Green Gigante brings together the unique experience of Brazilian tobacco with one of the cigar industry’s most in-demand sizes,” said Laurel Tilley, brand ambassador of Macanudo, via a press release. “We’re confident that this new and distinctive smoke will deliver increased excitement to the top-selling Macanudo brand.”