As you might infer, the Black is the stronger of the two blends, using a dark Connecticut broadleaf wrapper over an Ecuadorian Sumatra binder and fillers from the Estelí region of Nicaragua. The White is a bit milder, with an Ecuadorian Connecticut wrapper, Indonesian binder, and fillers from Mexico’s San Andrés region and Nicaragua’s Condega region. Both promise to deliver a profile that is much different from that of the core Macanudo offerings. While 2017 was the stateside debut of the Macanudo Inspirado Black, the name was first seen in Europe in the fall of 2015 at the Inter-tabac trade fair in Dortmund, Germany. While it shared the name, that cigar was a different blend and had a different look; it used a habano seed wrapper grown in the Connecticut River Valley by the Thrall family exclusively for STG. The binder was also a proprietary leaf, known as vega especial from the Dominican Republic. The filler included Dominican olor and piloto cubano along with Honduran and Nicaraguan tobacco. 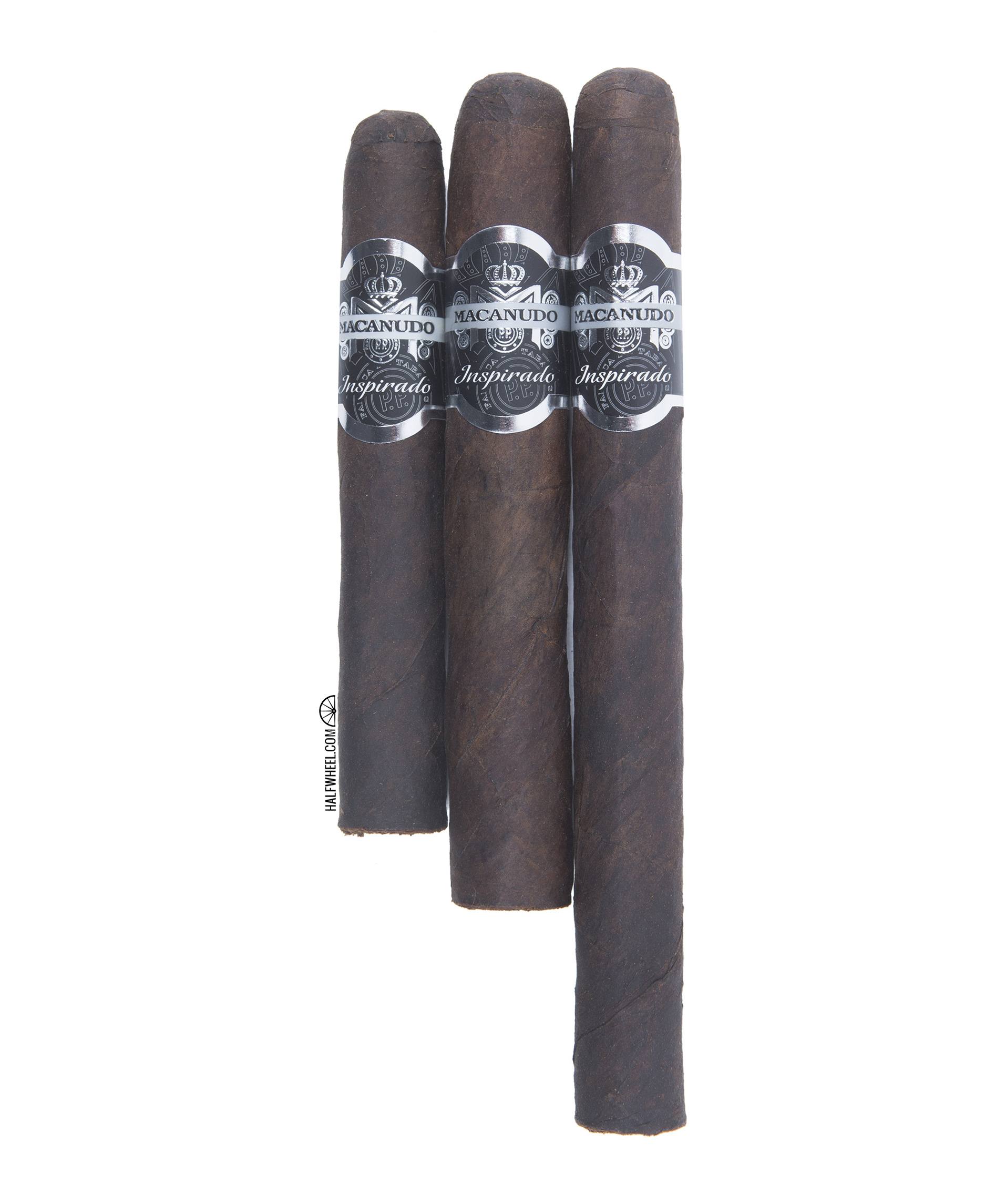 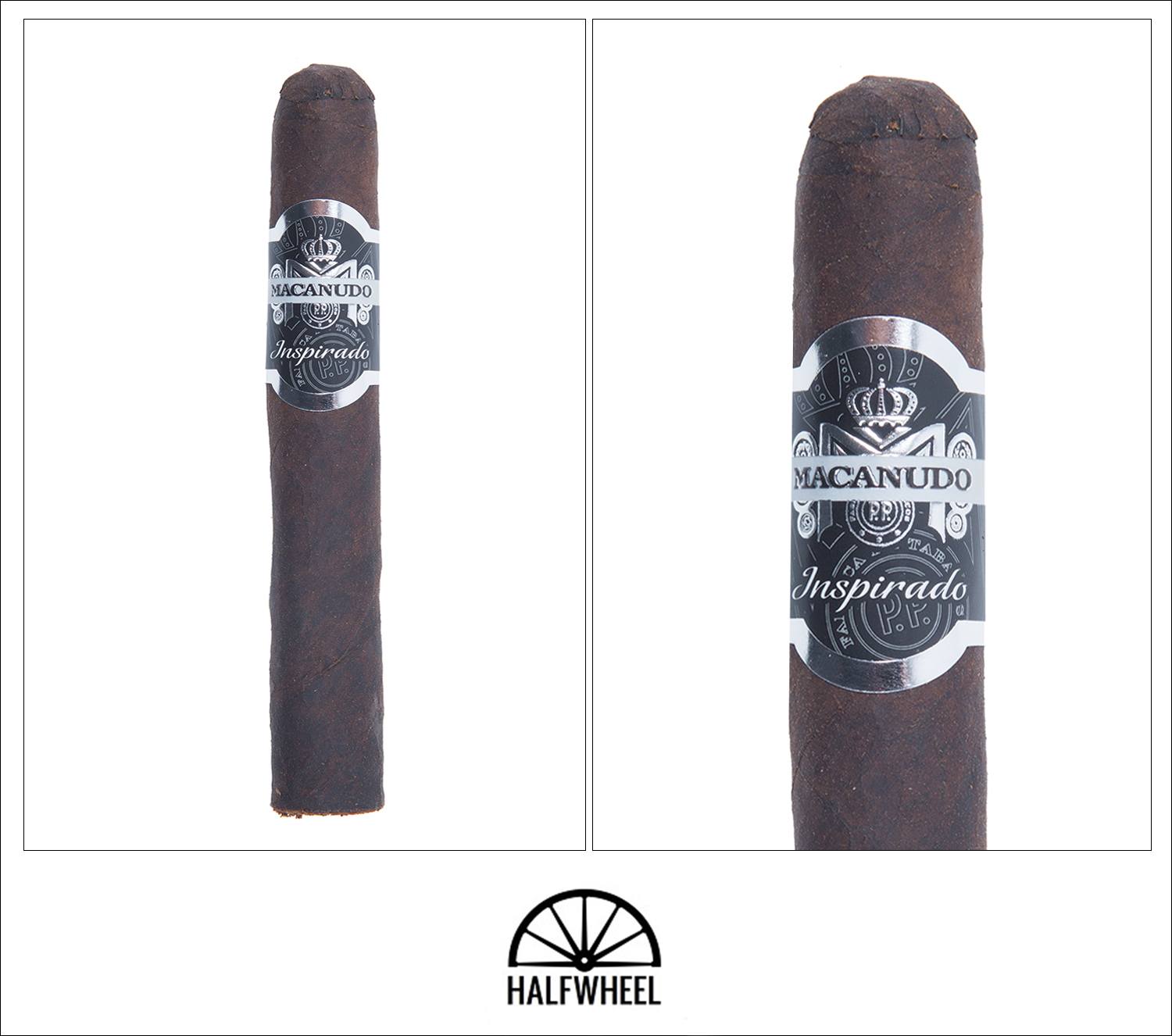 Even though it’s just an eighth of an inch shorter and a ring gauge thinner than what I would call a standard robusto—a 5 x 50—the Macanudo Inspirado Black Robusto feels downright petit and slender in my hand. It’s a firm, dense cigar, offering little if any give, with a good roll quality and caps that could merit some pointers but not quite criticism. A thick, dark, and mottled leaf covers the cigar, rich with texture and glazed with just a bit of oil. Other than of the dark leaves on the Partagas Black, this is one of the darker leaves I can recall from the company. The foot is quite nondescript in aromas, not even offering a generic tobacco scent on two samples, with the third reluctantly offering the berry sweetness common to Connecticut broadleaf. The cold draw on each sample is tight but workable, offering a very subtle but thick grape sweetness and tree bark before drying out and clamming up on flavors.

Any concerns I had about the draw of the first sample were alleviated with my first puffs, as air moves well through the cigar and produces a sufficient amount of smoke. Flavor is a bit lacking, and at times I struggle to get anything from the cigar other than a bit of pepper through the nose. At its best, the cigar shows a somewhat sweet peppery profile in the first inch, though I can’t detach my mind from the thinness of the smoke’s body, at least as it crosses the palate, with a tight draw in the second sample compounding my issues with trying to enjoy it. It’s much fuller and more rewarding through the nose, offering good pepper and thickness without being overpowering. After the first clump of ash comes off, the cigar nudges forward in pepper and body a bit more, though it seems relegated almost completely to the nose, as my tongue gets little more than a grazing of pepper and a very generic tobacco flavor. 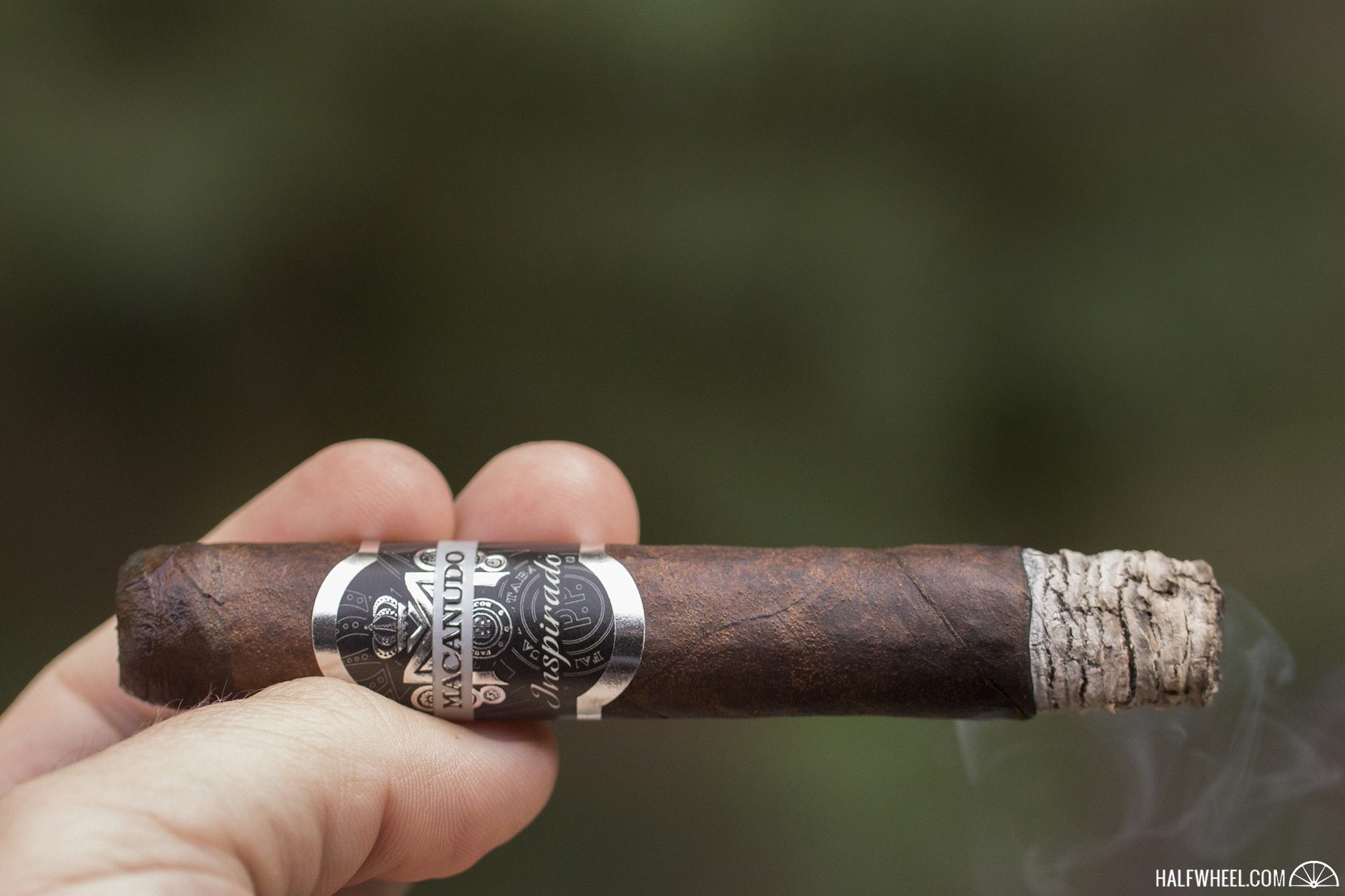 Little changes in the Macanudo Inspirado Black as it enters its second third, which has me struggling to come up with descriptors and thankful I don’t have column inches to fill as in the newspaper or magazine business. The draw on the second and third samples stay tight and were it not for this review, I would have cut my losses and tossed it in the ashtray, but instead I snip off a bit more of the head and get a much more open air flow. The profile picks up a bit more of a campfire note in the retrohale as it approaches its midpoint, with pepper increasing as well; the smoke could still use a bit more fullness and complexity on the tongue, but it’s serviceable. The third sample shows the fullest profile of the three, and while there isn’t much flavor complexity, it at least engages—or should I say fools—the tongue by the thickness and body of the smoke. 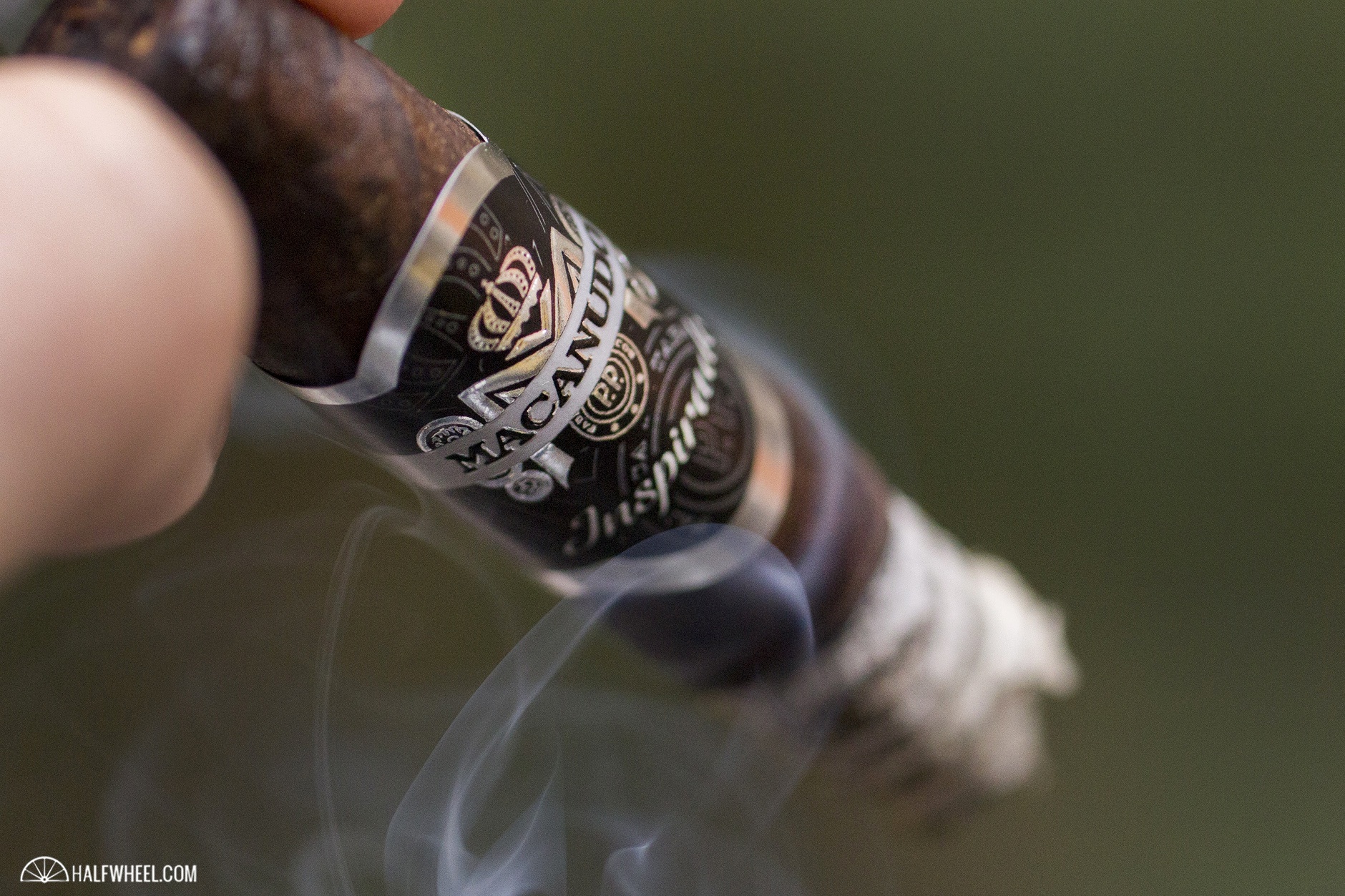 I still find myself clamoring for some specific flavors from the Macanudo Inspirado Black as it begins its final third; while there’s nothing off-putting about it, I struggle to find something to dive into and savor beyond a very bland, generic smoke. I still get a bit of sweetness reminiscent of grape or dark berry jelly, with pepper sprinkled in at about the same levels at it has been throughout the cigar. By the time the band needs to be slid off, the cigar seems to have finally awoken, though it is the retrohales driving most of the experience, with the palate complementing it with a bit of lightly charred steak. The sweetness fights for a spot and does a good job finding one in the final two inches, with the parting flavors both enjoyable and forcing me to wonder why they’d taken so long to finally arrive. I don't smoke a lot of Macanudos, so I have a hard time telling you just how different the Inspirado Black is from the core line. It tries to be fuller bodied, succeeds with pepper but little else, save for some broadleaf sweetness that makes way too few appearances. This is an approachable cigar in that unless you are highly pepper-averse it won't offer much in the way of bold flavors, though for someone looking for a profile to dive into, this has the depth of a backyard kiddie pool. The tight draw didn't help anything, though fortunately it was the only technical aspect I can fault; the cigar burns well and produces plenty of smoke. I would have loved for this profile to break through the Macanudo stereotype, much like I thought the Macanudo 1968 did when it came out several years ago, but other than offering a bit more fullness and pepper, it doesn't do much to stand out.