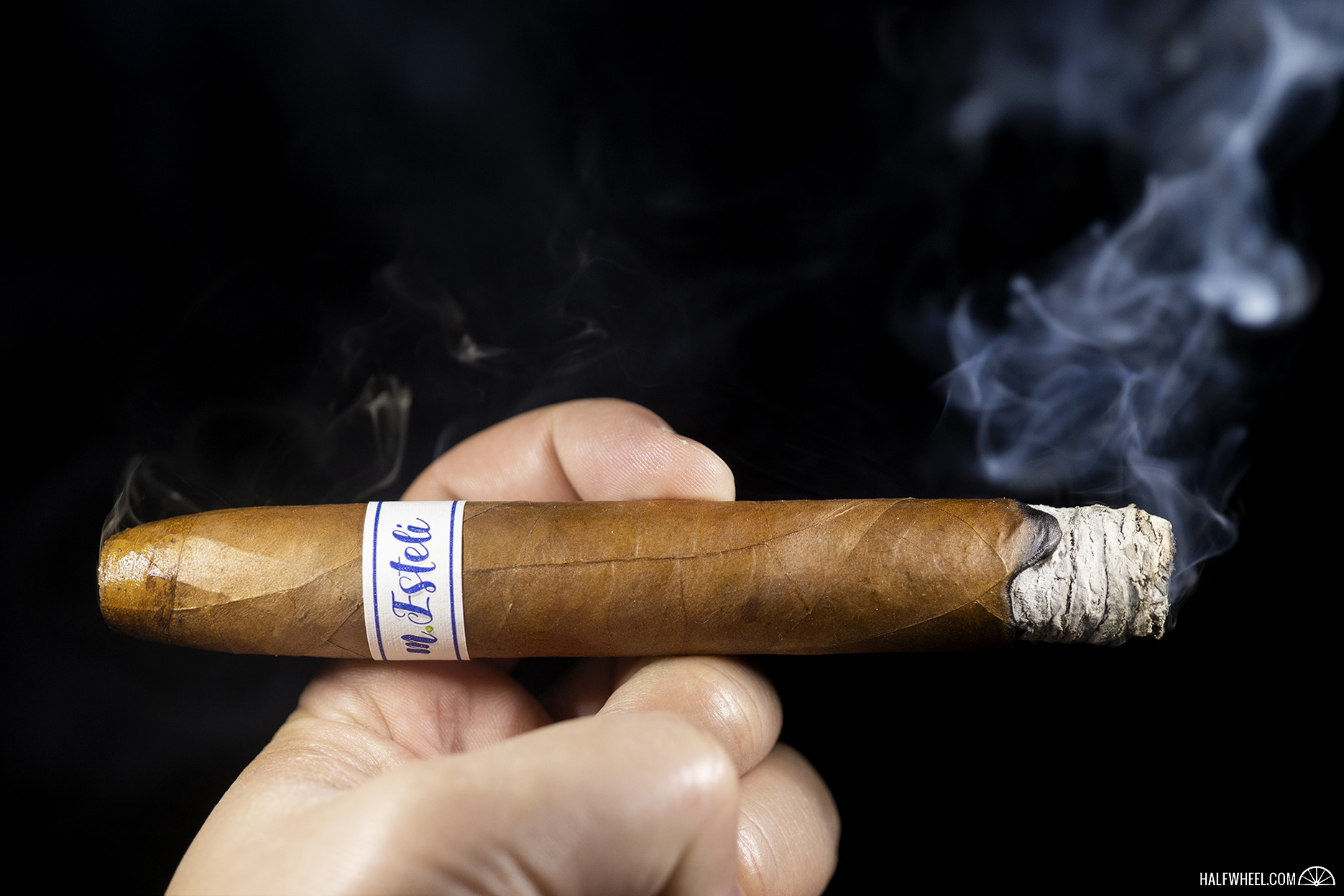 Naming cigars after Estelí, Nicaragua’s cigar capitol, is nothing new. Most of the time when the city’s name is used, it’s because either the tobacco or the cigar—and sometimes both—comes from the city.

But in the case of the new M.Esteli from MBombay, neither seem to be readily applicable. The new line does use Nicaraguan tobacco, but it seems to be just a small part of the overall blend, as the M.Esteli uses an Ecuadorian habano 200 wrapper, a Dominican HVA binder and fillers from Nicaragua as well as Dominican piloto cubano.

The cigars are shipped in bundles, though MBombay has created a tray for retailers that holds bundles of each size and allows for a more familiar presentation. I have a number of thoughts on the band and will share them below, so in other visual commentary the wrapper is pleasing. It’s a medium shade of brown with a heavy dose of red hue and a fair amount of oil. Aroma from the leaf is medium with peanut shells, leather, a bit of acidity and some soggy pizza dough. The foot is much sweeter with some notes from the humidor coming through. It’s mild-medium and largely dominated by floral flavors, close enough to where I probably could be convinced that it is Cuban. That’s also how I’d describe the cold draw: floral on top of cocoa, some raisins and citrus; right around medium-full.

The M.Esteli begins with some cedar, roasted nuts and strawberry, collectively at the medium-full level. A few puffs in, the floral flavor that was prevalent before the cigar was lit makes an appearance, joined by some toastiness and peanuts. Retrohales are much sweeter with the floral flavor, some strawberry and cedar. Flavor is medium-full, body is medium and strength is medium-plus. Construction is excellent on two of the three cigars, as one sample struggles due to an open draw.

It takes a little while for me to pick up on it, but the profile has gotten substantially less delicate towards the end of the first third. Eventually, that seems to reverse itself and the floral flavors get a bit more vibrant and a bit less drowned out by the toastiness. That being said, the main flavor is now creamier and nuttier than before. At times, I get a dominant floral flavor, but it doesn’t last more than a few consecutive puffs. Retrohales still have the floral flavors, but it’s hidden by some of the mineral flavor. It sits on top of some generic sweetness and a bit of an all spice flavor. The flavor remains medium-full, body is a bit stronger—medium-plus—and strength is more or less the same. While one sample is still struggling with a poor draw, the other two have some incredible construction: notably the impressive ash you see below. 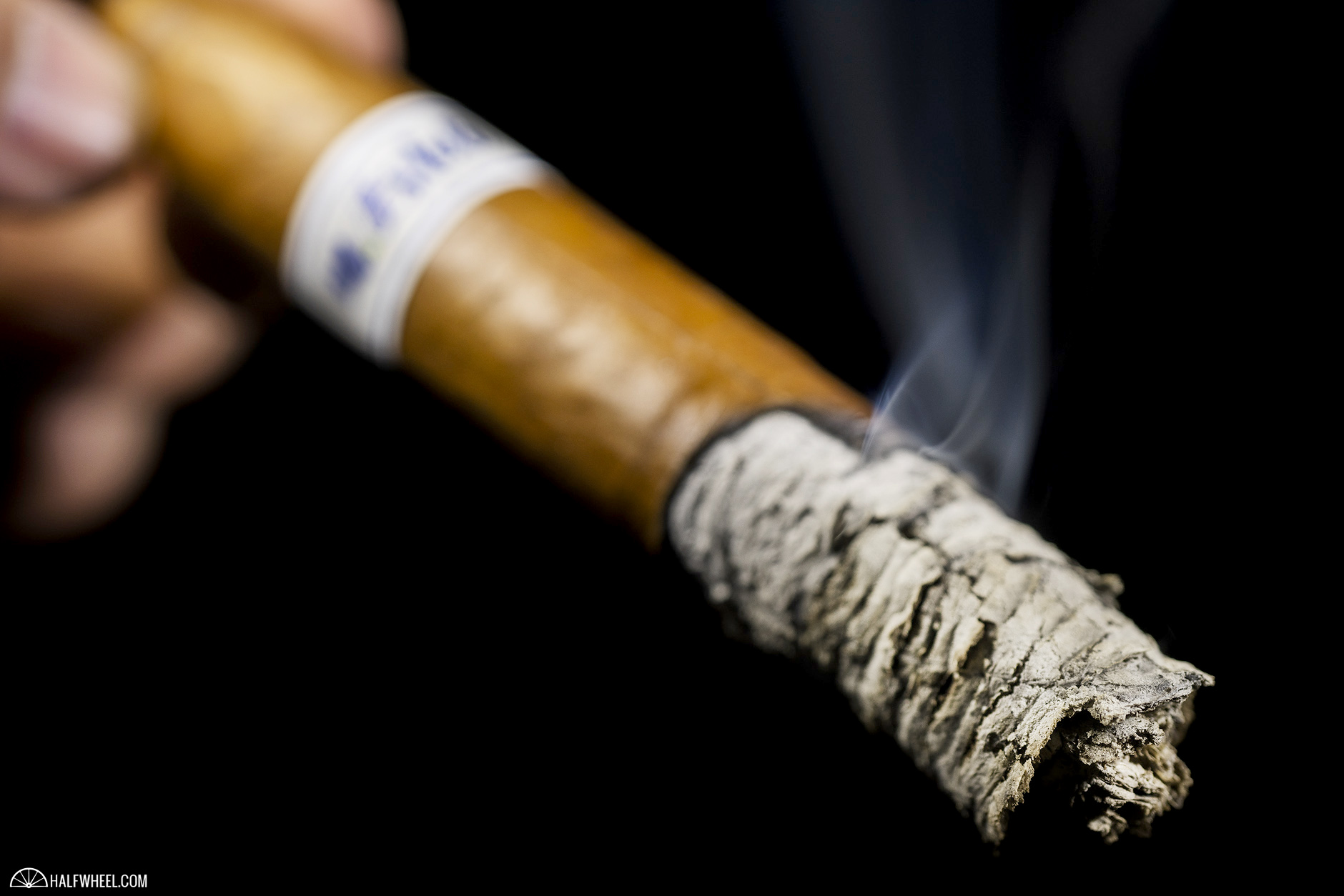 The mineral flavor that emerged in the retrohale is suddenly all over the palate. While it may not be the most dominant flavor in any one place, it’s far and away the most pervasive flavor throughout the mouth, finish and retrohale. It’s joined in the mouth by a soggy Cap’n Crunch-like grainy sweetness, a generic sweetness and a bit of toasty flavor. Retrohales have saltiness, allspice and the aforementioned mineral flavors. The finish remains nutty, though it has some more pepper and a mineral flavor that reminds me of what happens when I leave Topo Chico in my mouth too long. Flavor is getting closer to full, body is medium and strength is medium-plus. 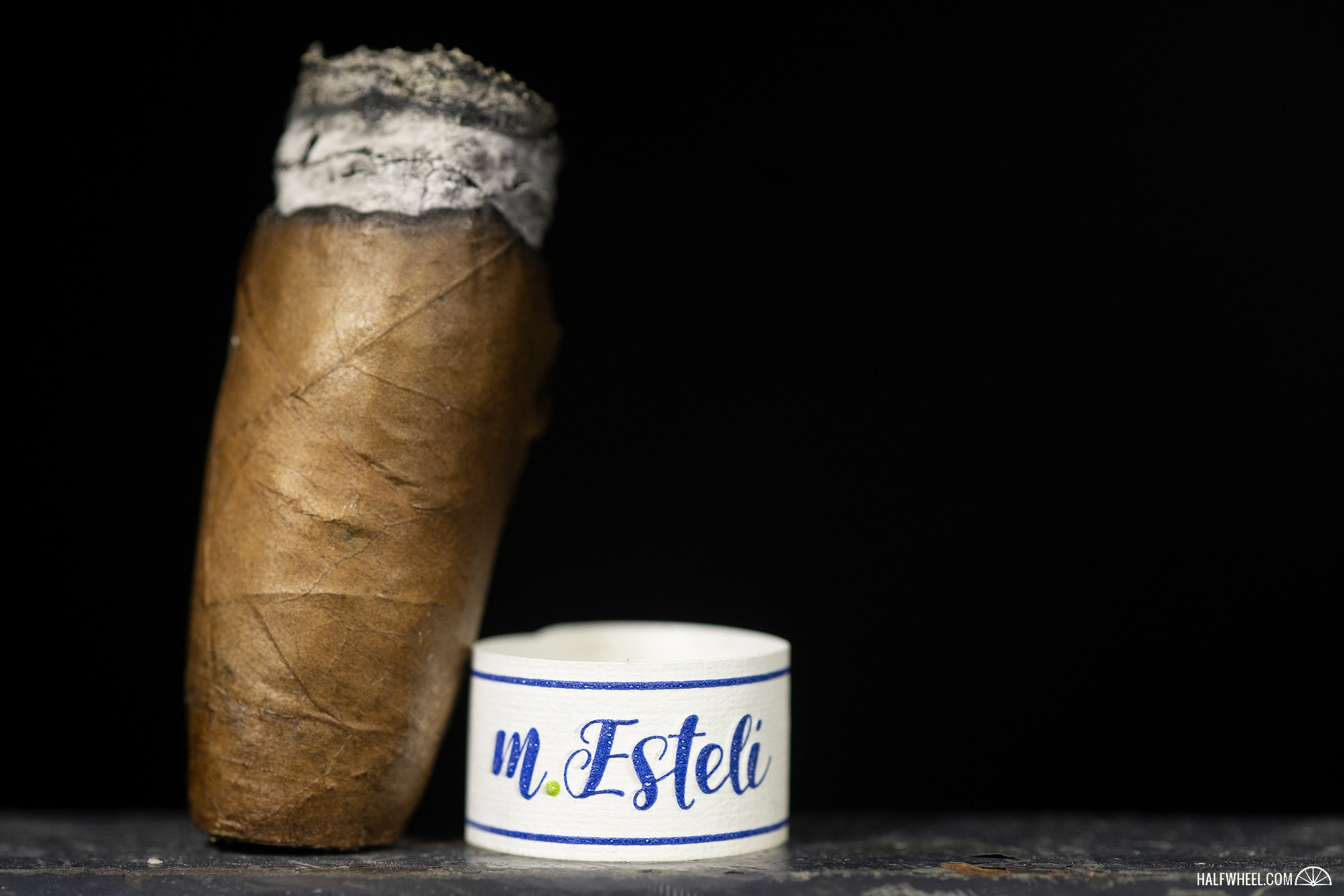 If you get a cigar that smokes like the two good samples I had, the M.Esteli Torpedo is going to be one of the better new buys of the year. It’s a cigar that probably wouldn’t be able to make our top 25 list, but it wouldn’t be too far off. At $7.95 for a 6 x 54 torpedo, the M.Esteli provides a great value in just about every way. Unfortunately, that one sample leaves me a bit jaded and the score quite a bit lower than it could have been. My lasting thoughts on the cigar might be my own questions about why this cigar is called M.Esteli or what happened with the packaging, but neither one of those thoughts should impact whether or not you buy the cigar.