Founded by partners Daniel Lance and Eric Domsch, Lujo Concepts announced its debut product, a new cutter last year with a design that was as interesting as it was unique.

Named the BTX, the cutter features a dual blade guillotine design, but replaces the standard button used to open most cutters with a magnetic interface. In fact, the BTX is built with three high gauss, shielded Neodymium magnets that not only keep the sides locked when not in use, also remove the need for a frame, which in turn has reduced the cutter’s overall size.

Measuring 3.8 inches long by 2.3 inches wide while closed and 3.7 inches wide when open, the Lujo Concepts BTX weighs 4.7 ounces and can be customized with more than 30 unique designs, including inlays of exotic woods, carbon fiber and exotic leathers like elephant and shark. According to the company, the cutter has an opening big enough to cut a 60 ring gauge cigar completely in half, and is also able to clip the cap of “most” cigars up to an 80 ring gauge. In addition, the BTX uses a 440C stainless steel blade that has been hardened to a HRC of 59.

The standard body option is priced at $374.99. In addition, the blades can be ordered with a nano layer black finish that uses a carbon plasma assisted chemical vapor deposition process to make the finish highly resilient for a price of $424.99. Visually, the Lujo Concepts BTX is obviously unique from the first glance, missing the normal aspects of other dual blade cutters on the market: there are no handles for fingers, no tracks for the blades, and no screws anywhere on the exterior other than one at the very bottom that holds the two sections together. What it does feature is a metal exterior with a curved shape for the thumb on one end and three indentions on the opposite side for the index, middle and ring fingers. In addition, there are two large magnets right under the opening on either side, while a third magnet is located on the top left of the opening to help keep the cutter closed when not in use. The main body of each BTX cutter is exactly the same, though there is a section of inlay that can be changed out on each side.

As I expected just from looking at it the first time, opening the Lujo Concepts BTX proved to be a bit complicated to open, at least the first few times. The obvious choice was to use two hands and pull each section away from each other, and while that worked fairly well it was also quite awkward, plus the fact that I hate having to use two hands if it is not totally necessary. So, I played around with it a bit, until I figured out that I could open it fairly consistently by holding the cutter in the palm of my hand and using my palm and thumb to essentially separate the magnets on each side while simultaneously pushing the two sections apart. After a number of tries—by which I mean more than 30—I was able to get the hang of opening it in this manner, and it is now fairly easy to do. Having said that, even after using the cutter for more than a month, it is far from a seamless operation when I open it, and it is virtually impossible for someone to figure out how to open the cutter one-handed without being shown.

As an actual cutter, the Lujo performs adequately, if unremarkably. The blades are sharp enough to cut cigars fairly easily most of the time, but I was left with pieces of tobacco more often than I would have liked, and I even busted the cap a couple of times, although that was rare. In fact, after using the cutter for almost a month, I think that the good cuts I did get were more due to the weight of the cutter and the amount of pressure you are able to put on the blades as opposed to any inherent sharpness. The sides do click together nicely when not in use, and there is no chance they are going to come apart on their own anytime soon, although I am able to pull the blades apart a few millimeters when the cutter is open if I try. 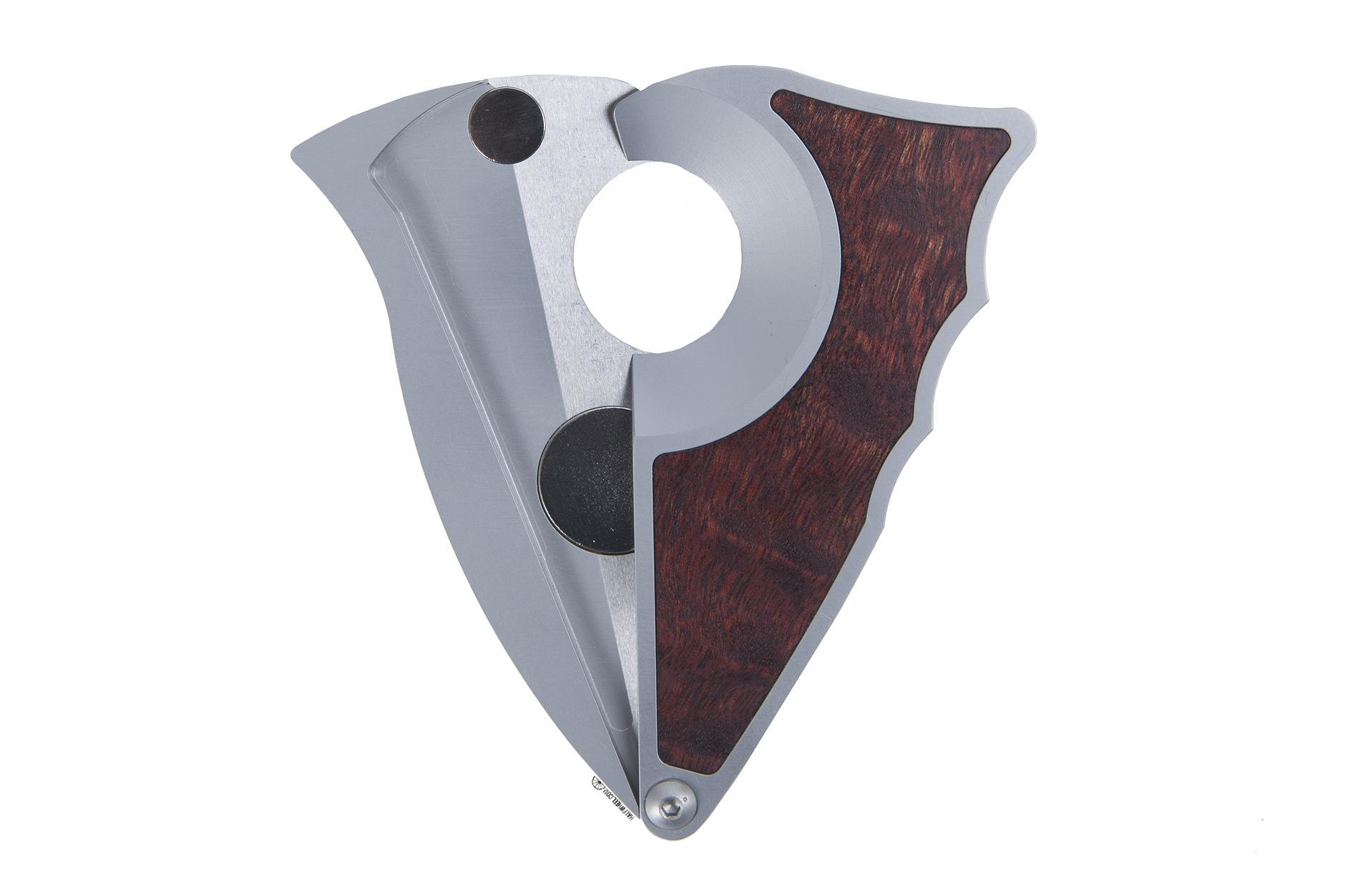 After using the Lujo Concepts BTX for over a month, there is quite a bit I like about it. First and foremost is the build quality, which is absolutely phenomenal, among the best I have ever seen in a cigar cutter. In addition to being dropped multiple times—mostly by people trying to figure out how to open it correctly—it has been been splashed with water, stepped on and even (accidentally) burned with the cherry of a cigar, with nary a scratch to be seen anywhere on it. I love that you can change out the inlays on each side, and the fact that every option is the same price is a huge bonus. Finally, all of the Lujo Concepts BTXs are made in America, something that is relatively rare in the world of cigar cutters these days.

Unfortunately, the Lujo Concepts BTX has a number of issues as well, with the obvious elephant in the room being the enormous price tag. Secondly, the weight is a major problem, as I just cannot imagine someone putting this heavy-as-a-rock cutter into their pockets and going out for a night on the town, or even to the local tobacconist shop. Finally, the blades are just not that sharp; in fact, I was able to push my finger against one of the blades with not a concern in the world that I would cut myself, something that I would not try with most other cutters. Due to its uniqueness, the BTX has no direct competition, whether you are talking about looks, operation, price or construction. There are many double action guillotine cutters on the market—including the Lotus Jaws, the Vertigo VC800 “Big Daddy” and the XIKAR M8, among many others—all of which cost significantly less while offering varying degrees in the quality of cuts. In fact, there is literally nothing on the market like it at his point, which could be considered both a positive and negative, depending on who you are talking to. Warranties are nothing new when talking about cigar cutters, but Lujo Concepts takes things in a different direction than XIKAR’s legendary program, which will replace cutters for any reason whatsoever at the retail level. Whatever model a customer selects, Lujo Concepts offers a lifetime warranty outside of cosmetic defects throughout the life of the product. In addition, the company offers to reunite owners with their cutters through a program called the Sentinel, which is similar to Tumi’s lost luggage program. In short, if you register your cutter with the company it will keep a record of it. if the cutter is ever found and someone contacts Lujo Concepts, they will then contact the owner. Of course, the program is heavily dependent on the finder deciding to contact the manufacturer, which might be a lot to ask. 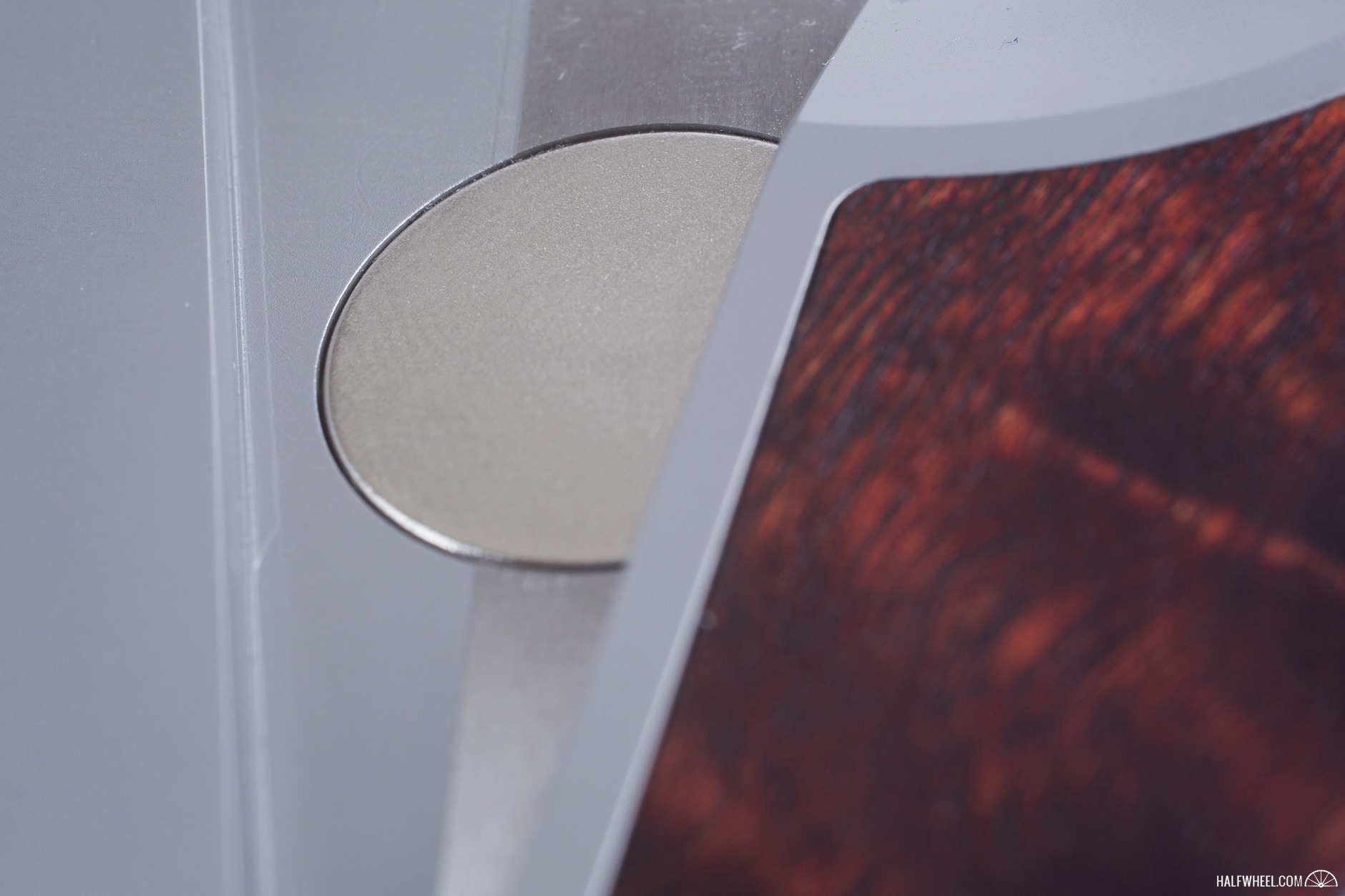 One of the biggest problems I have reviewing cutters is that for the most part, the vast majority of them perform close enough to make differentiating them based purely on performance somewhat challenging. That was not the case with the Lujo Concepts BTX, which had issues cutting cigars a number of times due to blades that seemed to be more dull than they should have been. Having said that, the cutter has a number of positives, including the revolutionary magnetic system that, far from being a gimmick, works exactly as they are supposed to in keeping the blades in place at all times. In the end, the BTX is visually unique and will most likely survive a nuclear apocalypse, but if you are looking to buy a cutter—$300 or not—there are much better options on the market.