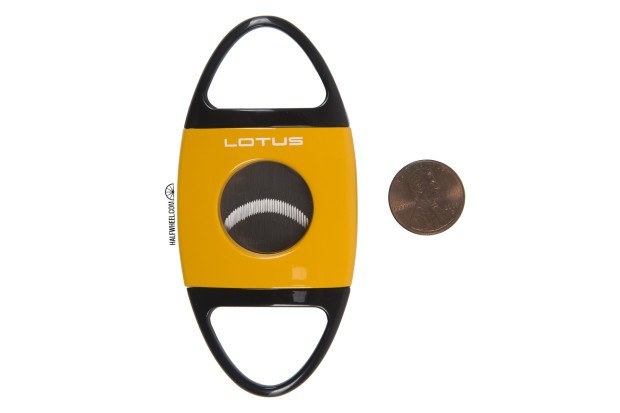 At the 2015 IPCPR Convention & Trade Show, Integral Logistics debuted a brand new cutter under its Lotus brand that is quite noticeably different than any other cutter on the market. Dubbed the Jaws, the new entry on the market is a guillotine cutter that incorporates double action serrated blades, a design that the company says produces an incredibly sharp and accurate cut of any cigar.

Design-wise, the Jaws cutter features an all metal housing and is offered in five different color combinations: glossy black, red and black, yellow and black, metallic brown and polished gold and jungle green and black. Each cutter can cut cigars up to a 62 ring gauge and carries a suggested retail price of $29.99, regardless of color combination.

At first glance, the Jaws cutter looks quite similar to other dual blade cutters on the market: there are the same handles for fingers, the same curved blades, the same easy cutting motion. However, once you take a hard look at the blades, you notice that there is something very obviously different. While the blades are the same shape as another Lotus cutters, the edge on both of the blades feature a saw-tooth design that is as novel as it is distinctive. 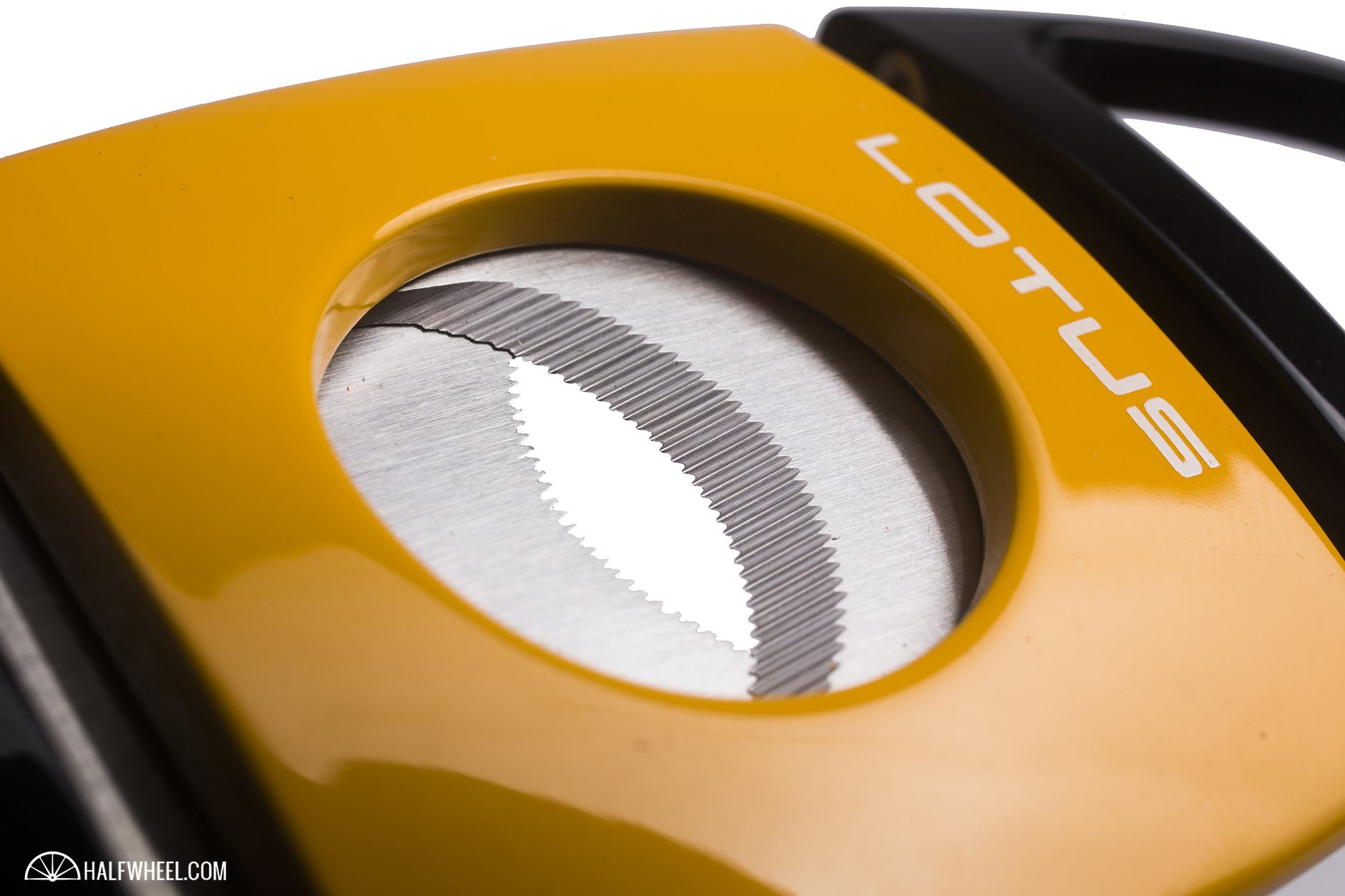 In terms of operation, the Lotus Jaws is a double action cutter, which means it features two opposing stainless steel blades that move independently of each other and meet in the center and are operated by two oversized oval handles for fingers on either side. As mentioned above, the blades are serrated and quite sharp, to the point that you will take out small chunks of flesh if you run your finger along the edge too hard, something I did purely for this review, but I learned my lesson after doing it once.

After using the Jaws cutter almost exclusively for more than a month—including for nearly every cigar I smoked on my trip to Cuba—I can safely say that it has some very good points, as well as some detriments. On the positive side, the blades are extremely sharp and move very well along the tracks that they are on, and there were no issues with cutting cigars in that regard. The cutter is fairly heavy—especially when compared to a cutter made of plastic or resin—but that really helped give the cutter balance when cutting cigars. In addition, the oversized finger holes on the handles was nice for a larger man like myself, something I wish more cutter companies would take into account.

Of course, having said all of the above, there were some issues as well. First and foremost are the blades, which, while unique, had some issues every once in a while with getting small bits of tobacco stuck in the jagged edges. As you can imagine, these are not easy to pick out, although most pieces did come loose with some hard blowing. The fairly heavy weight is a positive when you are talking about giving the cutter balance, but it did get to be annoying when I was carrying it in my pocket for long periods. In addition, the limitation of only cutting cigars up to 62 ring gauge could be a bit of an oversight for some people, especially as 70 and 80 ring gauge cigars become more and more common. 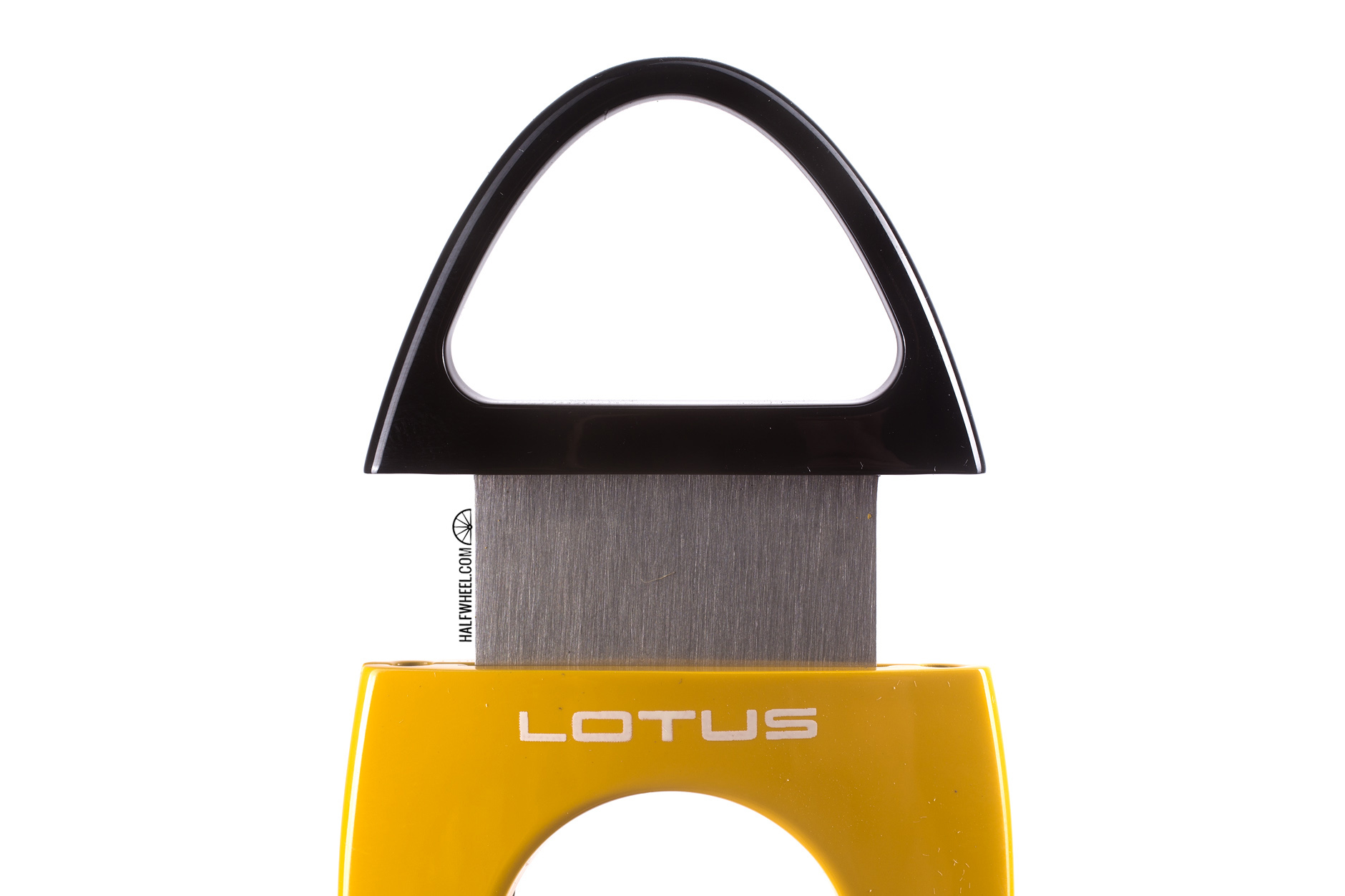 When looking at the competition for the Jaws, there are plenty of double action guillotine cutters but there is really nothing on the market that even comes close to the sum of its parts, thanks to the aforementioned unique serrated edges. The Jaws is easily a better cutter than the Vertigo VC800 “Big Daddy”—albeit three times the price—and while it feels slightly more substantial than the XIKAR M8 and costs $20 less, it does not cut cigar caps quite as smoothly. In addition, the Jaws cutter doesn’t come close to being able to cut the same size ring gauge cigars as either of those, something that will put it out of the running for larger ring gauge smokers. 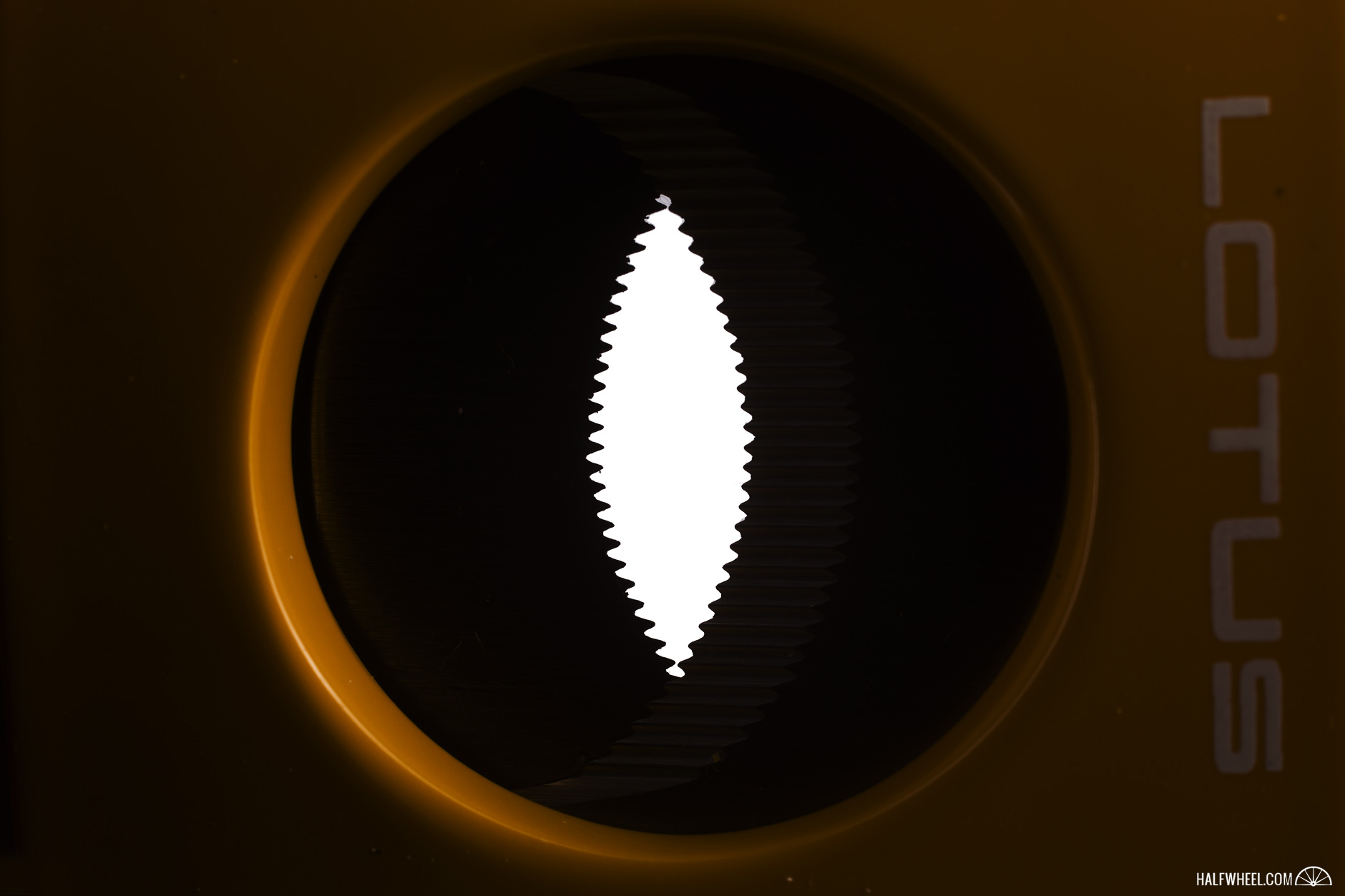 Lotus covers the Jaws with a limited lifetime warranty, which covers mechanical defects “under normal use,” but excludes damages resulting from “accident, misuse, tampering or abuse.” The warranty does not cover issues resulting from bad repairs, nor does it cover damage to the outer finish or “natural wear and tear.” In comparison, XIKAR covers everything they produce with an unlimited lifetime warranty, and will replace any product they offer for any reason under the sun, while Colibri only guarantees its cutters for two years.

It seems to contradict normal thinking putting jagged-edged blades on a cutter that is meant to slice in a straight line, but thankfully, you are going to be disappointed if you are looking for a jagged cut on your cigar using the Jaws cutter. While I have to admit that the unique cutter does cut cigar caps quite well, I can also admit that the cuts are not as clean as the ones I get from my go-to cutter, the XIKAR M8. In addition, there were times when small pieces of tobacco got caught up in the edges, although most of them were easy to dislodge. In the end, while it looks very unique and works as it should for the most part, I am just not sure why you could choose a Jaws cutter over something a bit more traditional, although the competitive price of such a well-made cutter has to be taken into account.

Site sponsor Cigar.com has the Lotus Jaws Cutter in stock.