The Lotus Group/Integral Logistics has announced that it will be adding a quartet of new lighters to its flagship Lotus brand this year.

The headlining new product for the Lotus brand is the Citadel Flat Flame 3, which features a lightweight metal housing and wind-resistant flat flame that is guaranteed to work up to elevations of 8,000 feet.

For those cigar smokers looking for a lot of firepower, particularly at higher elevations, the triple-flame Lotus Fusion could do the trick. The single-action ignition is said to work up to elevations of 12,000 feet, and it too comes with a punch cutter that folds out from the base.

The Lotus Group also has two new entries in the triple-flame torch segment that are both priced below $50. First is the Kronos, which is priced at $49.95. Its three wind resistant torch flames are fired by a single action ignition mechanism that the company says will work up to 11,000 feet.

The Lotus CEO offers a triple-flame torch in an all-metal housing that measures 3 1/8″ x 1 1/4″ x 7/8″. The flames are housed under a flip top lid and ignited by a large, pull-down button on the front of the unit. It also comes with a fold-out cigar punch, large flame adjuster and fuel window. 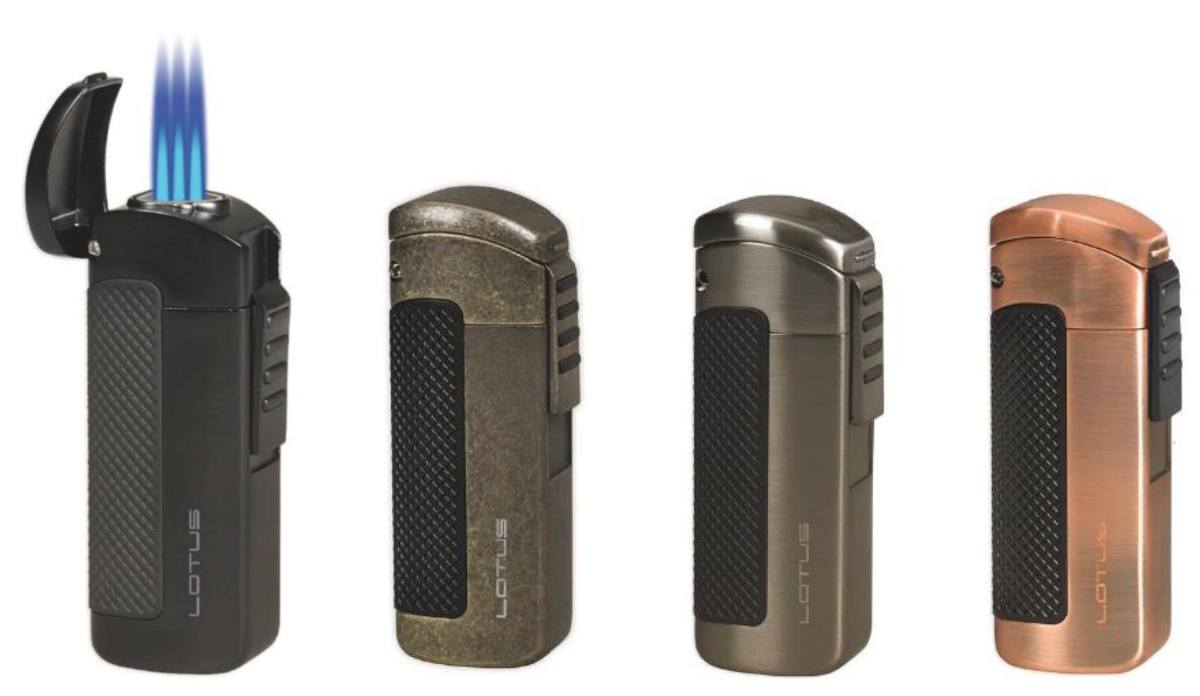 It is offered in four finishes: black matte, antique pewter, gunmetal satin, and brushed copper, each priced at $39.95.

All of the new products are expected to be on display at the 2017 IPCPR Convention & Trade Show, which runs July 11-14 in Las Vegas, Nev. Shipping dates have not yet been announced.