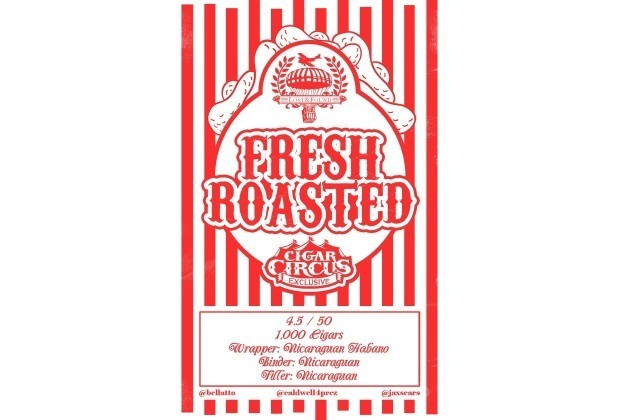 The team of Tony Bellatto, Robert Caldwell and Jaclyn Sears will unveil the latest release in their Lost&Found series at the upcoming Cigar Circus, held Sat. June 13 at The Westside Humidor in Wichita, Kan.

Like the other releases in the series, little is being disclosed about the cigar, other than that it is a Nicaraguan puro with a habano wrapper. It measure 4 1/2 x 50, with 1,000 cigars being released, and was made in 2012 at an undisclosed factory in Nicaragua.

The cigars are being packaged in ten-count bundles with an MSRP of $9.95 per stick or $99.50 per bundle.

It is the latest release in a busy first half of the year for the Lost&Found brand, as they have already released a retailer exclusive for Cigar Federation called Racks on Racks, as well as two groups of other releases: Le Pigeon, Rebel Bingo, Spam Artist, Pepper Cream Chocolate Crush and Swollen Cock; as well as Holy Braille, Buck 15, Silent Shout and Supreme Creme 2015. The project also underwent a series of name changes to start the year, going from Impromptu to BCS to Lost&Found.

Lost&Found is a collaborative project where cigars, oftentimes made for other people and projects, get released under the Lost&Found banner at a later date.