In 2014, the cigar world was introduced to the idea of “found cigars,” cigars that had been either lost, tucked away, or simply forgotten about in factories throughout Central America and the Caribbean, by way of a new project called Impromptu that was launched by Robert Caldwell, Tony Bellato and Jaclyn Sears. Since then, the name has been changed to BCS—or Bellatto/Caldwell/Sears—and then Lost&Found, while the number of releases under that banner has grown significantly.

One of the key aspects of the project was that no one was taking credit for making the cigars; only for finding them, repackaging and rebranding them, and bringing them to market.

Since Lost&Found debuted, Caldwell has continued to release cigars under his own name, while also partnering with Matt Booth of Room101 on his return to the industry, first by way of a pair of collaboration cigars, Hit & Run and The T., then by handling distribution of the Room101 Farce, the first Room101 cigar since Booth’s departure from Davidoff of Geneva USA, and at the time, the cigar industry in general.

To further their cigar-related partnership, the two entities—Room101 and Lost&Found—announced in April that a trio of “very small batch limited releases” would be coming to market, the first of which has a name and imagery that will almost certainly make the more distinguished members of the cigar industry either blush or simply shake their heads.

It also comes bearing a modified logo that features the Lost&Found logo in between two 1s. While I wouldn’t call it a dead giveaway, the SuperStroke has a pretty typical looking Ecuadorian habano leaf, as it’s a bit dry and matted in color, while showing a distinct shade of brown that reminds me of a debarked tree. While the color makes the cigar appear a bit dry, the wrapper has a bit of oiliness and is smooth to the fingers, with only the occasional vein interrupting the texture. The roll quality is good, firm without being hard, and generally very consistent from head to foot. The foot has a bit of pepper to it along with dry wheat, some woodiness and a bit of dried tobacco aroma, while two samples have a bit of a floral sweetness. The cold draw is near perfect in terms of airflow, while the flavors are a bit more muted and lean towards a generic, Cheerios-like cereal note with only a slight bit of pepper, although one sample has an artificial sweetness that turns the Cheerios thought into Froot Loops.

The profile of the Lost&Found SuperStroke’s first puffs certainly isn’t shy about the Ecuadorian habano wrapper, with the leaf’s signature pepper and dry, somewhat earthy profile shining through. One sample is noticeably creamier than the others, and it’s a good addition to the profile, though it does appear to mute some of the pepper. Retrohales offers a decent amount of pepper as well, and seem to take on the same creaminess quotient as what the palate picks up, though there is also a bit of a woody spin in this portion. The smoke stays on the warm side as the first clump of ash gets tapped off just at just over an inch in length, while some black pepper works the back half of the tongue and mouth. The SuperStroke Corona finishes the first third around medium-plus for flavor and strength, with no problems from the burn line, draw, or smoke production. 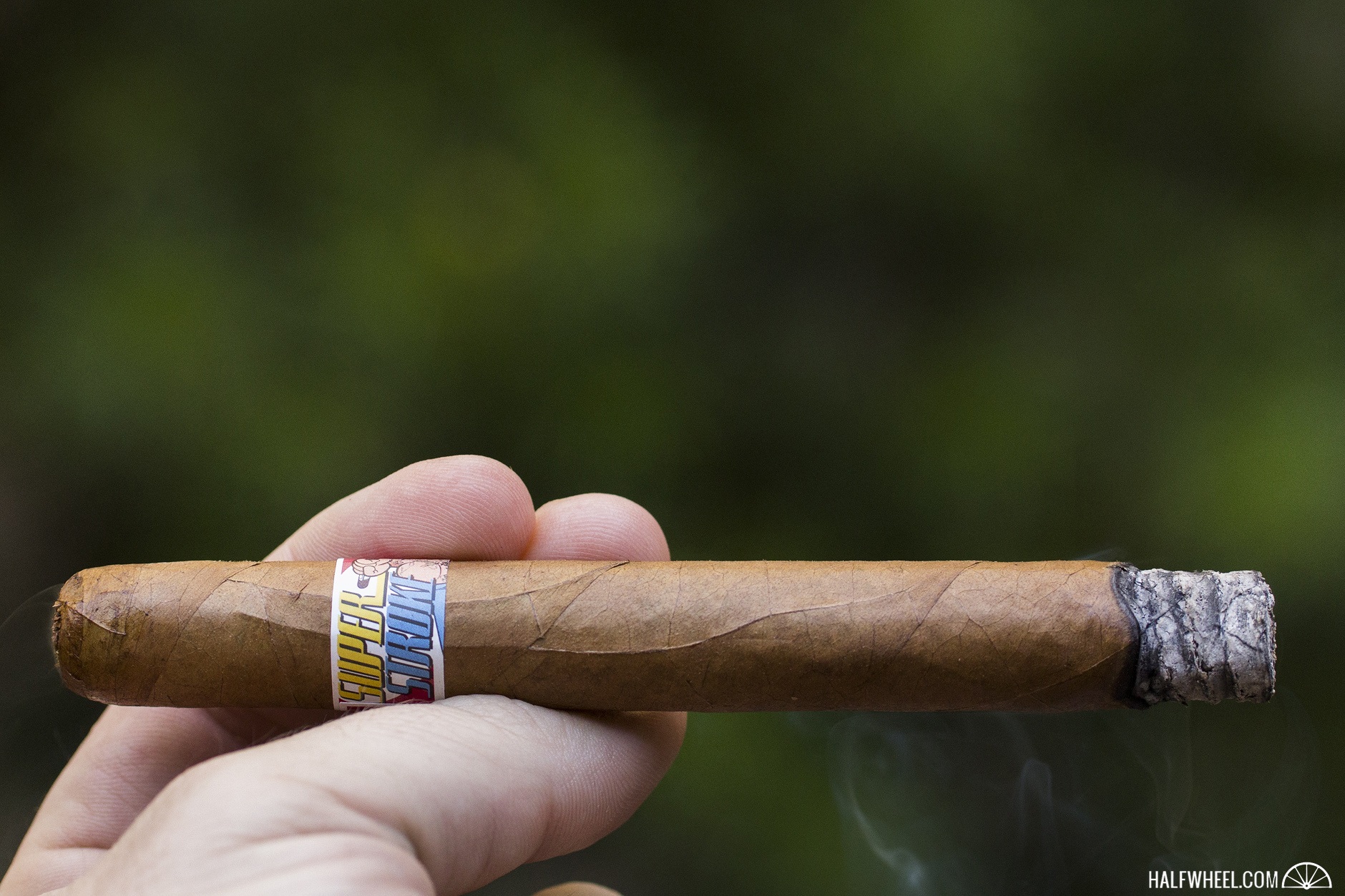 There seems to be a bit more strength from the Lost&Found SuperStroke entering the second third, though it varies from sample to sample. What I do find for certain is a touch of sweetness, generic at first but then shifting towards a vanilla macaron. In one sample, it’s an evolution of the creaminess that appeared in the first third, while it appears suddenly in another sample. The retrohales approaching the midway point show punchy black pepper that is quite dialed in and focused; it’s not the punch of youth, but hits its marks with refined precision. Through the midway point, the sweetness begins to dissipate, giving way for more of the black pepper and turning the cigar a bit more robust and at certain points, raw with the pepper. The black pepper ramps up a bit in the approach to the final third, becoming gruffer on the palate and back of the mouth. The technical aspects have all been quite good, with only one sample needing a touch-up due to some inattentiveness on my part. 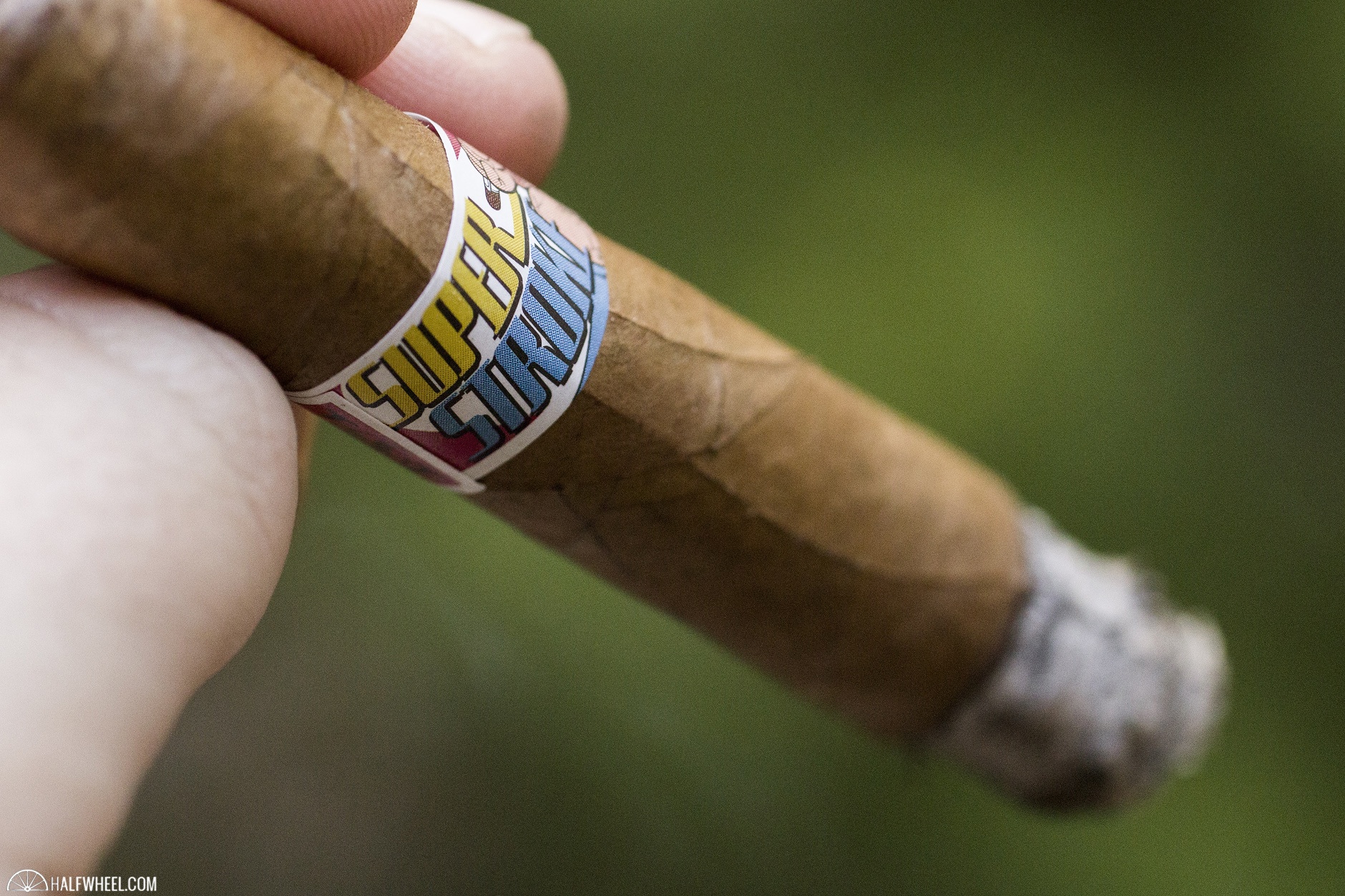 The Lost&Found SuperStroke Corona is still on the robust side as it enters the final third, and has me thinking more about the texture of the smoke and what the pepper is doing from a physical reaction standpoint more so than what flavors the profile is offering. One sample also shows the smoothness of its age better than the other two, and is also the one that holds onto its creaminess better. There’s still some pepper to be found and it stays lingering on the front half of the tongue, while earthiness has mellowed and now is more a suggestive undertone than a dominant component. The smoke gets a bit hot almost the moment I’m forced to remove the band, which redirects the profile into a sharper one, and it’s not for the betterment of the cigar, though it can be minimized by spacing out my puffs. It finishes with no technical issues, a bit more earthiness and pepper, and a slightly gruff finish on the tongue. It's a shame that the true backstory of this cigar isn't known by anyone outside the Lost&Found team and those that made it, as this is a cigar whose origins should certainly be acknowledged and commended. While I can't speak to how it would have performed when new, seven years of rest has seemingly done it no harm, and if anything, helped it become a very good cigar. The technical performance was outstanding, and if you're a fan of Ecuadorian habano, this is a pretty good example of how good it can be when used properly. One could certainly do a lot worse than spending an hour with this cigar, and thus gets an easy recommendation should you come across it.