In February 2014, the trio of Robert Caldwell, Tony Bellatto and Jaclyn Sears announced a new project called Impromptu, a series of small batch releases that Caldwell found on his travels prior to launching Caldwell Cigar Co.

At its launch, the line was described as “a continuing series of extremely limited production blends of some of the most rare, exotic and hard to acquire tobacco varietals that the boutique cigar industry has yet seen.” Impromptu debuted with four releases: Pepper Creme Soda, One Night Stand, Backdoor Bambi and the Lost Reserve. It was made clear that none of the three individuals had anything to do with the blending of the product, rather it was Caldwell who simply discovered them and helped bring the cigars to the market.

After adding another release called Stout in June 2014, the line had been relatively quiet until the trio announced four new releases in early February: SilentShout, Buck 15 and the return of the Pepper Creme Soda but in a toro vitola and with the name Cream Machine were the first three, followed by Holy Braille a few weeks later.

Also new was the name: Impromptu was out and Bellatto/Caldwell/Sears, or BCS was in — briefly. Just after the virtual ink had dried on that announcement, the series changed names again, this time to Lost & Found. The name comes from what Caldwell said he was doing on his travels: finding great lost cigars and sharing them with friends. 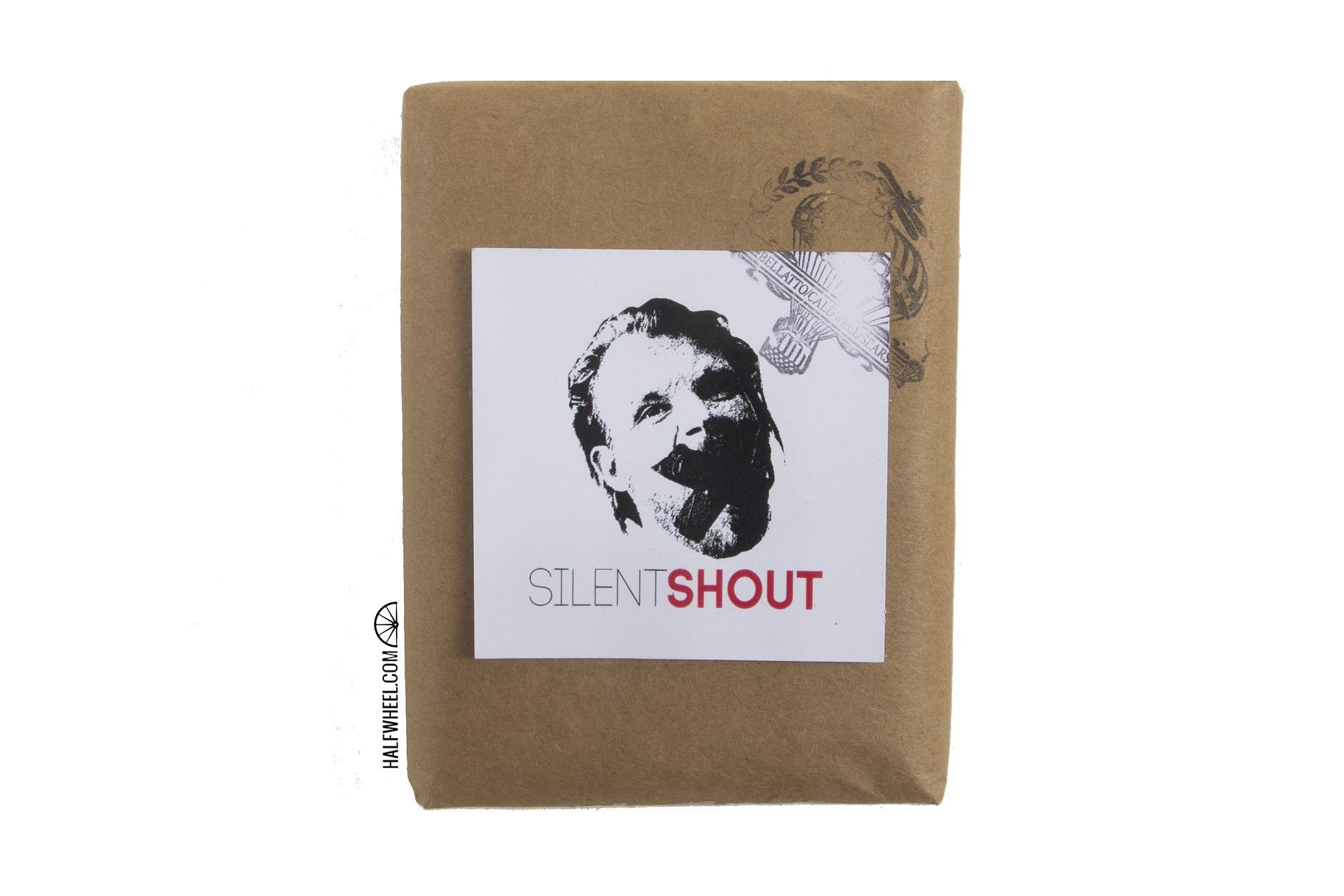 As has been the case with other releases in this series, many of the specific details are being omitted; in this case the factory and blend specifics are the most notable omissions. In the hangtag attached to each five-pack, Bellatto describes the cigars:

These little fuckers are beasts. They are creamy and smooth to start but finish with a lot of depth and complexity. I found myself always grabbing bundles of these when I was in the DR and then realized if I smoke them all, we cannot share them with you.

Also on the tag is a note that the cigars are a 2008 vintage, measure 4 x 42 and that there were 3,000 cigars released. There’s a bit of information on the tobacco used and that the profile is “Creamy Smooth Earthy Rich Crisp Finish.” 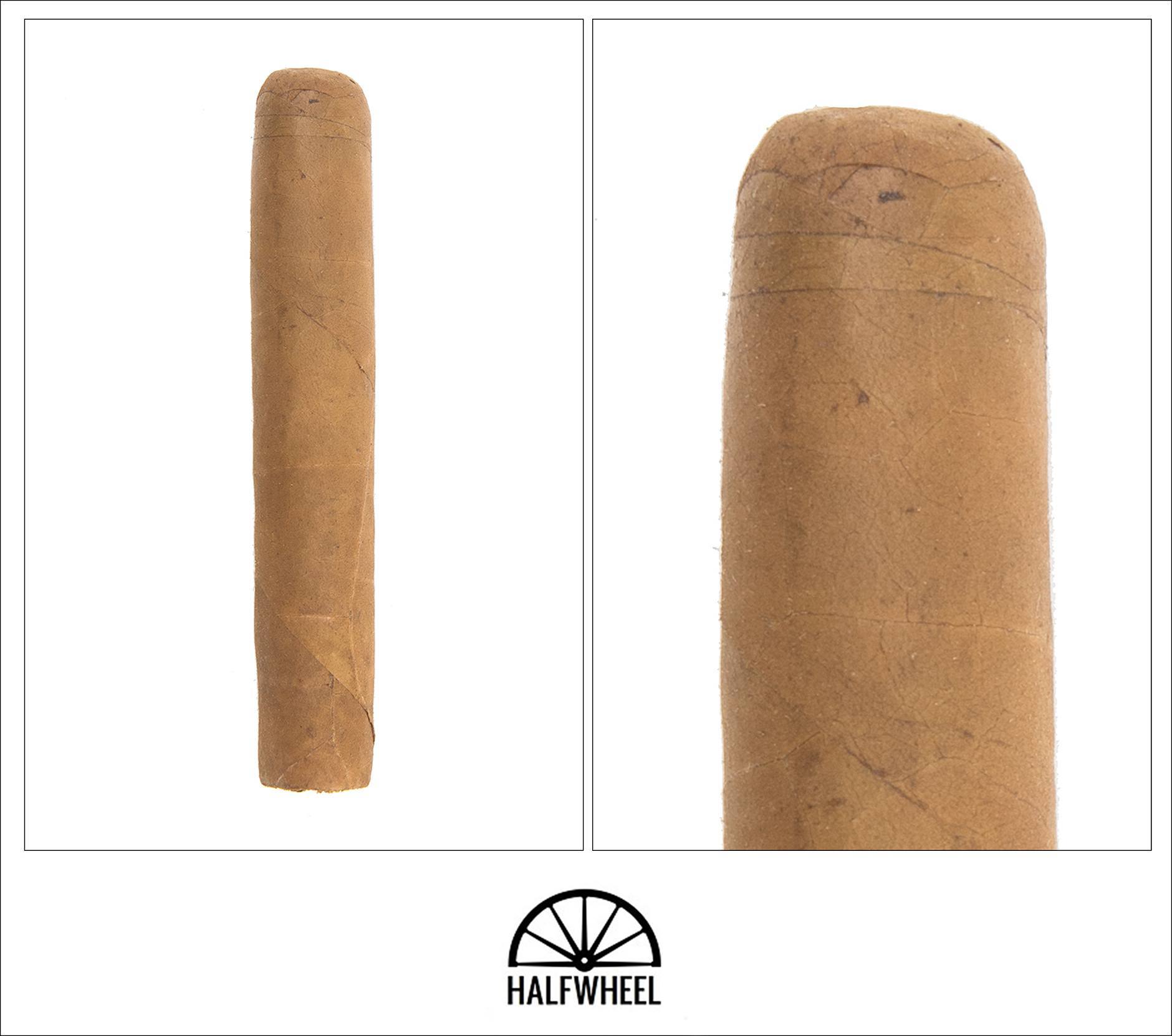 The Silent Shout is certainly a unique vitola when compared to what’s on the market these days, a short and fairly slender cigar that feels like half a lancero in the hand, though the ring gauge is just slightly bigger. The wrapper is a muted hay color with plenty of small veins providing a criss-crossing visual map for the eyes to try and follow. It’s a firm cigar showing little give, and I’m not tempted to challenge it given what looks like a very thin wrapper. The construction looks and feels good with a cap that drapes over the cigar’s shoulders, though I would like to see the seam lines a bit flatter and tighter in a few spots to really solidify the presentation. The pre-light aroma is neutral and subtle, with notes of hay and cereal grain. The cold draw is a bit firm and equally as mild and neutral as the aroma, adding a bit of charred wood in one sample.

I smoked the first Silent Shout for this review early on a Sunday morning and the delicate flavors seemed to match up perfectly with the laid back vibe of the day, though again my senses might not have been quite as awake as they were later in the afternoon, when I pick up a big peppery kick to start off the cigar. I don’t get the creaminess and smoothness that the cigar’s description said was there, but there is a good bit of complexity to contend with, as the pepper doesn’t overshadow the subtle wood and grain notes, which in one cigar pick up a bit of char that doesn’t do the profile any favors. I get my first bit of creaminess with the burn about half an inch along, a subtle note that shows up quickly and adds to the flavor without dominating it. The burn line has been sharp and even, with the burn rate a bit a slower than I would have imagined and something that I attribute to the firm draw. There’s a bit of pepper in the nose but it is very subtle and quickly dissipates; probably the easiest retrohale I can recall in some time. 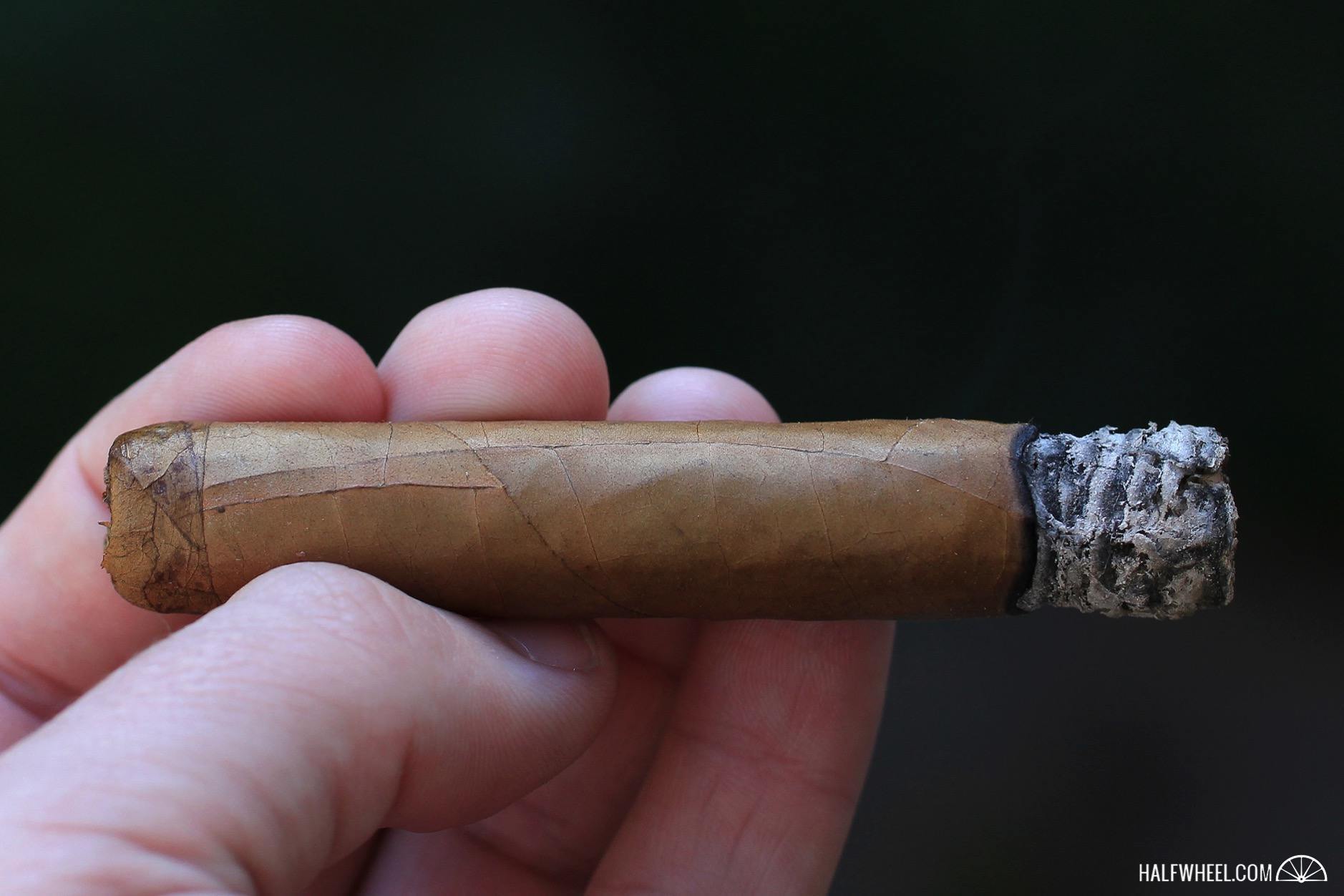 The creaminess picks up just a bit of sweetness during the transition to the second third, while there’s a touch more pepper in the retrohale and the overall aroma is a bit fuller with a leading note of kindling wood. The one sample that showed the charred notes continues to do so in the second third, lending an unnecessary edge to the cigar that overpowers the otherwise enjoyable flavors. There are times where the SilentShout feels like it’s going to take a step forward in strength but it always teases with a bit more pepper before quickly retreating. There isn’t much in the way of flavor shifts going on as the burn line makes steady, even progress up the cigar. Retrohales are a touch more powerful but remain very smooth and easy to handle. 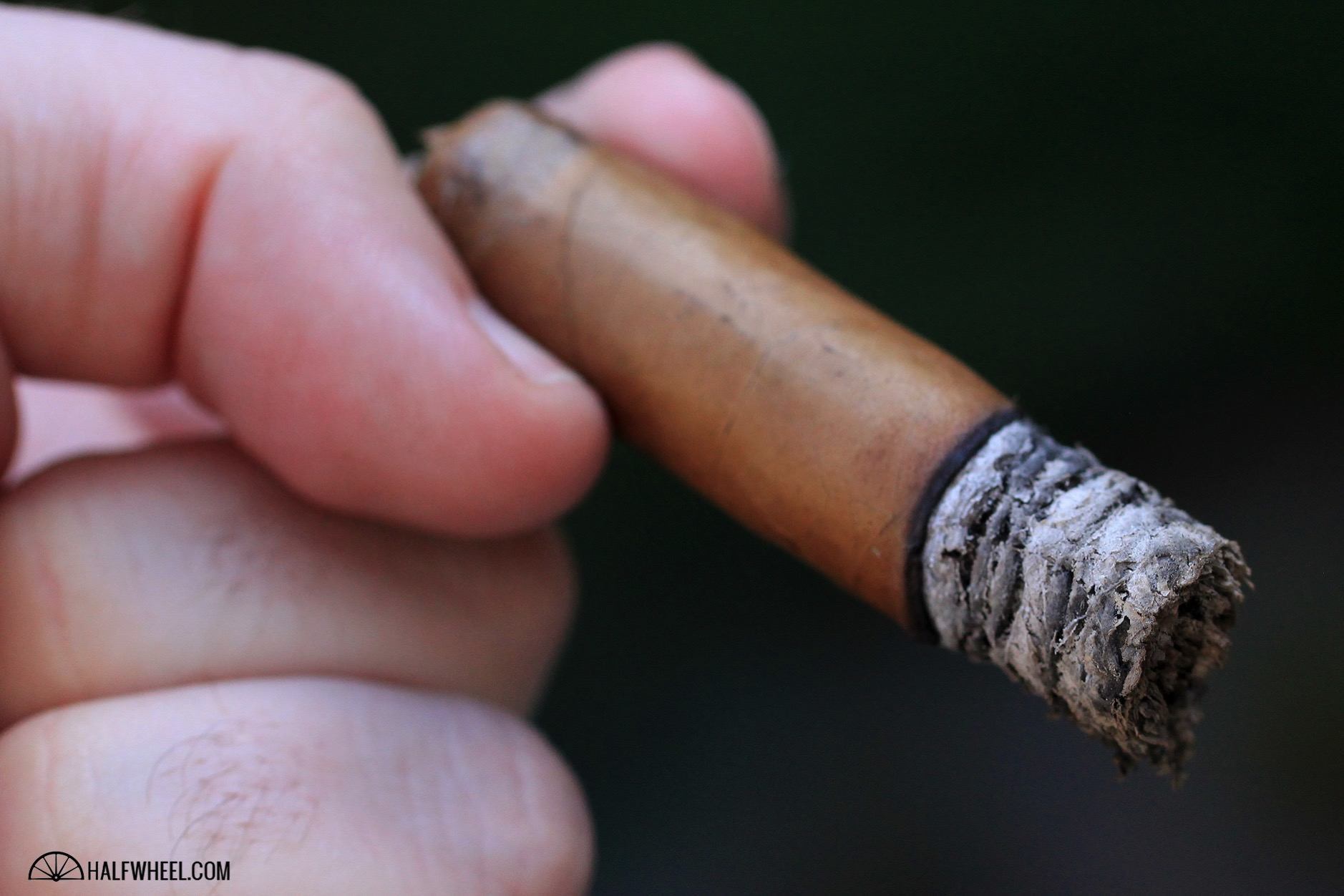 Flavors and aromas really come together in the final third of the SilentShout, as the creaminess gets a boost and becomes a fuller flavor, carrying with it some sugary sweetness that reminds me of finishing off the milk after a bowl of sweet cereal. It’s particularly noticeable in the second cigar I smoke, which was by far the most flavorful and balanced of the three, while the first was still a bit on the mild side. The burn line continues to be fantastic and carries the cigar down to under an inch, if you choose to smoke it that far. 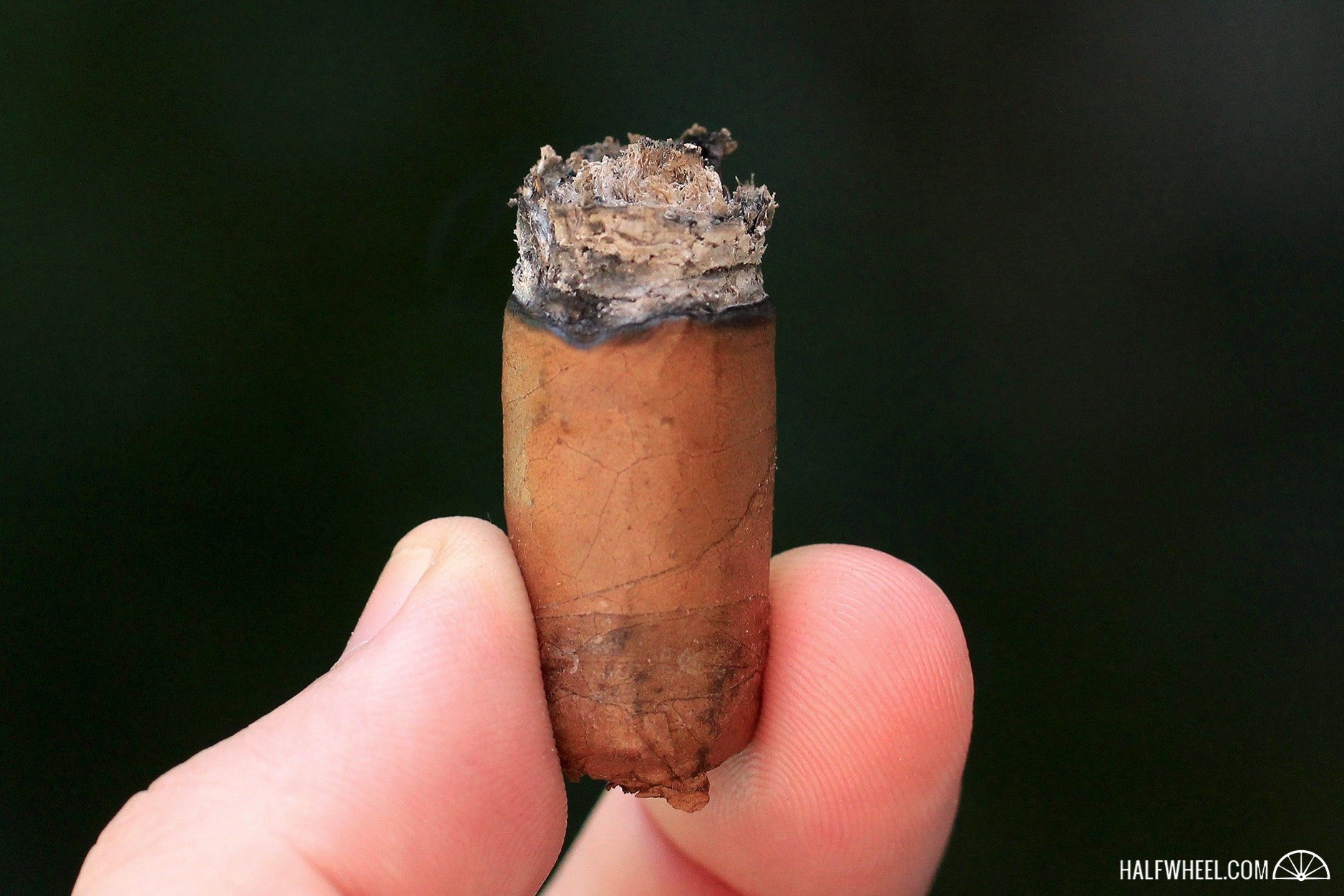 The only thing holding the Lost & Found SilentShout back is consistency. I cannot say I had the same experience between the three cigars I smoked, other than some common core notes that played out in very different ways, almost a perfect example of the Goldilocks principle: one was too mild, one was too harsh, and one was just right. Give me that second cigar on a regular basis and I'd certainly buy a five-pack for when I want something full flavored but easy on the pepper and loaded with a creamy sweetness. But am I willing to risk only getting one or two of those in each pack? At this point, I'm not sure I do.