When I was talking with Atlantic Cigars about the Viaje Exclusivo Lancero two weeks ago, they mentioned that they had a small batch cigar they were releasing made with Aganorsa leaf by Casa Fernández. I (of course) picked a few up to photograph and review.

The marketing people at Atlantic Cigars have laid everything out, so instead of reinventing the wheel, I thought I would just quote them:

Atlantic Cigar, for those who aren’t familiar with the company, is a family run business. Five brothers have been running the company for the past 15 years, if you’ve placed an order with Atlantic in that time; chances are you have spoken to a brother Scipioni. When coming up with a concept for a collaboration project between Atlantic and Paul Palmer of Casa Fernandez, they decided to finally pay tribute to the brothers by calling this special cigar “Los Hermanos”, the brothers.

Created by the people of Casa Fernandez & Tropical Tobacco, the Los Hermanos blend was created using Casa Fernandez’s legendary Aganorsa leaf and the skilled blending of even more legendary Arsenio Ramos. The Cigar was created from Criollo 98’ seed, Nicaraguan fillers and binders, and a Café’ Colorado wrapper to finish the cigar off. The cigar is a consistent full-bodied and rich smoke with great balance and flavor. A pleasant mixture of balanced spice and sweetness as only Aganorsa leaf can produce.

All of the Los Hermanos cigars are made in small-batch quantities once a year to maintain quality and consistency, the number of boxes will vary from year to year based on the availability of the tobacco.

The Los Hermanos comes in boxes of 20 with only 300 boxes of each size released. At launch, there are three different vitolas, which are: The cigar itself is a beautiful specimen with a dark cinnamon brown wrapper that is fairly rough to the touch. It is quite firm when squeezed, but not hard, and has a triple cap. The wrapper smells strongly of dark chocolate, barnyard, sweet hay and a bit of mint.

The first third starts off with competing strong notes of leather and (bitter) espresso, along with the perfect amount of spice on the tongue. There is a nice amount of black pepper on the retrohale as well, but the strength of the pepper is inconsistent — strong at first, then backs down to a background note at the end of the third. There is a nice sweet floral note as well, but it ebbs and flows throughout the first third.

The second third shifts profiles a bit, with less spice on the tongue, less pepper, although still present, and quite a bit more sweetness on the forefront. It is a great sweet hay/nutty note that really sets off the rest of the profile and adds quite a bit of complexity as well. There are also notes of sweet chocolate and some coffee as well, but they ebb and flow like the floral note. The strength also really ramps up as well, and is easily a solid medium at the end of the second third. 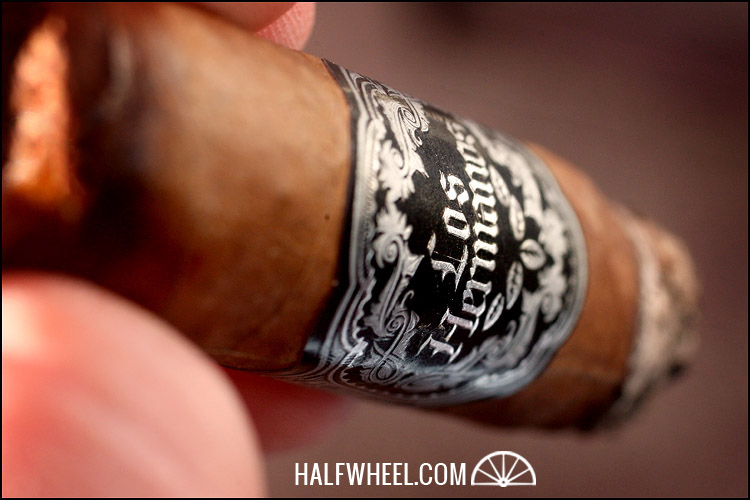 The final third has a dominant sweet nutty note, along with some chocolate, leather and cedar. The spice and pepper are almost totally gone by this point, and the strength ends at a strong medium. I was surprised at how much I liked these cigars, both in flavor, complexity and construction. The Robustos were almost perfectly balanced (the Gordo and Toro less so), with awesome construction and that great sweet background note that really made the profile shine. Throw in the great price—the Robusto is just over $6—and it is easily a candidate for a nice every day stick.