Back in 2014, Caldwell Cigar Co debuted with three lines: Long Live The King, The King is Dead and Eastern Standard. Since then, the company’s releases have expanded to include new lines and new sizes for the existing lines. Long Live The King was released in four sizes initially, with a fifth regular production size added in 2015.

Early in 2016, it was announced that California-based retailer Small Batch Cigar/Maxamar Ultimate Cigars would be receiving a store exclusive of a new size of Long Live The King called Harem. It was the smallest of the line, and though it was the sixth size – they were all parejo shapes. 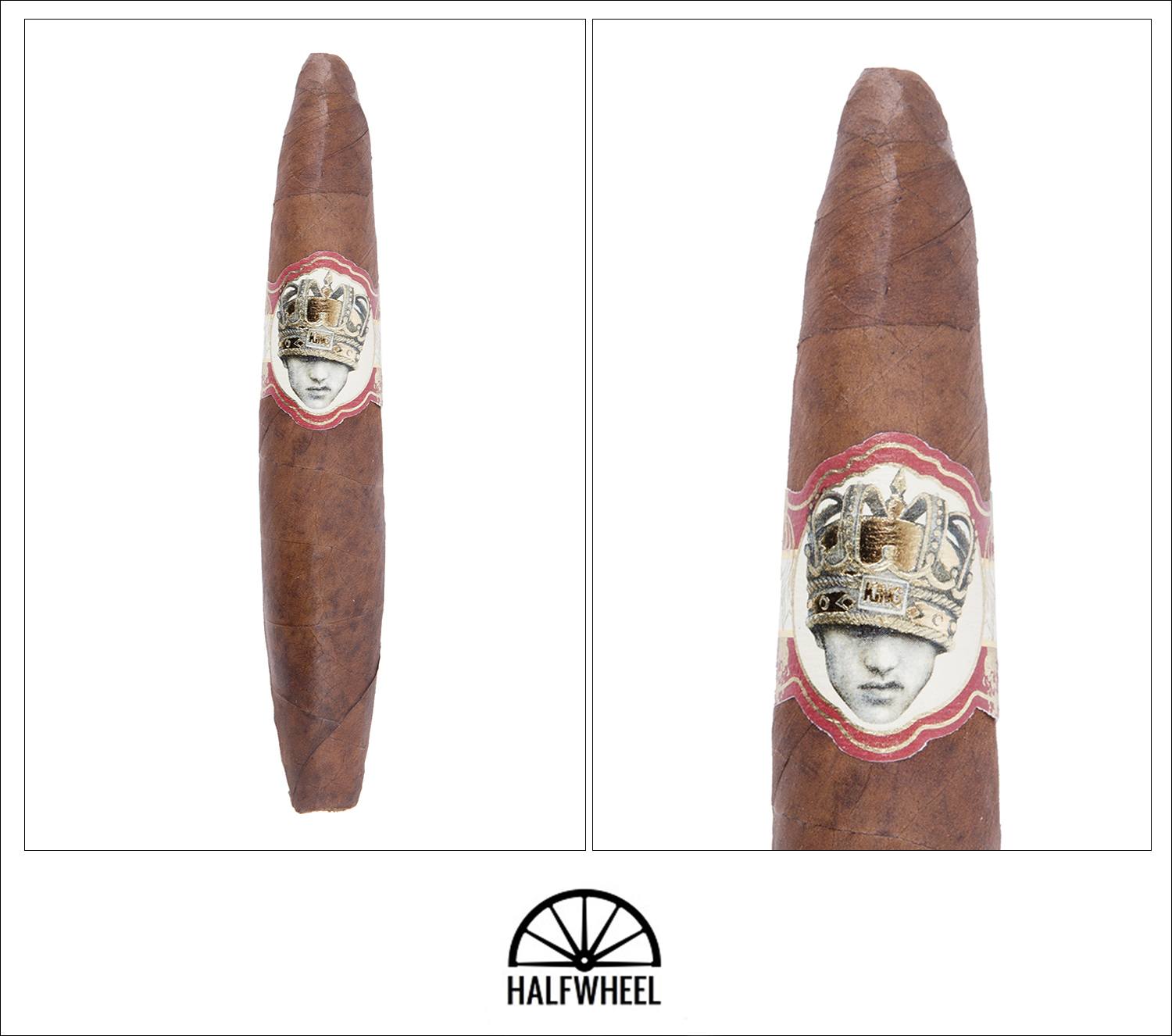 The wrapper of The Crowning is bumpy, but very soft and oily, almost like a damp leather. There is a bit of give here and there when squeezed, though not much. A big barnyard aroma of earth, leather, damp hay and wood comes off the wrapper, while a sweet spice, bread, almonds and cocoa give the cold draw a flavor much like bread pudding.

Starting into the first third the sweet spice from the cold draw dominates my palate. Following it closely is some oak, gingerbread, caramel and a touch of coffee. Though the burn line is mostly even, it’s also thick which creates this craggy, dark line between the unburnt wrapper and the ash. Dense, dark gray ash holds on easily to around the inch mark. A general nutty note has developed along with a touch of black pepper, creating a complex and balanced profile. 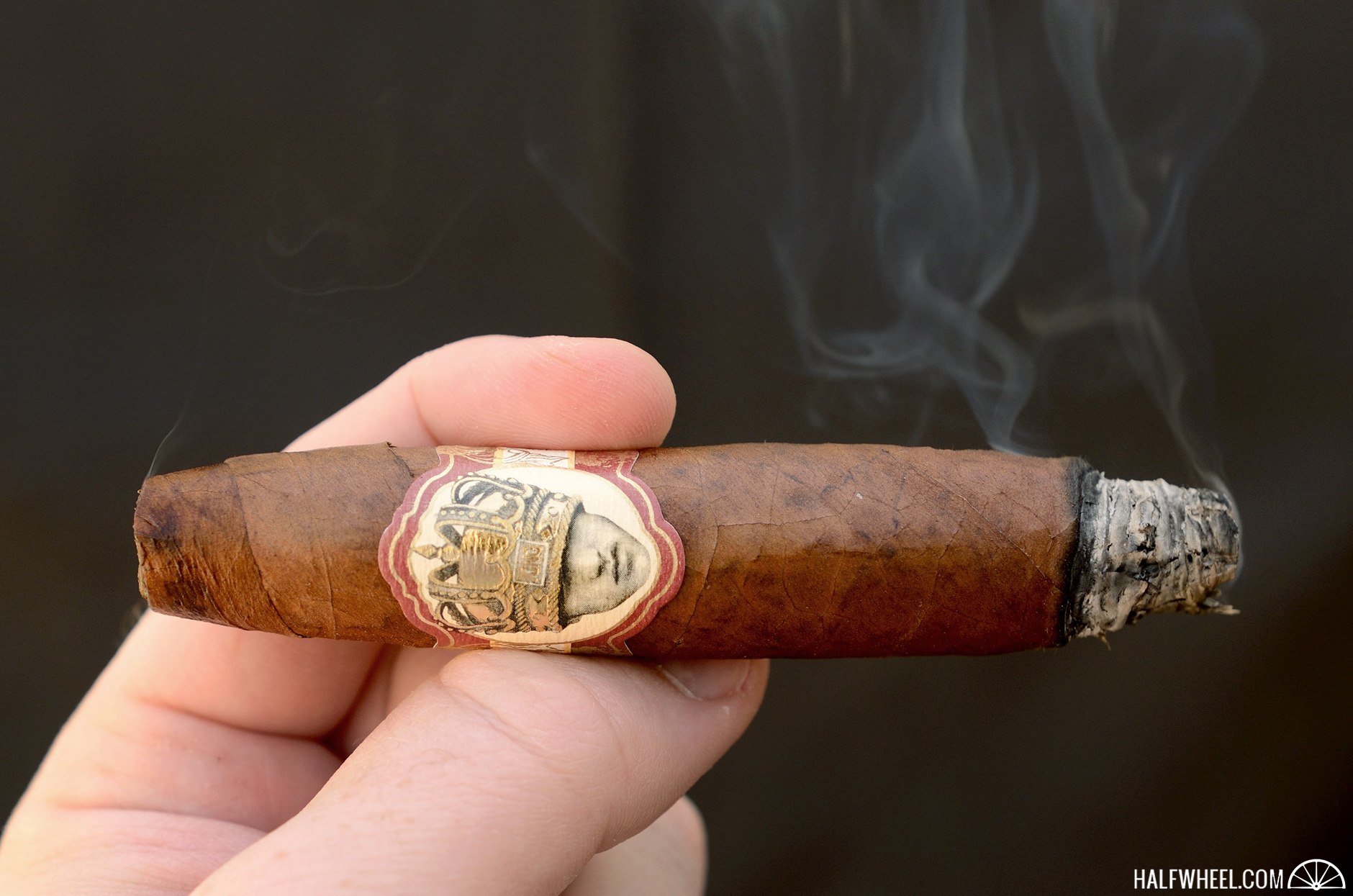 The second third of The Crowning sees the sweet spice get more rich and bold up front, along with a slight increase in the nuttiness. The gingerbread and oak notes in the middle appear to be the only ones that have stayed consistent, while the pepper, caramel and coffee all fade into the background. While the burn has stayed mostly even, around the middle of the cigar only about a quarter of the wrapper was still burning, requiring a touch up to get it back on track. 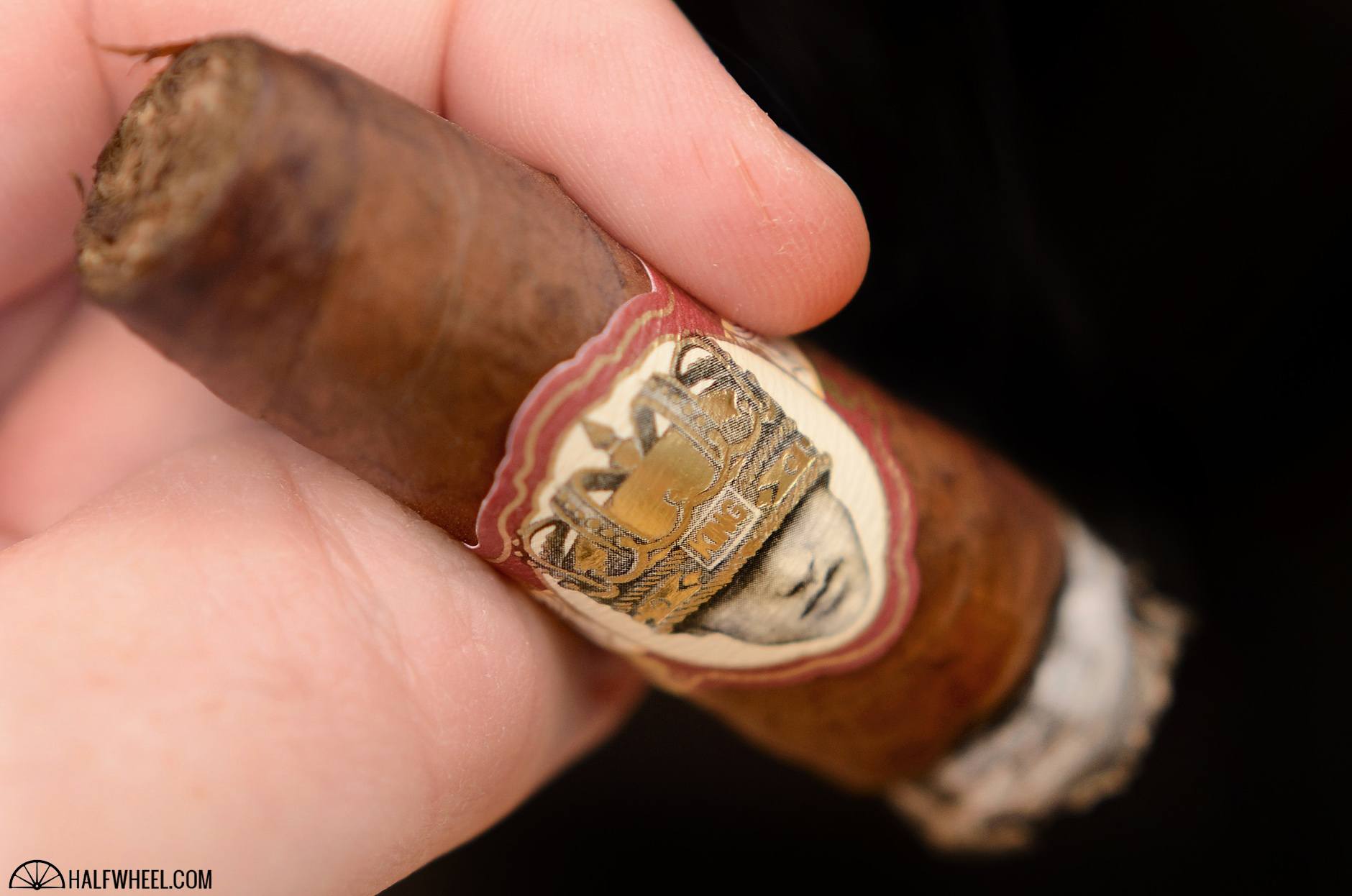 Moving into the final third, sweet spice is still the name of the game and the main flavor up front. The gingerbread fades a little, while the oak turns into more of a charred oak note. Caramel and a pinch of pepper are still sticking around in the background, while the coffee fades out. The burn line is less cooperative than it was earlier, with another large section of the wrapper not wanting to ignite and needing some help. A bit of harshness enters the profile, but the sweetness up front is enough to balance it out. Despite that harshness, the rest of the profile remains good enough that I continue smoking each sample until it’s too hot to hold anymore. 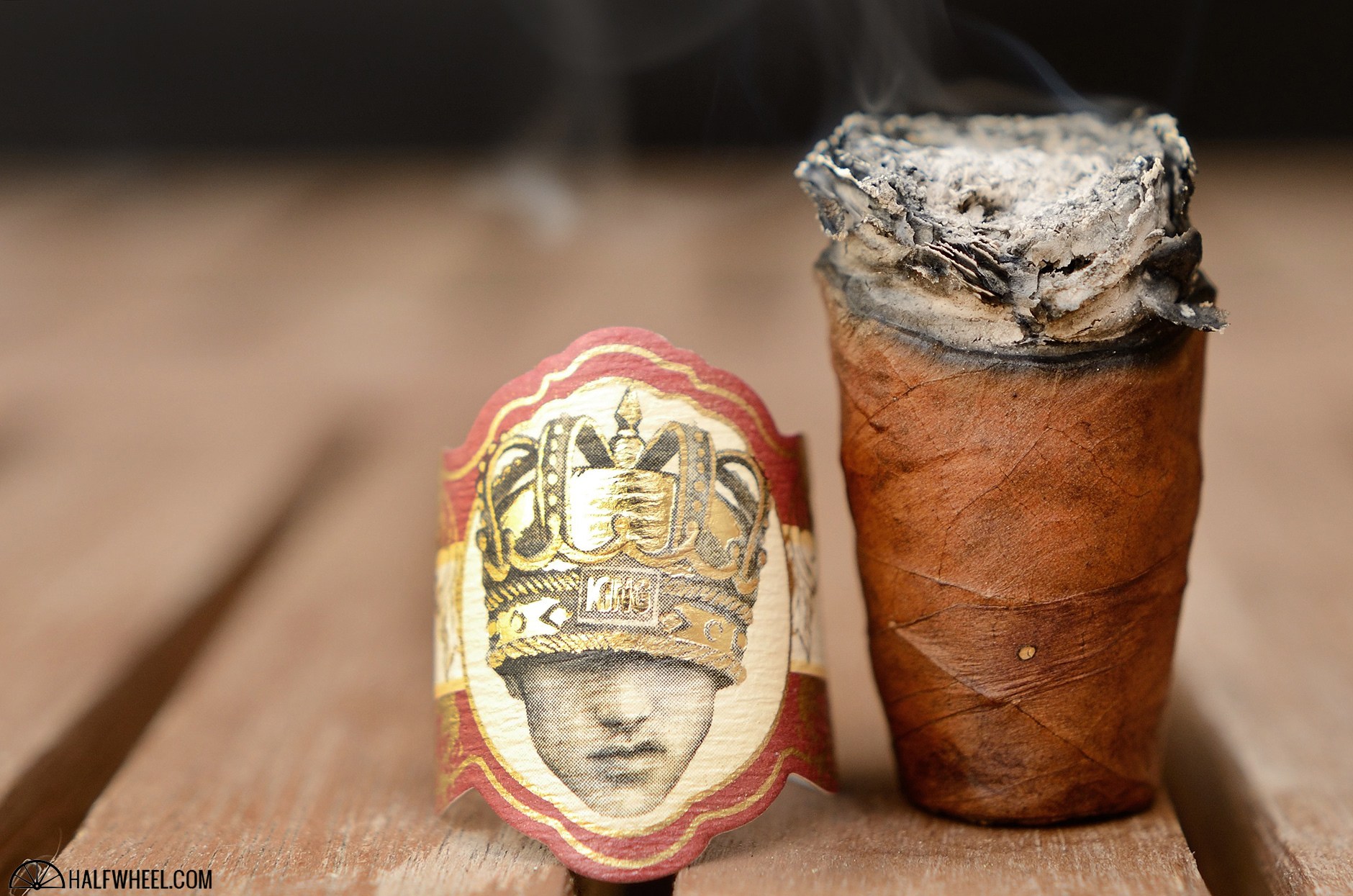 I had very high hopes for the Long Live The King The Crowning as soon as I picked it up, since it has such a luxurious feeling wrapper. The aroma and the cold draw continued that feeling, so I was quite hopeful as I lit up the cigar. Thankfully many of the flavors translated into the lit profile nicely, with The Crowning producing a complex and enjoyable profile almost from start to finish. Despite a few touch-ups needed along the way, the construction was quite nice as well, with a mostly even burn and dense ash that stayed on the cigar until I rolled it off in the ashtray. I haven’t had a chance to smoke any of the other Long Live The King sizes, but I did enjoy The Crowning. Whether you’ve tried any of the other sizes or not, I think this is an easy suggestion to pick up and try for yourself.