In July, La Flor Dominicana announced details on the 2015 release of one of its signature lines, Litto Gomez Diez Vintage, which was first released in 2003. The new blend is not only a Dominican puro, but is also composed entirely of tobacco from the company’s La Canela farm and is the first blend to incorporate a new tobacco strain in the binder. All five sizes are packaged in boxes of 24 and rolled at Tabacalera La Flor S.A. in the Dominican Republic.

The La Flor Dominicana website explains the process behind the blend:

In 1999, we challenged ourselves to produce a cigar made entirely with tobacco grown on our farm. We knew it was a difficult task because it implied growing our own wrapper. The investment was big and the risk too, but the most difficult part was the waiting. The process of fermentation and aging took longer than expected, but the result was great. Today we can celebrate this great achievement. Every year we create a new vintage edition of our LG Dominican Puro, with four year old tobacco.

There are five vitolas in the LG Diez 2015 line, all of which are sold in 24-count boxes. Covered in a light, nutty brown wrapper, the Litto Gomez Diez 2015 Cubano is silky smooth to the touch with almost no oil visible at all. The cigar is just short of rock hard when squeezed, and there are a few obvious veins running up and down its length. Aroma from the wrapper is a combination of sweet rum, graham crackers, cinnamon, nuts, leather and cocoa, while the cold draw brings flavors of creamy peanuts, sweet nutmeg, dark chocolate, cedar and coffee.

The LG Diez 2015 Cubano starts off with a dominant combination of creamy oak and peanuts, with less obvious notes of earth, leather, dark chocolate, espresso beans and hay. There is a very strong black pepper on the retrohale that is almost overwhelming at first before it starts to recede after about 15 puffs, allowing a little bit of maple sweetness to emerge. The draw is excellent after a straight cut, and while the burn is not razor sharp, it is far from the point of needing any help. Smoke production is well above average off of the foot, and the overall strength hits a point below medium by the time the first third draws to a close. 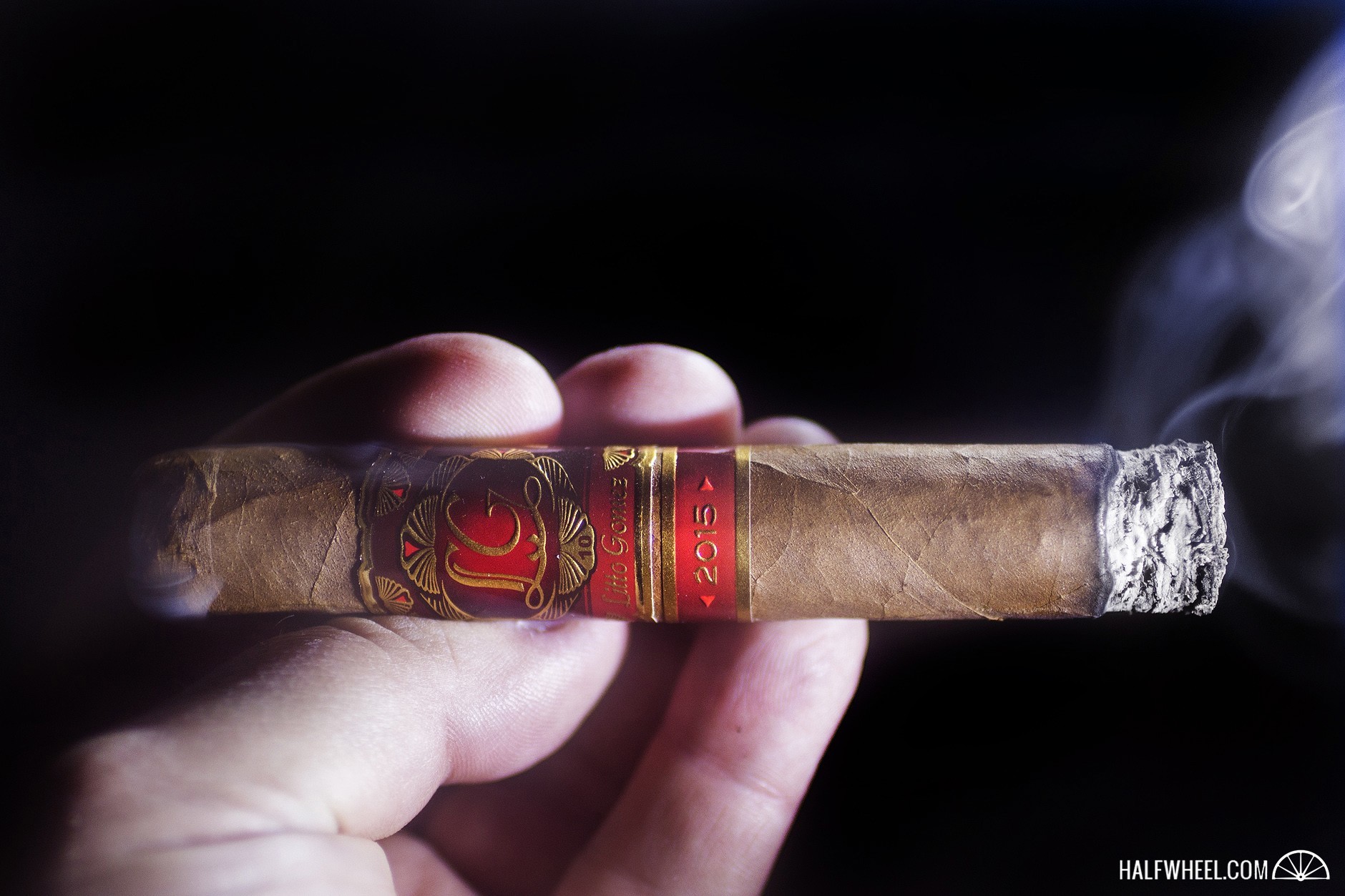 Coming into the second third of the cigar, and the dominant flavors remain relatively consistent: creamy peanuts and oak. Other notes of leather, peat, dark cocoa, coffee and earth flit in and out, and while the black pepper on the retrohale has receded noticeably, it is still a fairly significant part of the profile. Right around the halfway point, I start to pick up some slight floral sweetness on the finish, the the maple note from the first third easily surpasses it in strength. Construction-wise, the draw continues to impress, but the burn has to be touched up a couple of times to keep from getting out of hand, and the smoke production shows no signs of slowing down. The strength has increased noticeably by the end of the second third, ending up a solid medium, and is continuing to rise. 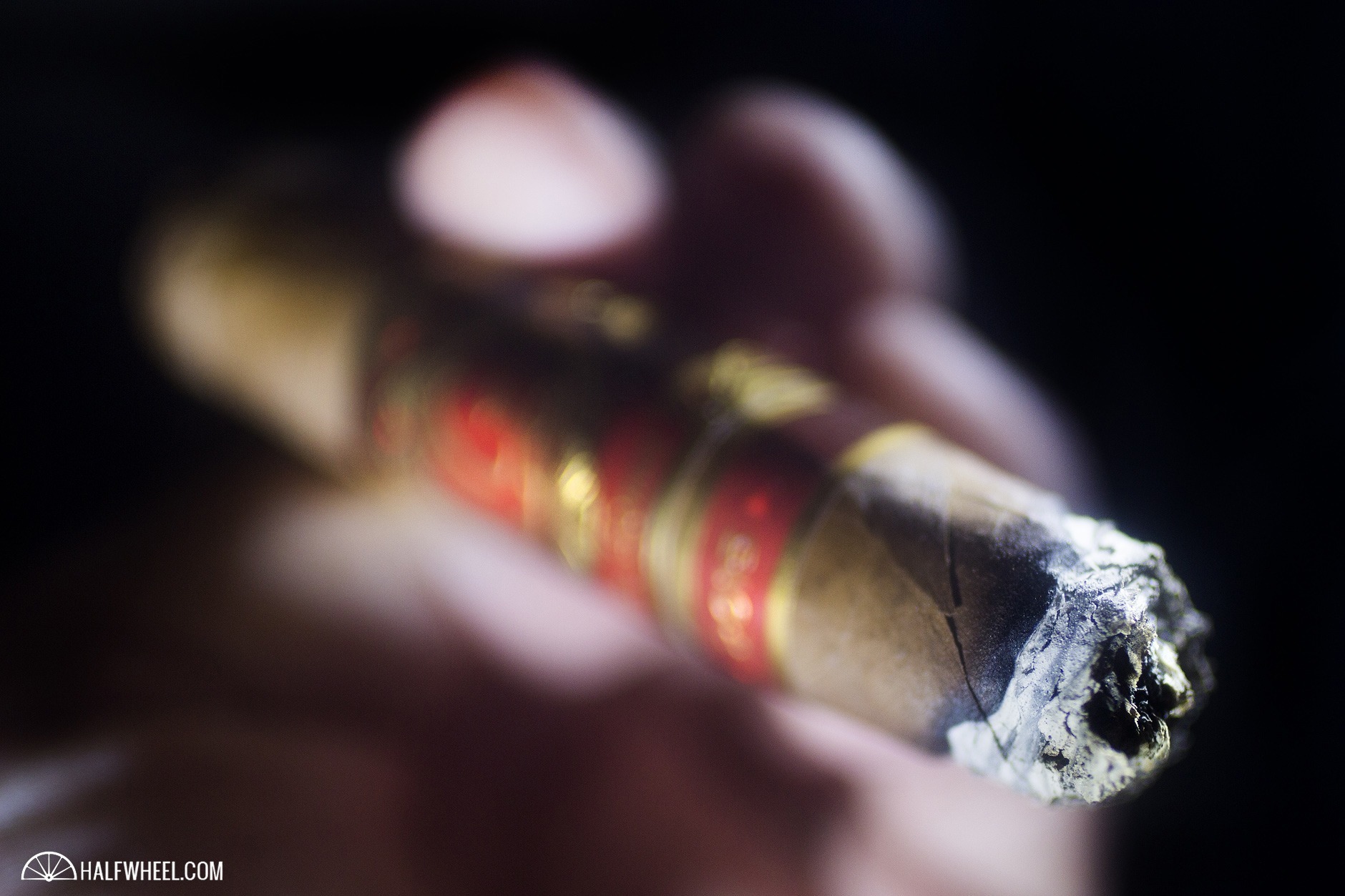 The final third of the LG Diez 2015 Cubano shows little change in the dominant flavors, although there does seem to be more of a creamy peanut note than oak compared to the two previous thirds. Other flavors of hay, leather, earth, espresso beans, floral sweetness and a nice meatiness fight for space, while the black pepper on the retrohale remains consistent with the second third. The maple sweetness from the first two thirds is still present in abundance on both the retrohale and finish and I notice a bit of spice on my tongue that is a new addition. The draw remains excellent, and the burn has evened up nicely, while the smoke production has increased noticeably. The strength really ramps up in the final third of the cigar, easily blowing past the medium mark, but does not reach the full level by the time I put the nub down with less than an inch left. Update: This review originally stated that there was a new strand of tobacco in the wrapper, the new tobacco is being used in the binder.

Since I started smoking cigars all those years ago, I have always liked the Litto Gomez Diez line for being a no-nonsense, easy to enjoy blend, and the 2015 version continues that trend. The blend features some slight complexity, along with a nice maple sweetness that—while not overly strong at any point—is a continuous presence in the profile. In addition, the overall excellent construction and well-integrated strength is just icing on the cake. A cigar that is easy to enjoy and easy to recommend.