Last year, somewhat out of nowhere, La Flor Dominicana announced that it was ready to ship the latest version of the Litto Gomez Diez Small Batch, a cigar named for the company’s founder, Litto Gomez.

While there hasn’t really been an exact pattern for release, Small Batch Nos. 4, 5 and 6 all showed up late in the calendar during odd-numbered years. The only issue was there wasn’t release in 2017, meaning that this is the first time the company has shipped the cigar since 2015.

For what it’s worth, this is the eighth release for the series, though it likely would have been Small Batch No. 7. Two versions of the No. 4 are what resulted in the difference between the number of cigars in the series and the number included in the name. Most of the rest of the cigar remains the same as its predecessors. As you can see above, the sizes and blends aren’t identical from release to release, but the concept is to create a cigar out of tobaccos entirely from a single harvest at the company’s farms in the Dominican Republic.

Tony Gomez once explained the process as this:

You are correct about the LG being a vintage cigar. If you notice the boxes always contain a year. From 2006 to 2011 so far. Each year of LGs comes from one year of harvest and all the tobacco is grown on our farm. We do this because our wrapper crop is still very small and it would be nearly impossible to reblend the tobaccos and create the same cigar every year. Every year the LG will be slightly different but the concept will remain true. One Vintage year of Pure Dominican tobacco grown on our farm. This is very unlike out other lines – ligero, air bender, Coronado, etc, which are reblended every year using a mixture of tobaccos from different years to create the same flavor. There is much more tobacco available to us for these lines making the consistency possible.

The 2019 cigar is made with tobacco from the 2012 harvest of its La Canela farms. Also of note, the wrapper is pelo de oro—which has been used in the No. 4 and No. 6 releases. Pelo de oro, literally golden hair, is a tobacco that is infamous because it was banned in Cuba due to its propensity to develop mold. Since then, others have grown it in various countries around the world. 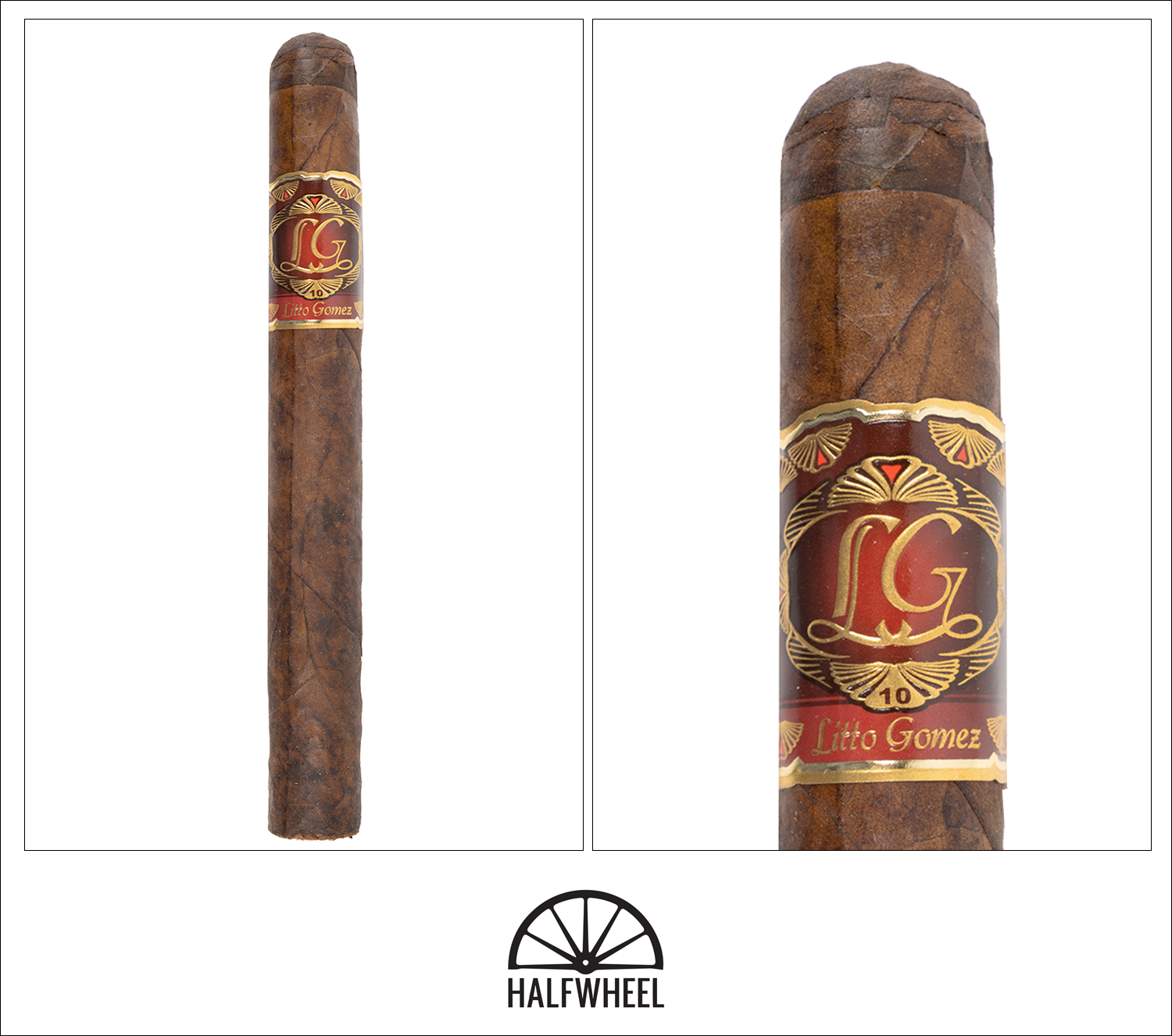 I haven’t reviewed a cigar that looks like this in quite some time. It’s a classic Litto Gomez Small Batch: dark, oily with a wrapper that is far from uniform in color and veins that are nearly black. Aroma from the wrapper is only a bit stronger than a medium, producing notes of barnyard and leather. I suspect the crate is not only more intense but also smells quite a bit different. Because the cigars aren’t shipped in cellophane, they’ve certainly lost a bit of their aromas in the six weeks we’ve had them in a humidor. The foot has more flavors—leather, cranberry, oatmeal cookie and an aroma that reminds me of the smell of Starburst—and it’s a bit stronger, around medium-full. Right in the middle of those is the cold draw: a medium-plus mixture of cocoa, granola and some more of that oatmeal cookie flavor.

The first third of the Litto Gomez Diez Small Batch starts very toasty with some earthiness, charcoal, leather and a sweetness that reminds me of POM Wonderful. Based off of the pre-light notes, I’m not particularly surprised when the first third settles into a core of dark chocolate, earthiness and oatmeal cookie. There’s some leather and a bit of black pepper behind that. Retrohales are nutty with a sweetness that reminds me of a classic red wine reduction and brown butter sauce. It’s never as if I’m drinking the sauce, but it’s very reminiscent of the aromas I get when I’m making the reduction. The finish has peanuts, some paprika and saltiness, the latter of which is only on the outer and bottom parts of my tongue. An inch or so in and I realize that the back of the throat has a fairly stinging white pepper. Flavor, body and strength are all—predictably—full. Construction is great. One cigar had some minor foot damage and the first inch of the cigar kind of looks like a flower blooming, but it stays even and I don’t need to make a correction. While there’s definitely a shift in the flavors, I think the profile of the Litto Gomez Diez Small Batch stays pretty much the same: a mixture of semi-sweet flavors and rich earthiness. Upfront there’s a generic woodiness, some smoked barbecue flavors, espresso and dark chocolate, notably less sweet than the first third. Retrohales have a very distinct walnut flavor along with some of the red wine reduction notes that I picked up in the first third. What catches me completely off guard is the finish, now creamier with a bit of a Sprite, neither of which I would have seen coming. There’s still quite a bit of irritation in my throat, but I don’t think there’s any more pepper than there was from the first third, probably just some lingering notes. Flavor, body and strength all remain full and I can start to feel some of the heaviness building, though I’m not feeling light-headed. Construction remains great for the most part, one sample needs some help staying lit but the other two are both burning great. Two of the cigars seem to be heading towards a world without earthiness. That espresso flavor from earlier gets stronger and seems to add some black tea-like qualities that drown out the earthiness. But then—after about three-quarters of an inch of mounting a takeover—the flavors disappear and the cigar ends up in a relatively pedestrian place. It’s not bad, but it ends up with the earthiness dominating some oak and an indeterminate sweetness. Most of the cigars I smoke usually end up as either a culmination of the earlier parts or some sort of toasty and earthy combination by the last inch and a half, so it’s not much of a surprise. The flavors themselves are still vibrant, but it’s certainly the least interesting part of the Litto Gomez Diez Small Batch. Retrohales are much milder and through the earthiness I can pick up some of the oatmeal cookie flavors, but by-in-large, it’s a lot of earthiness. I think all three intensity segments are a bit more toned down than the first two thirds, but everything is still full.