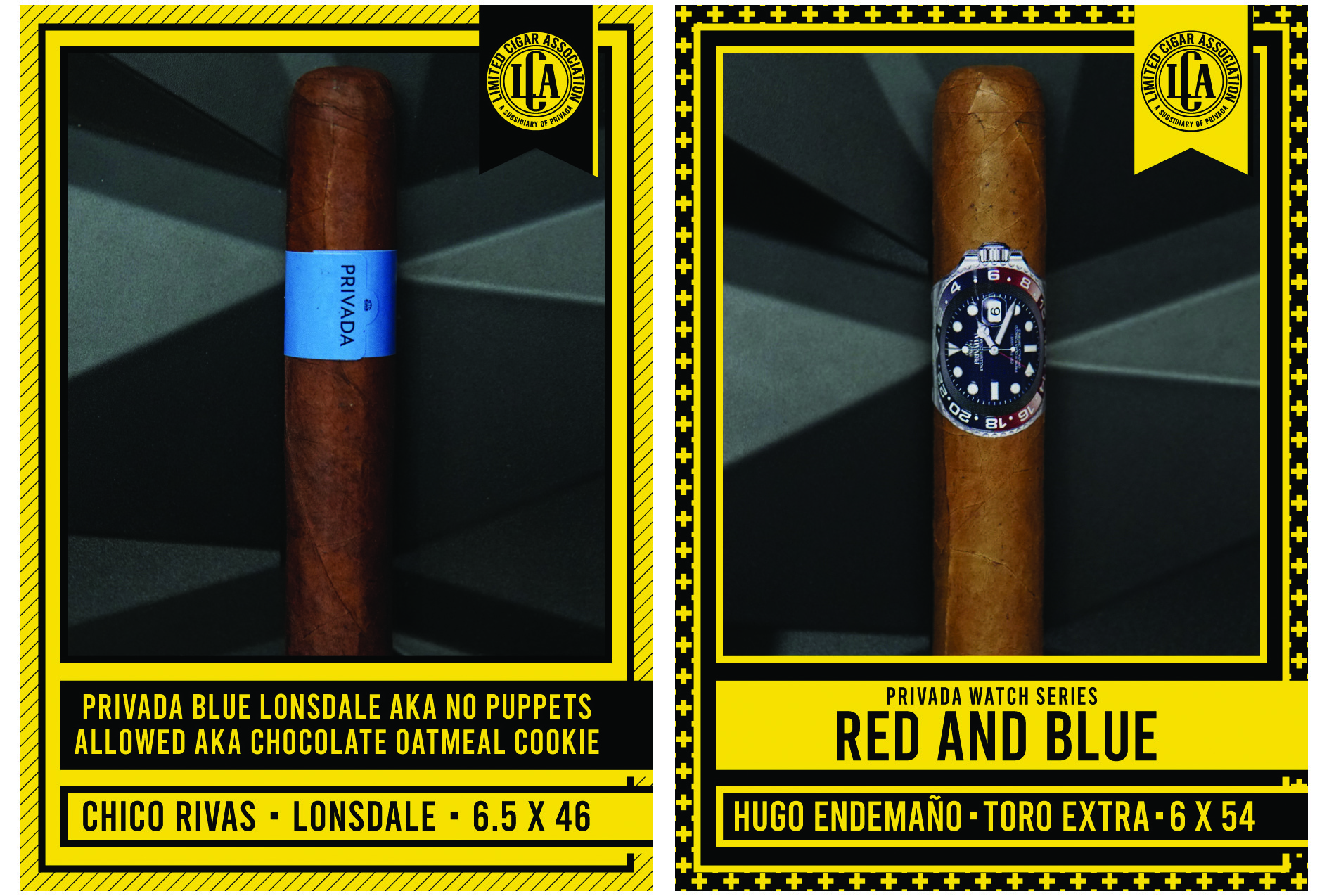 The Limited Cigar Association has announced a pair of new releases, one of which will be in the running for having the longest name you’ve ever seen on a cigar.

It’s called the Privada Blue Lonsdale AKA No Puppets Allowed AKA Chocolate Oatmeal Cookie, and is a Dominican puro the uses a Havana-seed wrapper, criollo 98 binder, and a mix of habano 2020 and corojo fillers. The blend was created by Chico Rivas and rolled at Manufactura Rivas, It is offered in a single 6 1/2 x 46 lonsdale vitola that has an MSRP of $11.

The company said that the cigar was designed as a sequel to a cigar that LCA released in 2020, though the Privada Blue Lonsdale has undergone a change of name and band as opposed to what was originally imagined for the cigar. While the LCA has generally leaned to create new cigars for what gets released to its retailers, in this case the cigar comes from the aging room of Manufactura Rivas, having been rolled six years ago. A spokesman for the company said that this cigar stood out from others in consideration for release, calling it “an opportunity we simply could not turn down.”

It will be available for purchase at Limited Cigar Association retailers beginning on Friday, Dec. 3.

Also new for LCA retailers is the first in what is being called the Privada Watch Series, a cigar named Red and Blue. It is a 6 x 54 Honduran puro that uses a Jamastran corojo claro wrapper, Trojes criollo binder, and a filler of Jamastran corojo seco, Trojes habano ligero, and Trojes corojo, a blend created by Hugo Edemaño at Raíces Cubanas. It comes with an MSRP of $10 and is currently shipping to shops, as it is part of the LCA Plus program, which doesn’t bind retailers to a specific release date.

The cigar is a tribute to the Rolex Blue and Red GMT, which debuted in 1959 and became known as the Pepsi watch for its color way that evoked comparisons to the logo of the soft drink. The LCA said it will be announcing more horology-inspired installments of the Privada Watch Series throughout 2022 that will feature blends from several different master blenders.

Production numbers are not being disclosed for either release.