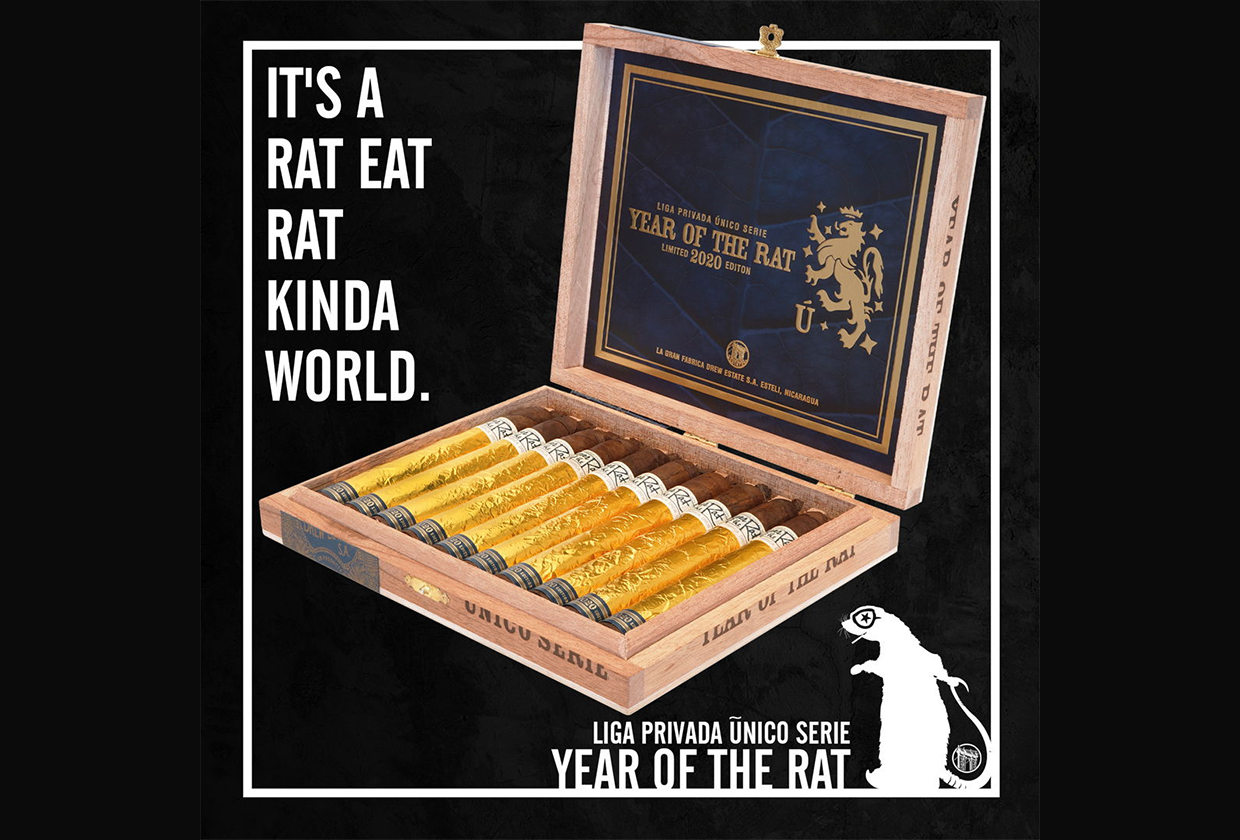 Drew Estate has announced that it will begin offering retailers the 2020 version of the Liga Privada Year of the Rat, though only to the company’s Drew Diplomat retailers who are hosting virtual events with the company.

A retailer that agrees to host the event will be sent the cigars ahead of their scheduled event, similar to how the company would give retailers access to exclusive event-only items in the past. The obvious difference is that these events will take place virtually due to the coronavirus COVID-19 pandemic.

Each event will be limited to no more than four boxes of Year of the Rat.

A full list of events can be found here, though only events marked Drew Diplomat will have the Year of the Rat.

The Liga Privada Year of the Rat is a 5 1/2 x 46 grand corona that uses a Connecticut broadleaf wrapper over a Brazilian binder and fillers from Honduras and Nicaragua. It was originally released in October 2016 and sold in one of the most unique ways ever seen in the cigar industry. That year, Drew Estate was sponsoring a cigar lounge at the Florida Panther’s BB&T Center in Sunrise, Fla. The company created which was sold only in the lounge, meaning you needed a ticket to the hockey game to purchase the cigar.

That year, albeit not season, marked the 20th anniversary of the 1996 playoffs where the Panthers made it to the Stanley Cup Finals. At the home opener, that season a rat was found crawling around the Panthers’ locker room until it was shot like a puck by Scott Mellanby. He scored two goals that night, which then goalie John Vanbiesbrouck deemed as a “rat trick.” From then on, fans would throw plastic rats onto the ice after the Panthers scored, leading to the season to be known as the Year of the Rat.

Drew Estate no longer sponsors the lounge and the cigar has been since given out on special occasions by Jonathan Drew, the company’s co-founder and president. 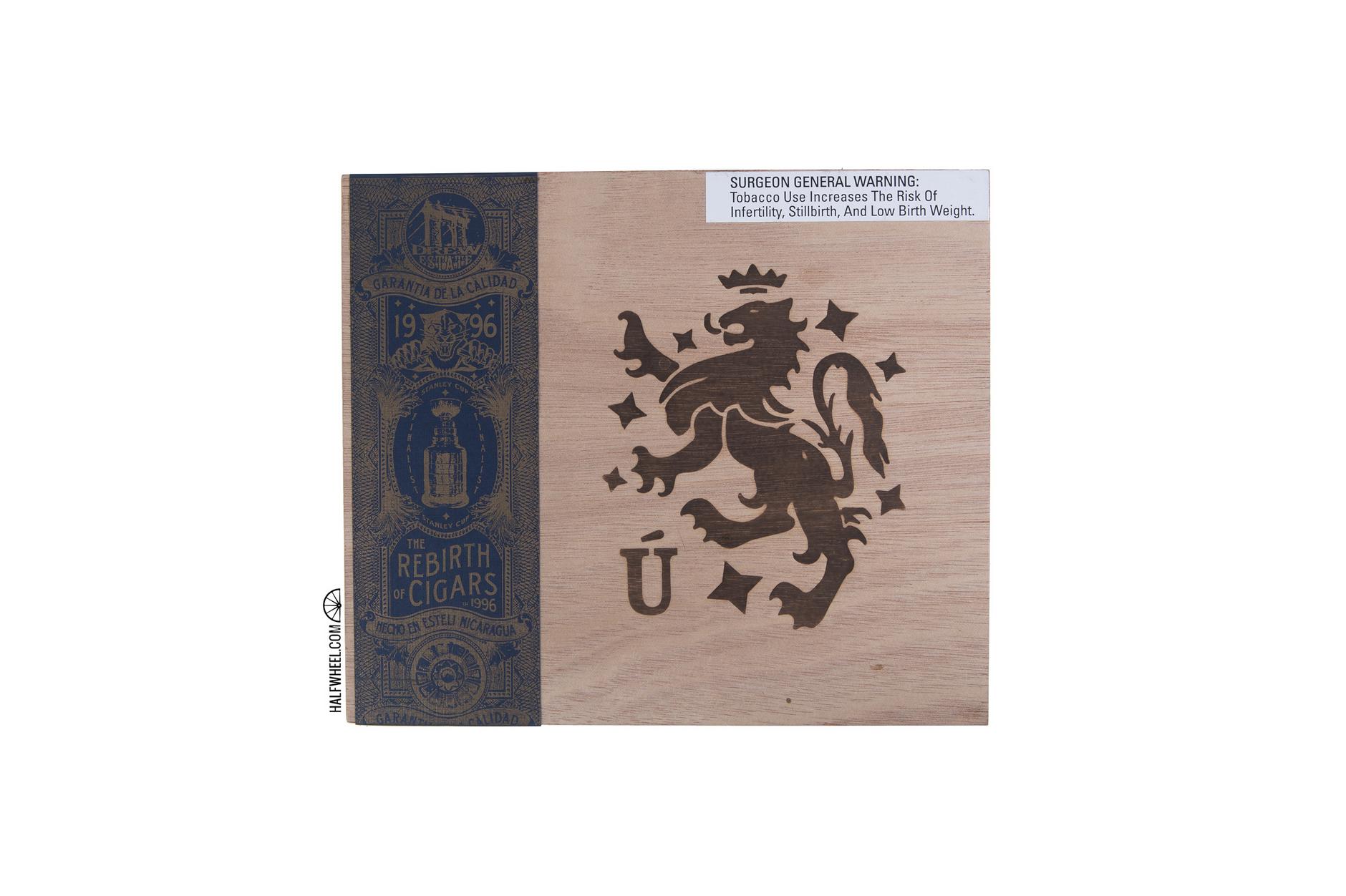 Now it returns, albeit with slightly updated packaging. The original version was sold in a typical Liga Privada-style box with natural woods and dark blue accents. Those boxes also had a tax stamp that made numerous references to the Florida Panthers’ connection, as did the foot band. The 2020 version gets an updated box, tax stamp, and notably, gold foil covering most of the wrapper.

Drew Estate is not disclosing how many cigars it will be releasing, but the cigars will be available for these special events for the remainder of the year.

This year is the Year of the Rat on the Chinese Zodiac calendar.