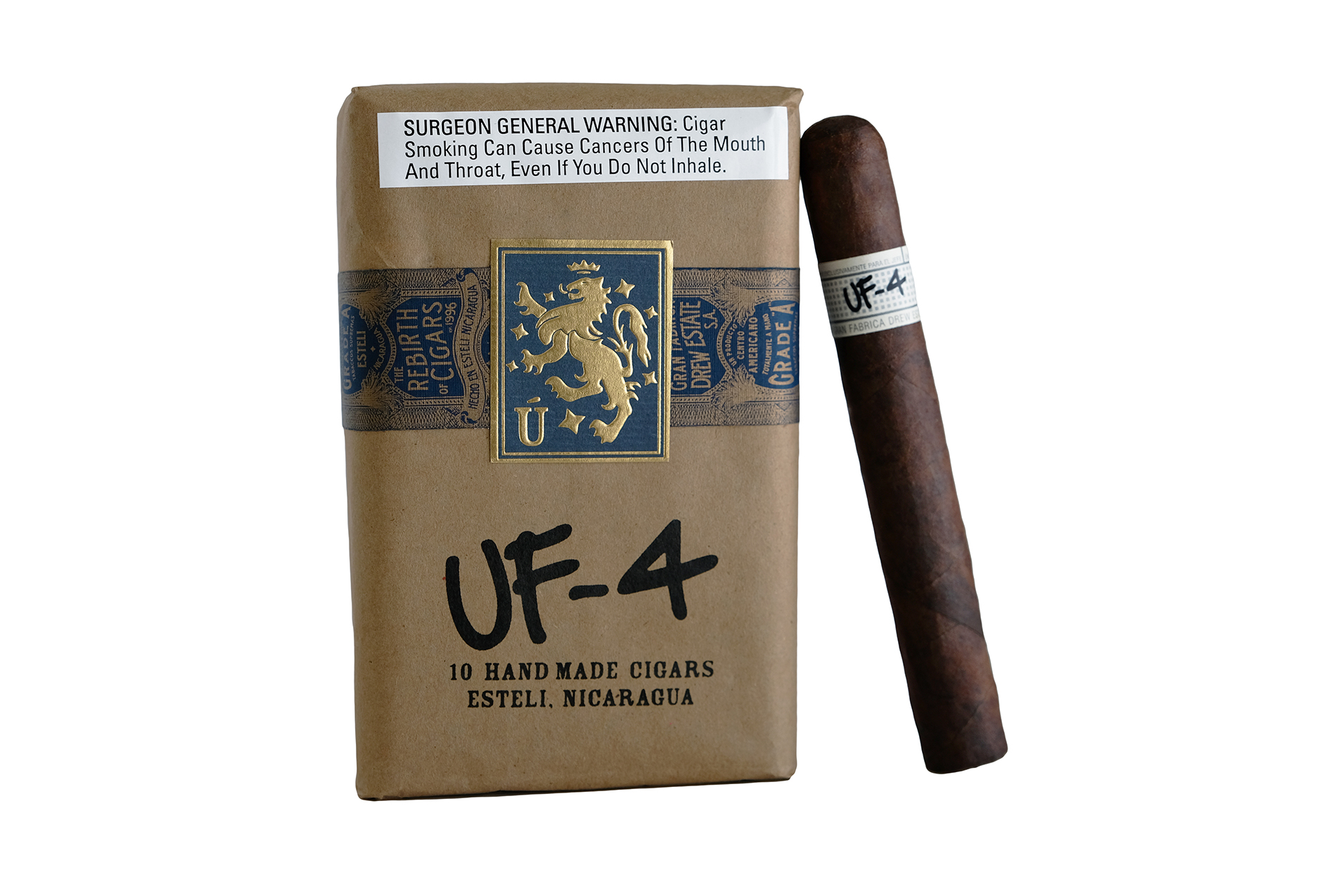 The Liga Privada Único UF-4 from Drew Estate is slated to make its annual return to Casa de Montecristo in Countryside, Ill. tonight.

The cigar is a 6 x 52 toro that debuted in Oct. 2010 and has been an annual exclusive to the store ever since, released in late October just ahead of Halloween. It uses a Connecticut habano wrapper, Brazilian binder and fillers from Honduras and Nicaragua. According to the company, it is based on the original test blend of the Liga Privada T-52, though ultimately was not chosen for production. It is also said to be stronger than the blend found in the T-52.

The Único UF-4 is offered in 10-count soft packs priced at $199.99. Production numbers are not being disclosed, but the company calls it very limited.