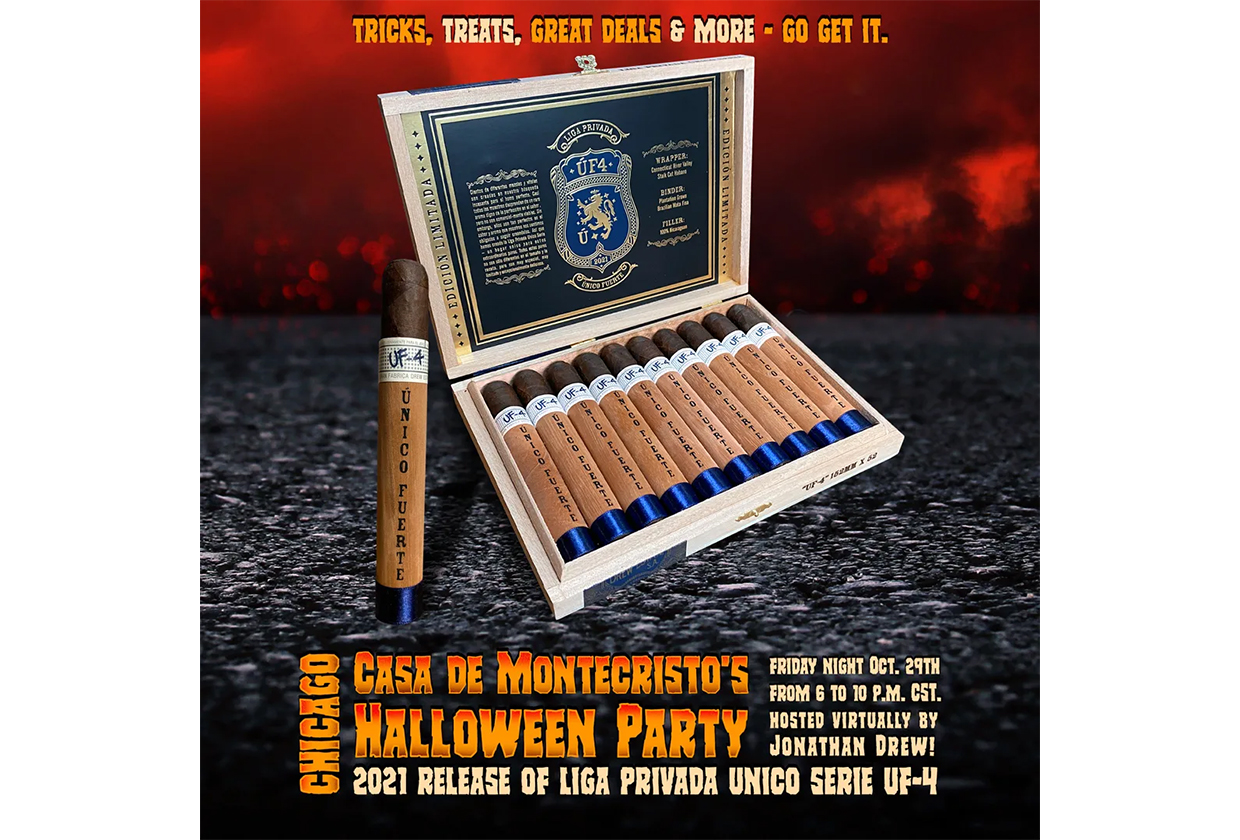 The Liga Privada Único Serie UF-4 is back for another limited release, with the cigar returning to Casa de Montecristo in Countryside, Ill.

It is a 6 x 52 toro with roots that trace back to the creation of the Liga Privada T-52 in 2008, though was passed up in favor of what would go onto become the final T-52 blend. However, in 2010 the cigar found a home at Casa de Montecristo, and has been an annually released exclusive for the retailer ever since, appearing just before Halloween each year. It uses a Connecticut habano wrapper, Brazilian binder and Nicaraguan and Honduran filler tobaccos.

“I remember it like it was yesterday,” said Jonathan Drew, president and founder of Drew Estate, via a press release. “I was in Chicago visiting the fellas, Mike and Sam at Casa, and asked them for their opinion on this 6 x 52 berserker while we sat at the lounge downstairs. They were like, ‘Yo, JD, this is blah blah blah,’ acting in all sorts of ways, all animated and shit. I like those dudes a lot and I wanted to make ‘em happy. Turns out, our decision was a nightmare for the first few years … as we had to change the name various times from JD4 to MF4 and finally to UF4. One of those changes required a mega-urgent band change in Miami, so the Padron family allowed me to work with a few of their packaging people at the last minute to remove the MF4 bands and place the UF4 bands. Welcome to my life, passion and torture. The stick is now a classic, and it’s definitely one of our proudest commemoratives.”

For the 2021 release, the UF-4 is being released in 10-count wooden boxes, a departure from the paper-wrapped soft packs previously used. Each individual cigar will be wrapped in cedar and will also feature a ribbon around the foot. Pricing for this year’s release is set for $199.95 per box, or $19.99 per cigar.

The cigar will be released on Oct. 29 at the store’s annual Halloween costumer party, which will be complemented with a virtual event that will be hosted by Drew.