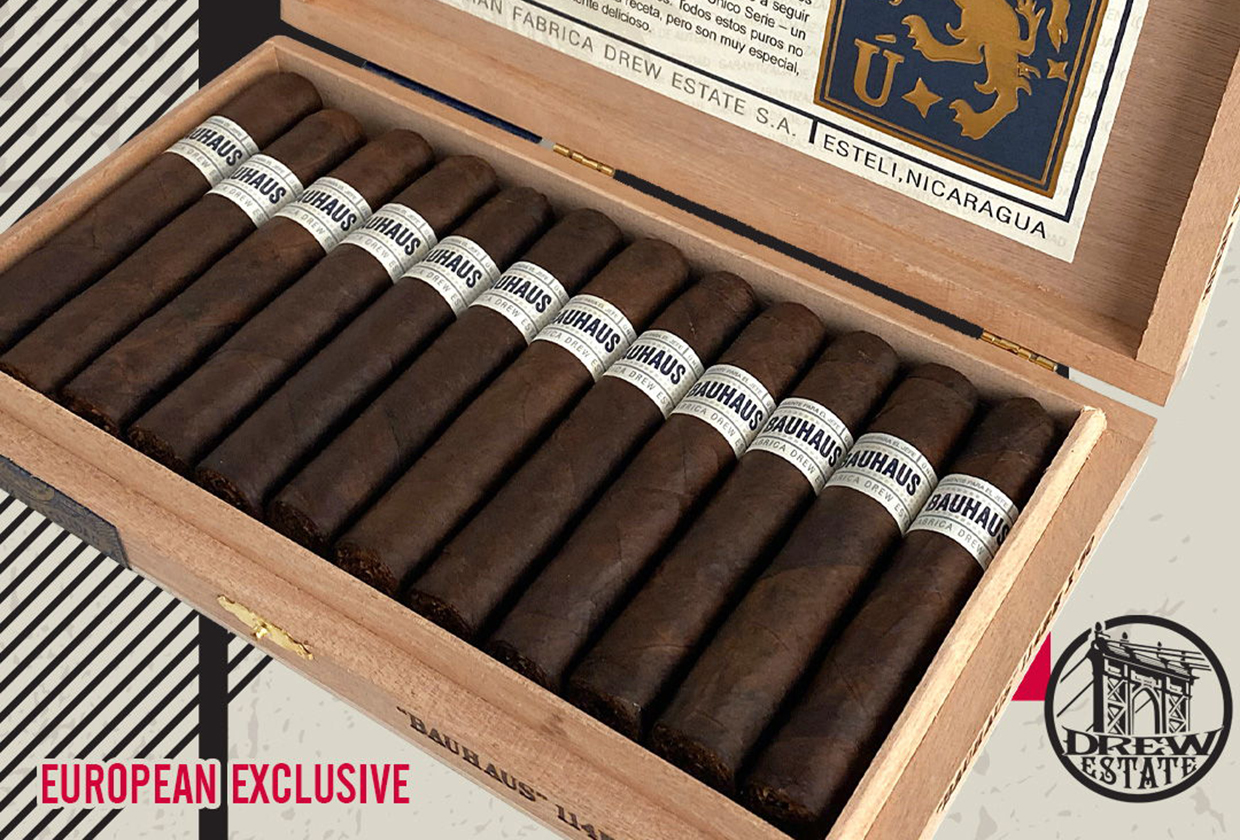 There’s a new Liga Privada release, but you’ll have to be in Europe to get your hands on it. Today, Drew Estate that its distributors have begun shipping the Liga Privada Único Serie Bauhaus to retailers throughout the European Union. 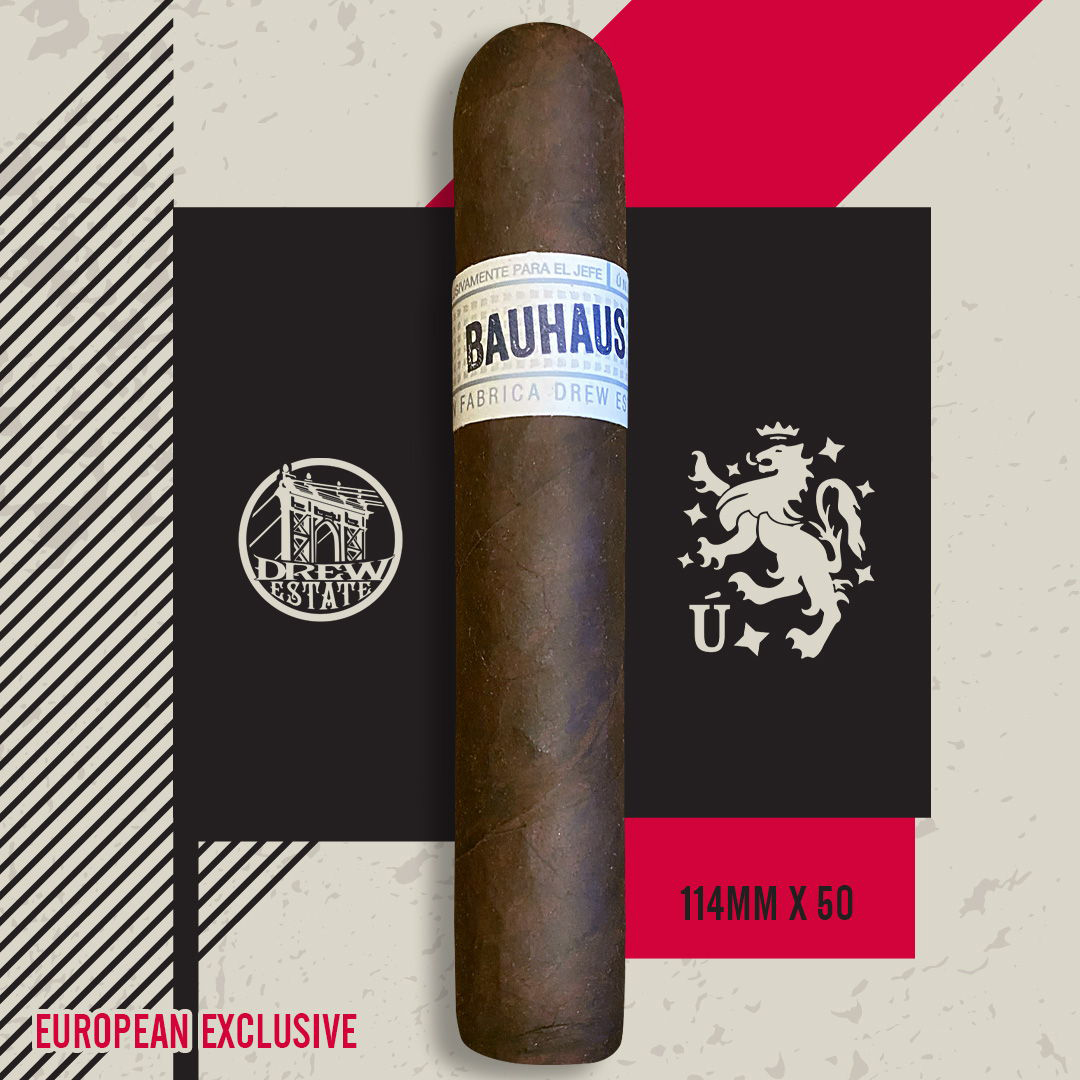 The cigar is a short robusto that measures 114 mm (4 1/2 inches) long with and has a 50 ring gauge. The company said that this size “pays extra attention to leaf placement within the cigar, intentionally designed to take our European aficionados through a newly curated experience.” As for its blend, it uses a Connecticut broadleaf wrapper, a Brazilian binder, and fillers Honduras and Nicaragua. It is offered in 12-count boxes with a vibrant blue lid that features gold embossing and the Bauhaus word mark under the Liga Privada logo.

The new vitolas gets its name from Bauhaus architectural movement, which held that every object must have a purpose in design as its basic tenant, according to a press release.

“Today we honor the Bauhaus design theory of form and function, and its impact on our mindset when creating beautiful products such as Liga Privada,” said Jonathan Drew. “We can’t wait to share this mega unique creation with our BOTL on the other side of the pond and beyond.”

Neither production numbers or pricing are being disclosed by Drew Estate, the latter due to the range of pricing and taxes in local markets.

Shortly after this story was published, a representative from Drew Estate clarified questions about production numbers and pricing, which has been updated in the story.