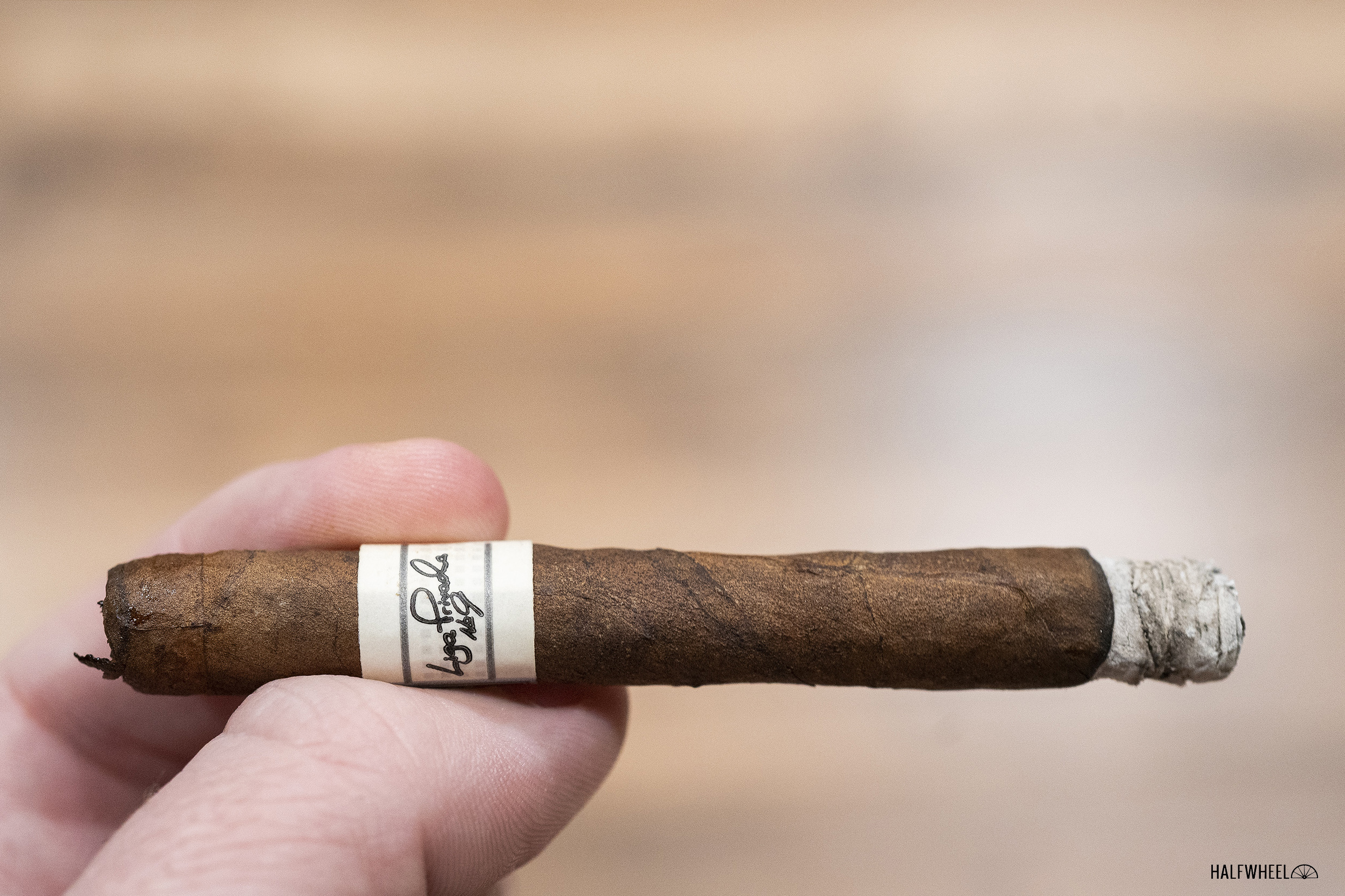 Every so often, someone will bring up the topic of our redux reviews. It’s usually a split between asking why we do them and if there’s a trend when it comes to the effects of aging a cigar. The answers to those questions are pretty straightforward: we want to see how time affects a cigar, and it depends.

Regarding that latter answer, sometimes a cigar will have good flavors when it comes out but all it has to offer simply might not be in harmony yet. There are times when the tobacco tastes a bit too youthful, one component dominates the profile, or possibly the strength of the flavor or nicotine might be too much at the moment.

The follow-up question is usually asking what makes for a good cigar on which to test the effects of aging, and my answer is to start with a cigar that you know is good or very good and see if time helps it become great.

But then there are those handfuls of cigars that are so puzzlingly bad when you first smoke them that you want to see if time fixes things and turns the proverbial ugly duckling into a beautiful swan. Such was the case with why I wanted to redux this cigar. 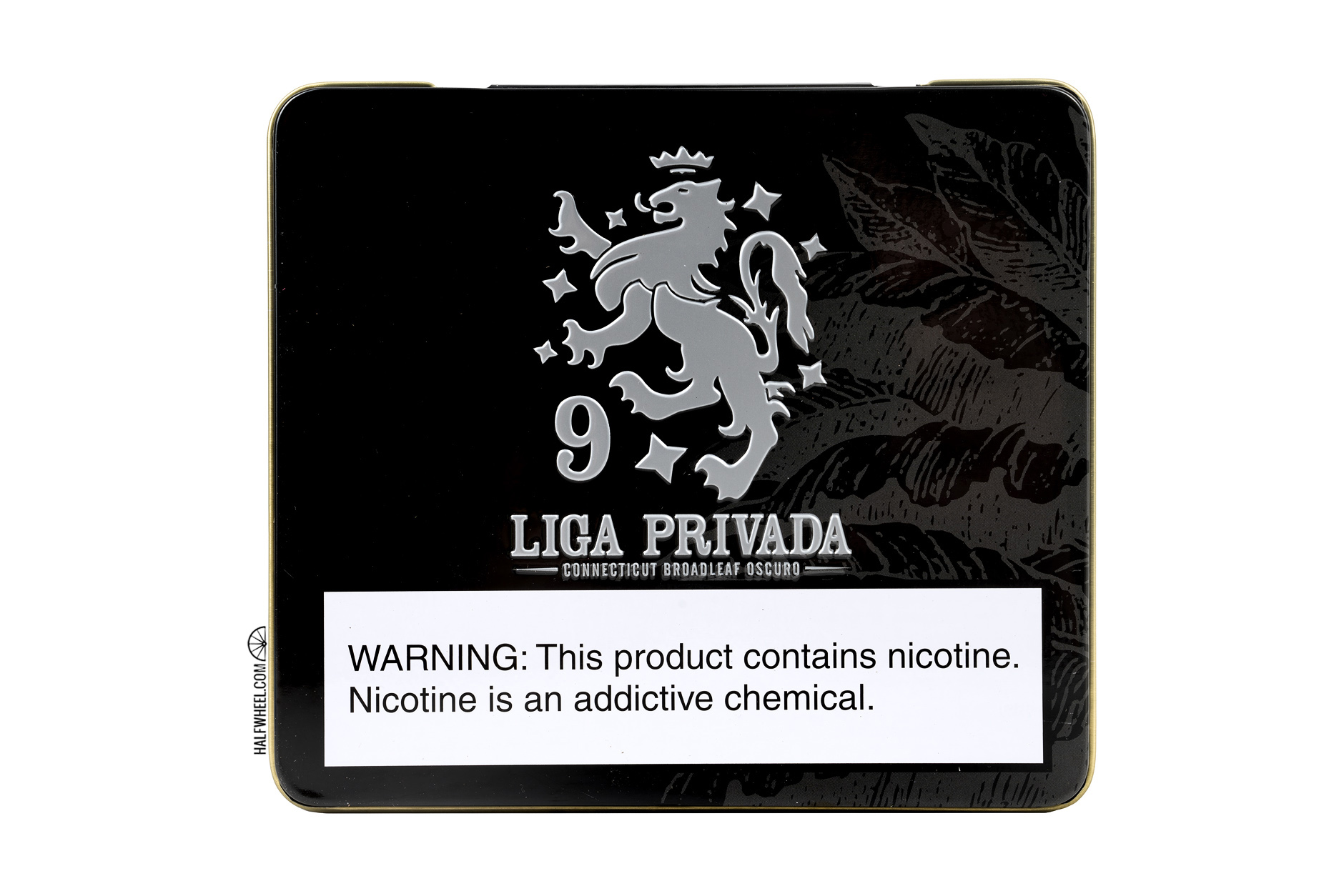 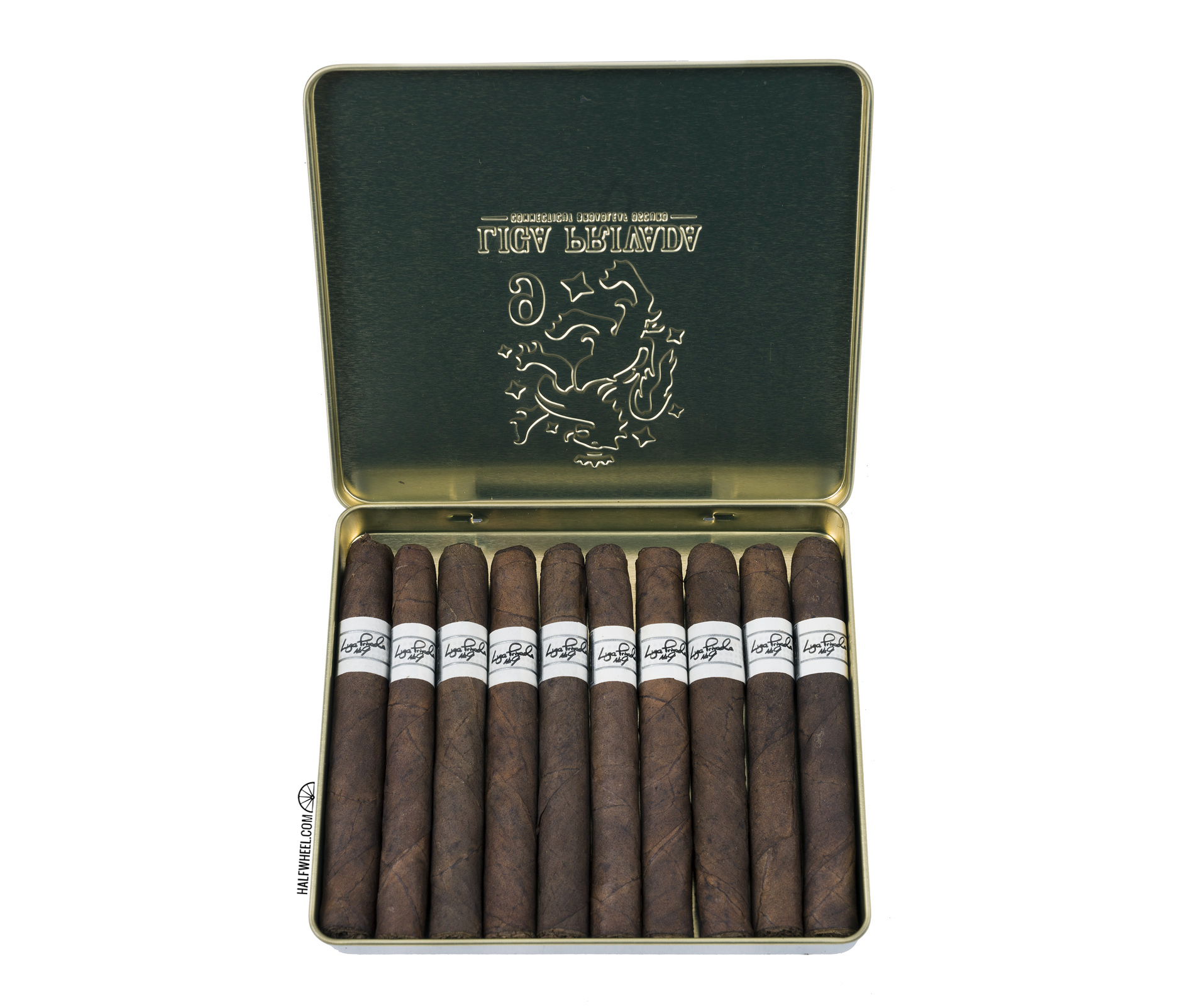 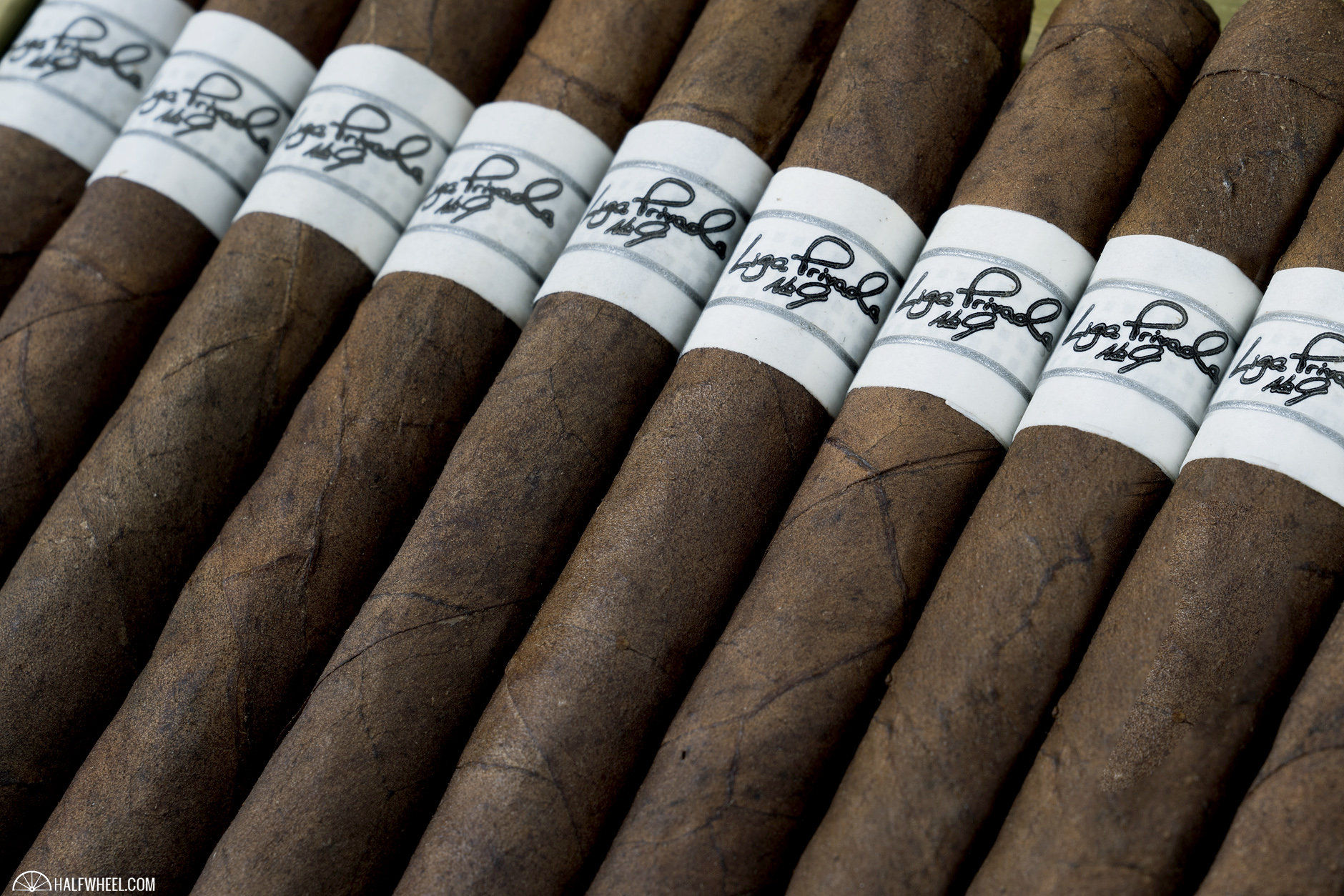 Small cigars have always been part of the landscape, whether for people who don’t have time to smoke something bigger, don’t have the stomach for it, or simply to offer another way for people to enjoy a good blend. In 2017, Drew Estate added 15 new lines to the small cigar landscape, releasing seemingly its entire portfolio in a 4 x 32 small panatela vitola, which would be offered in 10-count tin containers. There would be ACID, MUWAT, Herrera Estelí, Undercrown, and of course, Liga Privada.

Both the No. 9 and T52 blends were offered in the Coronet vitola, a name for the size shared with the Undercrown Maduro and Undercrown Shade lines. MSRP was set at $25 per tin of 10, or $2.50 per cigar. But the question loomed: how much of a Liga Privada would you be getting for $2.50?

In my experiences, not much, which is why I wanted to redux it to see if nearly three years in the humidor had done anything to change my mind.

Here’s what I said about the Liga Privada No. 9 Coronet when I reviewed it in March 2018:

The tins said Liga Privada, the bands said Liga Privada and it even looked like a Liga Privada, but what I smoked was the least Liga Privada-like cigar I can recall having. There was such a dominant flavor of chalk, minerals and sourness that getting any taste of what the No. 9 blend actually tastes like was next to impossible. Granted, I haven’t smoked an off-the-shelf Liga Privada No. 9 in some time, but this is certainly not the cigar I remember from recent years, and hardly a blend which I would use to represent the company’s flagship, most premium line. I had high hopes for this release as being a little Liga that could be smoked on a quick car trip or when time was just otherwise limited; unfortunately I doubt these will see much but the inside of a humidor in hopes that time can turn them into a cigar worthy of the Liga Privada name. 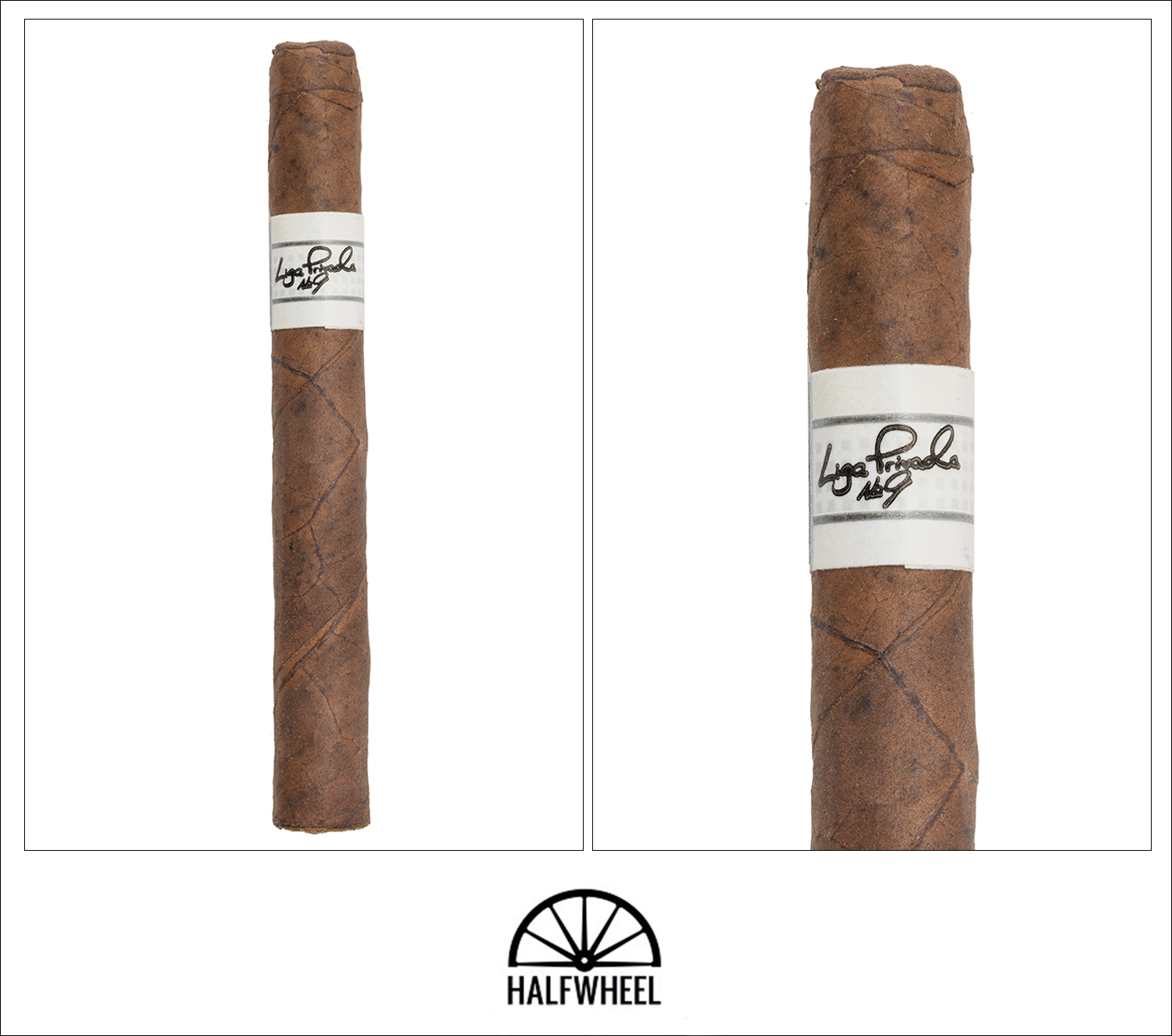 Thinking I may have stepped into Honey, I Shrunk the Kids, I stare at this rather small cigar for a few more moments than normal. Everything has been shrunk down—band included—yet it still reminds me of the bigger Liga Privada vitolas. The wrapper leaf is a mottled, earthy brown, with coloration that makes the seams visible. Even smaller veins seem to stand out on this size given the lack of visual of real estate for them to hide. The cap seems a bit oversized, looking like a hastily placed toupee, and leading me to wonder if a hole punch might have produced a slightly cleaner cut. The cigar has some give to it, probably more than I’ve felt from any cigar recently, though given the small ring gauge I’m not overly concerned. There isn’t a lot of aroma offered by the foot; a bit of earthiness, some dry tobacco, and maybe a suggestion at barnyard. The cold draw is pretty spot on with air flow while being lighter in flavor; rice cakes or rice cereal with a bit of sweetness stand out on this sample.

The first puffs of the Liga Privada No. 9 Coronet are earthy but quickly pick up the sharpness I recall, a sourness that flirts with both chalk and something metal, almost like putting a nail or a socket bit in your mouth. There is a bit of bright white pepper, though it too takes on some of that metallic twinge. Retrohales don’t show it as much and are fairly enjoyable, though as I say that I find a lingering tingle on my lips that comes with more of that sour, metallic flavor.  Like all small ring gauge cigars, the first puffs are also helpful in finding out what kind of puffing rate the Coronet will need, and I find myself falling behind rather quickly and thus needing to give it a relight. By the time the first clump of ash is ready to go, I’m ready to put the cigar down even though I’m barely through the first third, fearing not just that it’s not going to get any better, but that it might get worse. Whether it actually does get worse is seemingly relative, though I feel confident saying that it doesn’t get better through the rest of the first half. Whatever we’re calling this flavor intensifies a bit, leaving more of an unpleasant sensation on my lips and offering very little of anything I actually want to taste. Retrohales salvage the profile a bit as things mellow out approaching the midway point, but to say I’m wary about what the next 25-30 minutes have in store is an understatement. Thankfully construction is good, and as long as I puff at a slightly faster than average pace, combustion is no longer a concern.

I’d love to say there is something different in the second half of the Liga Privada No. 9 Coronet, but that’s pretty much what I find. At this point it is simply a matter of intensity, and when the flavor bites the tongue, I definitely feel it. Even when I think I’ve got the puffing rate down, it seems I don’t and I find myself needing to relight the Coronet twice in the second half. Thankfully the second half seems to burn a little bit faster than the first half, and other than a sporadic bit of white pepper, the profile continues to be dominated by sour chalk and that occasional metallic note. It’s full flavor, medium in body and medium-minus in strength. Final smoking time clocks in at about 45 minutes, though it certainly could have been faster.

I don't know exactly what I was hopeful that I would get from the Liga Privada No. 9 Coronet after letting it rest the past few years, but I do know that I got what I was fearful of: the same experience I had when I first smoked it. There's still the sourness, still the metallic taste, still the chalk and still the curiosity about how this cigar deserves to wear the Liga Privada No. 9 band. Thankfully the technical performance is good and smoking time isn't too long, but neither of those has me thinking I'll be returning to this vitola anytime soon.