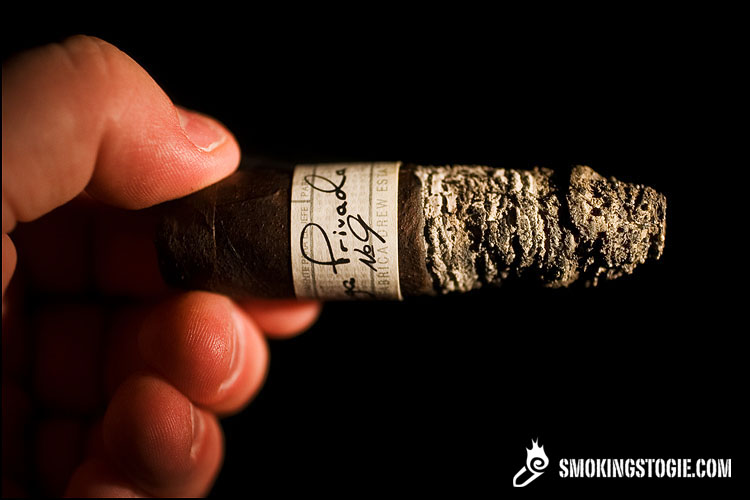 When I heard that Drew Estate was releasing a new size in the Liga Privada No. 9 blend called the “Flying Pig,” I honestly thought it was a joke.

However, I have to admit that the name, and the unique shape and look of the cigar does not hurt any either.

For those of you who may not be aware, when Jonathan Drew and Marvin Samel started the Drew Estate brand, it was best known for its infused cigars. The Liga Privada No. 9, which translates to “private blend no. 9,” was originally created just for Steve Saka, president of Drew Estate, much like Pete Johnson of Tatuaje Cigars and the Black Label.

The Liga Privada No. 9 Flying Pig is a limited edition vitolas for 2009 as it is very time-consuming to make, the average production per pair is 125 per day. Steve Saka picked the shape from a photograph of an 1895 cigar salesman’s size-selection case. It is a fairly fat perfecto shape (4 x 60) that has not been in production since the 1930s. Only 2,000 boxes of 12 each that would be 24,000 total cigars have been produced, the MSRP will be $12 each and they should be in stores next month. It also has a bit more ligero and is stronger than the usual Liga Privada No. 9, which I can attest to. 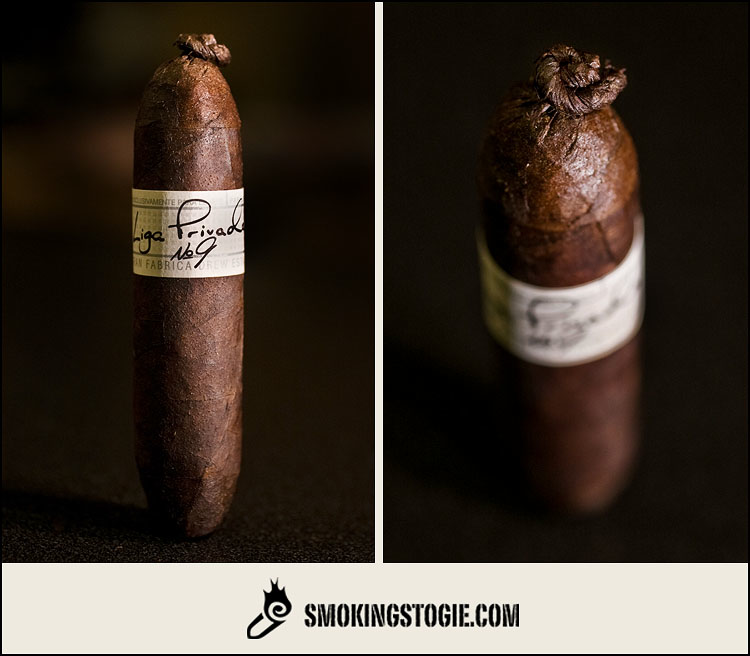 First, the little pigtail on top kicks ass. Great looking stick. It is thicker then I expected than and is quite a bit more oily then the regular No. 9. The wrapper is also quite a bit darker, more of a dark espresso bean color.

One of the most amazing things about this stick was that the draw was perfect the entire way through. Usually, in a cigar this size and shape, the draw can be, shall we say, problematic, but they nailed with this one. I was very impressed. 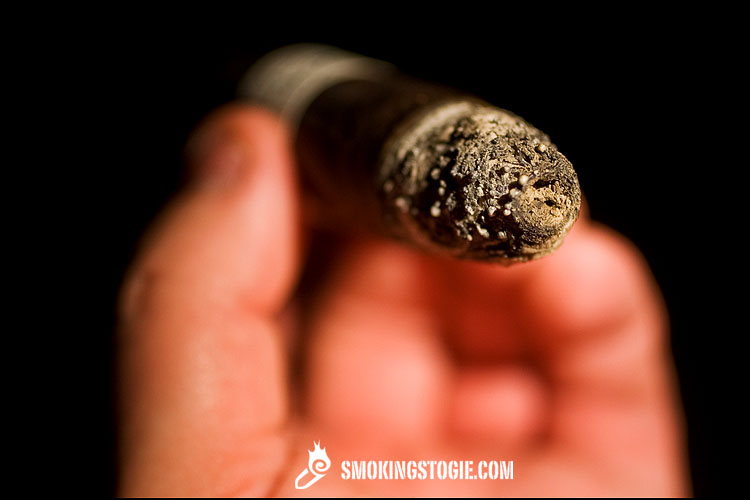 Taste-wise, this cigar was similar to the regular No. 9 but amped up, almost like it was on steroids. Flavors were dark chocolate, leather, especially in the last third, a great woodsy cedar and a wonderful spice that really kept the stick interesting for the entire smoke. It never got bitter; not even at the nub.

Another interesting aspect to this cigar was that the smoke coming off the cigar while being torched was some of the most peppery I have ever smelled. A very different smell then most smoke, for sure. 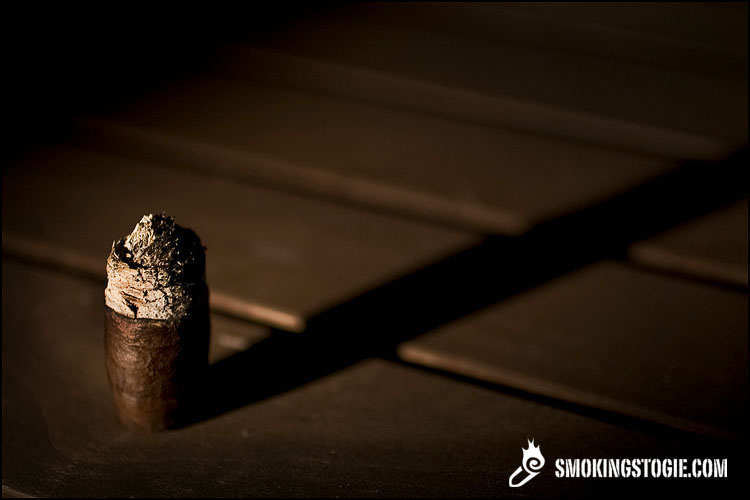 If you can find one (or more) of these cigars, I suggest you buy them, at the very least to try. The price is great for what you get; a spicy yet complex bomb of flavor that is never overwhelming and it is a great stick to look at as well.