Founded by Pierre Jourdan, Yann Bouten and Gilles Bailly-Maitre, Les Fines Lames—which translates from French to the thin blade—began as an Indiegogo campaign in 2014 producing piedmont-style folding knives in France. However, while the knife portion of the product is fairly obvious, the product also features a hole built into the handle that allows the knife to also be used as a cigar cutter.

Each of the France-based company’s cigar knives are built with MOX27Co cutlery stainless steel that come enclosed in exterior handles made with a variety of different materials, from olive wood—which is the version we are reviewing—to Bulnesia arborea (a Central American exotic wood), reclaimed teak wood and even G10, which is a high pressure fiberglass. According to Les Fines Lames, the 60HRC tempered hardness of the steel means the blade is “virtually impossible” to dull. Each piece is individually numbered and collections are limited to 50-100 units; though the company has also produced a variety of one-off pieces. 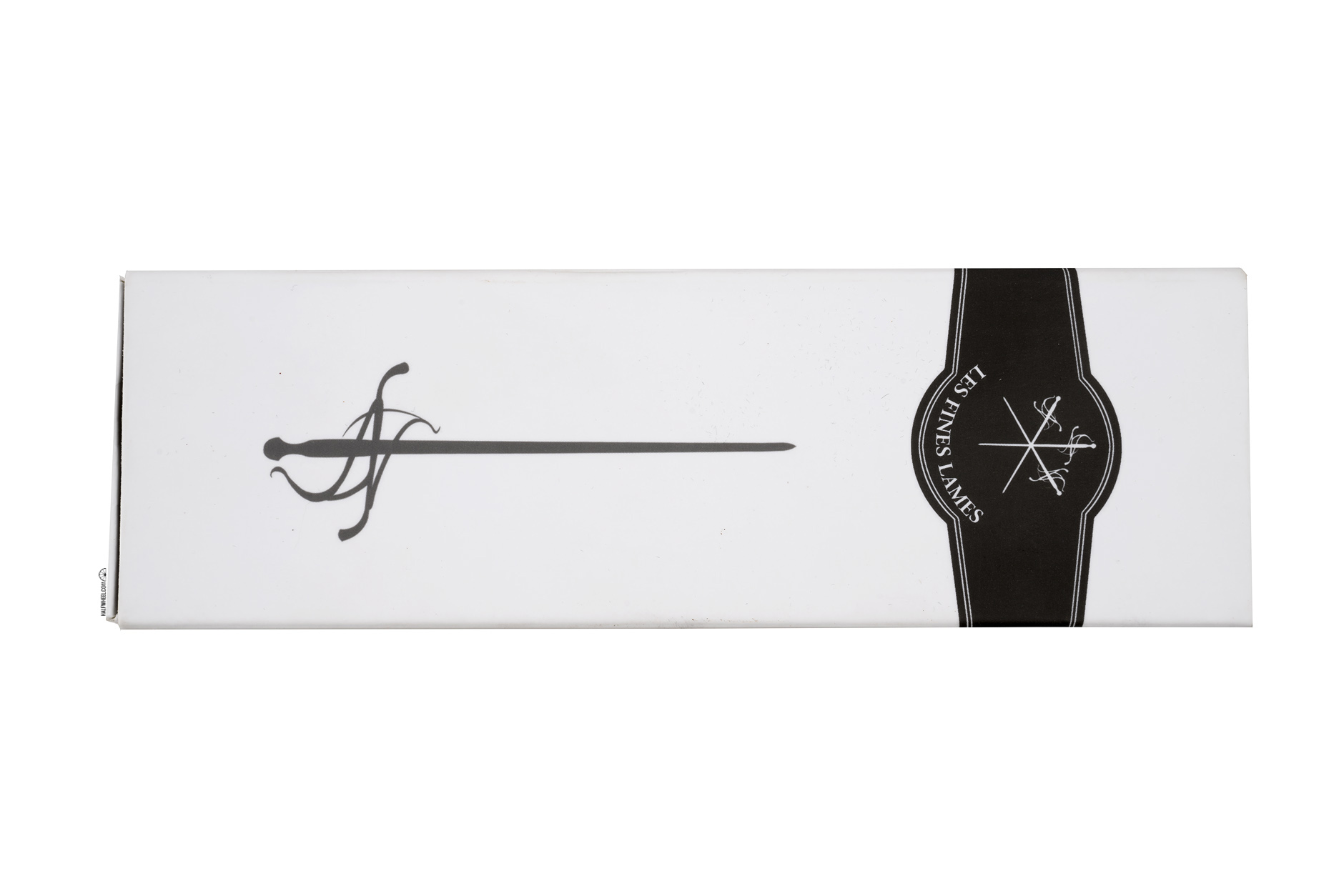 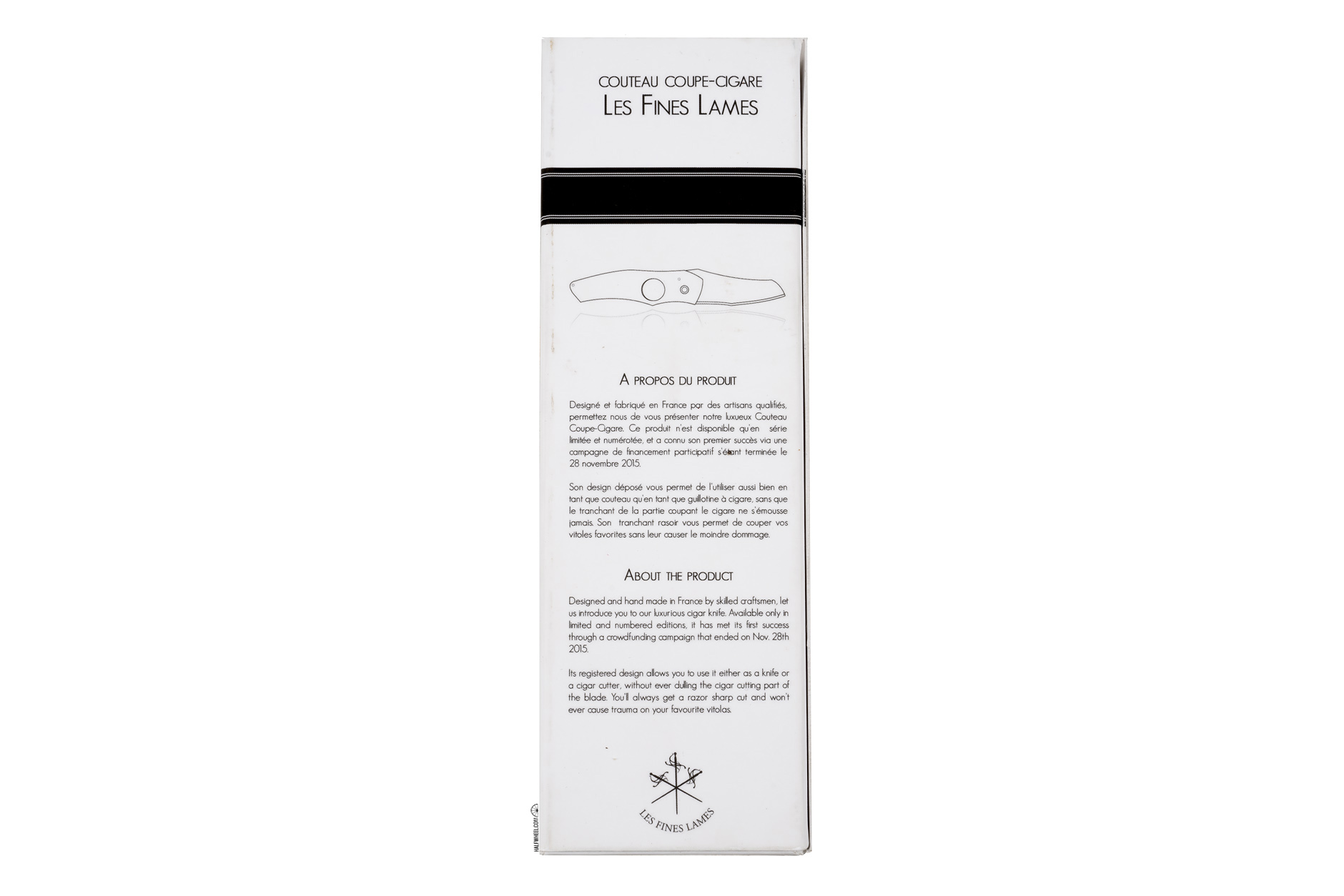 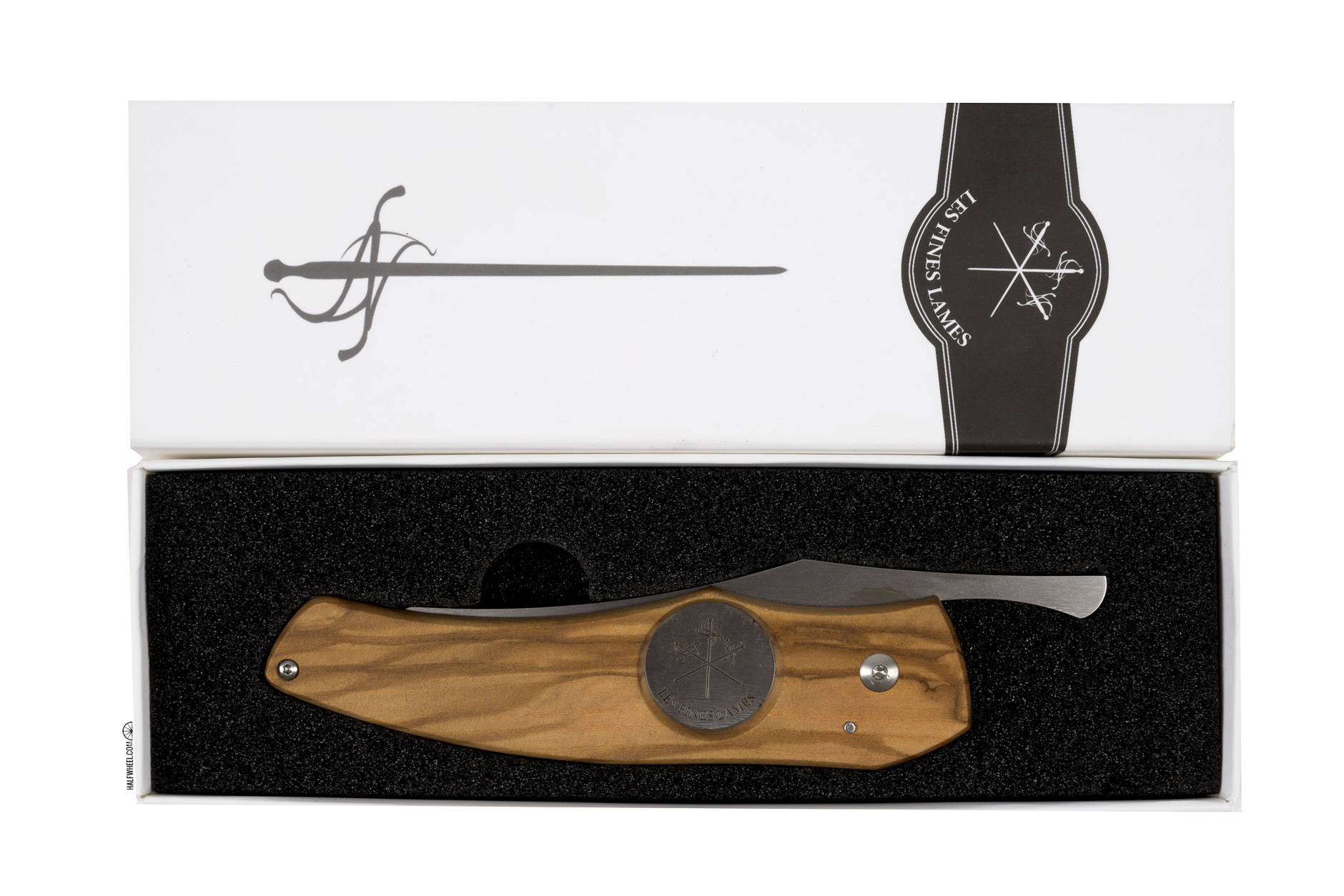 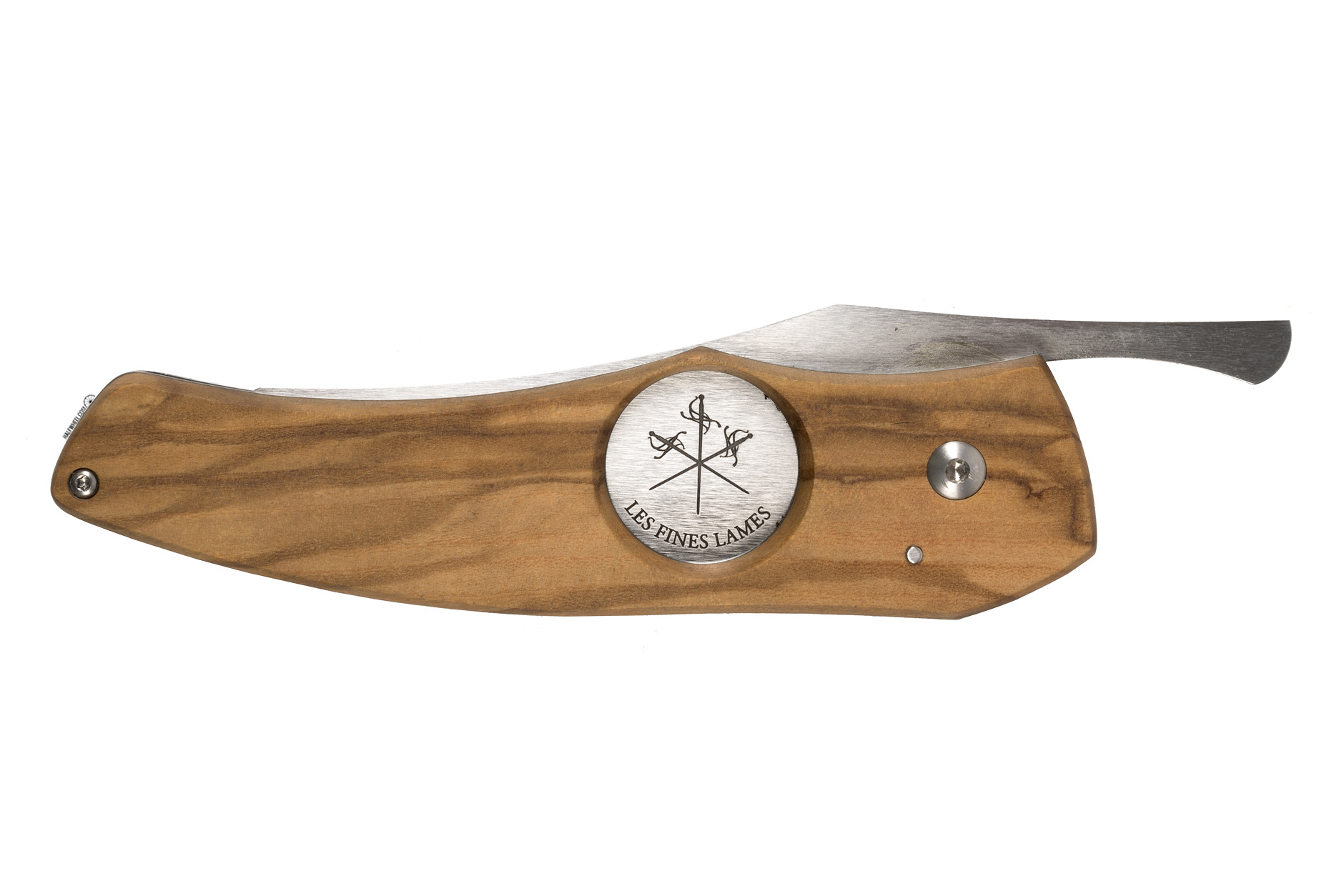 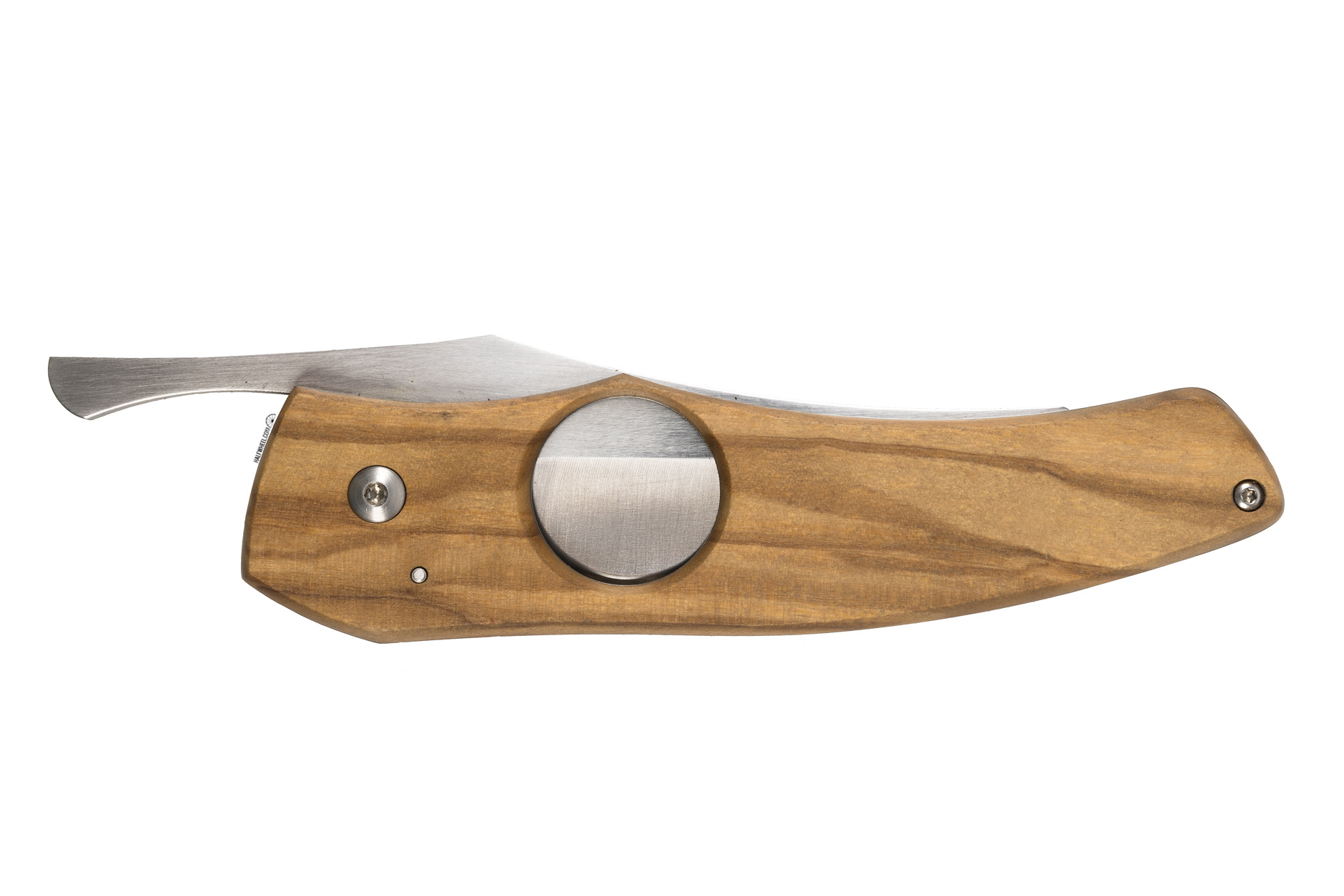 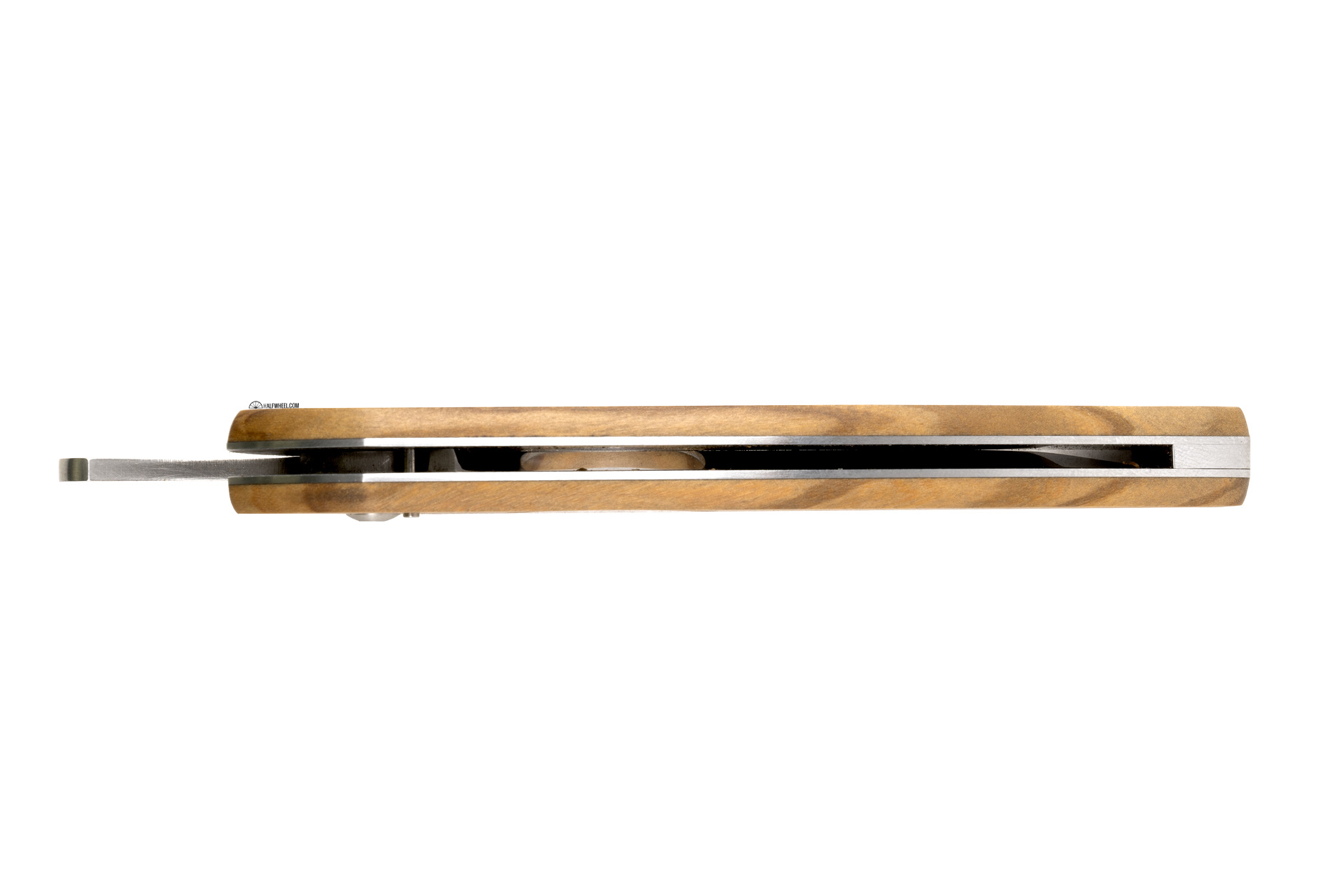 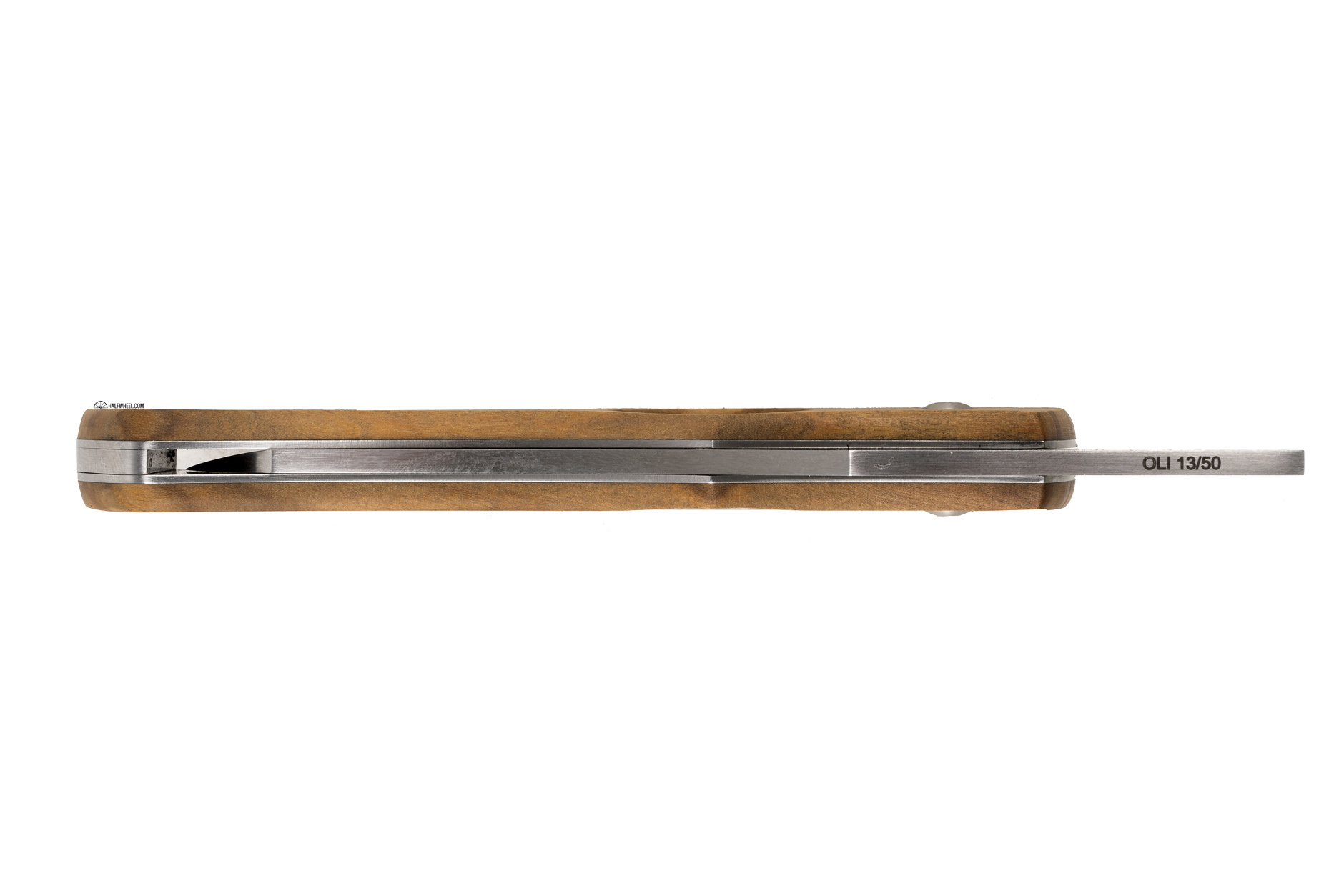 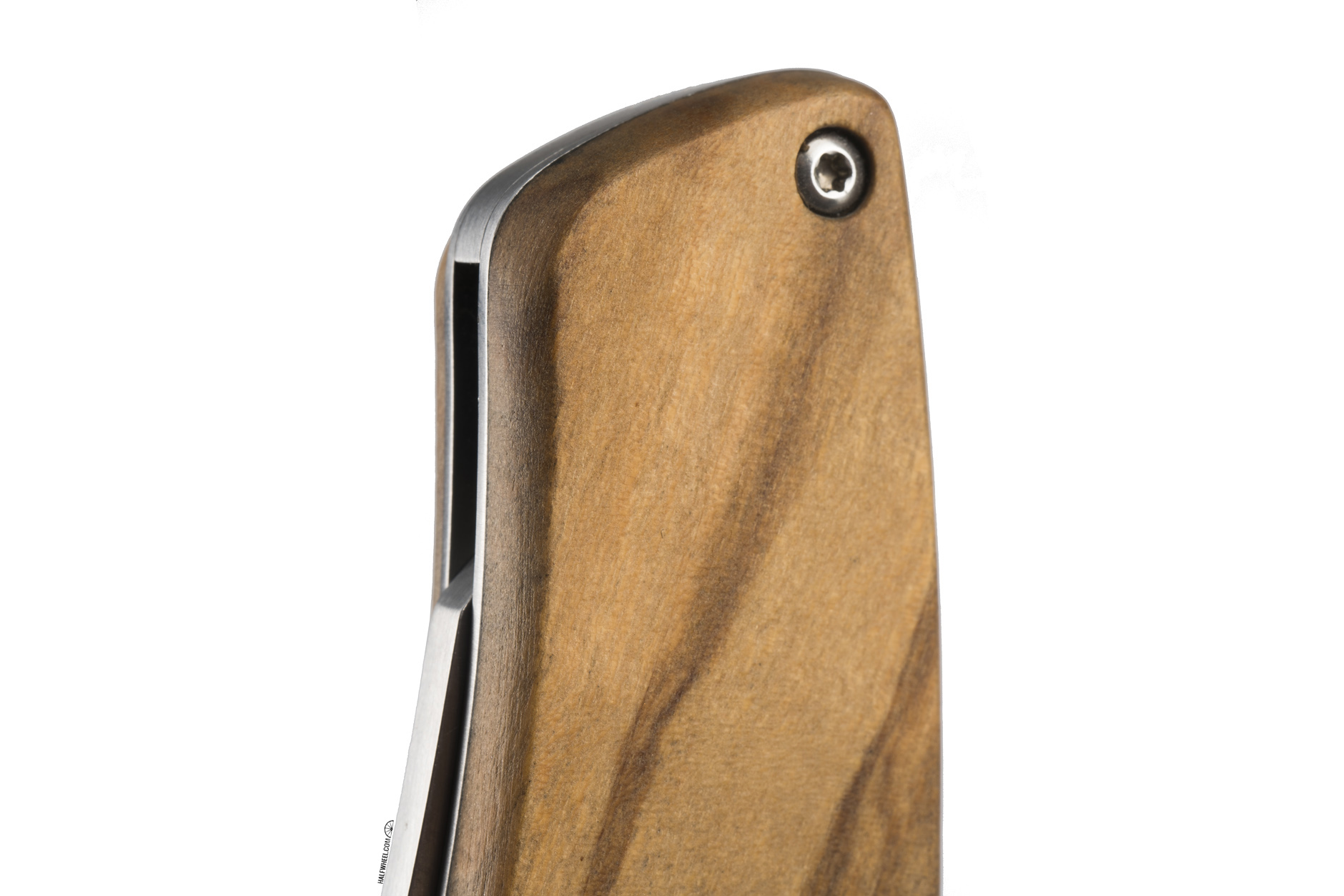 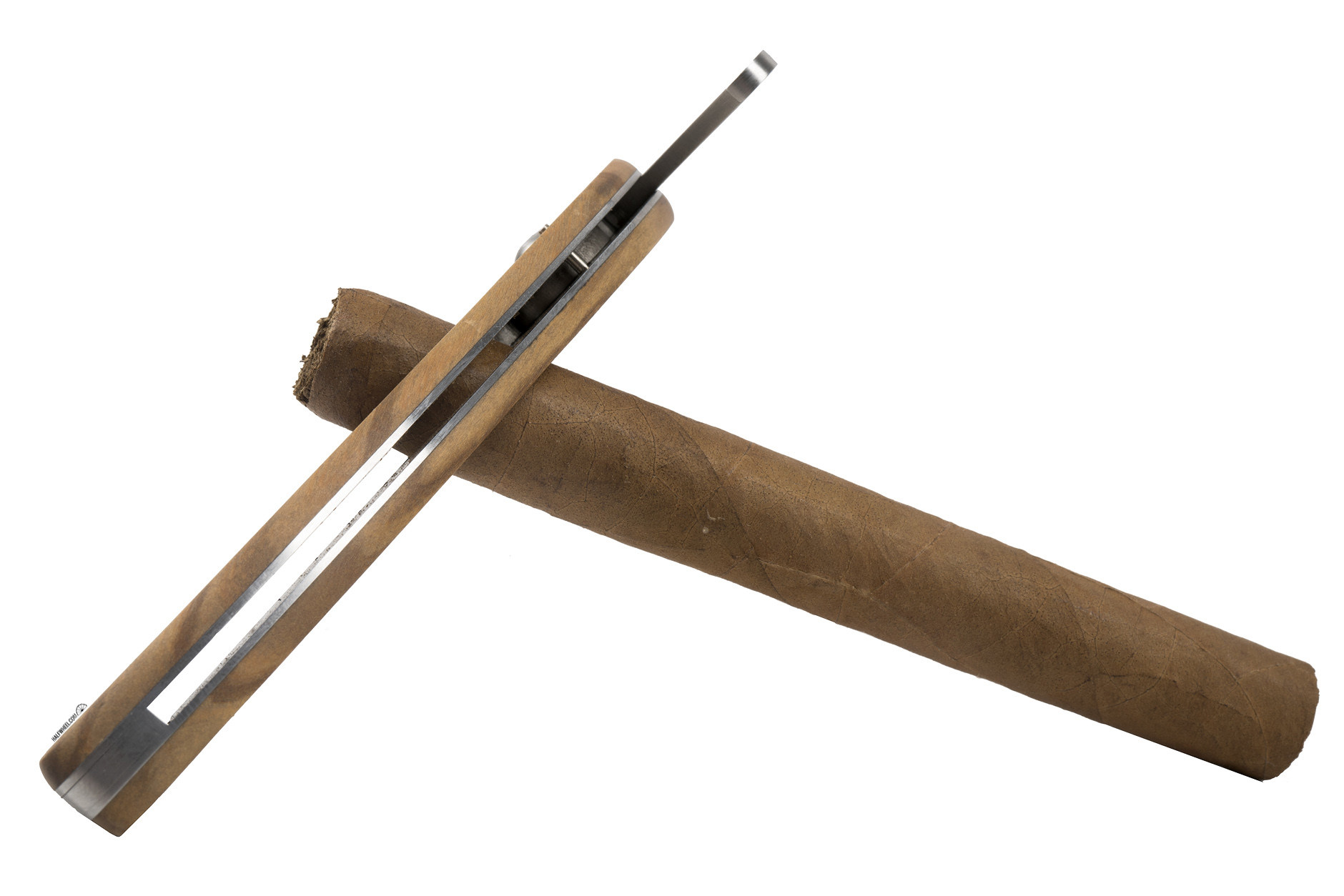 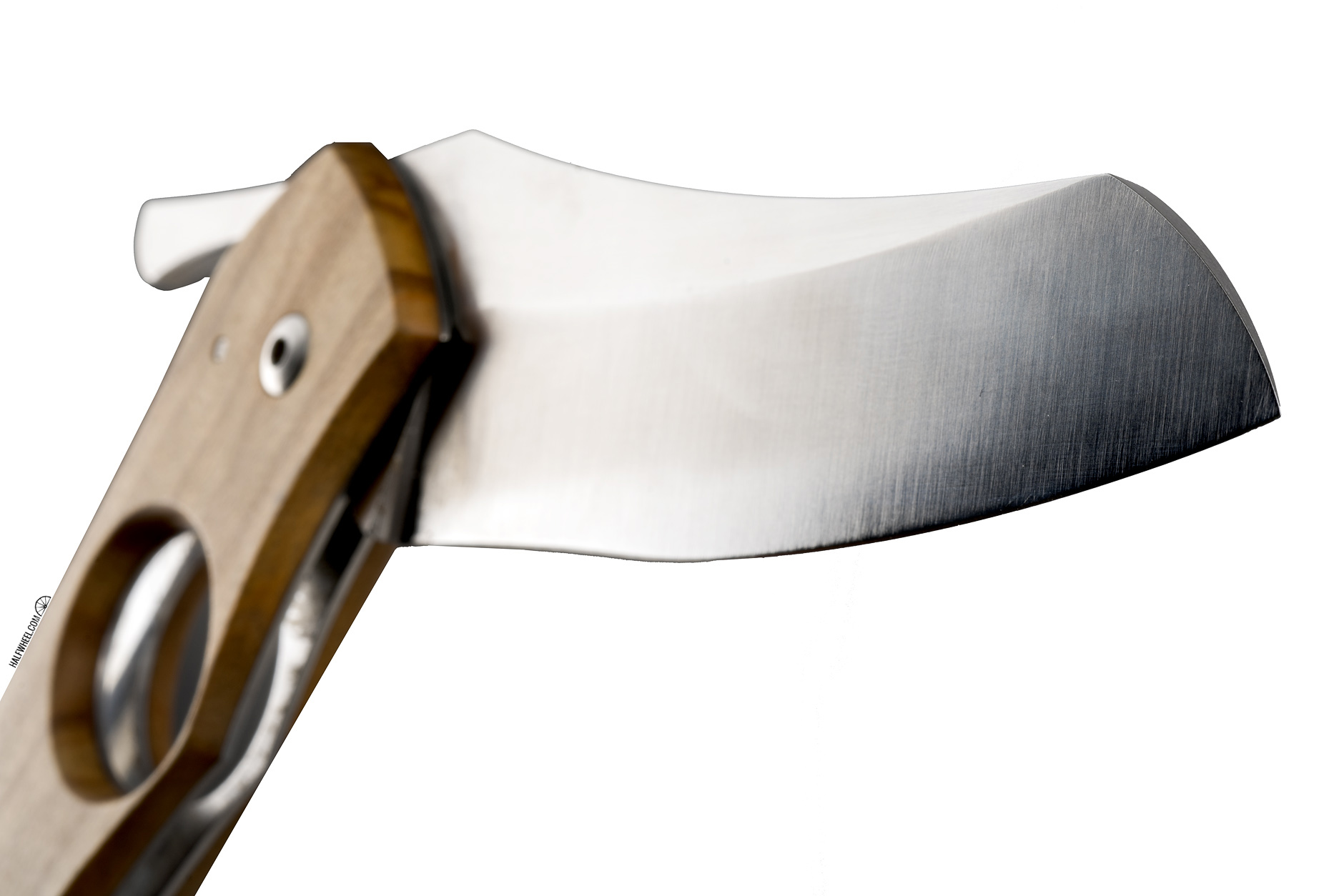 Our cutter weighs in at 125 grams and measures 148mm with the blade closed, while the total length with the blade open is 204mm. The diameter of the cigar hole is 23mm, meaning that you can stick a 58 ring gauge cigar completely through it, although you can cut enough of the cap off of cigars up to about 64 ring gauge to smoke them.

The Les Fines Lames features a modified single-blade guillotine cutter with a somewhat deceptively simple design, albeit one that takes quite a while to actually execute: first, you pull open the blade from its housing, then you hold the blade in your left hand with your thumb on the tip of the blade and the handle is cradled by the rest of your fingers. Next, you insert the cap of the cigar into the hole of the cutter and do your best to make sure you are not going to cut too much off. Then, you push down on the end of the blade with your thumb slowly, which pushes the blade through the cap and sticks nicely when it comes to the end of its journey.

One of the best things about the Les Fines Lames is a bit of a two-edged blade if you will forgive the pun. The blade is designed to hold the cap of the cigar after you cut it, meaning that you don’t have to worry about it falling anywhere or catching it when it does fall. However, this also means that you have to physically pull open the knife again each and every time you cut a cigar, adding to the amount of time it takes before I actually get to the important part of smoking the cigar.

There are some significant issues with the Les Fines Lames that really call into question its overall usefulness, especially when using it as a cigar cutter. Due to the design, physics, the limitations of a single guillotine cutter or a combination of all three, I found that despite the extremely sharp blade, actually cutting cigars led to caps that were damaged in some way for roughly half of the cigars I cut with it. While this number includes very minor damage—say, a small crack that did not have any effect on the smoking experience—there were multiple times when the cap was busted completely as well.

Smaller ring gauged cigars faired significantly better than larger ring gauges, to the point that I feel fairly confident stating that any cigar under 48 ring gauge has very little chance of being damaged in any way. However, that leaves a huge number of cigars that I did not know if I would get a clean cut on until I attempted to use the cutter on it, which is not a great feeling. 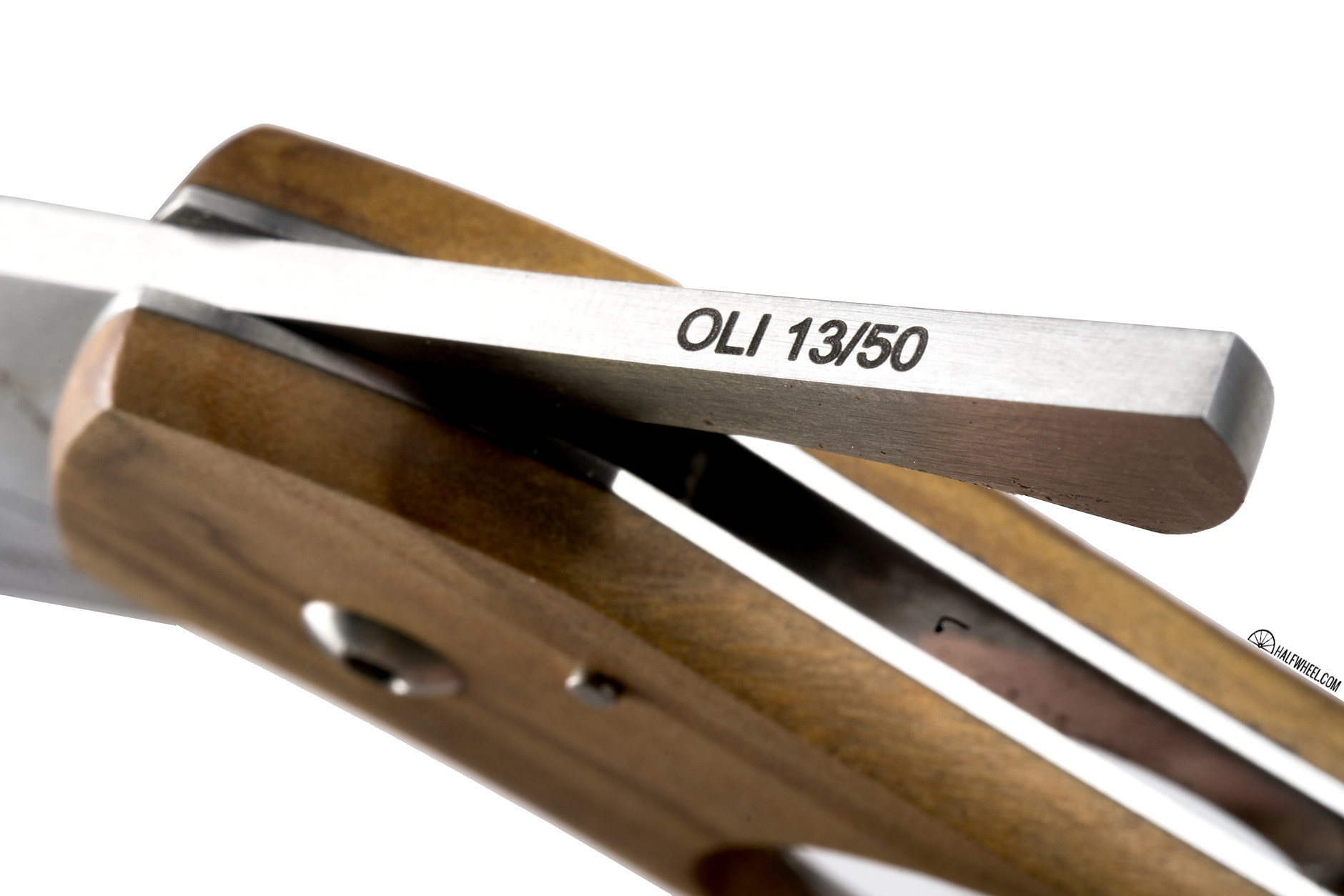 I used the Les Fines Lames on virtually every cigar I smoked for about a month, and I can safely say it easily one of the sharpest blades I have ever seen on a cigar cutter, if not the sharpest. The cutlery stainless steel is amazing and it gave me no issues in terms of actually cutting the cap, nor was I ever concerned about it becoming dull at any point.

In addition, the quality of the entire cutter is virtually second to none; picking it up was a joy, and every time I picked it up I felt a little bit of joy inside due to how amazingly well constructed it is. Quite a bit of time obviously went into the timeless design of the overall look, and I can imagine someone using this to cut something a hundred years ago or a hundred years from now. 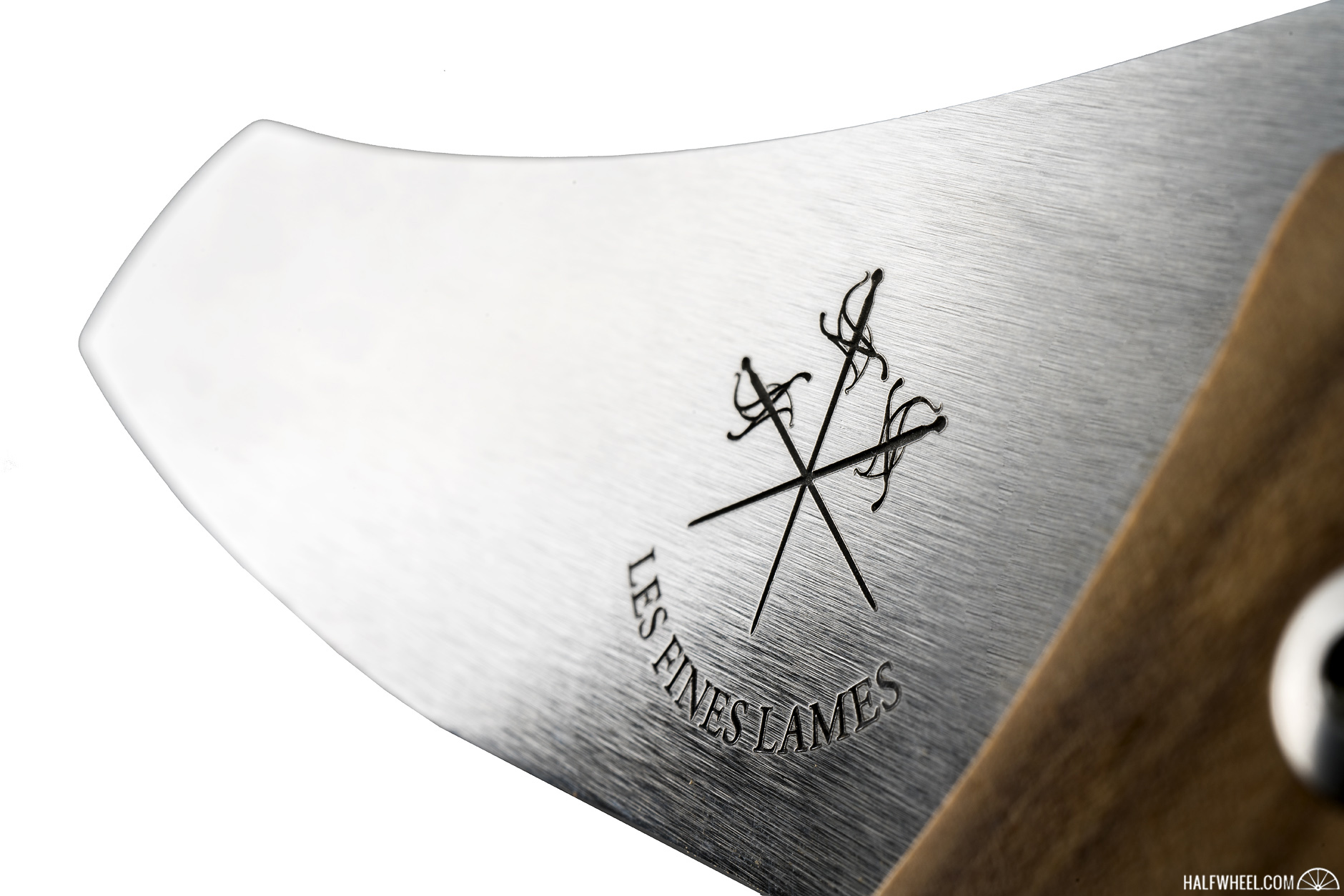 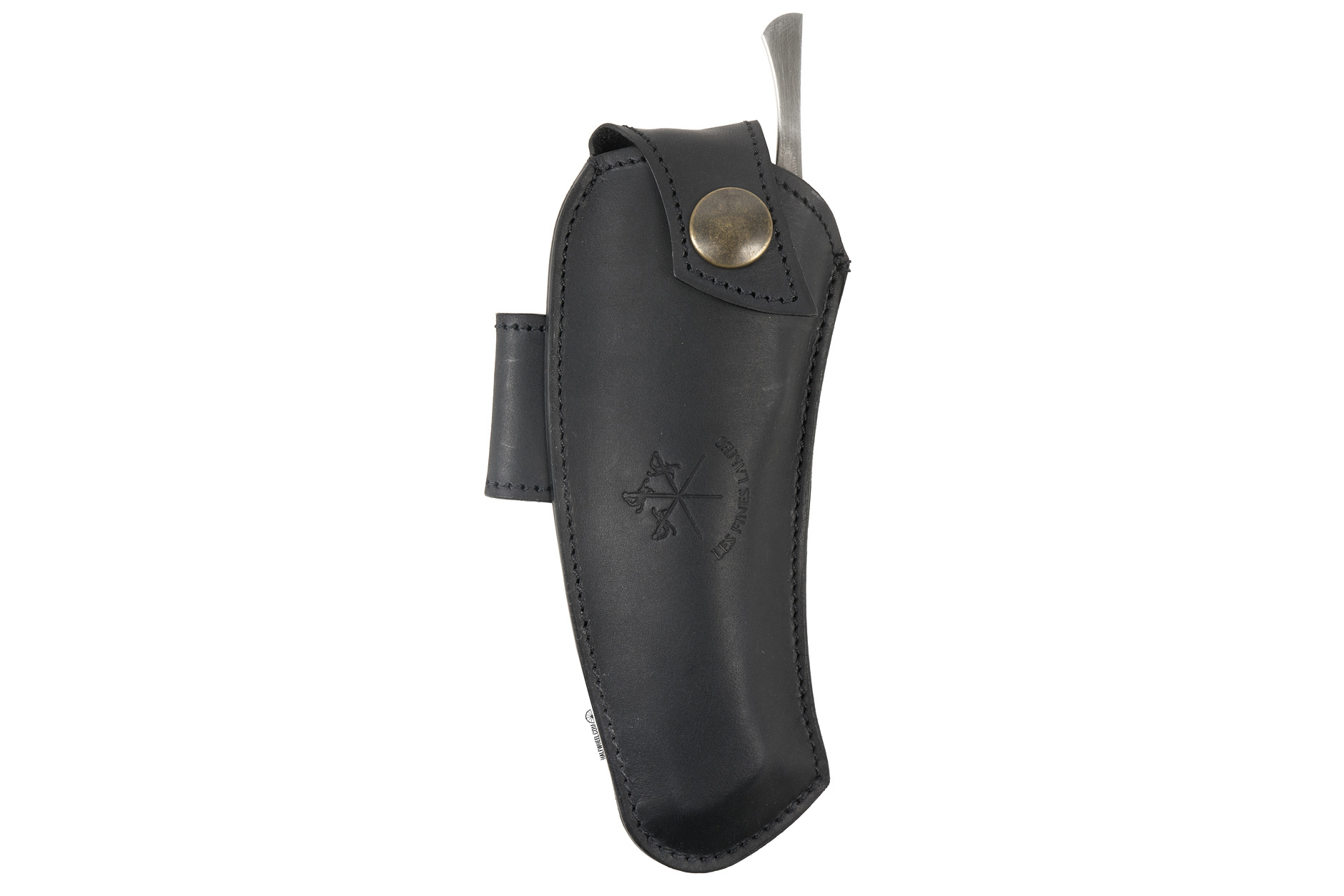 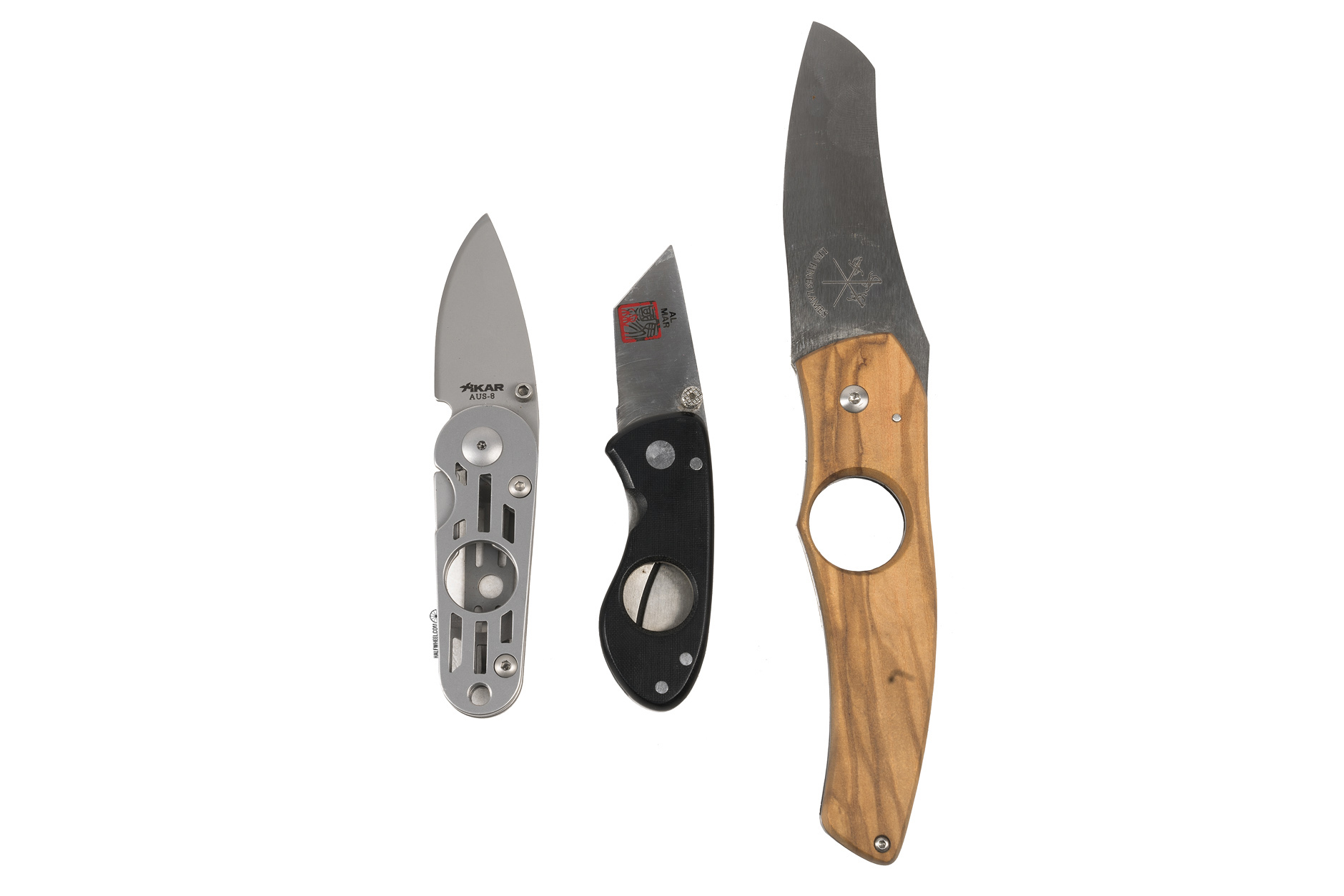 There are just not that many examples of cigar cutters that can also realistically be used as knives if the occasion arose. However, of the ones I know about, the XIKAR Cigar Cut Knife $(60) comes closest, although it only cuts smaller ring gauge cigars and we are pretty sure it has been discontinued. 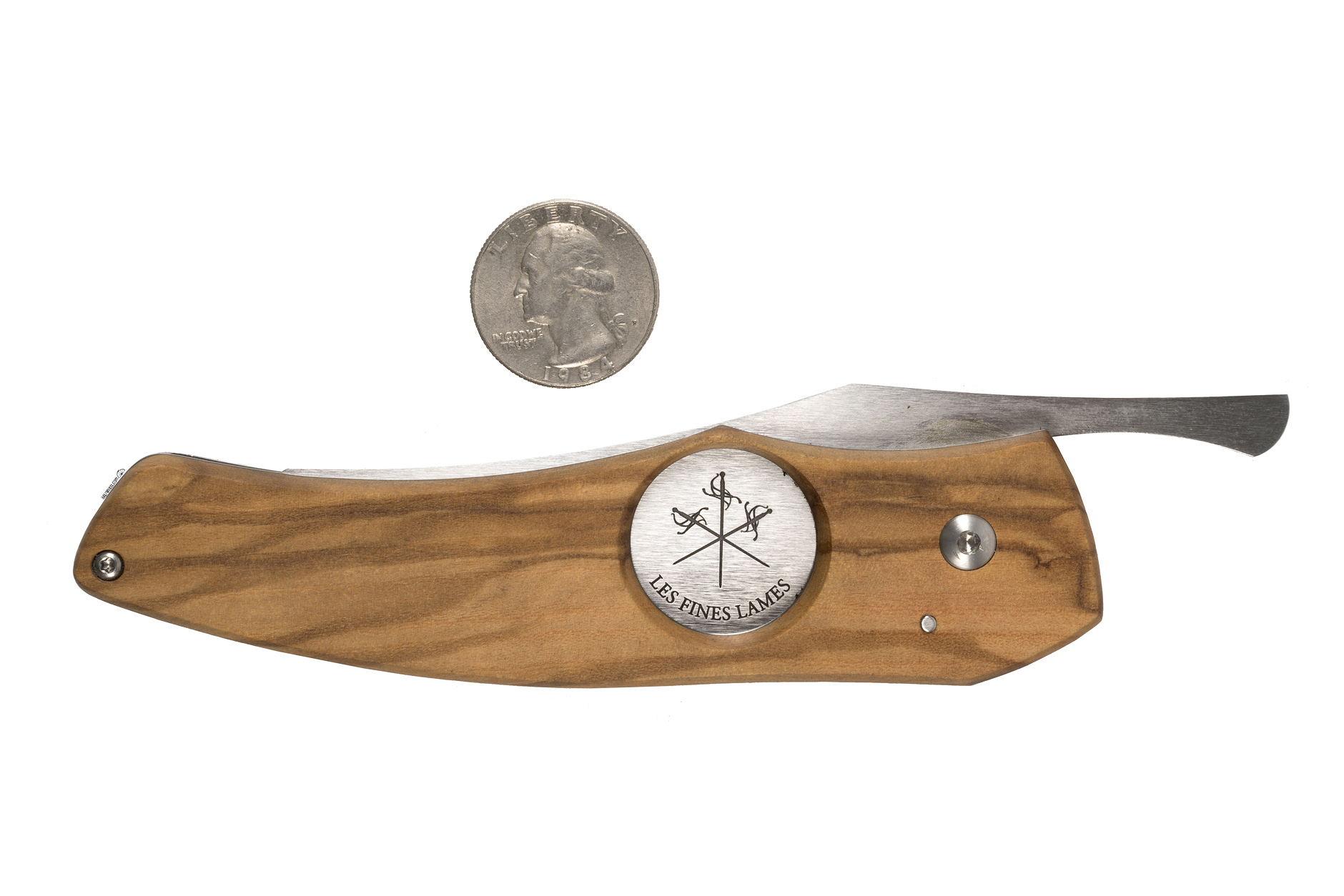 Charlie will probably disagree with me, but no, you should not.

The Les Fines Lames is the perfect example of how a company has to compromise when building a cigar cutter/knife combination: while the blade portion of the product seems to have very few issues, the cutter action is rife with problems. The fact that this cutter has one of the sharpest blades I have ever tested means that when it works, it cuts extremely well, with clean caps and very few pieces of tobacco left behind. The problem is that this optimum result only occurs for about half of the cuts that it is used for; the rest of the time I was left with busted or pinched caps and unraveled wrappers. Interestingly, the Les Fines Lames works significantly better on smaller ring gauged cigars—lets call it 48 ring gauge and below—but even at its best, the combination of large price, the awkwardness of use and problems with cigars 50 ring gauge or over make it a non-starter as a primary cutter.

Disclosure: We originally purchased the White G10 knife ($389) but the company offered to upgrade the cutter for free. We didn’t tell them we were reviewing it, etc. They also sent the Leather Sheath for free, once again, we didn’t ask for it. In total we were probably given $200-250 worth of free upgrades.