And it did: ashtrays.

Both are made in Paris using mortar, which is a cousin of concrete and—to me—feels a bit softer than concrete, and offered in five colors: anthracite, blue, green, gray and red. They also have more or less the same footprint of 5 3/4 inches x 5 3/4 inches square and 1 3/10 inches thick. The one difference is that the MONAD, the single cigar ashtray, has one of its corners cut off, resulting in a slightly shorter side—roughly about an 1 1/4 inches—for that part of the ashtray. It’s an ashtray. Drop your ashes in the designated area, rest your cigar in the slot when wanted.

Beyond that, there’s felt on the bottom, which means you won’t need to worry about this scratching your table. The only real interesting part is that the company says that the mortar material will show wear over time, but that you can scrub it out to return the ashtray back to its original state.

One thing I appreciate is that none of the interior corners are sharp angles; rather, they are rounded out. This makes cleaning a lot easier and more effective. 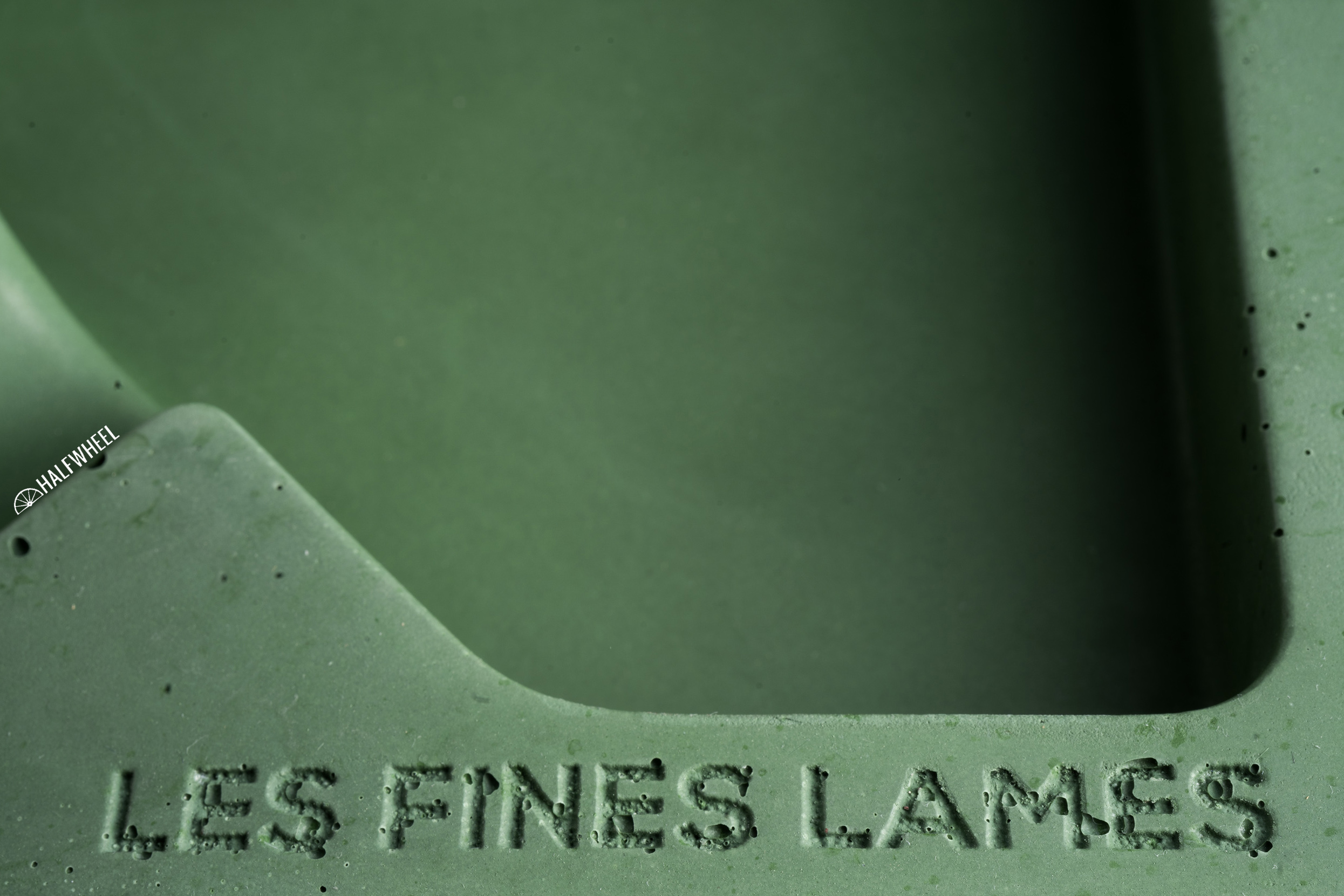 While searching the internet, I was a bit surprised to not stumble across more concrete ashtrays designed for single cigar use. There are a lot designed for cigarettes and some designed for cigars, but it would appear the MONAD is somewhat of a niche product. In terms of a single cigar ashtray, many years ago I used to use something like this and it worked quite well until one of the metal feet became disconnected. Yes. This is a products that has as many special features as it has notable detractions: none. Some people might care more that it’s made in France, that everyone is slightly different, and that it’s unlikely that most cigar smokers have ever seen this product before—but I don’t really care about any of that. It functions very well and is price appropriately, if not more than appropriately. In the end, the MONAD—like all ashtrays should be—is a well-made, practical product that should last a very long time. If you like the looks and are fine with the price, there’s no reason not to add this to your cigar accessory collection.