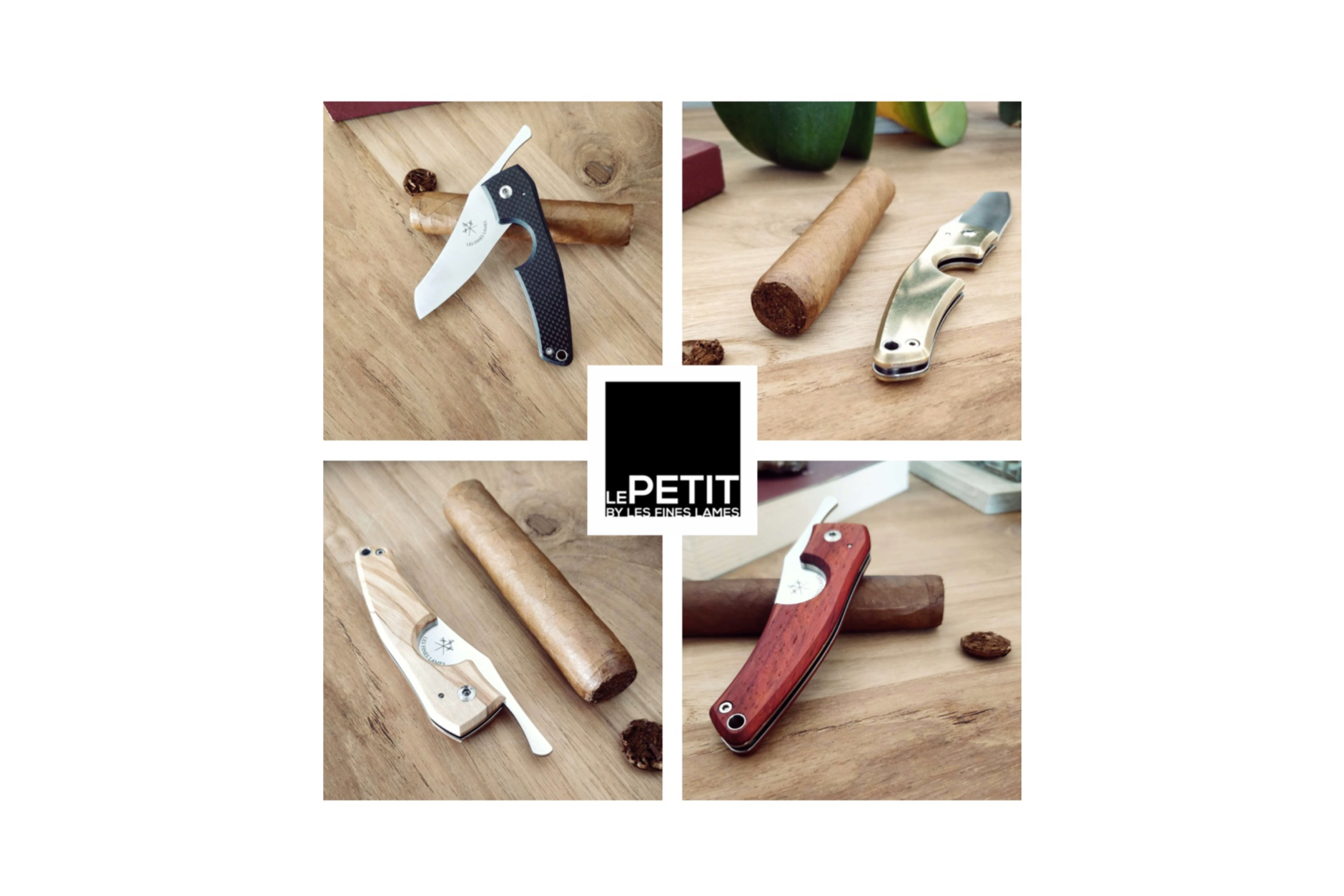 Next month, Les Fines Lames, the French cigar knife maker, will be launching all-new model that is both smaller and more affordable.

The Le Petit by Les Fines Lames uses the same basic design and materials as the original cutter, but it measures just 4.53 inches long with a 2.55 inch blade. The original is 5.83 inches long.

It’s largely the same concept, the knife opens like a regular folding knife, but the handle features a cut out to place the cap of a cigar in. When the blade gets folded back into the handle, it passes through the cut out, cutting the cap. The new version features a semi-circle instead of a full circular hole like the original. Les Fines Lames says it can fit up to 70 ring gauge cigars.

Both cutters use 14C28N stainless steel and are made in Thiers, France.

It will launch as part of an Indiegogo campaign that begins Sept. 3, 2019. Pricing is $119 through Indiegogo, while it will start at $149 in stores next year. In addition, the Indiegogo price includes a leather sheath, whereas the retail versions will be sold without the sheath. The cheapest versions of the original Les Fines Lames have been priced at over $350. The Le Petit by Les Fines Lames will be offered in six different finishes. Three are wood—ebony, padauk and olive—one is a micarta blue canvas and there is also brass and carbon fiber. Les Fines Lames has offered countless limited versions of its original cutters to date, something that has already started with the Le Petit.

To celebrate the new design, the company sent three special versions of the Le Petit into the stratosphere, over 22 miles off the face of the earth. Those models are special gold versions, which also included diamonds in the handle, one of which will be sold as part of the Indiegogo campaign.