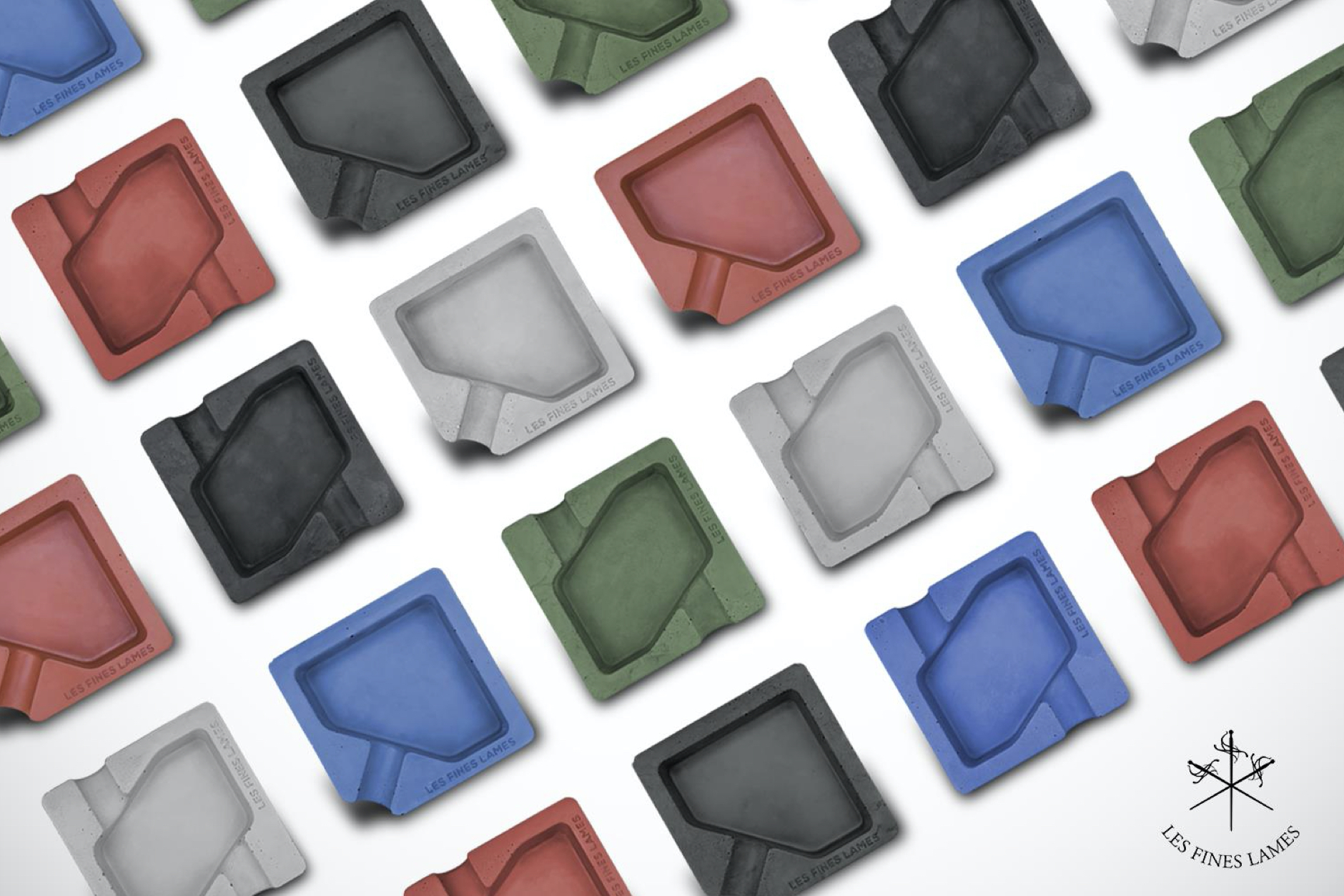 Les Fines Lames, the French company known for its cigar knives, has expanded into another cigar accessory segment: ashtrays.

The company has begun selling a new line of ashtrays under the names MONAD and DYAD. Both ashtrays are made in Paris using mortar. Les Fines Lames says that it is using the Japanese aesthetic of wabi-sabi, which centers around finding beauty in imperfections. The company says that mortar material means that it will show signs of use which would further this aesthetic belief, though cleaning with a scrub will restore it back to its original state.

Both ashtrays are offered in five colors: anthracite, blue, green, gray and red. 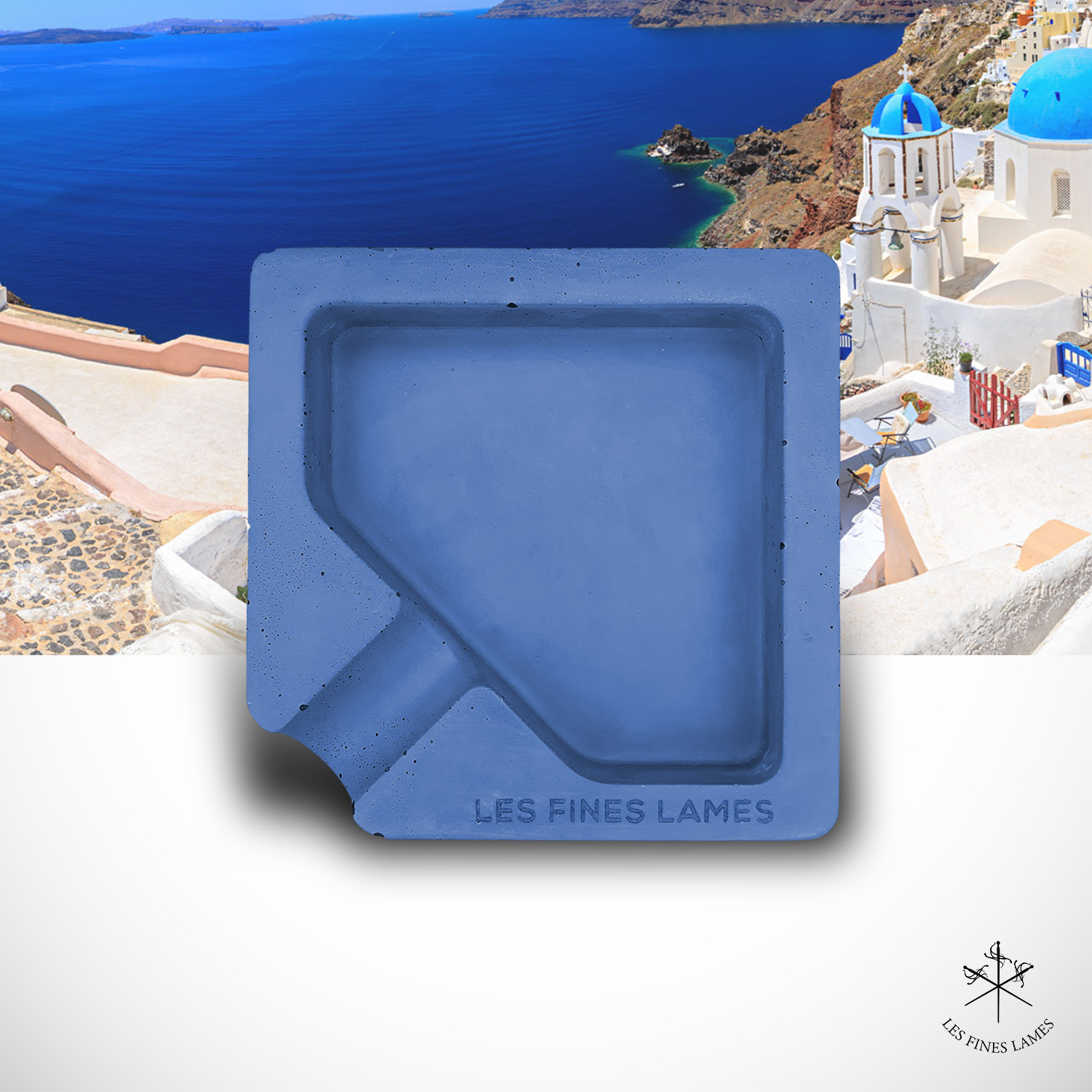 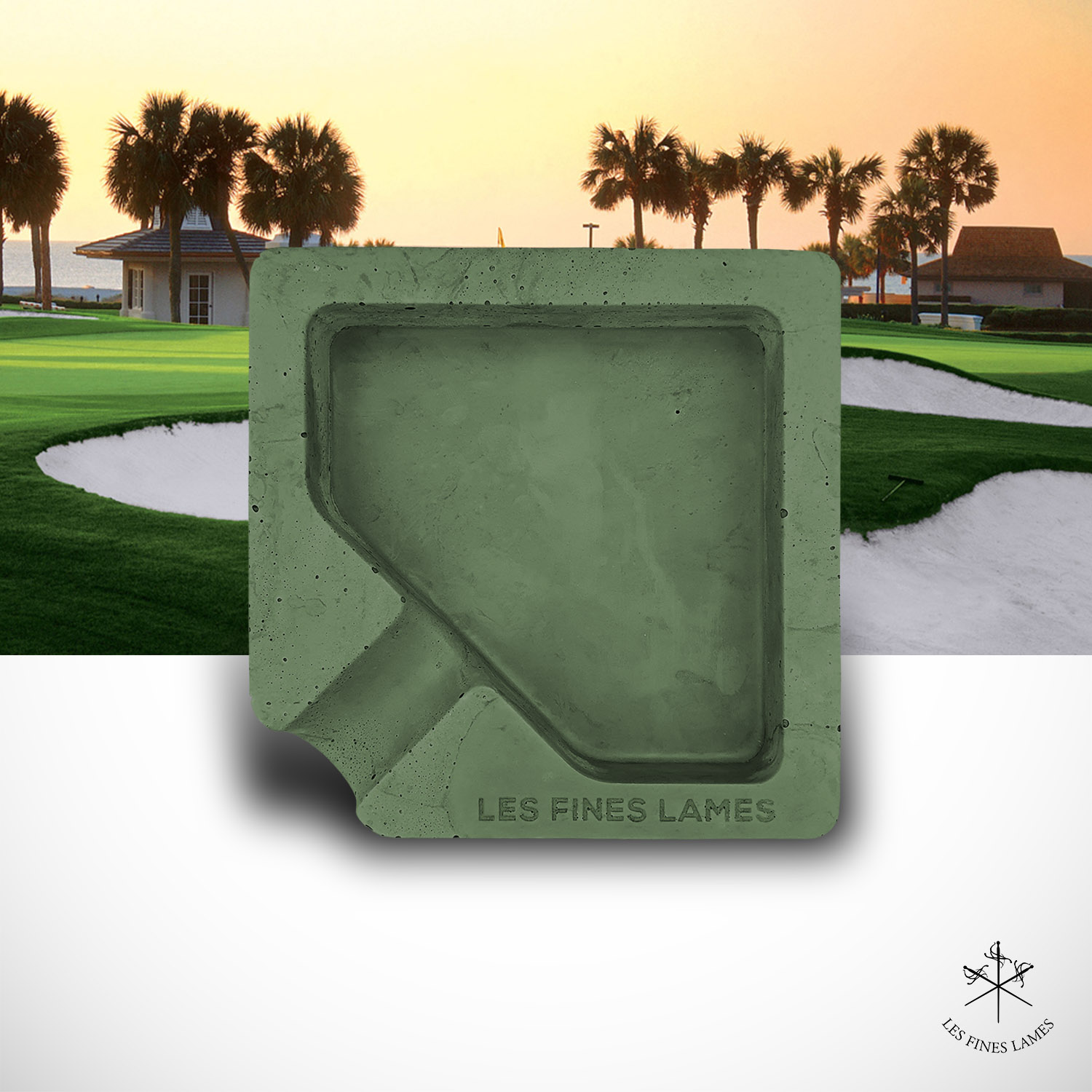 DYAD is the same size, though a slightly different shape and with space for two cigars on opposite sides. It is priced at $78.

Both ashtrays have felt-lined bottoms to protect the surface where they are used.