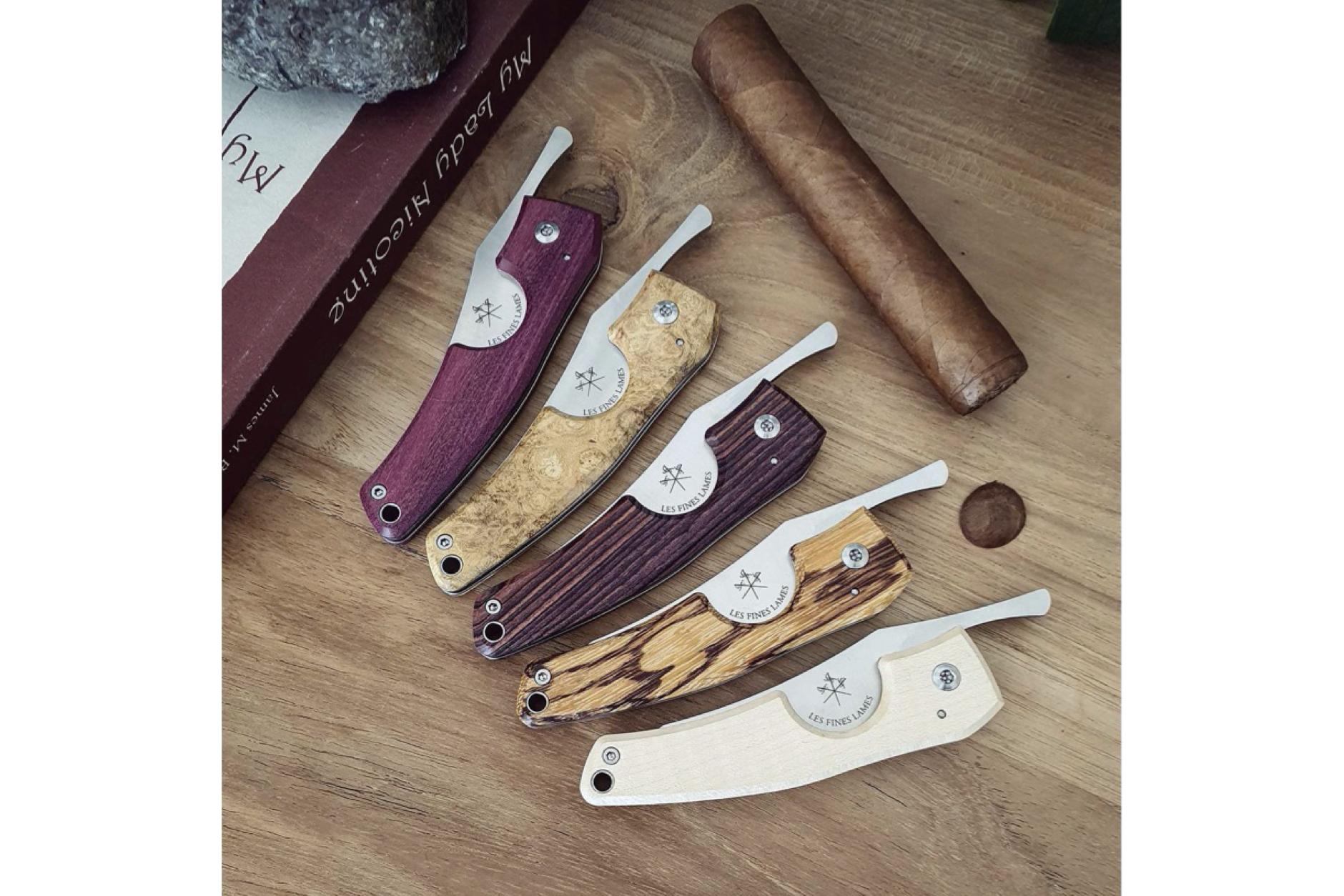 There are five new handle options for the Le Petit by Les Fines Lames cigar knife.

The French company has added five different wood handles to its existing options:

All five are regular production offerings that are offered to retail accounts.

It’s the third time in as many months that the company has expanded its Le Petit by Les Fines Lames line. In May, it added collections under the name of Compass, Skylines, Brass and Tattoo. Three of the four, the exception being Brass, feature blades with engraved designs on the blades.

Last month, the company announced a partnership with Havana Club, the Cuban rum brand. The Havana Club x Les Fines Lames is made from staves from spent barrels that were used by Havana Club. It also features a unique design on both the blade and leather sheath. It is priced at $239 and limited to 120 numbered units.