Sam Leccia is ready to unveil his first new line since he joined General Cigar Co. in September 2014, and it’s an extension to his popular Luchador line.

The Luchador El Gringo is slated for a September release and will be a regular addition to the portfolio, using a Nicaraguan oscuro wrapper, Nicaraguan habano binder and ligero fillers from Pennsylvania and Nicaragua. It was the filler that Leccia focused on when talking about the cigar with halfwheel, calling it “full bodied, packing a nice punch, but it’s smooth.” 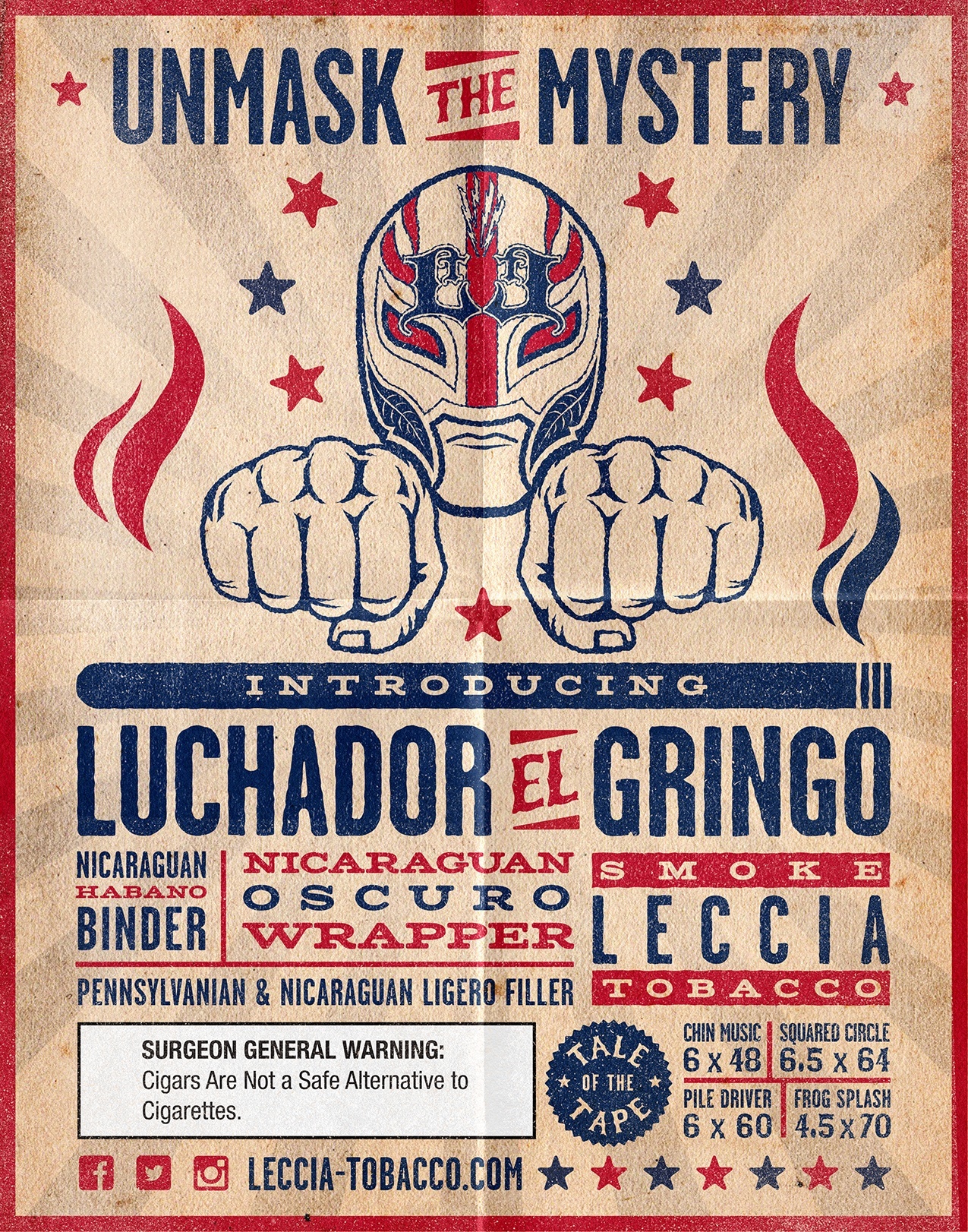 It’s being released in four sizes, all with wrestling-themed vitola names and pricing between seven and nine dollars. The 6 x 48 Chin Music is the skinniest of the bunch, followed by the 6 x 60 Pile Driver, 6 1/2 x 64 Squared Circle, what Leccia describes as a “pyramid square press” and the 4 1/2 x 70 Frog Splash, which he notes gets a “mat press.”

“There’s something for everyone: short, fat, skinny, and pyramid; two pressed and two round,” Leccia noted., adding that the Frog Splash is much wider than it is tall, making it more “mouth friendly.”

All four of the sizes will come in 21-count boxes in a three-rows-of-seven style that Leccia has used for previous releases.

The Leccia Luchador El Gringo is being made at American Caribbean Tobacco S.A. in Nicaragua. Leccia will have the cigars at the 2015 IPCPR Convention & Trade Show happening next month before they begin shipping to retailers in September.