In 2014, Les Fines Lames began as an Indiegogo campaign in 2014 producing piedmont-style folding knives in France. The company—which was founded by Pierre Jourdan, Yann Bouten and Gilles Bailly-Maitre and the name of which translates to the thin blade from French—marketed the product not only as a knife but also as a cigar cutter. While those original cutters were popular with some, at $350 Les Fines Lames wasn’t for everyone.

Enter the Le Petit by Les Fines Lames, which was launched as part of an Indiegogo campaign that began on Sept. 3, 2019. Although it is made with some of the same materials as the first release, the Le Petit measures only 4.53 inches long compared to the original cutter’s 5.83 inches. 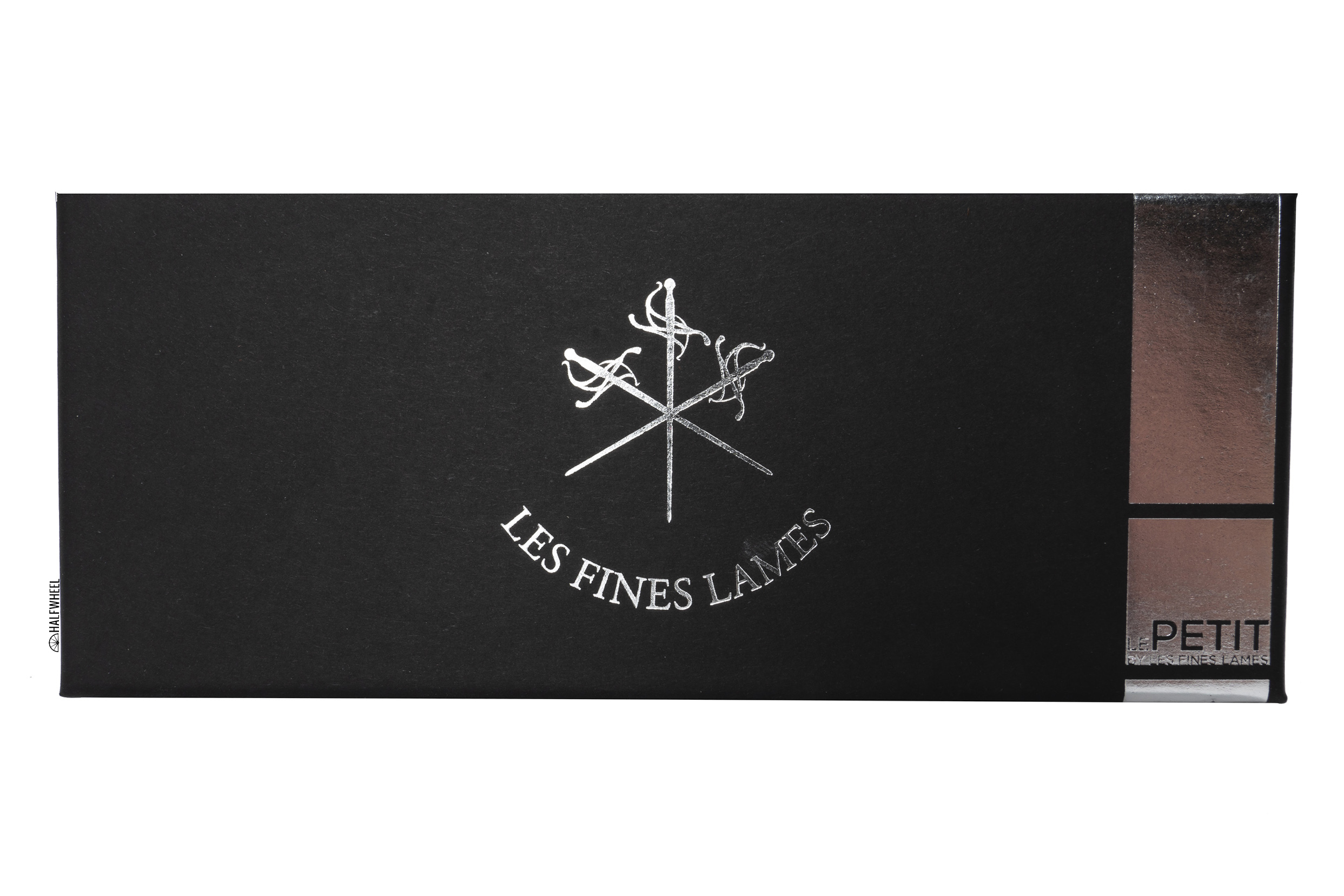 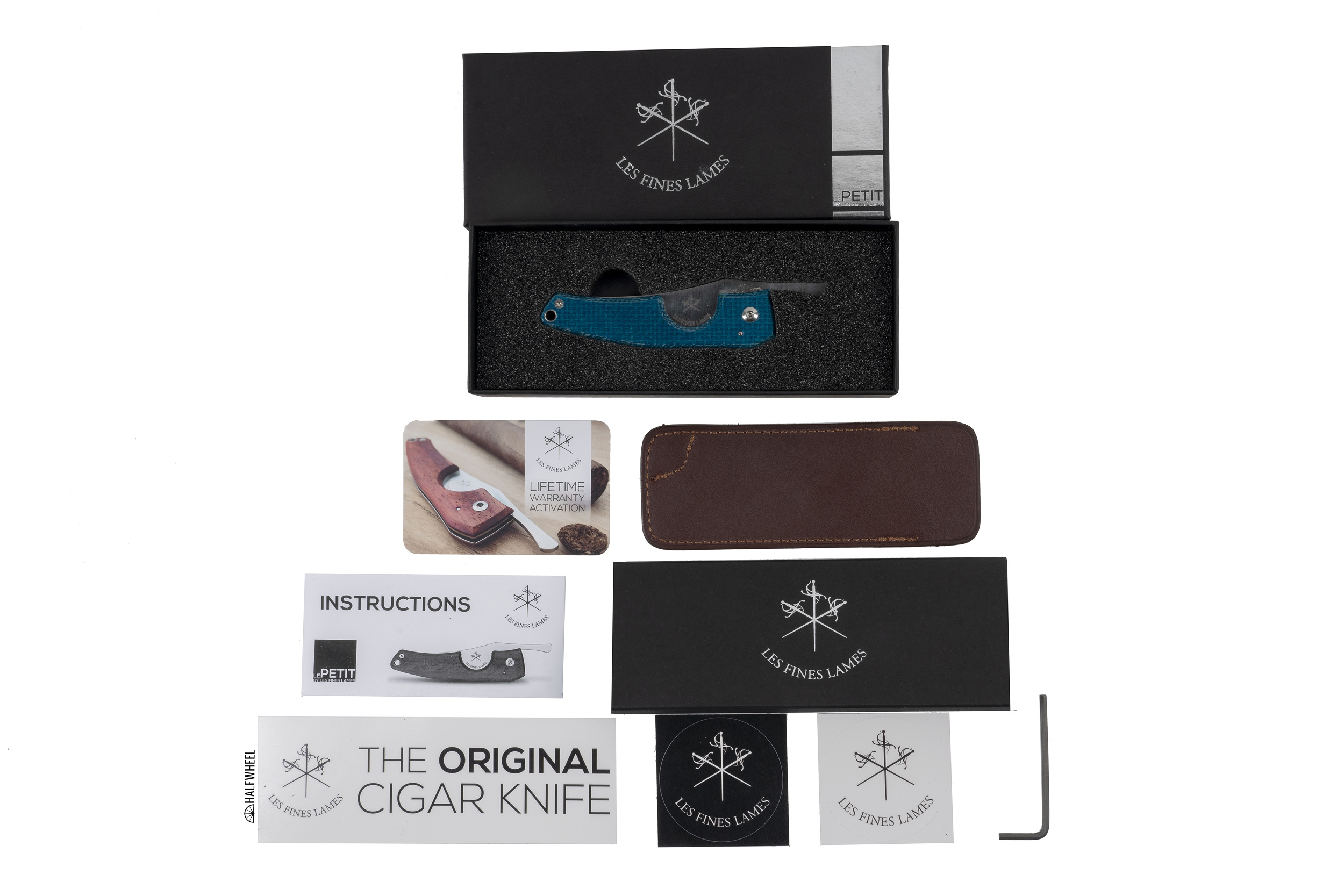 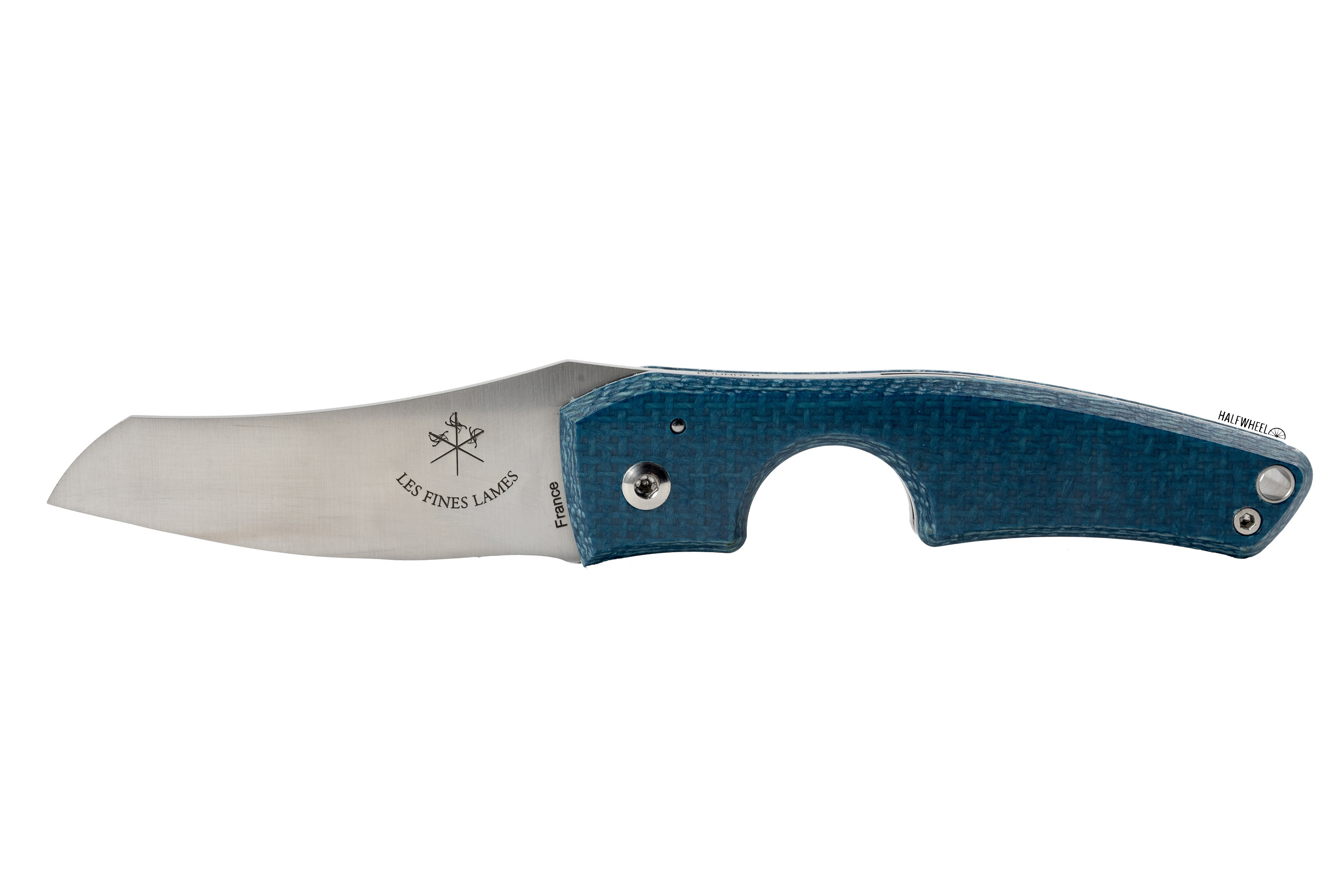 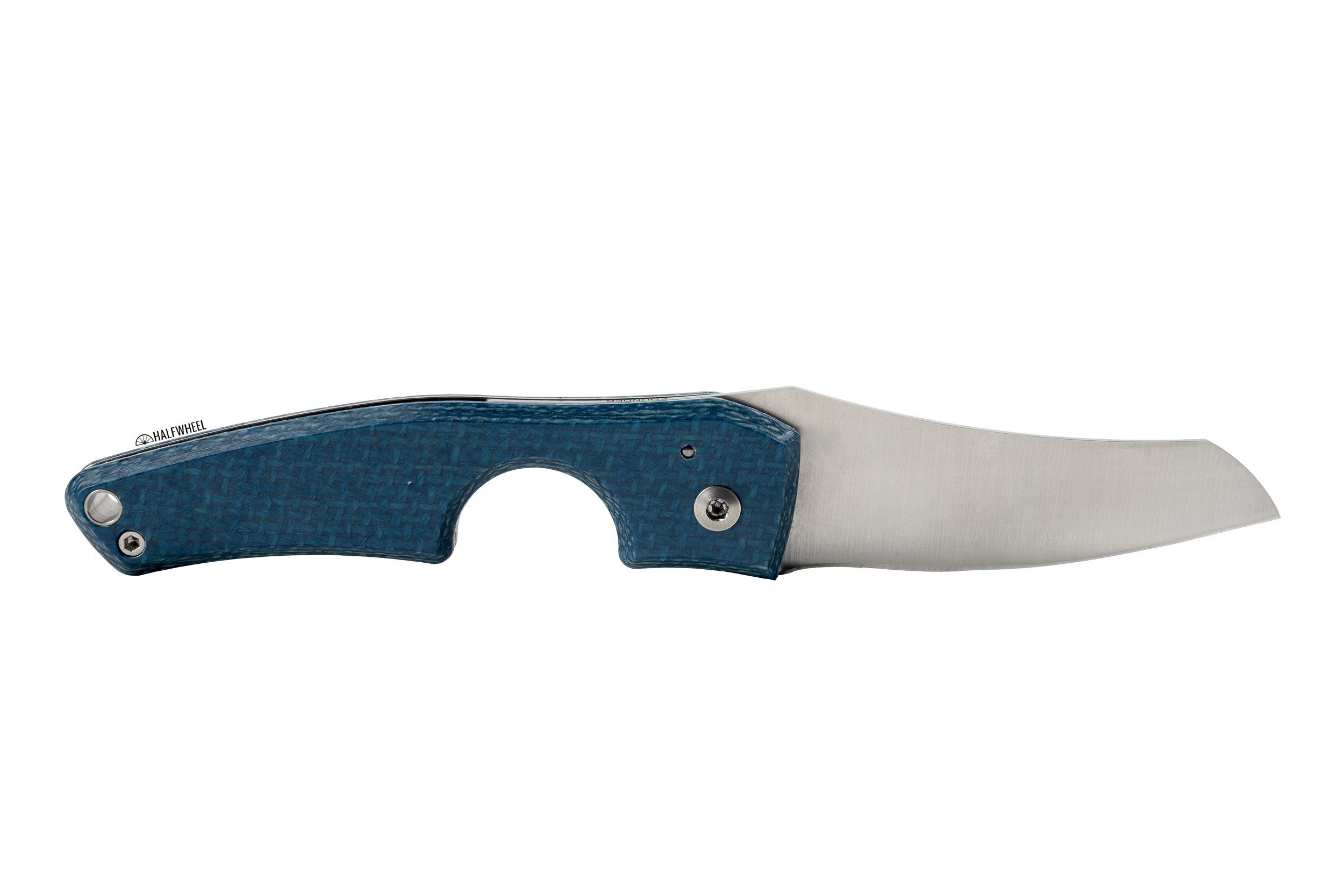 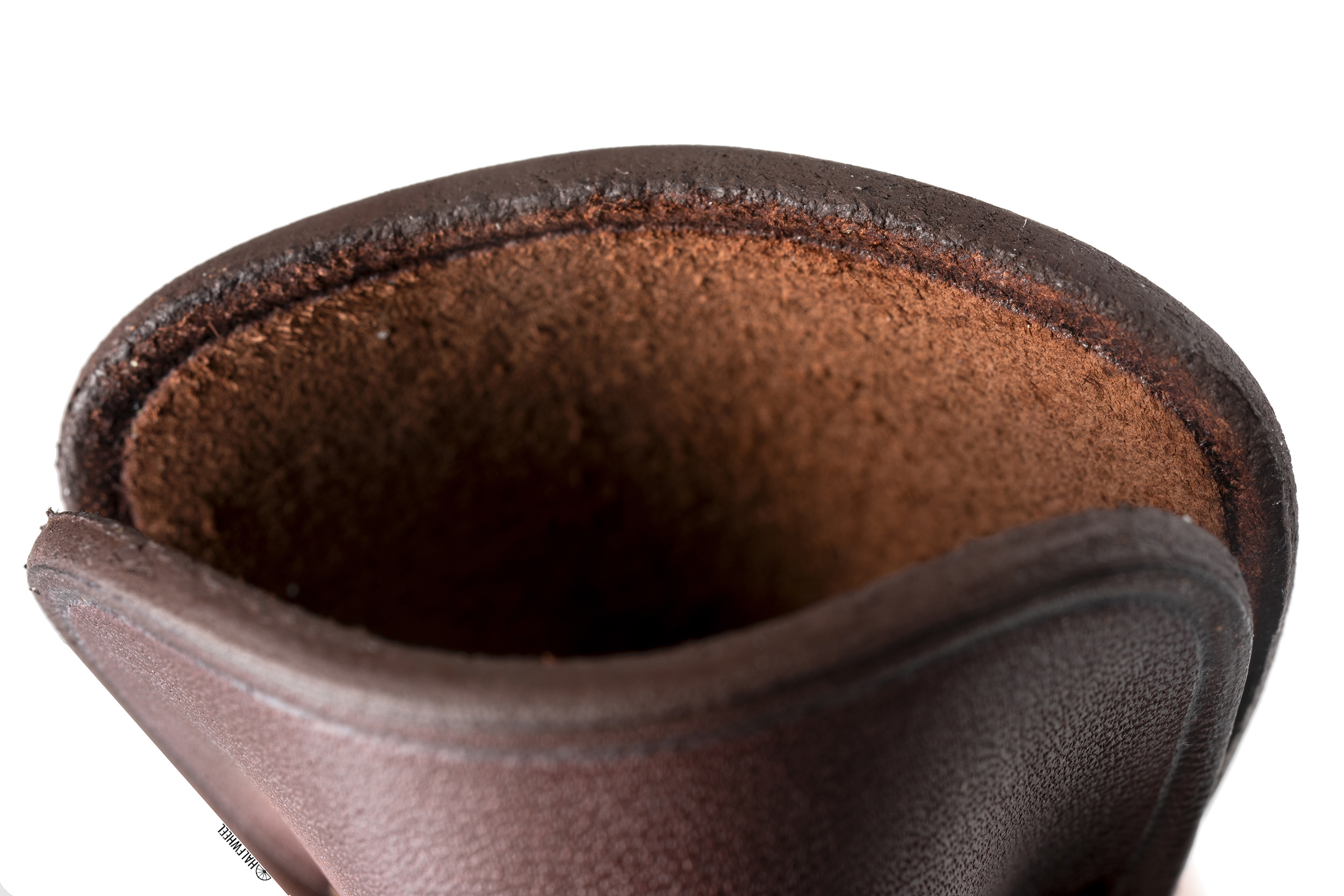 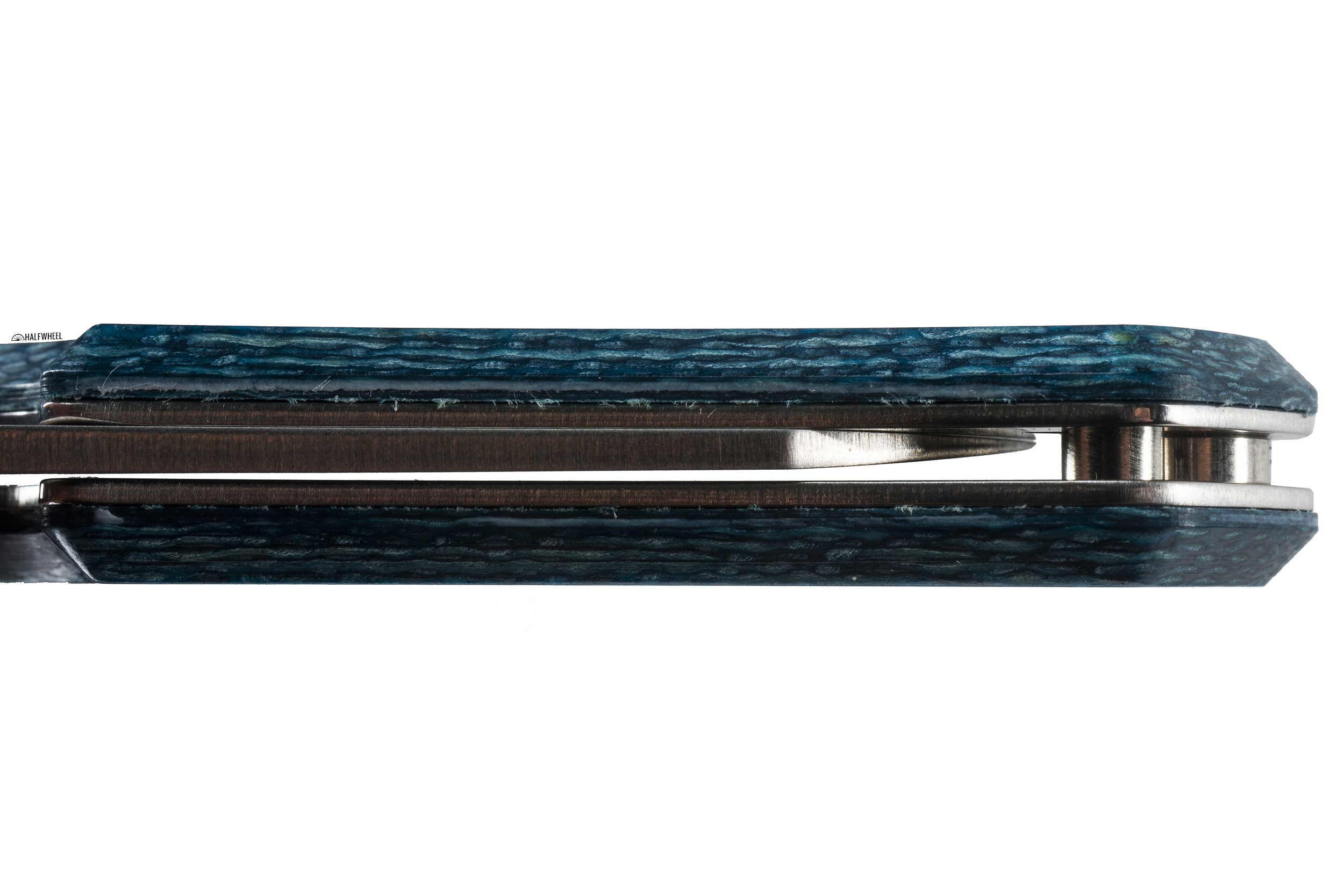 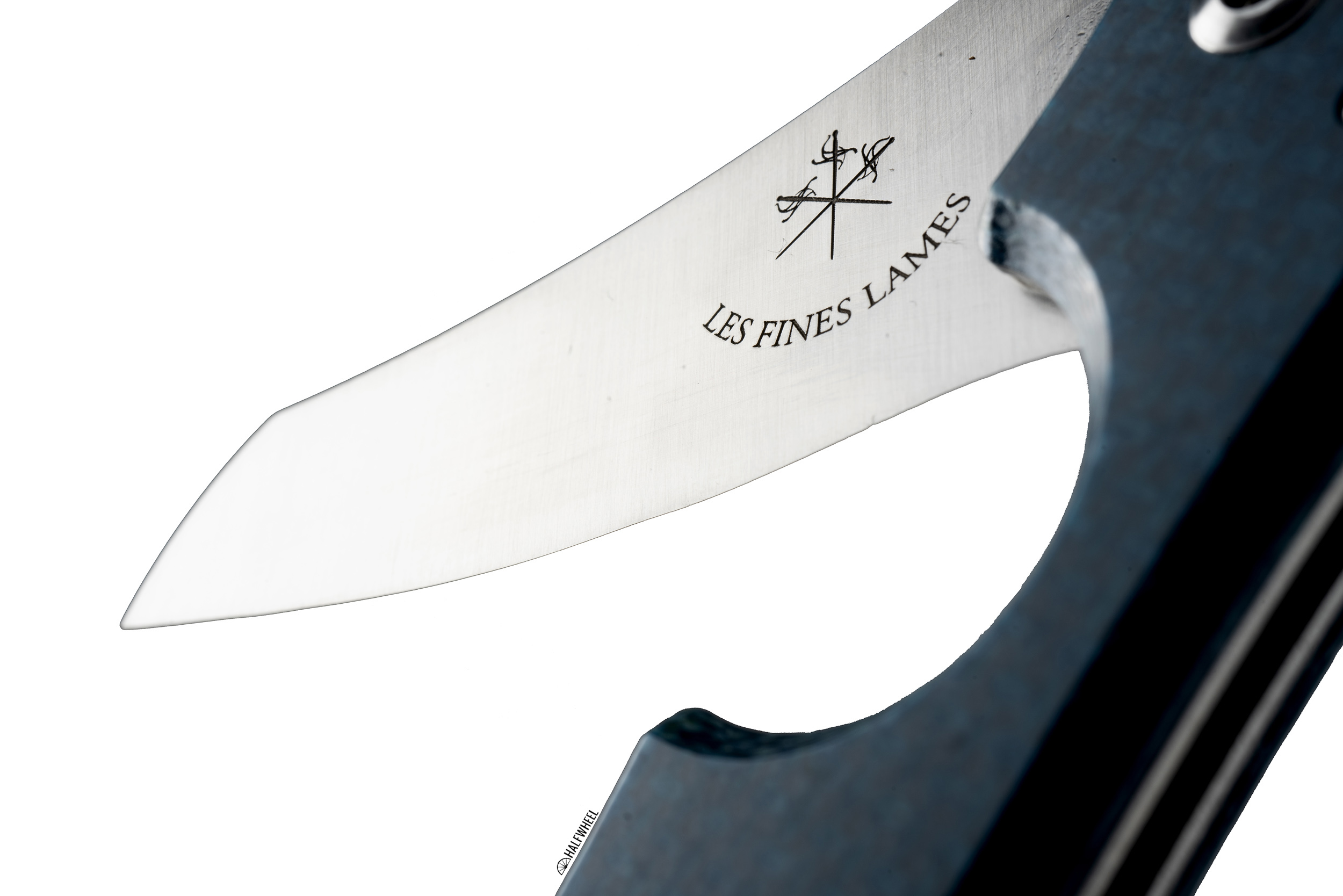 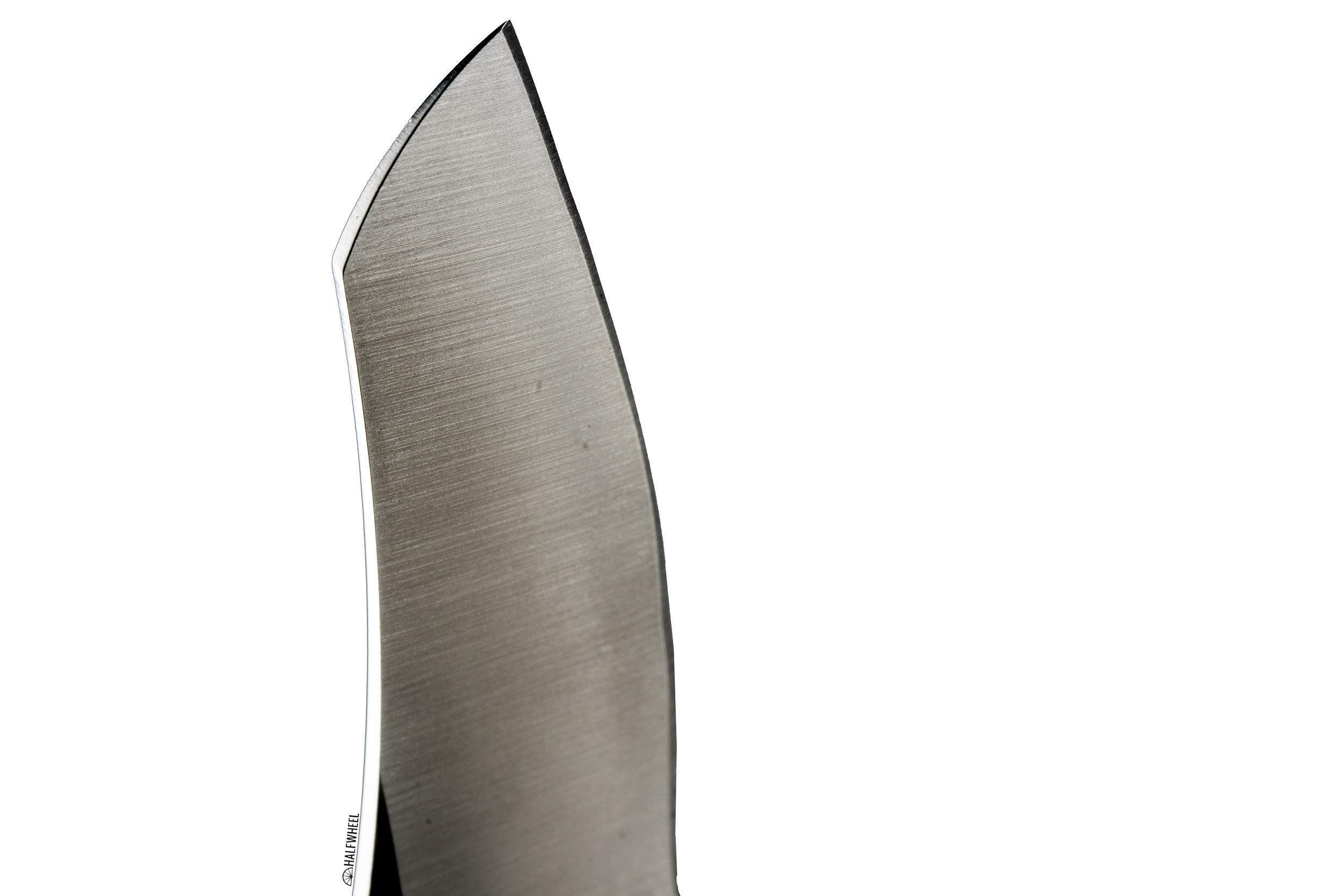 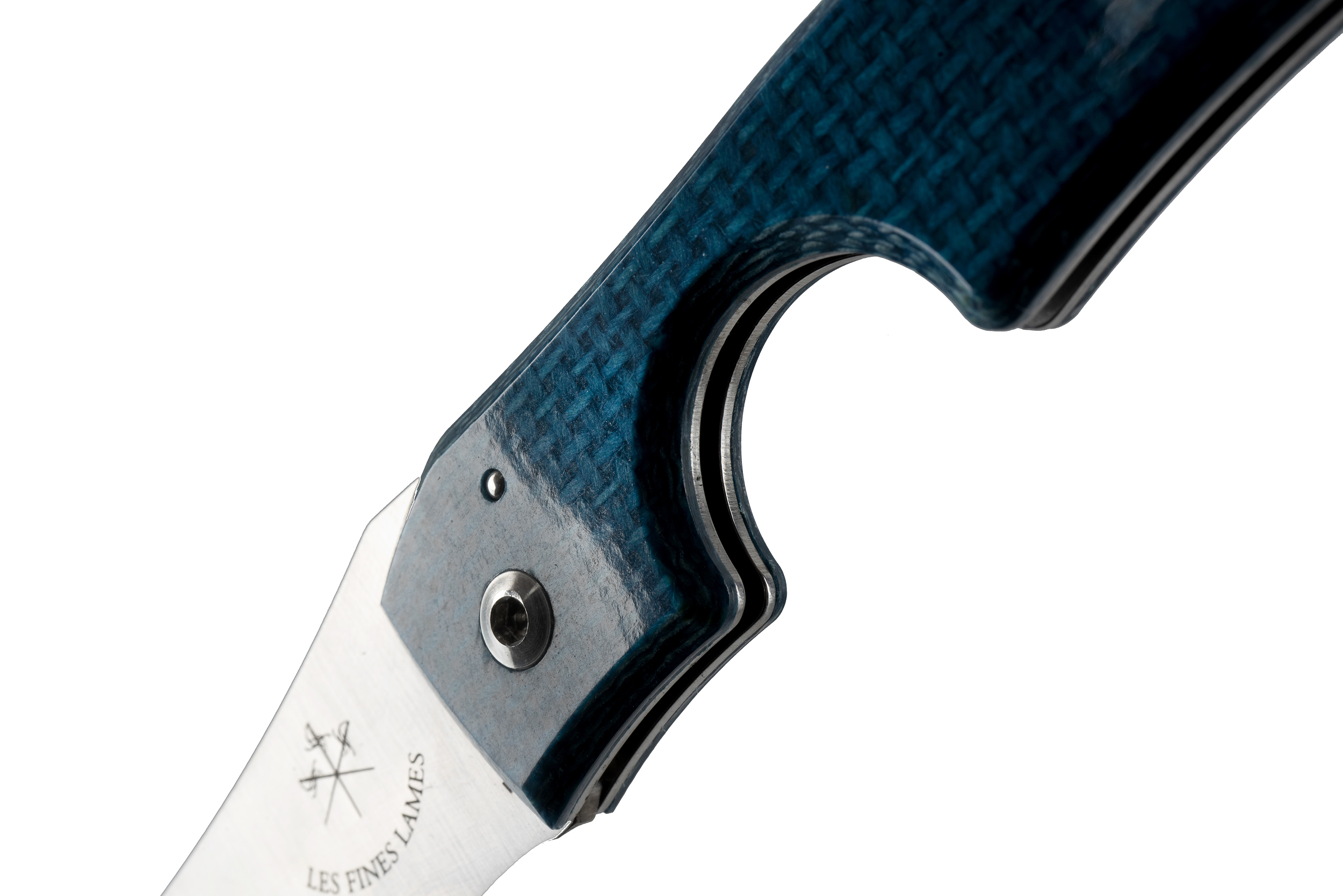 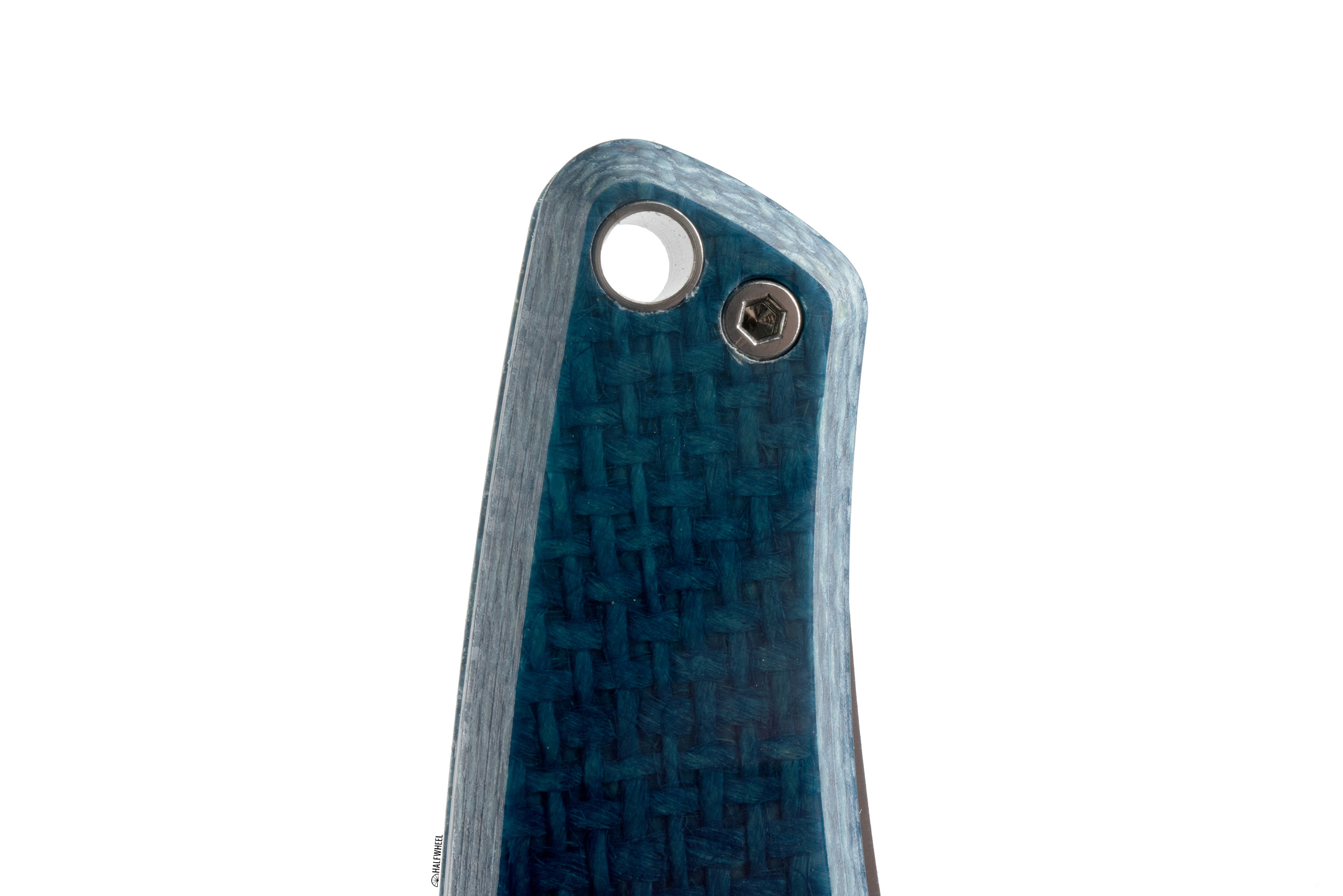 The Le Petit is a piedmont-style folding knife made in Thiers, France. The blades are made with 14C28N stainless steel that come enclosed in exterior handles made with a variety of different materials, from micarta—which is the version I am reviewing in blue—to brass, carbon fiber and ziricote wood. According to Les Fines Lames, the 60HRC tempered hardness of the steel means the blade is “virtually impossible” to dull.

Physically, the cutter weighs in at 60 grams and measures 4.53 inches with the blade closed, while the total length with the blade open is 6.18 inches. In addition, the diameter of the cigar hole is .91 inches, meaning that you can cut a 58 ring gauge cigar completely in half, although you can cut enough of the cap off of cigars up to about 70 ring gauge to smoke them.

$149-$199 is the retail price range being charged in stores, depending on the model.

Since that time, the company has introduced a number of new limited edition versions and price points:

In addition, the Indiegogo price of $119 we paid for our model included a leather sheath, whereas the retail versions are being sold sans sheath for an additional $34, although to be fair it is an extremely high-quality case for that price.

Whether you are using it as a knife or a cigar cutter, it is opened the same way; specifically, by pushing down on a lever built onto the right end of the blade. When the blade is fully extended, that lever disappears into a position inside the base, leaving a very thin footprint. At this point you can use it as you would a normal knife, albeit one without a locking mechanism of any kind to make sure the blade stays in place at all times.

When cutting cigars, you can actually use the Le Petit in either your right or left hand, although the process for each hand changes slightly. The key is to always have the cigar facing the same way, so that the cap—i.e., the end that you are cutting off—is facing away from the blade with the beveled edge.

In practice, the process of using the cutter works like this: after opening the blade as described above, you place the now open cutter in your right hand with your thumb on the edge of the blade while the handle is cradled in your palm. This position not only means that the blade is facing away from you, but it also puts the bevelled edge facing to the right, while the Les Fines Lames logo is facing to the left.

Holding the cigar in your left hand, you then place the cigar cap into the semi-circle ledge—making sure that the smaller cap end that is being cut off is on the same side as the beveled edge of the blade as described above—and start cutting by pushing down on the edge of the blade with your thumb slowly, which pushes the blade through the cap where it sticks nicely when it comes to the end of its journey.

As part of this review, I cut numerous cigars using the cutter in both my left and right hands to see if the results were different enough to recommend one way over the other. In fact, while certain parts of the process are different between the two—the most obvious being the amount of pressure that is needed and the location where I apply said pressure when pushing the blade down through the cap—I did not notice any significant differences in the quality of resulting cuts, regardless of which hand I held the cigar cutter in. 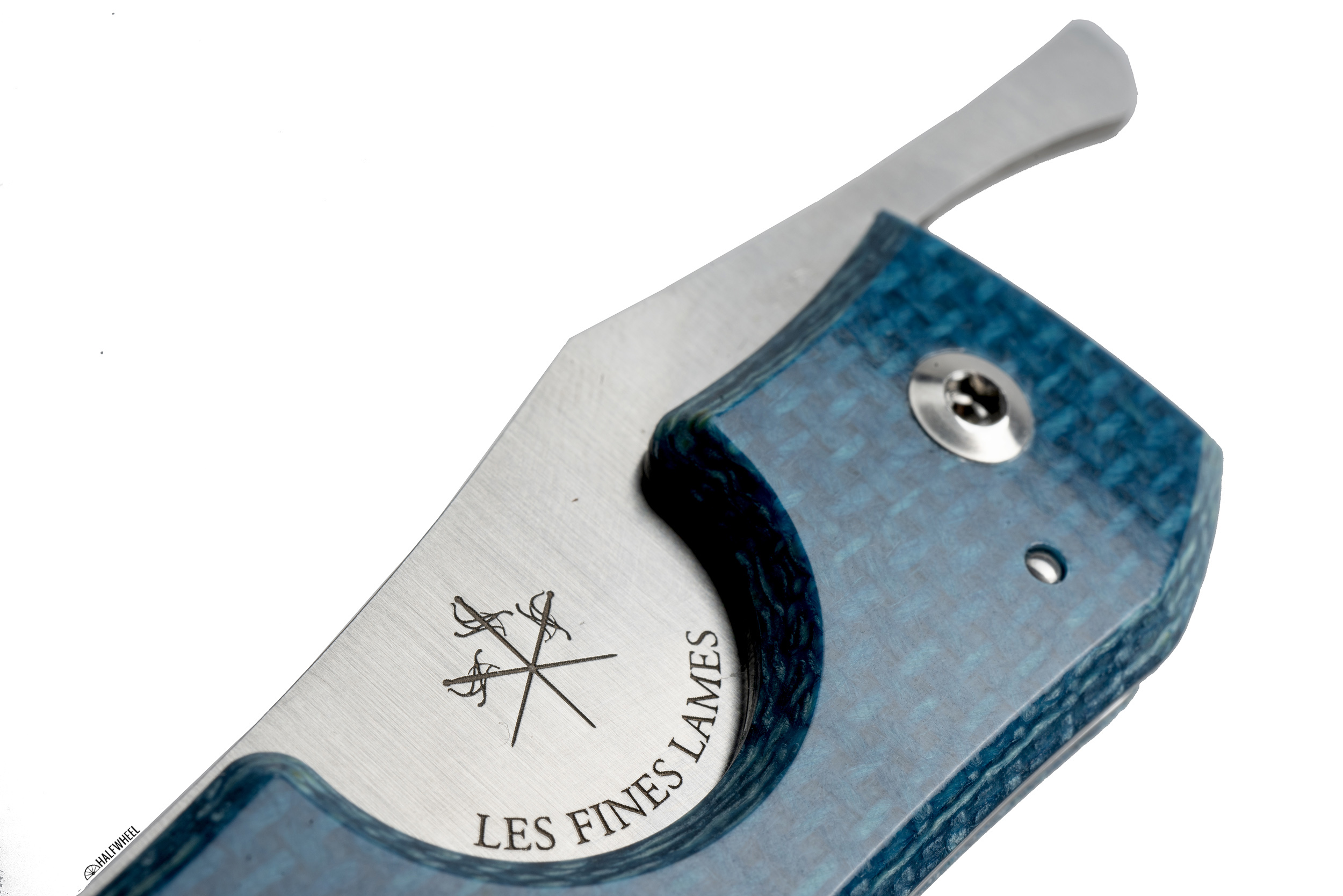 HOW DOES THE LE PETIT COMPARE TO THE ORIGINAL LES FINES LAMES CUTTER?

For a number of reasons, I was unimpressed with the original cutter, but the company made some significant changes with how the Le Petit looks and works that really addressed some of my larger issues that I had: 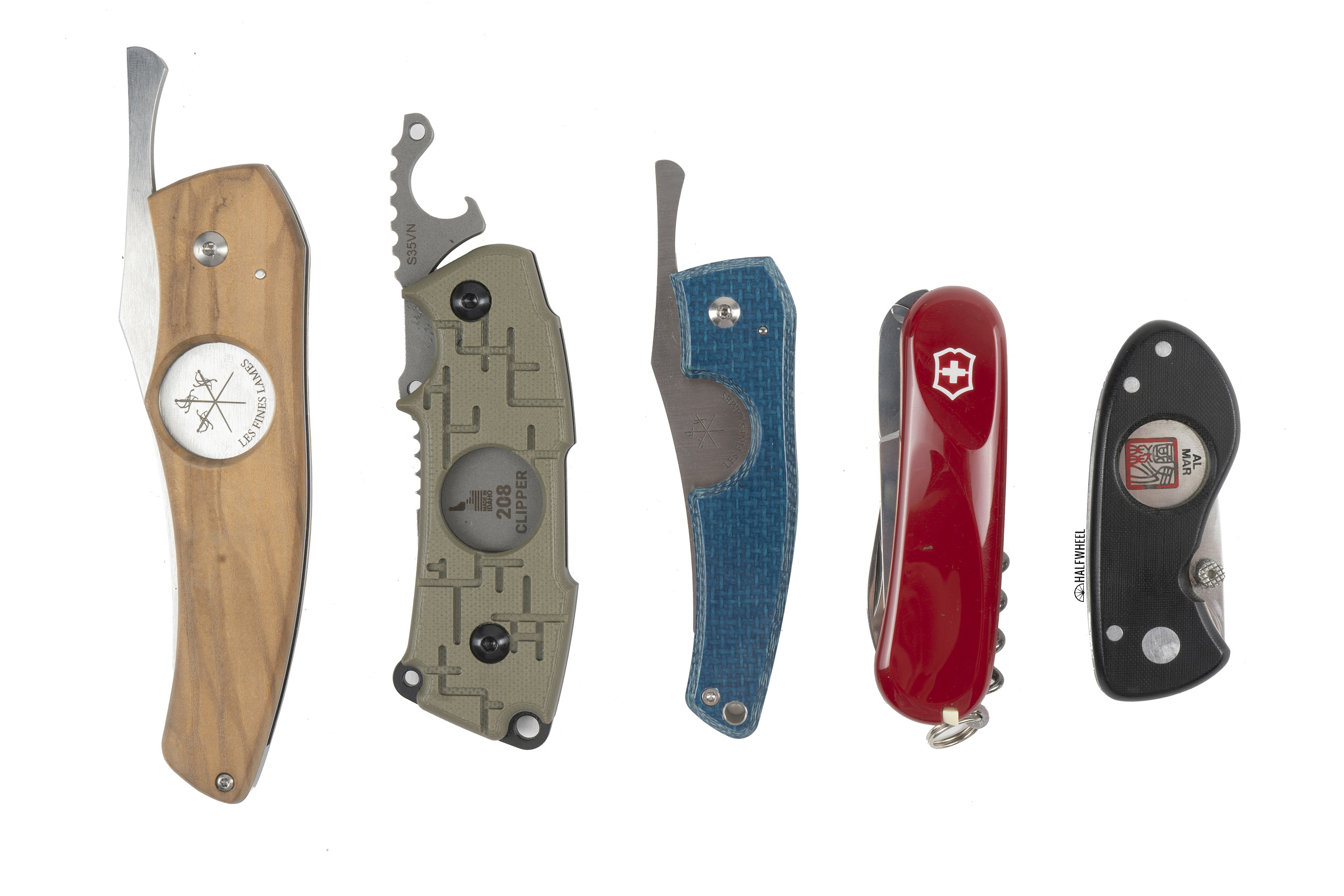 There are a surprising number of competitors in the field of “Knives that can also be used as a cigar cutter”, with the most obvious being the original Les Fines Lames. However, that cutter is significantly more expensive at around $350, features a larger footprint and is nowhere near as good at actually cutting cigars. If you want a cigar knife, yes.

As purely a cigar cutter, no.

I was able to get good, clean cuts on about 80 percent of the cigars I cut with the Le Petit, and about half of the issues in the remaining 20 percent were fairly minor. Given that there are cutters that will cut every cigar cleanly and with less awkwardness for a small fraction of the price, it’s a tough sell as just a cigar cutter.

Fortunately, the Le Petit is more than just a cigar cutter, it’s a cigar knife. The combination of quality build materials, sharp blade and overall design ascetic make this the best cigar knife I have tested so far, and even with the periodic issues, I can recommend it if you want to have a knife that has a specific design for cutting cigars.