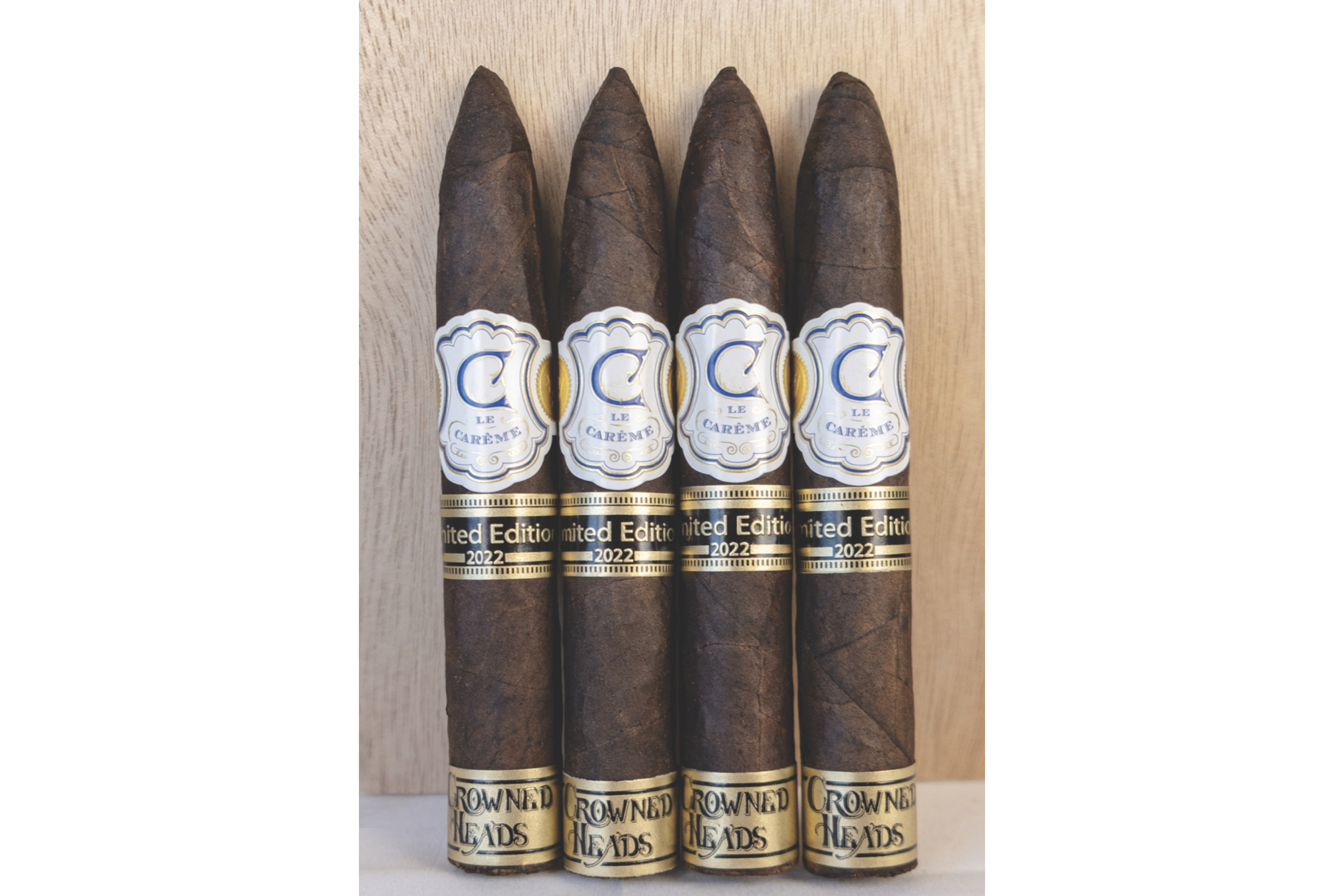 For the fourth time in five years, Crowned Heads will release the Le Carême Belicosos Finos.

As with previous releases, the Le Carême Belicosos Finos 2022 LE is a 5 1/2 x 52 belicoso version of the regular Le Carême blend, though it is round as opposed to the soft pressed shape that is used for the regular production vitolas. The blend uses a Connecticut broadleaf wrapper over an Ecuadorian Sumatra binder and fillers from Nicaragua. It is produced at Tabacalera La Alianza S.A. in Santiago de los Caballeros, Dominican Republic. “Since we launched the Le Carême brand six years ago, it has consistently remained one of the top performers in our portfolio,” said Jon Huber, co-founder of Crowned Heads, in a press release. “That said, there really is something special in how the blend translates in the belicoso fino vitola and I think that is evident in the popularity and demand for this limited edition release. We managed to survive the recent Broadleaf (Connecticut) crunch, and this year we’ve been able to increase production of the Belicosos Finos Limited Edition to account for the increased demand.”