The first of Davidoff’s recent U.S. retail expansion, a new store in Atlanta’s Buckhead neighborhood, should be opening any week now, and in the mean time, Davidoff has shown updated renderings for some of its other new stores.

One of them is a new cigar bar in Las Vegas in the Fashion Show Mall. It’s a partnership between Davidoff of Geneva USA and the Arcella family, who owns and operates a variety of other Davidoff locations in Vegas. When the company announced the new store, only a brief rendering of the bar was on display, but now there’s a much greater look at the store itself, including the walk-in-humidor and the extensive seating areas.

The new store is on track to open in November. A recent article in Eater indicated the project was now 2,533-square-feet, up from the 1,500-square-feet it was originally listed at. 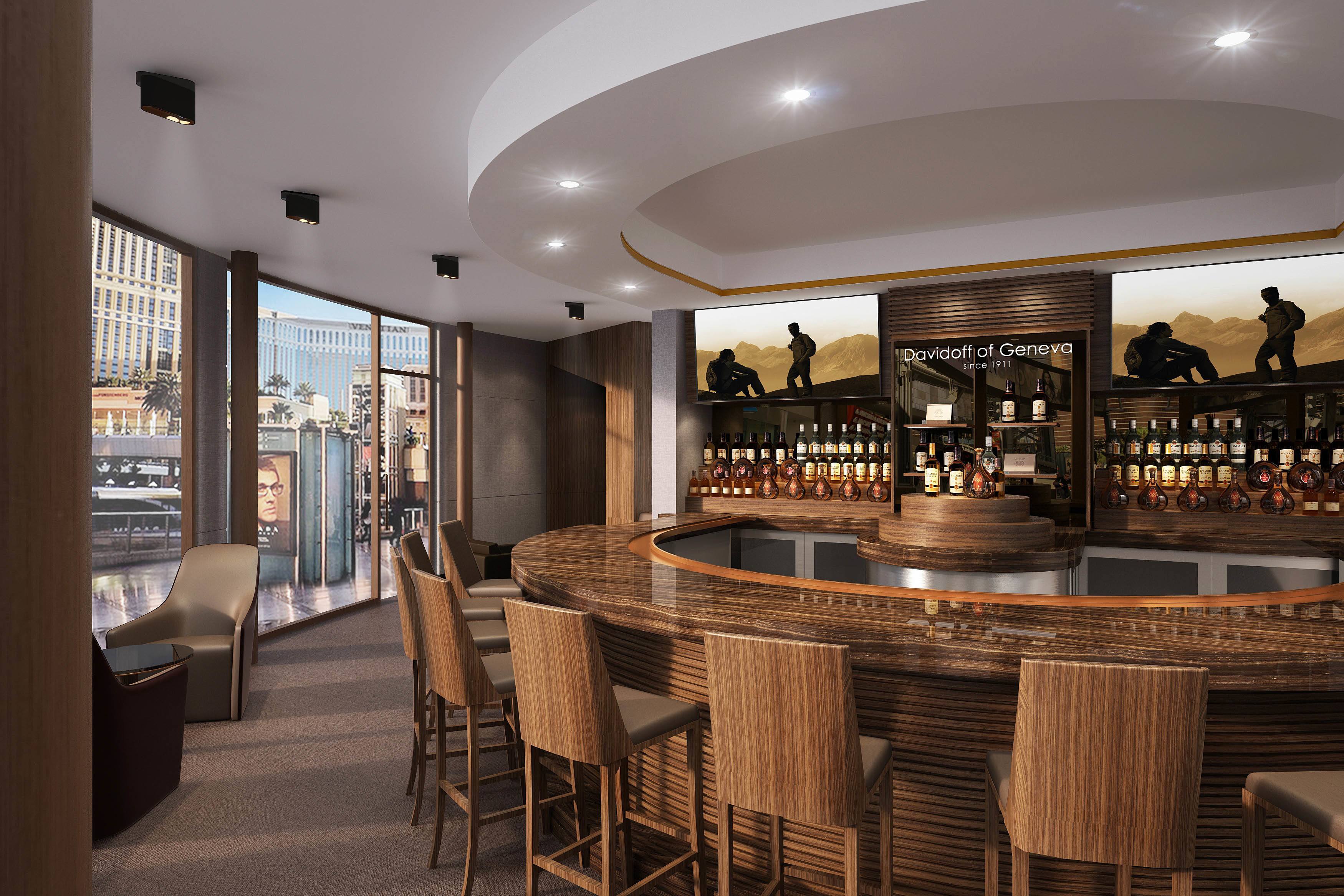 Fashion Show Mall is located across from the Wynn and its sister Encore property, which also places it relatively close to Treasure Island and the Venetian and Palazzo hotels. This is the second licensed bar Davidoff plans on opening this year. It will open a Davidoff of Geneva — since 1911 bar in Tampa in partnership with Jeff and Tanya Borysiewicz of Corona Cigar Co. In addition to the Atlanta and Tampa locations, new stores are planned in Houston and Lower Manhattan.