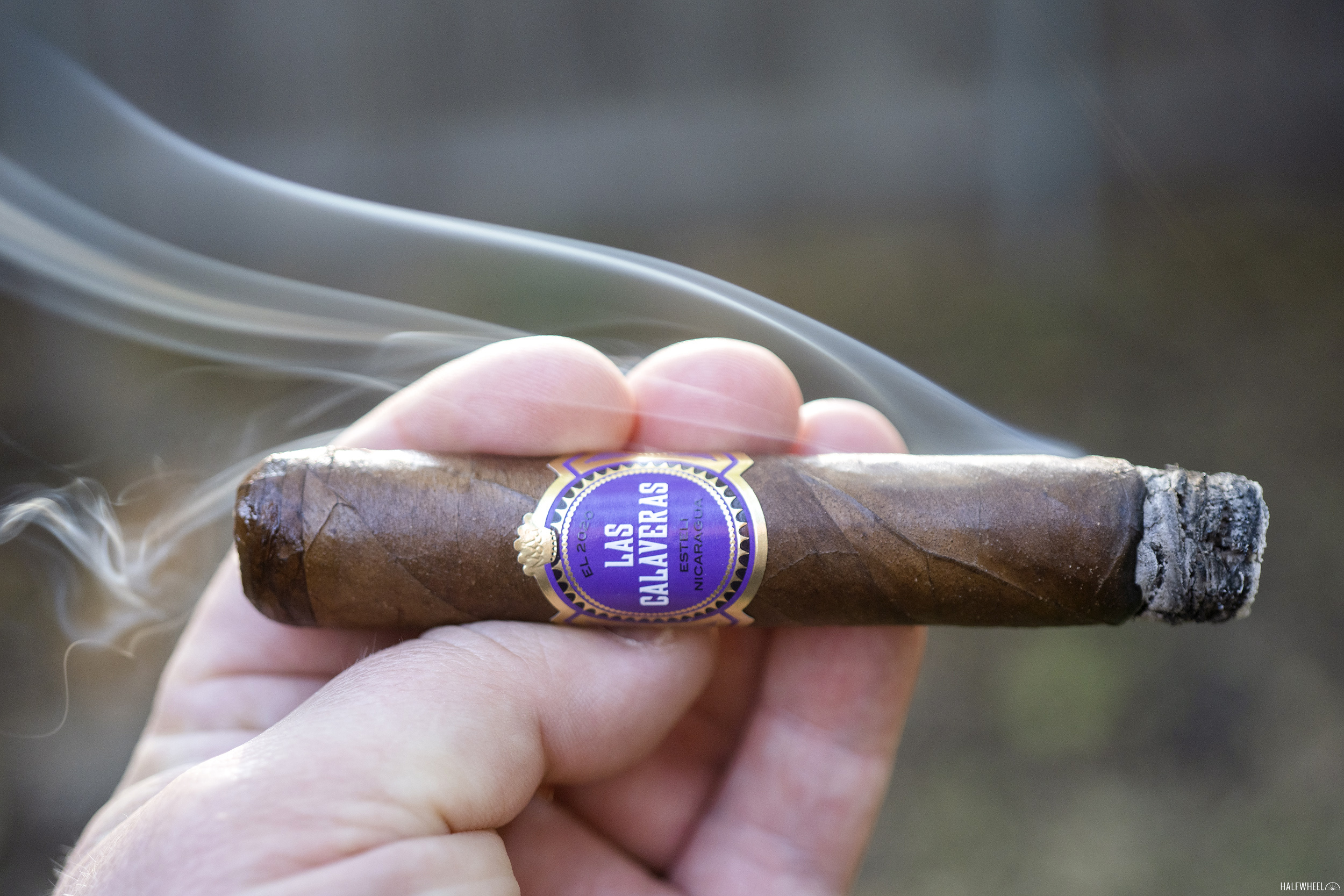 For most cigar companies that have been in business more than a couple of years, there is most likely one blend, series or release that not only helps defines the company but also puts that brand front and center in the minds of the most passionate of consumers; Fuente has the OpusX blend, Oliva has the Serie V releases and Tatuaje has the Monster Series.

Las Calaveras is an annual limited edition that was created specifically to pay tribute to the people who had passed away in the previous year and featured box and band art inspired by La Calavera Catrina, a zinc etching by José Guadalupe Posada.

Fast forward six years to the newest version of the blend, which began shipping to retailers in early July. The 2020 version uses an Ecuadorian habano oscuro wrapper covering Nicaraguan tobacco in both the binder and filler. Covered in a wonderful dark mocha brown wrapper that features not only tons of oil but also quite a bit of tooth, the Las Calaveras Edición Limitada 2020 LC52 is extremely firm when squeezed. My first sample has a large soft spot just under the main band on the left side. While all three cigars I smoke have a slight, but very noticeable box press the foot that is closer to box-pressed than they are to round. Aroma from the wrapper and foot is a combination of leather, earth, cocoa nibs, freshly roasted espresso beans, hay, nutmeg and slight milk chocolate sweetness, while the cold draw brings flavors of leather, earth, peanut shells, molasses sweetness and a very small amount of paint.

Starting out the first third, the Las Calaveras Edición Limitada 2020 LC52 features a number of flavors right off the bat, including a very nice espresso bitterness on the finish as well as a combination of both leather tack and earth dominant on the palate. Lesser notes of powdery cocoa nibs, salted almonds, hay, cedar, minerals and slight vegetal flit in and out. On the retrohale, there is both black pepper and molasses sweetness pulled over from the cold draw. Construction-wise, the LC52 is giving me no issues whatsoever so far, with a wonderful draw, a razor straight burn line and plenty of dense, white smoke. The overall strength has started out a bit on the mild side but seems to be creeping closer to the medium mark as the first third ends.

Coming into the second third, and the profile has shifted in some fairly significant ways, with the most obvious being the dominant flavor on the palate: gone is the combination of leather tack and earth, replaced by an obvious flavor of creamy cashews. Secondary notes of dark chocolate, leather, anise, hay, roasted espresso beans, cedar and a touch of floral are also present in various amounts, while a new green pepper flavor is now dominating the finish. The retrohale also changes quite a bit with the molasses sweetness now replaced by a distinct chocolate praline note. While both the spice on my tongue and black pepper on the retrohale are holding steady. In terms of construction, the Las Calaveras continues to impress, including an excellent draw and a burn line that remains trouble-free. Strength-wise, the Las Calaveras increases enough to come to a point just short of medium by the end of the second third. The final third of the Las Calaveras Edición Limitada 2020 LC52 combines elements from both of the preceding thirds. The dominant flavors are now a combination of gritty earth and creamy cashews, while the additional minor notes include cedar, hay, minerals, cocoa nibs, leather and a slight floral flavor. Two things that have not changed are the finish—which is still full of a very obvious green pepper note—and the retrohale, which still contains both black pepper and chocolate praline sweetness. The overall construction is also largely unchanged: the draw remains excellent, the burn continues to have virtually no issues whatsoever and the smoke production continues to roll off of the foot like a house on fire. Finally, the overall strength does increase, but only enough to barely reach a point slightly above the medium mark by the time I put the nub down with less than inch remaining. In a portfolio full of great releases, Las Calaveras has consistently been one of Crowned Heads' best blends. Despite the fact that it tastes almost nothing like any of its predecessors, the latest incarnation continues that tradition, with an extremely complex profile that is constantly shifting from flavor to flavor, albeit always with a rich and sweet base to mostly keep the overall balance in check. Throw in extremely very good overall construction for all three samples, and Crowned Heads has another winner on its hands, albeit still a ways away from the legendary 2014 release.