In May 2014, Crowned Heads released the first line in its history not produced by Ernesto Perez-Carillo’s factory in the Dominican Republic. Named Las Calaveras Edición Limitada 2014, the cigars were the first to be produced at My Fathers Cigars S.A. in Estelí, Nicaragua and featured a Ecuadorian habano oscuro wrapper over Nicaraguan tobacco used for the binder and filler. It was the first in the company’s new Las Calaveras line, a limited edition series that would return annually, albeit in different form each year.

This year’s incarnation of the Las Calaveras Edición Limitada uses an Ecuadorian habano rosado leaf covering Nicaraguan tobacco for both the binder and filler. Each vitola is limited to 30,000 total cigars packaged in 24-count boxes, with cigars arranged in three rows of eight cigars inside. Two of the three vitolas are the same as last years release— a 5 x 50 robusto dubbed LC50 ($9.95) and a 6 x 52 toro known as LC52 ($10.95)—but this year the third vitola a 5 5/8 x 46 corona gorda named LC46 ($8.95), as opposed to a churchill last year. 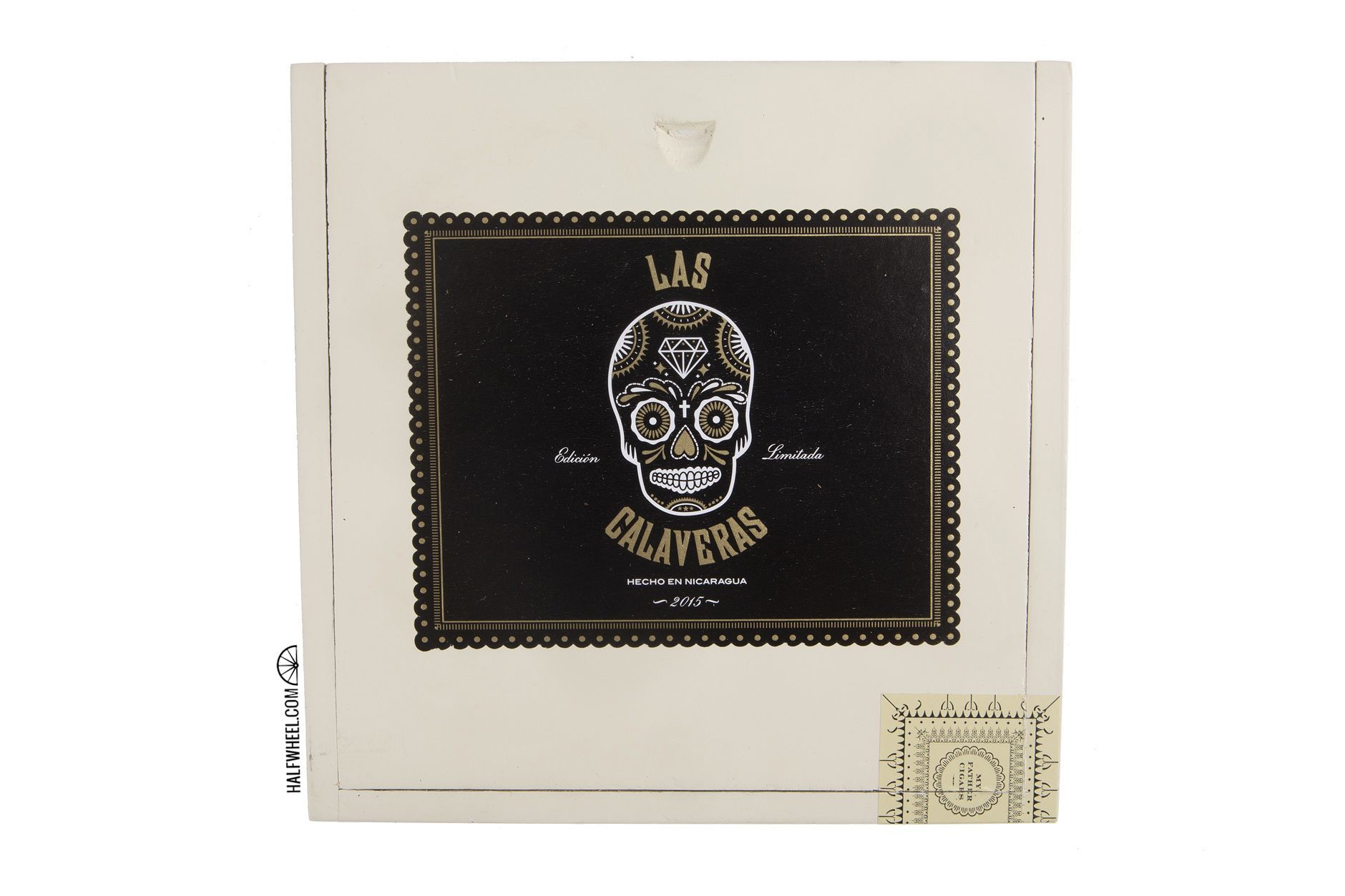 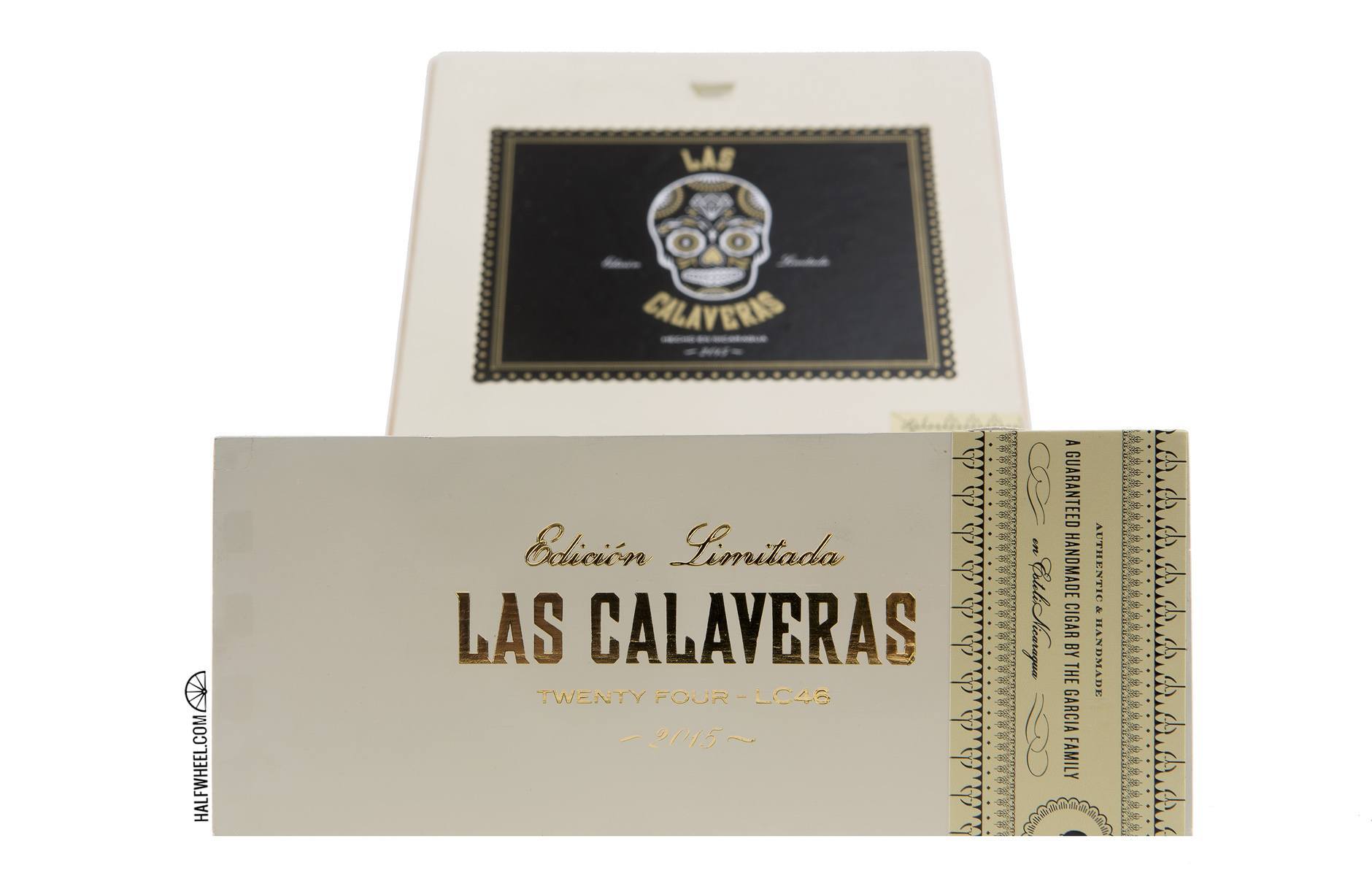 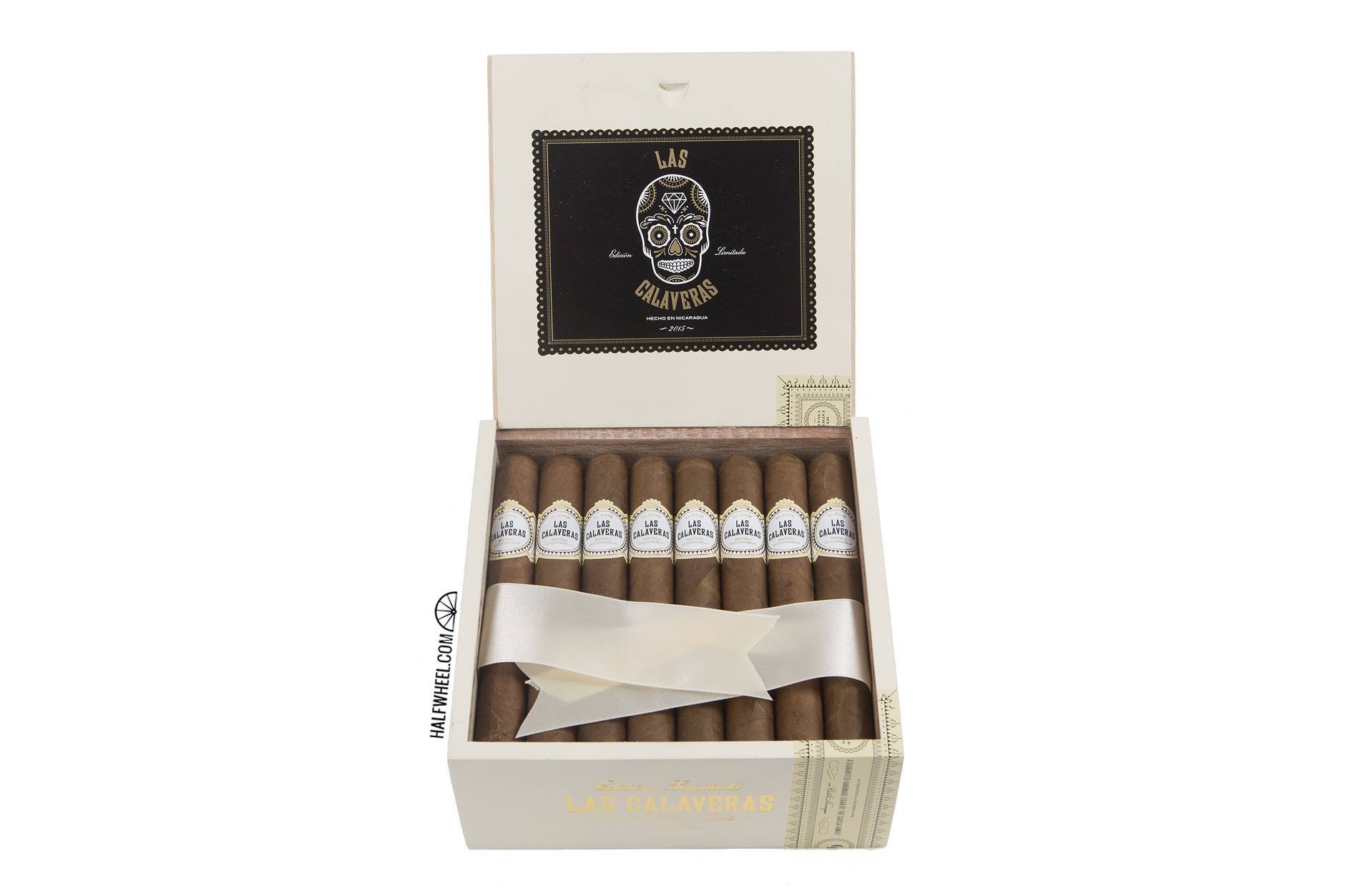 With the addition of the three newest vitolas, there are now six different sizes in the Las Calaveras Edición Limitada line. 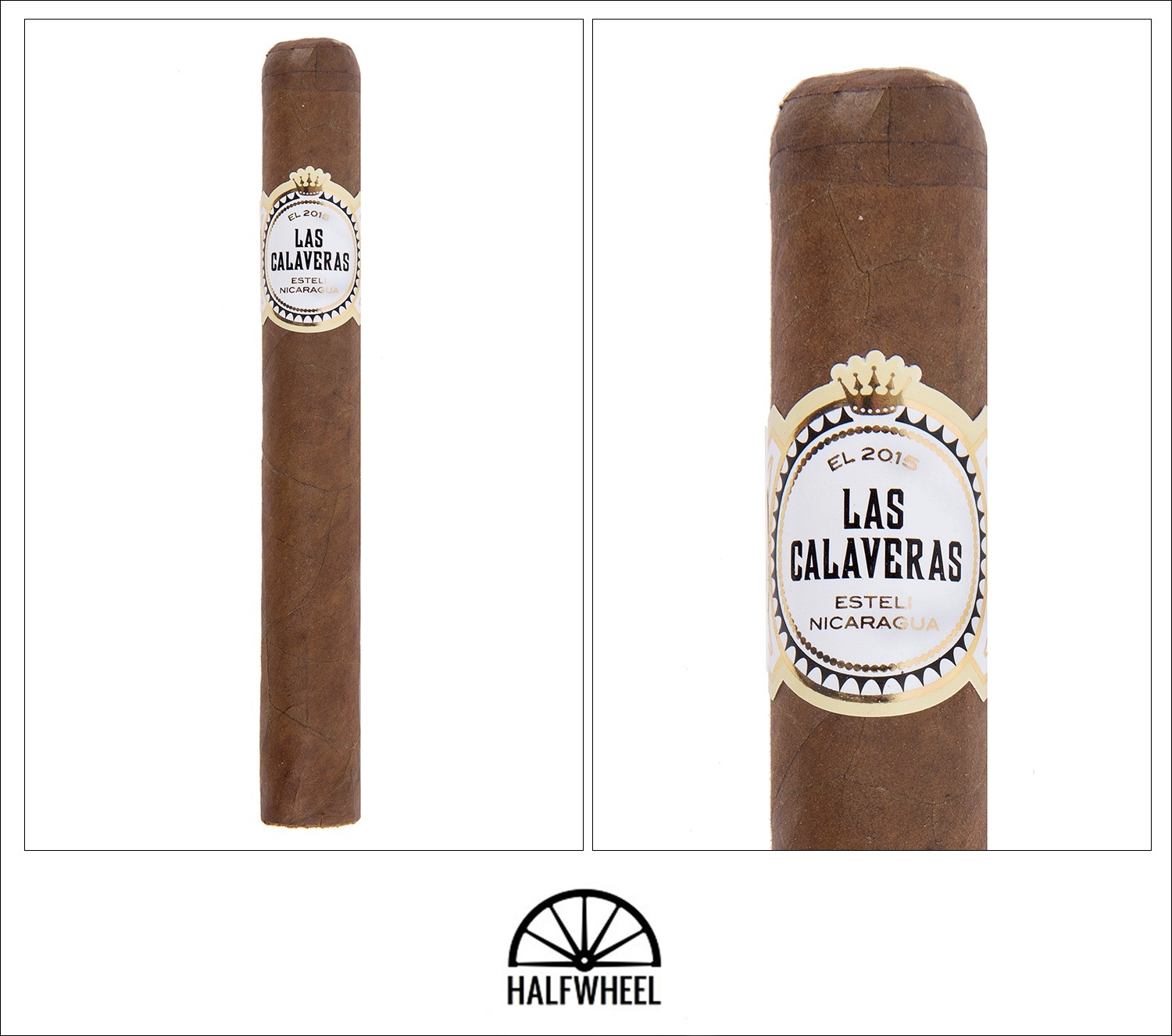 The Las Calaveras Edición Limitada 2015 is visually appealing, with a milk chocolate brown wrapper that is fairly smooth to the touch and features an abundance of oil up and down its length. There are some veins visible, but they are far from distracting, and the cigar has some good give to it when squeezed. Aroma from the wrapper is a combination of creamy nuts, manure, leather, chocolate and nutmeg sweetness, while the cold draw brings flavors of dark cocoa, cinnamon, creamy leather, almonds and sweetness.

Starting out, the Las Calaveras Edición Limitada 2015 brings immediate flavors of creamy leather, baker’s spices, oak, cinnamon, bitter espresso and fairly strong fruity sweetness on the retrohale. About 10 puffs in, I start to notice a distinct red pepper note also on the retroahle that combines quite nicely with the sweetness and some black pepper on the finish. There is also some spice that makes itself known on my tongue, but it start to dissipate as the first third comes to a close. Smoke production is fairly dense so far, and both the burn and draw are excellent right out of the gate. Strength-wise, the Las Calaveras begins fairly light, but quickly ramps up to a point close to the medium mark by the time the first third draws to a close. 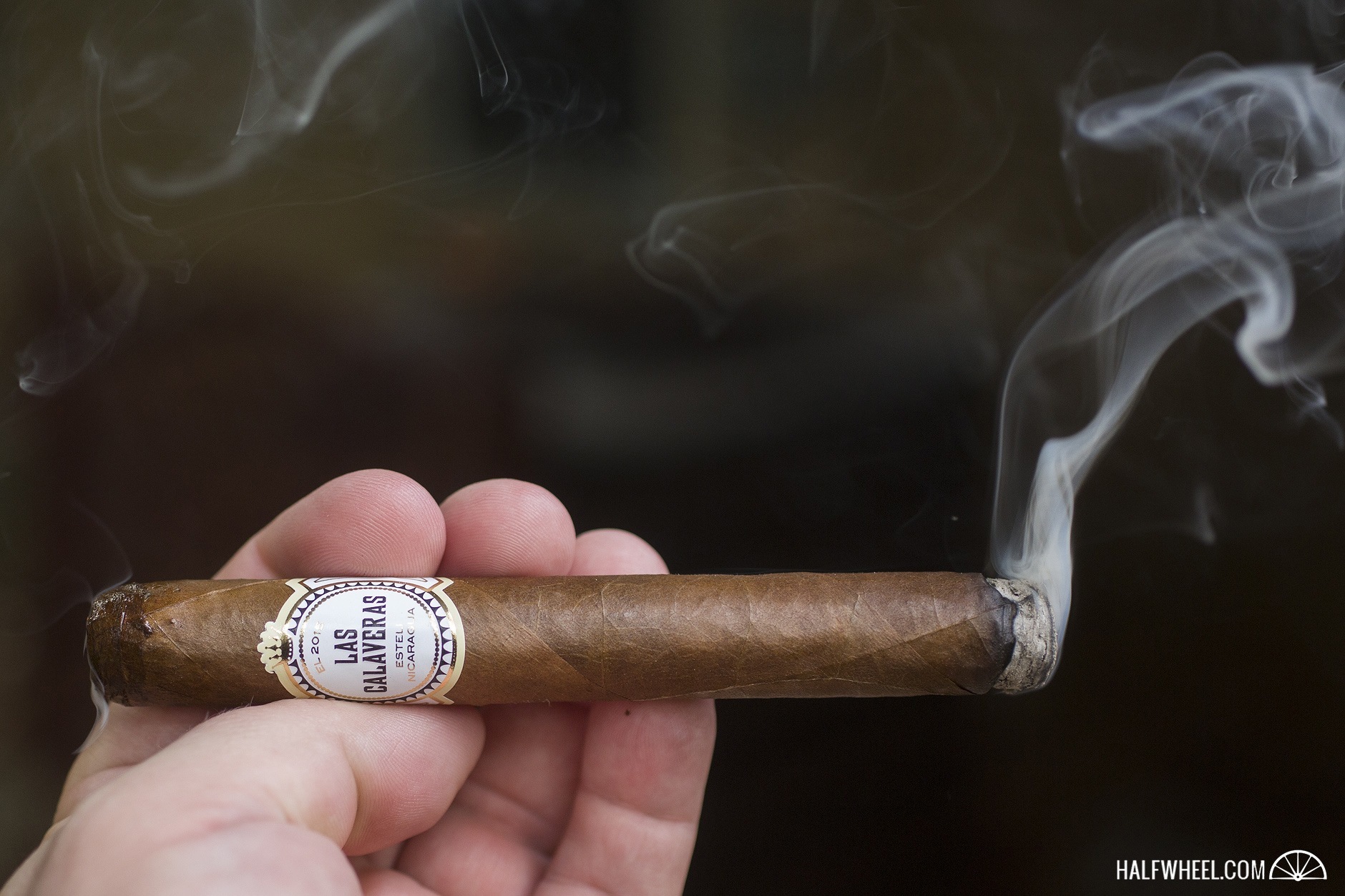 A very interesting peanut butter creaminess starts to become noticeable on the finish around the start of the second third of the Las Calaveras Edición Limitada 2015 LC46, combining very nicely with the slightly stronger plum-like sweetness that is still present from the first third. Both the black pepper and red pepper are still obvious on the retrohale, as are notes of creamy oak, espresso beans, dark cocoa, leather, cinnamon and salt. The spice on my tongue from the first third is long gone by the halfway point, but the smoke production has increased noticeably and both the burn and draw continue to impress. The overall strength has increased slightly, but by the end of the second third it easily hits the medium mark. 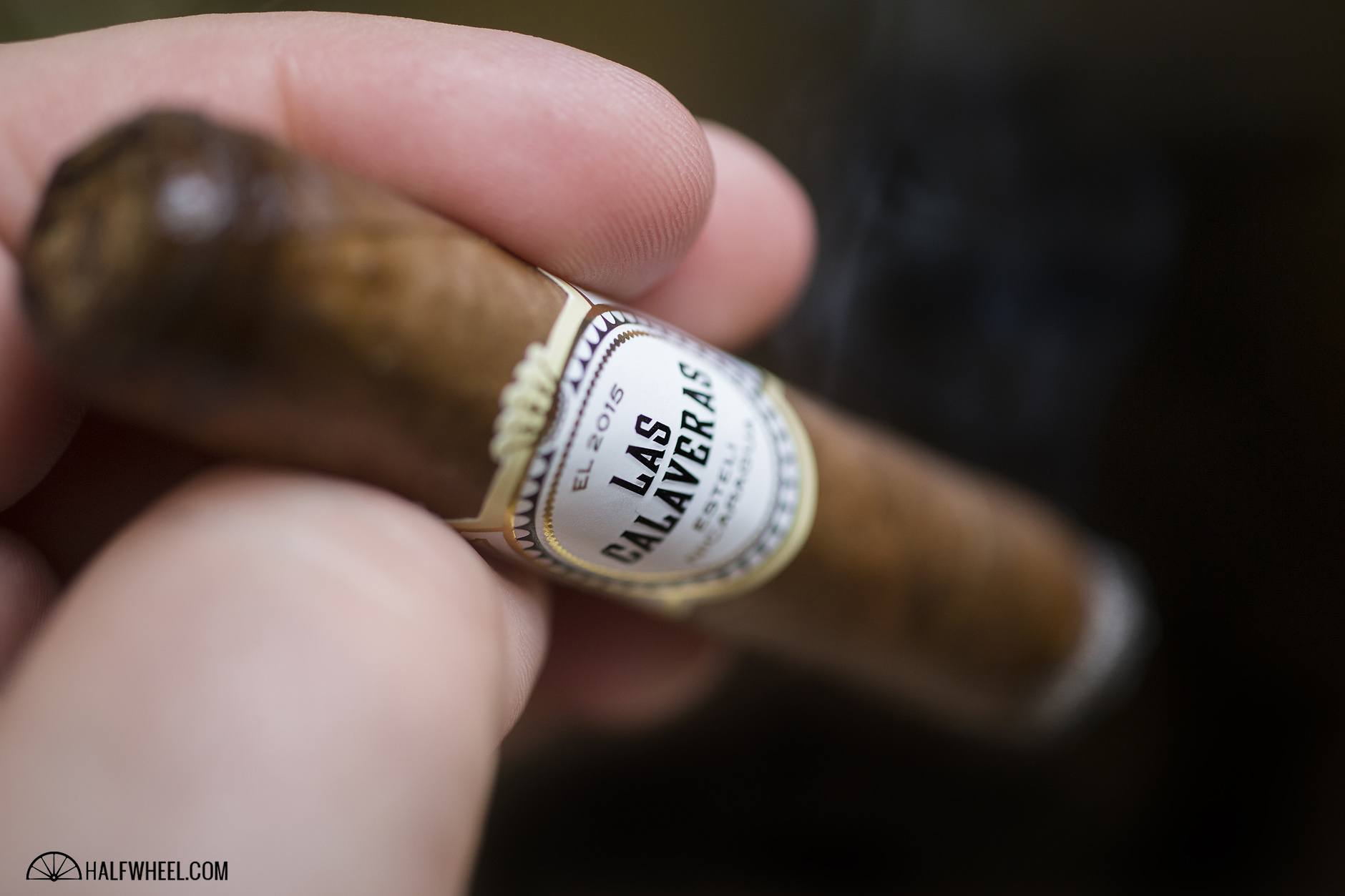 The final third of the Las Calaveras Edición Limitada 2015 LC46 continued the trend of the second third, with a combination of creamy oak and peanut butter the dominant flavor, with lesser notes of dark cocoa, coffee beans, cinnamon, leather and a touch of floral. Both the black pepper and red pepper remain on the retrohale, as does the plum sweetness on the finish, while the smoke production has increased again, reaching the levels of the first third. The burn and the draw are still excellent, and the strength ends just slightly above the medium mark by the time I put the nub down with less than an inch left. 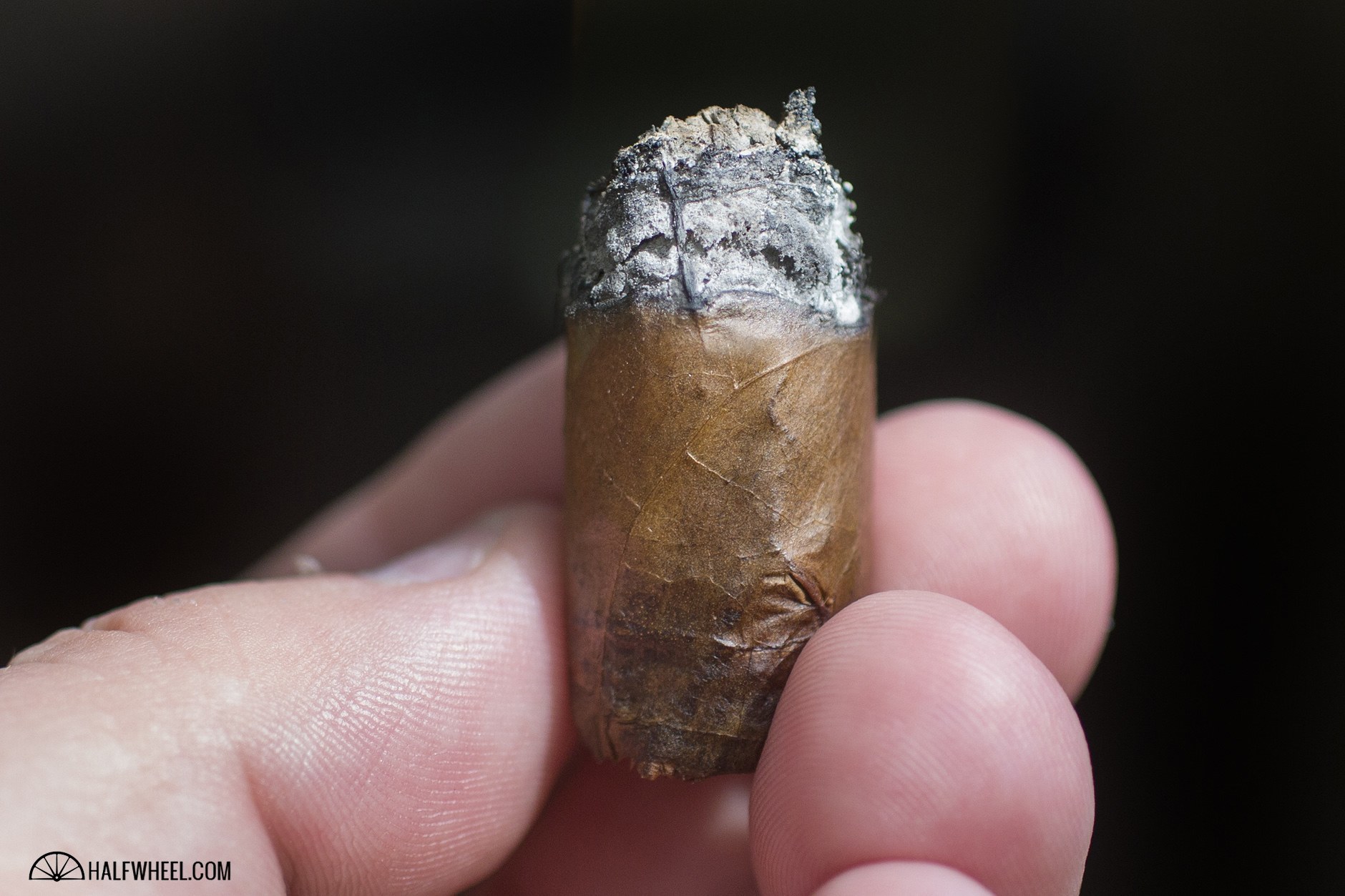 I have always been a sucker for cigars that feature both sweetness and red pepper prominently; the Las Calaveras Edición Limitada 2015 nails this profile. Both attributes are relegated to specific areas: the dark, fruity sweetness is present almost exclusively on the finish, while the red pepper note is most obvious on the retrohale, with the creaminess and all of the other flavors in the cigar split between the two. While the Las Calaveras Edición Limitada 2015 is not quite as sweet as last year's release—and lets face it, the Las Calaveras 2014 would be hard to beat—it is an excellent cigar in its own right, and well worth tracking down before they sell out.