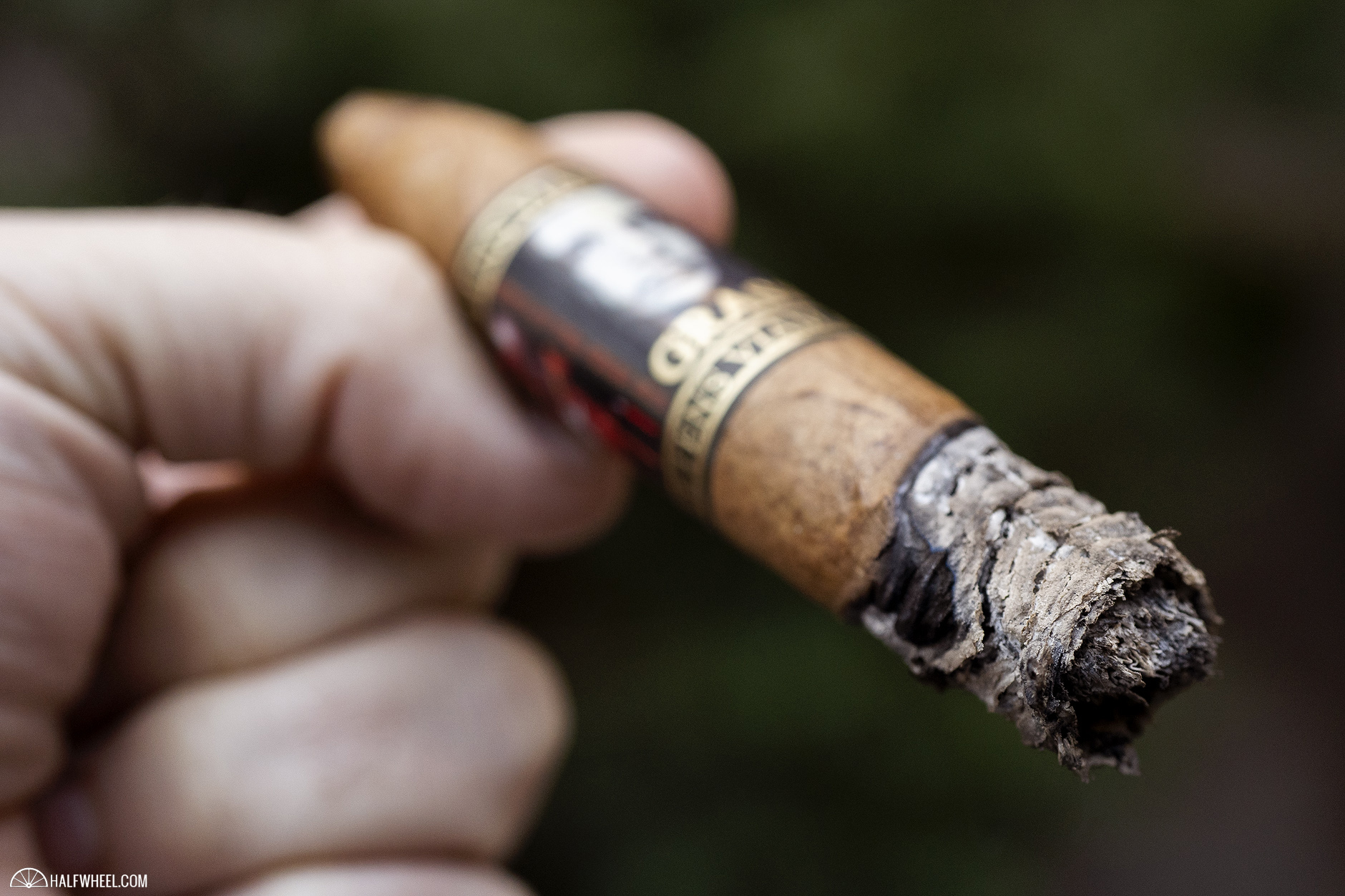 This site has written a lot in the past year or so about cigars coming back. With FDA regulation upon the industry, numerous manufacturers and brand owners have dug into their archives for predicate cigars in order to make sure they have something “new” to offer consumers. While that has been a common theme, 2019 also marked the return of an individual to the industry, Lars Tetens.

Mentions of Tetens’ name is generally met with one of a handful of reactions: a quizzical look by younger cigar smokers, an eye-opening eagerness by those who remember his early creations, or some variation of an eye roll from those who were never fans of his cigars.

Tetens is best known as the individual behind the development of flavored cigars, though he is quick to describe them as conditioned, rather than flavored or infused. His work dates back to the early 1980s, and he proclaims to have created more than 200 brands over his career. He has also ventured into numerous other areas, including leather goods, gourmet spices, fragrances, CBD, and music.

However, after being responsible for a number of highly sought-after lines, his presence in the industry waned in the 2010s, and other than a sporadic mention here and there, it seemed like Lars Tetens and his cigars would be relegated to history, or at least to a very limited quantity with limited distribution in upstate New York and Pennsylvania.

That all changed in April 2019 when it was announced that Tetens and Alan Rubin of Alec Bradley Cigar Co. had come to an agreement to launch a new company called World 180 that would bring Tetens’ cigars back to the market on a widespread basis.

In keeping with trends in the larger cigar industry, plans were laid to select what lines would come back, and that meant turning to blends that would qualify as predicates, that is cigars that were marketed prior to Feb. 15, 2007.

In June 2019, the new entity revealed seven brands of cigars that would make up the company’s initial offerings, all of which come from Tetens portfolio, and with a few common threads. First, all are rolled at Jesus Fuego’s factory in Estelí, Nicaragua; second, all get a proprietary conditioning process developed by Tetens; and third, none of the details about the blends are being disclosed.

Additionally, each of the lines feature artwork by Tetens and the boxes are grouped into colors that indicate the cigars’ strength. Blue and green boxes contain milder cigars, white boxes have more medium bodied cigars, orange boxes have fuller cigars, and red boxes contain the Sweet N Spicy line, which have a very distinctive flavor added to the tip of the cigar, and which comes with numerous warnings due to an assortment of peppers used in the conditioning process.

When looking over all of the lines, there is seemingly no shortage of places to start, but a closer look at the individual cigars does reveal a line that is a bit of an outlier, the Lars Tetens Grass, and for one reason: the price.

As noted above, nothing about the blend has been disclosed other than that it is on the mild end of the spectrum. It’s available in two sizes: The Grass Big, for an as-yet-unexplained reason, is nearly three times the next most expensive cigars that Tetens released, the Asadachi and Churchill in the Phat line, both priced at $15.50. The wrapper is a funky, mottled color, a dull brown with a handful of veins and visible seams, one that could pass for a regular production cigar but on occasion looks like it might have been pulled off the line. The wrapper stretches over the foot of the cigar just a bit, not completely closing it up but getting close, while at the other end the torpedo head extends with a small twist of tobacco. It’s a fairly light cigar in the hand but feels firm when squeezed and seems to be rolled well both after a visible and tactile evaluation. I don’t get any aromas from the cigar as it sits in its cellophane sleeve, but once I unfold the flap and open it up I can definitely pick up some aromas from the cigar. The first impression is a boozy banana drink, almost a piña colada if I had to pick a starting point. Other samples would suggest banana yogurt, banana bread or just a freshly peeled banana, but the root is common. Once I get the cigar out of the cellophane, the aroma continues but strangely doesn’t seem as intense. There is some general sweetness that sits as an ancillary note, while there’s no pepper or other aromas of note. Air moves well on the cold draw, but there is shockingly minimal flavor to be found. If anything the wrapper leaf leaves an odd taste on the lips, sort of reminding of a pencil eraser, though not as appealing in comparison.

My initial thought going into this cigar was that it would be somewhat like an ACID, but the first puffs are pretty far off from that experience. Rather, it doesn’t taste like much out of the gate, putting off a lot of smoke but not much in the way of familiar flavors. There is a bit of soft pepper through the nose that hangs around, while the tongue gets a dry flavor that has me thinking of paper and cardboard that leaves the front of the tongue tingling. One sample has more of an earthy note, or at least something that resembles Sumatra tobacco, but for the most part it’s a pretty inauspicious start. There’s a bit of burnt popcorn as well beginning to join the flavor as the burn line hits the one-inch mark. A subtle shift gets rid of the initial flavors and brings things into a more familiar place, though I can’t say I’m picking up any infusions at this point, rather it tastes like a mild Connecticut cigar. Once I knock the first clump of ash off, the flavor wakes up a good amount and delivers a bit more sensation from the pepper, though the body and overall strength don’t change much. The technical performance has been very good so far, with just a slightly uneven burn line at times. I find myself retrohaling the Lars Tetens Grass Big fairly often as the burn line enters the second third, mainly to focus on the pepper rather than the flavor which I still find lacking. It’s here that the pepper gets a bit bolder and picks up some spices, which gets me thinking about the line of spices that also bear his name. There is still a remarkable nondescriptness to the flavor, and I often find my attention drifting away from the cigar to focus on other things, as there is little keeping me locked in on it other than the need to review it. The third sample that I smoke has a bit more body, call it medium-plus thanks to some earthiness beginning to emerge, but other than that it’s a stretch to find much to write down. I’m amazed that there hasn’t been any of the banana note that was so prevalent in the pre-light aroma as that would seemingly be a welcomed addition. The final puffs of the second third return the cigar to that funky note that started things off, a taste I can’t really place and while it isn’t inherently off-putting, it doesn’t really work on my palate.

The Lars Tetens Grass Big begins its final third still sitting oddly on my palate, with two samples going back to the paper and cardboard flavors I was picking up earlier. In the case of the second cigar I smoked, the flavors are so bland and plain that I struggle to write down much of what I am tasting, which is so neutral and unadventurous that it’s almost spectacularly nondescript. Thankfully the third cigar has some earth and pepper, but neither are particularly distinctive in the bigger picture. There are moments where the cigar toys with being enjoyable, and I get a brief and subtle reminder of the banana note as the burn line passes through where the band would be. The finish goes back to being on the funky side, not inherently sour but rather offering a tangy wood that bites the front of the tongue a bit. A few peppery retrohales salvage the finish as the cigar burns down to under an inch left. After three cigars and upwards of seven hours—not to mention a bit more than $135—spent with three of the Lars Tetens Grass Big, I'm at a loss to say much about this cigar, other than I didn't get anything that would justify the price, let alone any hype that might accompany them. The flavor suggests a back-of-the-catalog bundle cigar rather than a conditioned cigar with an ultra-premium price, with the best part of the cigar being the banana aroma I picked up prior to sliding it out of the cellophane. I'll fully admit that I may just be missing whatever appeal this cigar has, but after three samples, to think of charging $45 for this cigar is an absolutely ludicrous proposition that has me steering clear of any more of them.