The collaboration project between Eddie Ortega of Ortega Premium Cigars and Sean Williams of El Primer Mundo is headed to stores.

Williams informed halfwheel that Larceny, a pair of cigars made at La Zona Cigar Factory in Estelí, Nicaragua, is now shipping. The project saw Ortega make one cigar based off of what he thought Williams would like and then Williams followed suit making a cigar that he thought Ortega would enjoy.

Each box will contain 20 cigars, 10 of each blend. Suggested retail pricing is $9.50 per cigar. 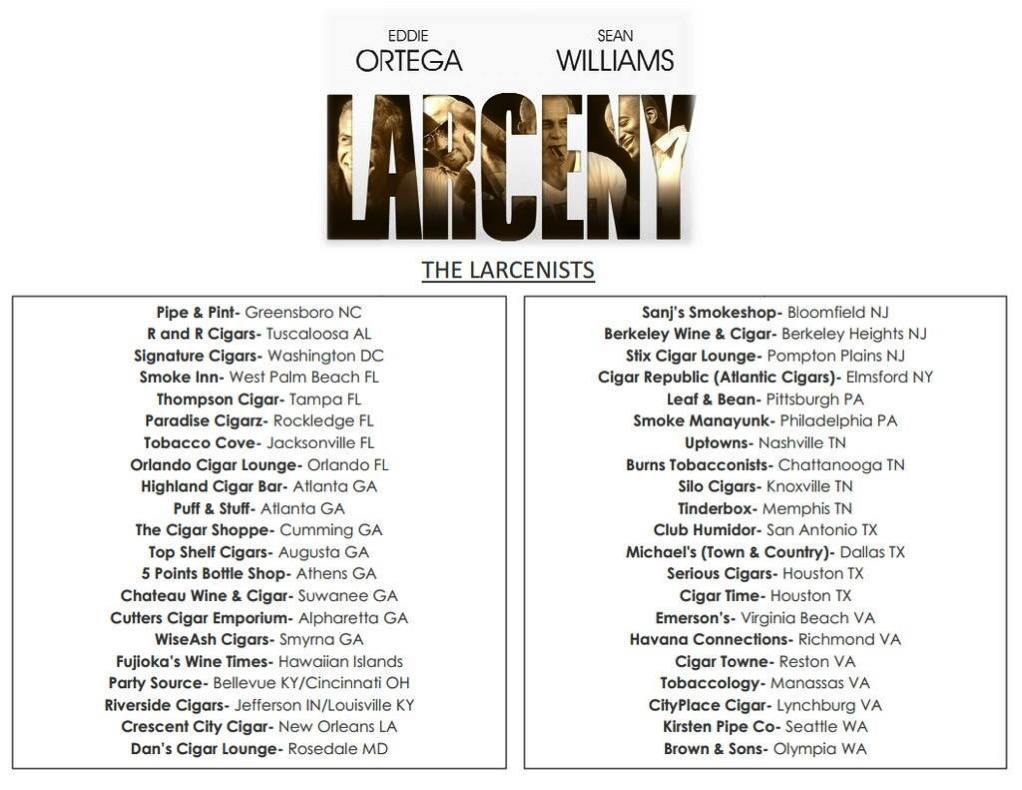 “We both wanted to do something different and we’d kicked around doing something together before,” said Williams in February. “We figured instead of working together on a single cigar why not each do a cigar that we think the other would like and give the consumer two profiles in one box. The Larceny tag is simply a play on how much as an industry we tend to copy each other.”

In many ways, it’s not just a collaboration between Ortega and Williams, but also Ortega’s former partner, Erik Espinosa, who now owns La Zona Cigar Factory. Espinosa and Ortega were the literal E and O behind EO Brands, a company that introduced lines like 601 and Murcielago. The two dissolved the company in 2012 and headed out on their own.