Last month, Alliance Cigar announced the release of another cigar in the company’s DeSocio series, which is named after owner Tom Sullivan’s maternal grandmother and debuted with the release of the Tempus DeSocio in 2013. Dubbed the Laranja Reserva DeSocio, the new 5 5/8 x 54 perfecto is also the latest vitola in Espinosa’s Laranja line, which was launched in 2014 and now includes five sizes.

In terms of blend, the Laranja Reserva DeSocio is the same as the others in the Laranja line: a Brazilian wrapper covers Nicaraguan tobacco used in both the binder and filler. Sold in boxes of 20, suggested retail pricing for each cigar is $10.50, and they are being produced at Erik Espinosa’s La Zona Cigar Factory in Estelí, Nicaragua. 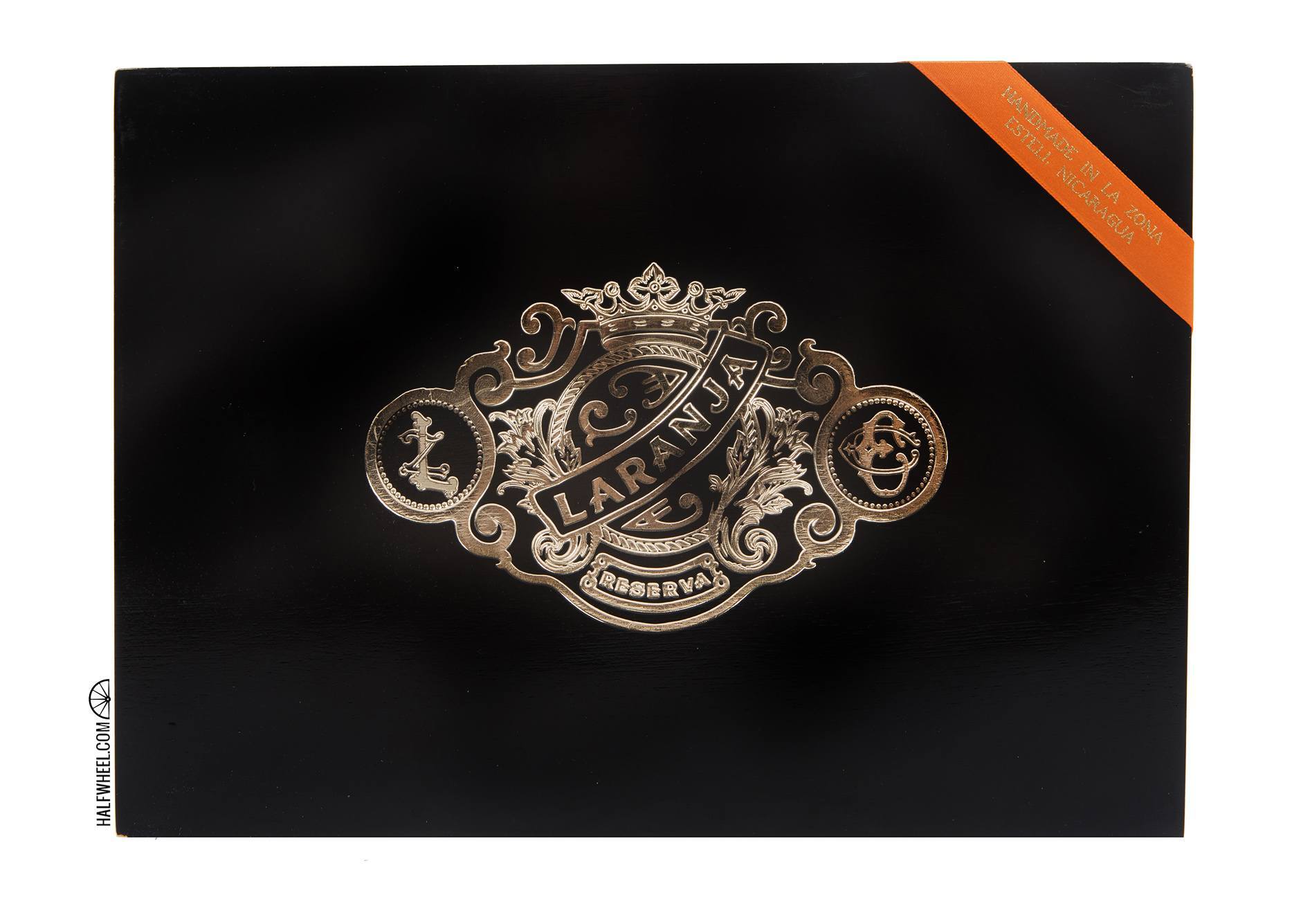 With the addition of the Laranja Reserva DeSocio, there are now five vitolas in the Laranja line.

“Erik Espinosa and I have been friends and working partners for many years,” said Sullivan, in a press release. “He is a lot of fun to be with and more importantly to work with. His dedication and serious concern for consistency and quality is clearly evident in all aspects of working with him and his team.”

There are now six different releases in the DeSocio lineup. Visually, the Laranja Reserva DeSocio is quite distinctive, with a rough to the touch mocha brown wrapper and a perfecto cap on both ends. There are plenty of very obvious veins running up and down the length, and the cigar is a bit spongy when squeezed. Aroma from the wrapper is a combination of oak, sweet nuts, hay and manure while the cold draw brings flavors of lemongrass, dark chocolate, coffee, earth, leather and barnyard.

Starting out, the Laranja Reserva DeSocio features an interesting array of flavors including charred meat, creamy oak, leather, white chocolate and toast. In addition there is some noticeable citrus on the retrohale, which combines nicely with a bit of maple sweetness that is present on the finish. While it is not a huge note, there is a bit of black pepper on the retrohale, as well as some spice on my tongue, and both seem to be increasing as the first third winds down. Even with the nipple foot the burn is quite good from the start, and the draw could not be better, while smoke production is well above average. Strength-wise, the cigar starts out north of mild, and comes close to medium by the time the first third ends. As the second third starts, the maple sweetness has receded noticeably, while the citrus note on the retrohale as increased. In addition, there is a very slight peppermint note that is also present on the retrohale that is so faint it is gone almost before I register it. The dominant flavor is a creamy oak note interspersed with other notes of anise, yeast, leather, hay, dark fruit, cocoa and espresso, all of which are seemingly vying for their time to shine. Both the burn and draw continue to impress, and the smoke production continues to pour off of the foot like a house on fire. The overall strength easily hits the medium mark by the halfway point, but seems to stall there, and does not seem to be going anywhere fast as the final third begins. The final third of the Laranja Reserva DeSocio is quite similar to the first third, with the same creamy oak, charred meat and leather, although the profile adds some nutty notes as well as more of the citrus on the retrohale. While I am also tasting more of the maple sweetness on the finish, there is a metallic note that comes and goes as well, although it is never strong enough to negatively affect the profile in any major way. The burn has started to waver a bit, forcing me to touch it up before it gets out of hand, but the draw remains excellent and the smoke production remains high. As expected, the strength remains firmly in the medium range, although there is a bit of an uptick right before I put the nub down with a little less than an inch to go. Since it debuted in 2014, the Laranja has become one of my favorite blends from Espinosa, with a overtly creamy profile combined with a sweet citrus note on the retrohale and just the right amount of white pepper to go along with it. Thankfully, the Laranja Reserva DeSocio continues that trend, and when you throw in the extremely good construction, you have a winner. There have been some good cigars in the DeSocio series, but the Laranja Reserva DeSocio ranks among the best I have smoked.