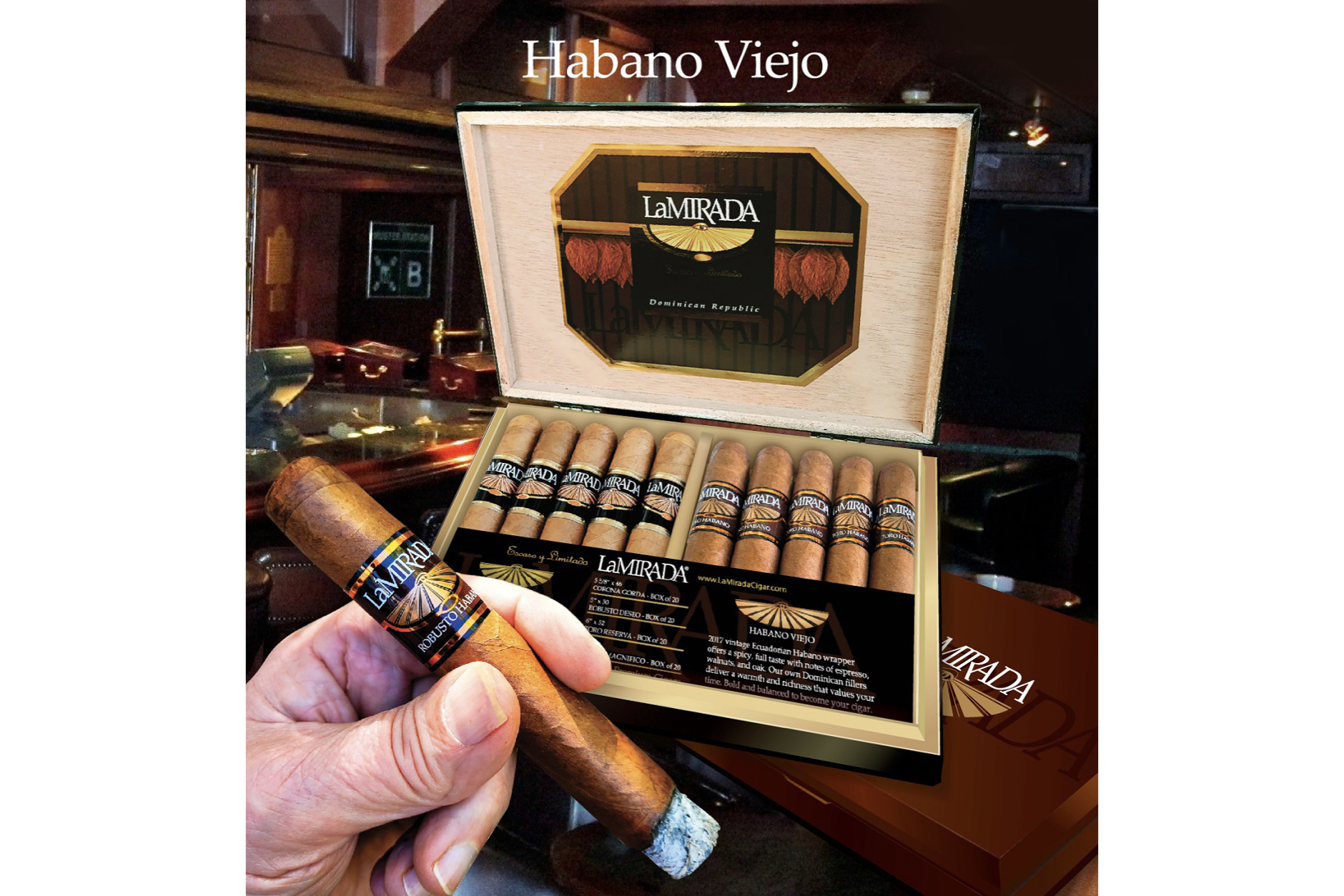 There’s a second line of LaMirada cigars that is heading to stores this month.

The new LaMirada Habano Viejo uses an Ecuadorian habano wrapper over a Dominican corojo binder and Dominican criollo 98 and piloto cubano fillers. Like the original LaMirada Connecticut, it is made by Tabacalera Palma in the Dominican Republic.

Three sizes are offered on debut:

“This is a cigar with warmth and richness that values a cigar smoker’s time,” said Anthony Rodriguez, national sales director for LaMirada, in a press release. “Our Habano Viejo delivers a bolder experience to help build loyalty to LaMirada as cigar smokers move beyond smooth.”

The company is also offering a Toro Reserva 10-count box that includes five each of the Connecticut Shade and Habano Viejo lines in the toro size. There will also be additional four-pack offerings—containing two cigars from each of the blends—scheduled for a June release.

In addition, LaMirada has announced that the third blend will be a maduro offering using a Connecticut broadleaf wrapper.

LaMirada is the company best known for its line of flavored cigars, Bahama Mamas. In 2020, the company rebranded itself to LaMirada and announced a non-flavored blend.