For the past two years of so, there was an unbanded cigar that would make an occasional appearance at La Tradición Cubana’s retail shop in Miami, Fla. Now, it’s getting a band and being added to the company’s portfolio of regular production cigars.

Dubbed The Mad Scientist The Lab Reserve, the cigar is a Nicaraguan puro that features a maduro wrapper from the country’s Jalapa region. Luis M. Sánchez, owner of La Tradición Cubana, calls is a medium to full-bodied blend. 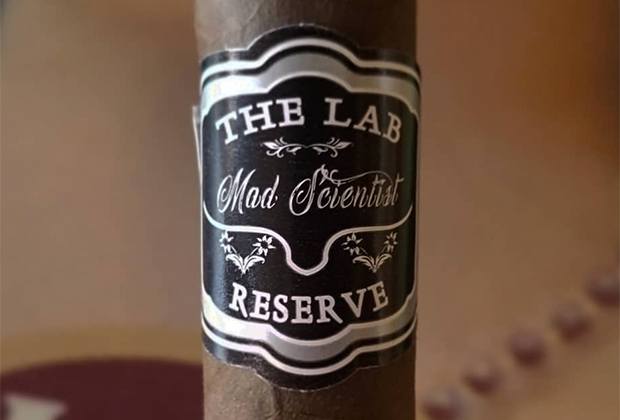 It’s being released in a single 5 3/8 x 52 vitola that Sánchez refers to as a toro, though he acknowledges it’s a bit shorter than the standard length associated with the vitola. Like the rest of La Tradicion Cubana’s cigars, it is made at the company’s factory in the Dominican Republic.

The Mad Scientist The Lab Reserve comes in boxes of 21 cigars priced at $125, or approximately $6 per cigar.

Sánchez told halfwheel that he is considering releasing it in additional sizes, but there are no immediate plans to do so.