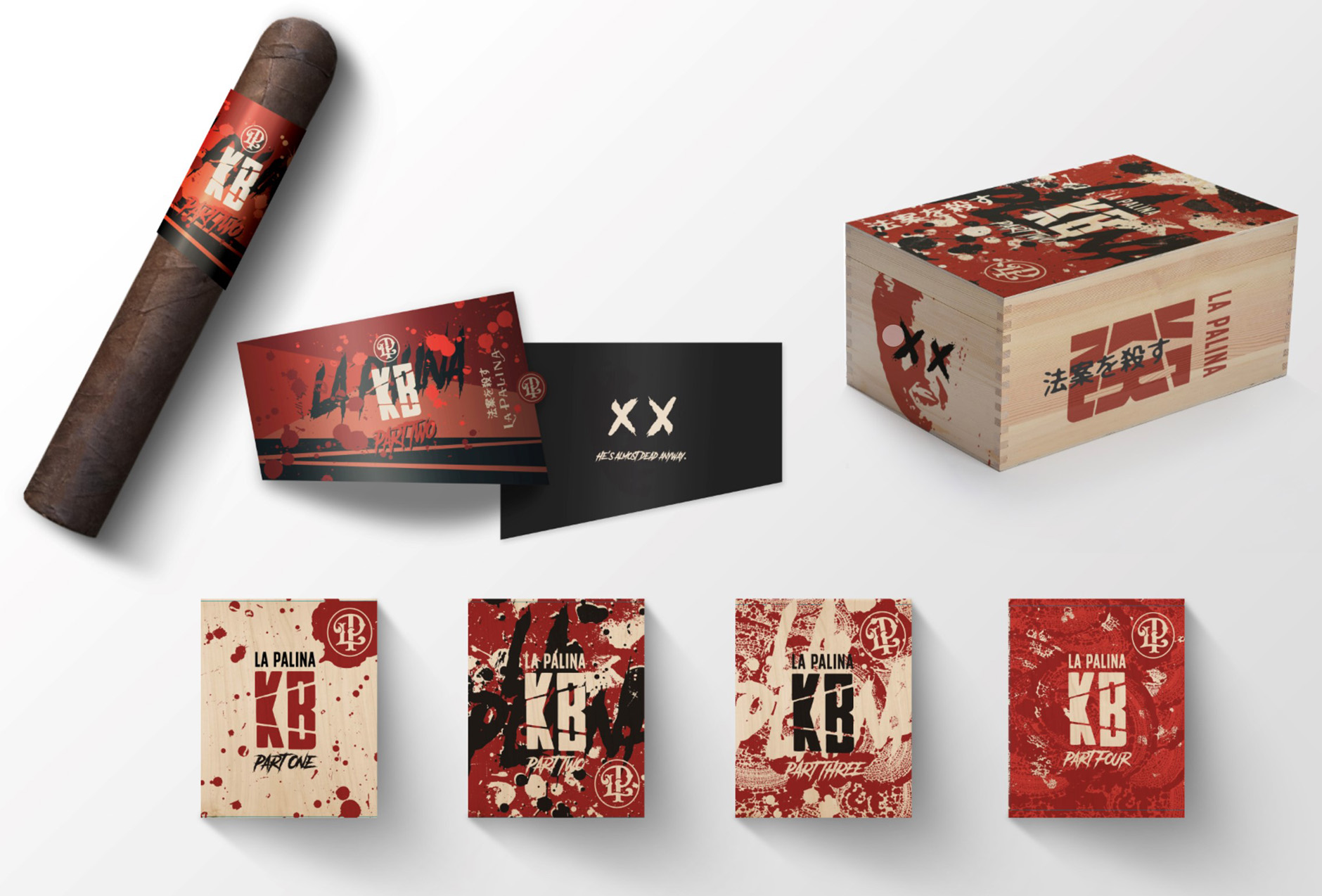 La Palina released its KB Series in 2013, and this year it is getting a new look and new sizes, which the company will show off at the 2021 PCA Convention & Trade Show.

The KB Series is now made up of four vitolas, each of which uses a Honduran corojo wrapper over a Honduran criollo double binder and Nicaraguan corojo and criollo fillers. They are being produced at Raíces Cubanas in Danlí, Honduras.

For the two new sizes, Parts Three and Four, the blend was tweaked by adding higher primings of ligero, though the company says that all of the sizes share a common profile despite the notable difference in ring gauges.

Each size is being offered in 30-count boxes, and feature updated artwork that brings the “kill Bill” inspiration from the cigar’s history into a new interpretation. Specifically, La Palina’s founder, Bill Paley, is featured on the front of the boxes with his eyes crossed out, and the back of the bands feature a line that says “he’s almost dead anyway.”

The cigars are expected to begin shipping in October, and are all regular production additions to the company’s portfolio.