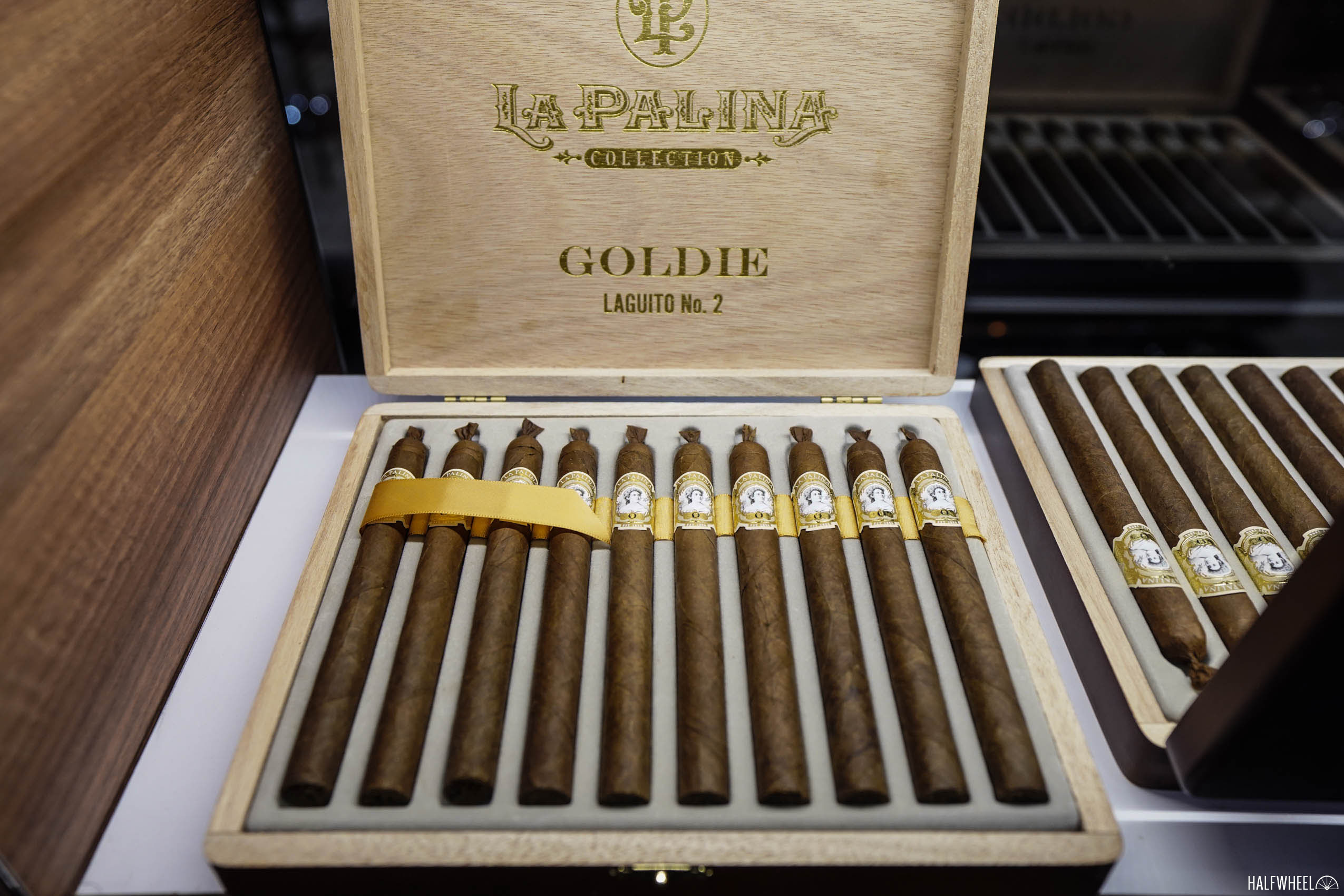 At this year’s PCA Convention & Trade Show, La Palina brought back one of its most well-known and highly acclaimed cigars, the La Palina Goldie Laguito No. 2, for a second release, aptly titled Series 2. Now, the first half of the cigars that were produced for that release are arriving on store shelves.

Like the version that came out in July 2012, it is a 6 x 38 panetela, with a blend that features an Ecuadorian habano wrapper, Ecuadorian binder and fillers from the Dominican Republic and Nicaragua. That filler includes medio tiempo leaves, which comes from the upper priming of certain tobacco plants.

The La Palina Goldie Laguito No. 2 Series 2 is priced at $23 per cigar and offered in 10-count boxes, with 1,000 boxes produced by El Titan de Bronze in Miami.

As for the second half of the cigars, they are currently resting and scheduled to ship to stores around the end of October, according to Sam Phillips, president of La Palina. However, he noted that the company is meticulous about only releasing the cigars when they believe they are ready and have undergone sufficient rest, so that release date could change.

The company also brought back the Prominente vitola at the trade shows a 6 1/2 x 48 vitola that was first released in 2021. Like the initial release in 2021, this size was only offered to retailers who attended the trade show. Those cigars are currently scheduled to ship towards the end of October as well, according to Phillips. The Prominente Series 2 is a more limited release than the Laguito No. 2 Series 2, with just 500 boxes of 10 cigars produced.

These second batches of the Goldie Laguito No. 2 and Goldie Prominente will come in slightly modified packaging to help distinguish them from the original versions. The front of the boxes now bear the phrase “Series 2” while the color of the tray has ben changed to gray. The cigars themselves, however, do not have any special bands or marks to distinguish them from the original version.