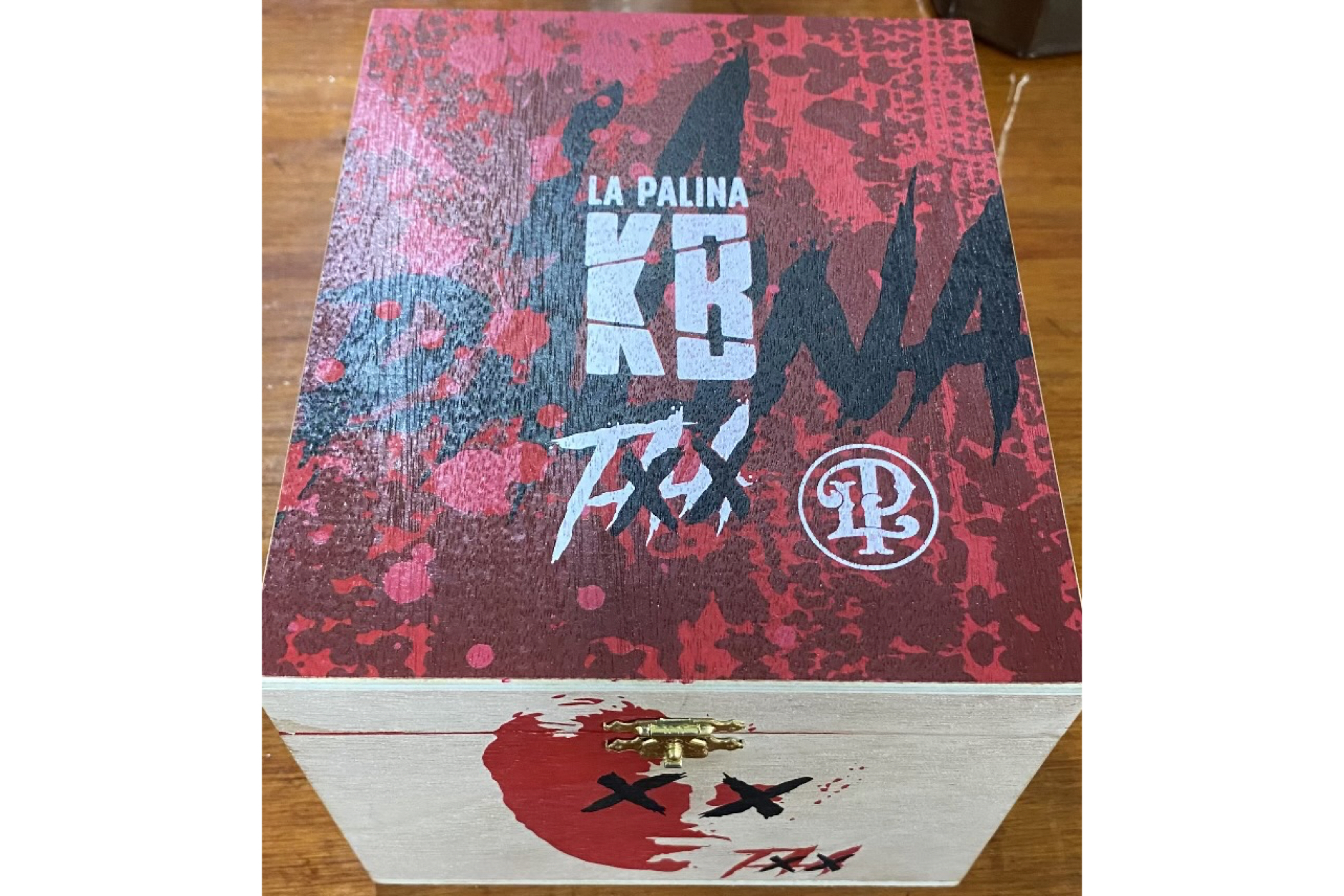 La Palina’s 2022 exclusive for retailers that are members of the Tobacconists’ Association of America, Ltd. (TAA) began arriving at stores a couple of weeks ago. The cigar is the La Palina KB 2022 TAA Exclusive, a 6 x 52 diadema, that uses the same blend as the Kill Bill: Honduran corojo wrapper over a Honduran criollo double binder and Nicaraguan corojo and criollo fillers. This is the fifth different Kill Bill—the regular production versions are named KB1, KB2, etc.—and each cigar uses the same tobacco varietals, though the ratios of the tobaccos change depending on the size.

While the cigar has a rounded head like a parejo, the foot is tapered like a perfect.

It has an MSRP of $12.50 per cigar and is limited to 750 boxes of 30 cigars. When the cigar was announced in March, the company said it was going to produce 1,000 boxes. Like the rest of the KB line, it is produced at Raíces Cubanas in Honduras.

During the event—which occurred in late March in Cabo San Lucas—the organization holds two selling events, one known as the Dream Machine, where the retailers collectively order to secure larger discounts, while the other is a more traditional trade show. Typically, around a dozen manufacturers release new exclusive cigars for the retail members of the organization under the TAA Exclusive Series Program banner. Those manufacturers agree to give a portion of the proceeds to the organization, a minimum of 50 cents per cigar.

La Palina originally announced the name of the cigar as the “Kill Bill TXX,” the company declined to discuss why the name has changed.