Originally launched in 2012, The Goldie line has become one of La Palina’s premier brands for a number of reasons: not only is the line named after Goldie Drell Paley, the wife of Samuel Paley, who originally launched the La Palina brand in 1896 as part of the Congress Cigar Co., but each vitola is produced at El Titan de Bronze in Miami. In addition, until 2017 every single cigar was rolled by the late Maria Sierra, one of the first women trained to roll cigars at the El Laguito factory, where Cohibas are produced.

That changed two years ago, when Lopez “Chino” Perez took over the rolling duties after Sierra retired. Perez worked for 25 years at the Real Fabrica de Tabacos Partagás factory in Havana, Cuba, eventually taking over the role of floor supervisor, a position he held for five years before emigrating to the United States in 2014. 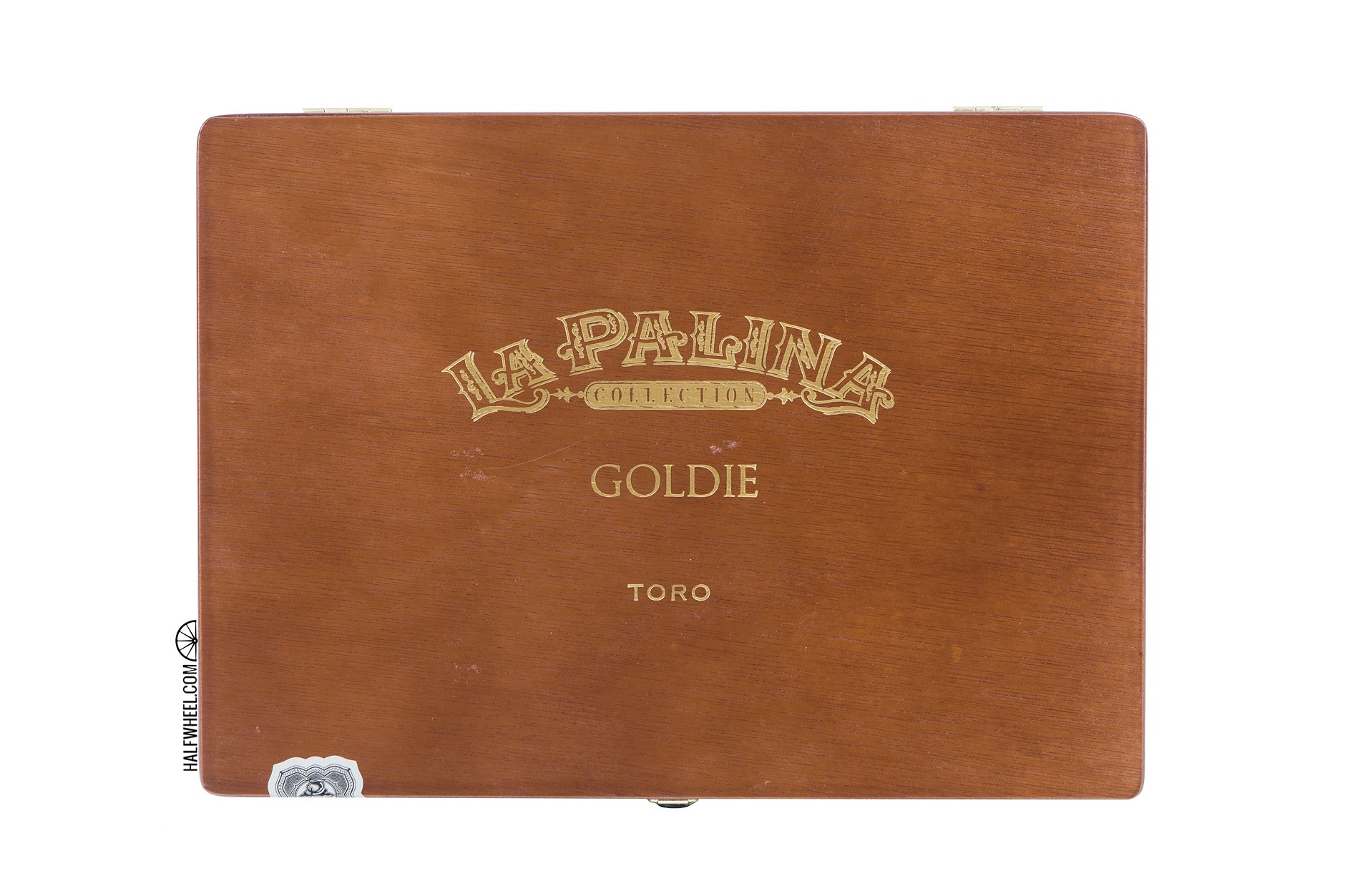 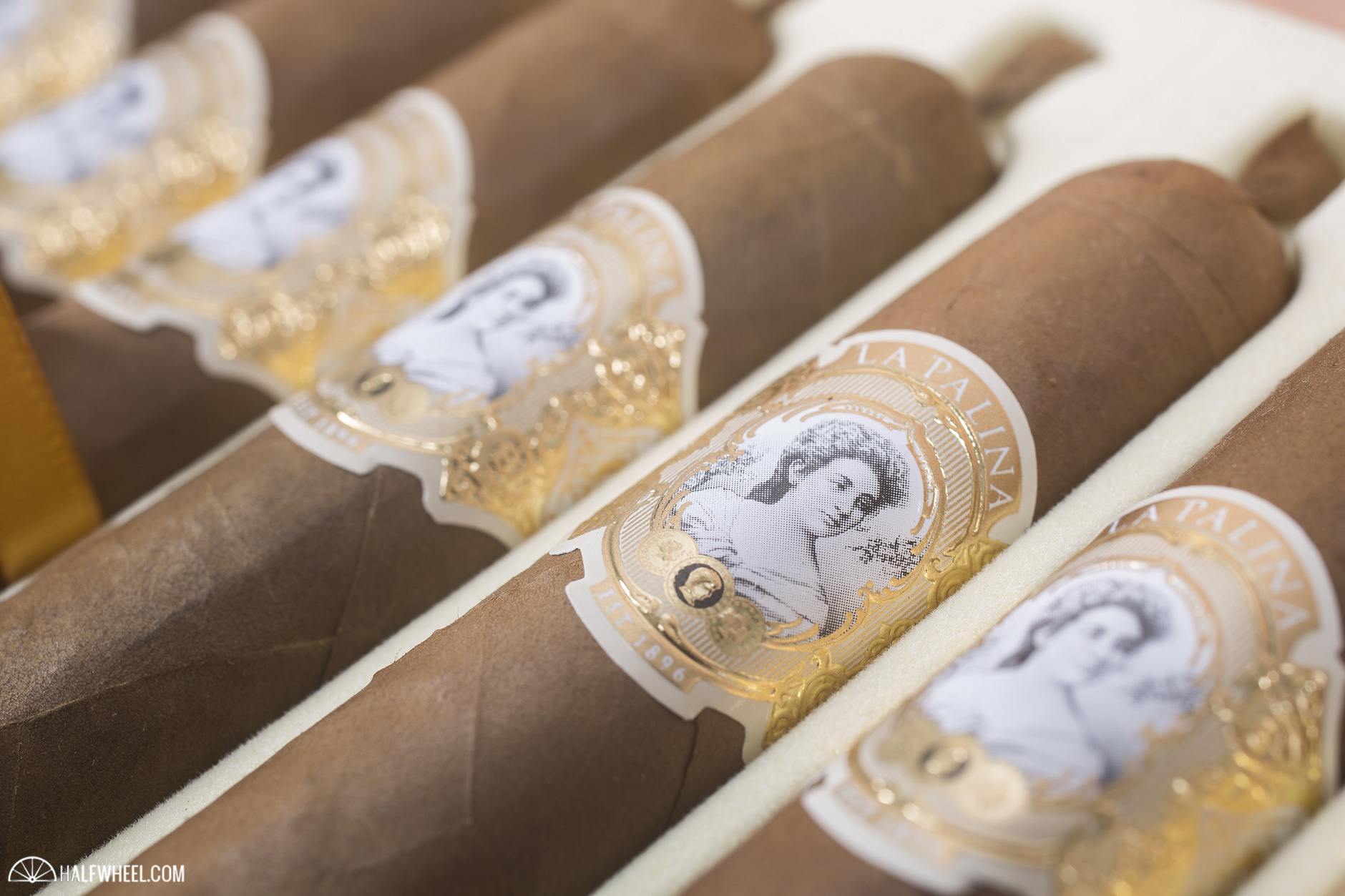 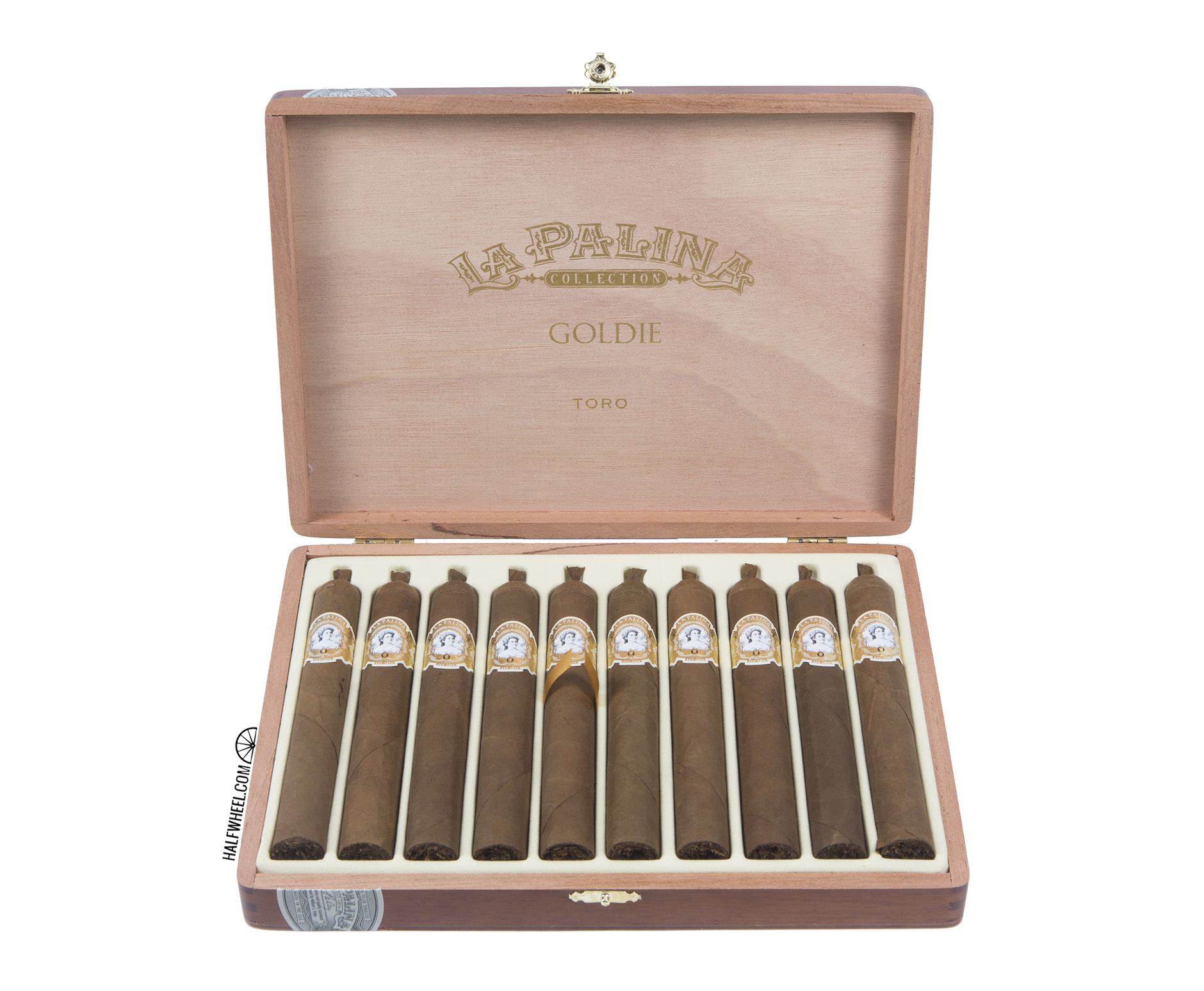 Perez’s first Goldie release was the Toro, a  6 x 52 vitola released in July 2017 that incorporates an Ecuadorian habano wrapper covering an Ecuadorian binder along with filler tobaccos from the Dominican Republic and Nicaragua. Also included in the filler are medio tiempo leaves, the highest priming found on only some tobacco plants that are known for giving the cigar a unique, distinctive flavor. The Goldie Toro had a total release of 25,000 cigars packaged in boxes of 10, with each cigar carrying a retail price of $22.

There are now eight different releases in the Goldie line, including the newest Churchill—a vitola which was originally dubbed the Julieta, a name that was changed due to existing usage of the word—that began shipping to retailers last month.

Here is what I said in my original review of the La Palina Goldie Toro back in November 2017: 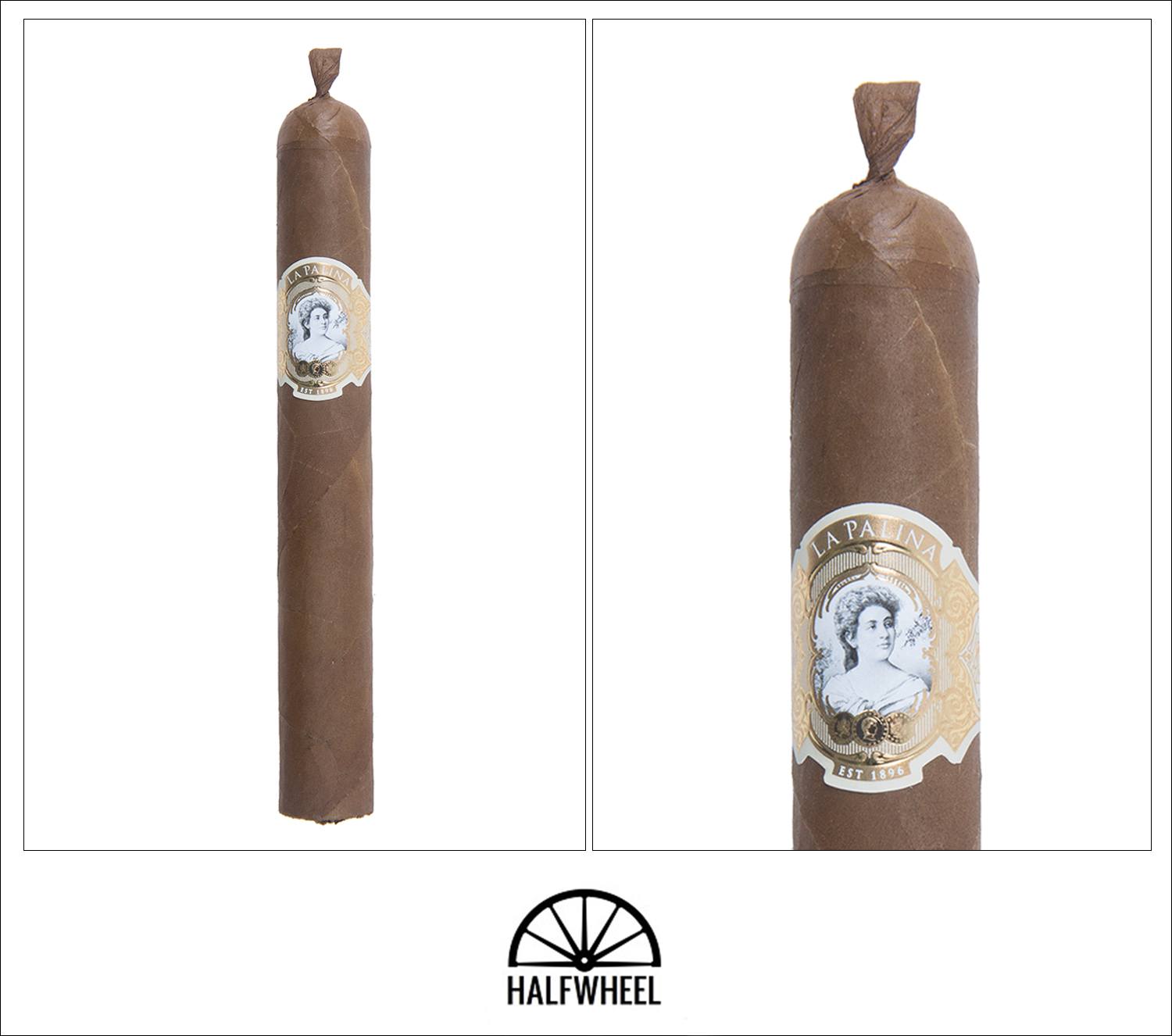 To me, it seems that the wrapper used on the La Palina Goldie line has become a paler shade of gold as the series has progressed, and the Toro’s cover leaf is no different, with a velvety smooth texture that is obviously very fragile when touched. There is very little oil noticeable and the fan producing from the cap—while not as rigid or as large as the one used on the Liga Privada 10-Year Anniversario—is undamaged. Aroma from the wrapper includes an intoxicating combination of cinnamon, dark chocolate, oak, leather and earth, while the cold draw brings distinct flavors of creamy oak, cinnamon, creamy cashews, leather, hay, baker’s spices, and vanilla bean sweetness.

Starting out, the first few puffs of the La Palina Goldie Toro feature a distinct, creamy cashew note, followed by other flavors of oak, cinnamon, cocoa nibs, hay and a touch of floral. There is a nice amount of white pepper on the retrohale as well as just a bit of spice on my tongue, but while the latter seems to be receding as the first third burns down, the former shows no signs of letting up anytime soon. Although I pick up some distinct vanilla bean sweetness on the retrohale that seems to be pulled over from the cold draw, the note is just not that strong the first half and does not increase noticeably after that. While the second half features the same dominant creamy cashew note on the palate, it lacks the distinctness that was present in the first third. There is also less spice in the profile, as well as less vanilla sweetness, although the latter does manage to stick around enough to continue to impact the new flavors that include bitter dark chocolate and freshly roasted coffee beans.

In terms of construction, the draw is excellent for the entire after a simple straight cut, while the burn was very good overall, needing just one touch-up in the first third. Finally, the overall strength was a virtual non-factor, starting out quite mild before ending up well short of the medium mark by the time I put the nub down with less than an inch left after one hour and 42 minutes of smoking time.

Other than the Laguito No. 2 vitola that I reduxed in March 2013, every one of La Palina’s Goldie line has scored lower in subsequent reviews than their original review, so I was interested to see if the Goldie Toro would buck the trend. After smoking one that I had held on to for more than two years, it is obvious to me that the flavors in the Toro vitola have lost a little bit of the distinctness that made the original profile so enjoyable. In addition, while the dominant creamy cashew flavor is new, the banana sweetness that was so unique on the retrohale the first time around has morphed into a much less unique vanilla bean note and the supporting flavors are not nearly as complex. The Goldie series has long been one of my favorites from the company, but I will be making an effort to smoke them sooner rather than later in the future.