Chances are you’ve heard of the La Palina Goldie line, and if not for the rave reviews that most people give it, then definitely for the neat way these are rolled. Maria Sierra is the only person who rolls the Goldies, and this tradition continues with this year’s release, a Robusto Extra. 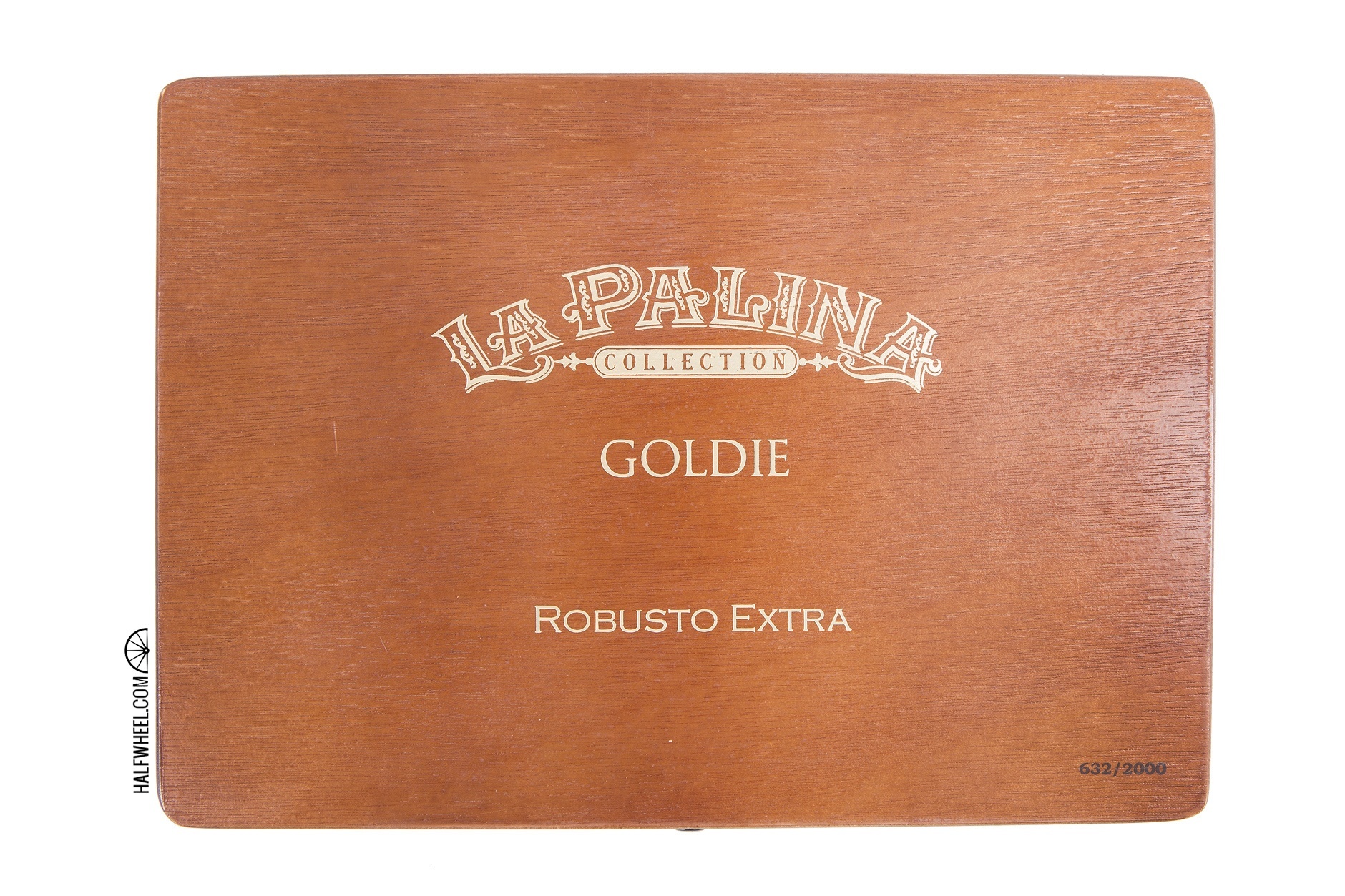 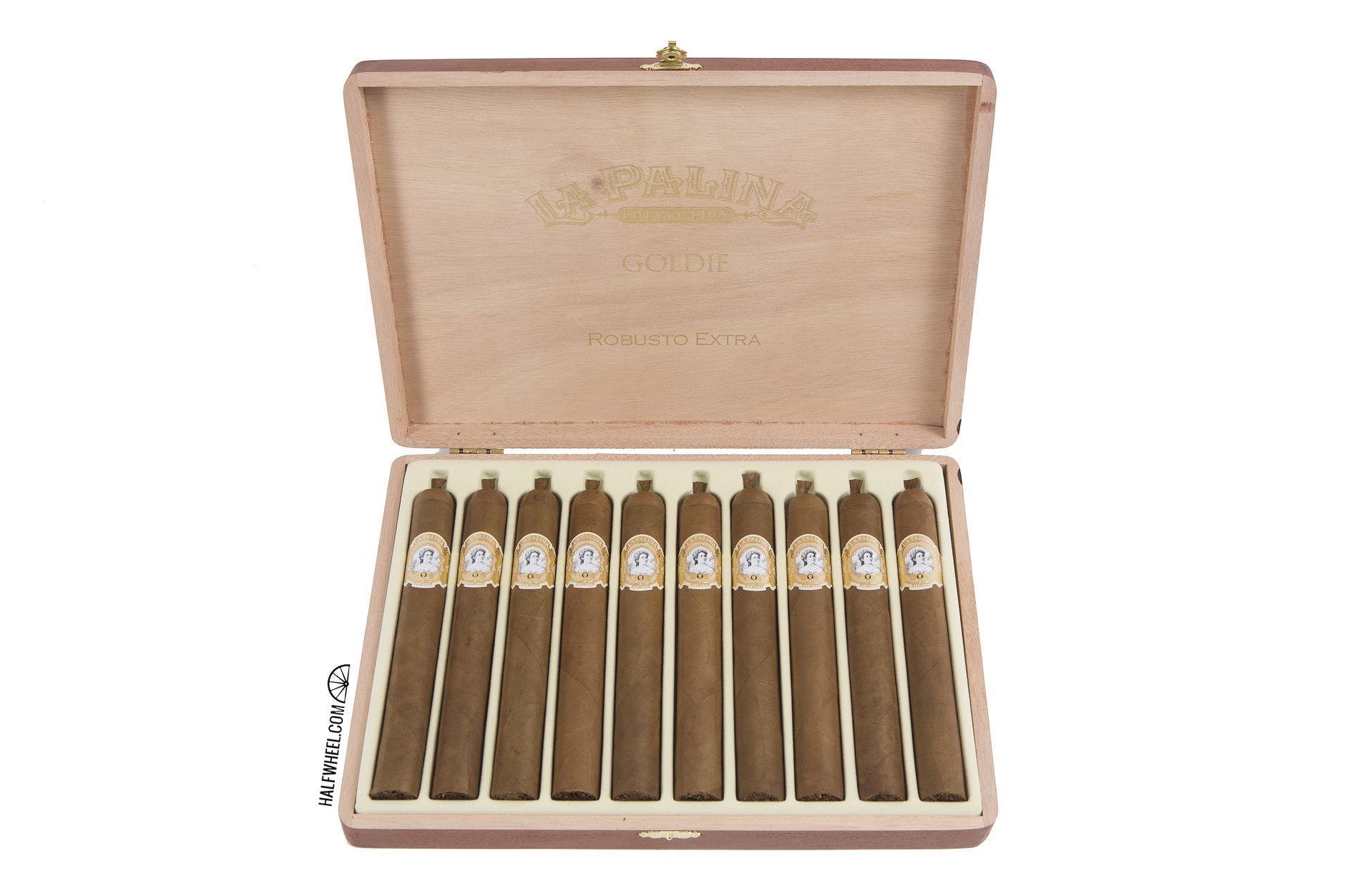 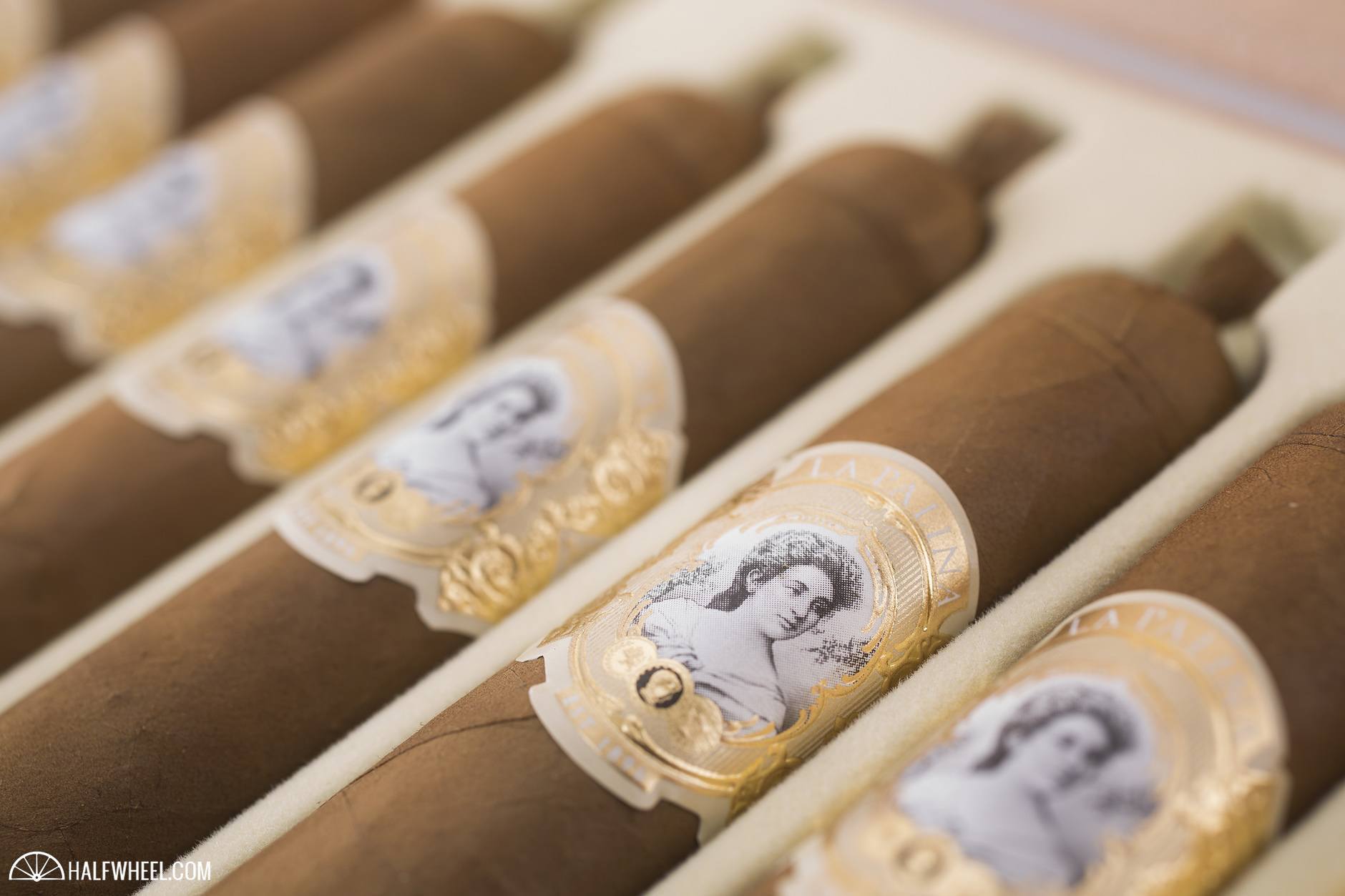 Brooks Whittington’s review of the original release, Goldie No.2, has a nice little write up of Sierra’s history in the cigar industry: 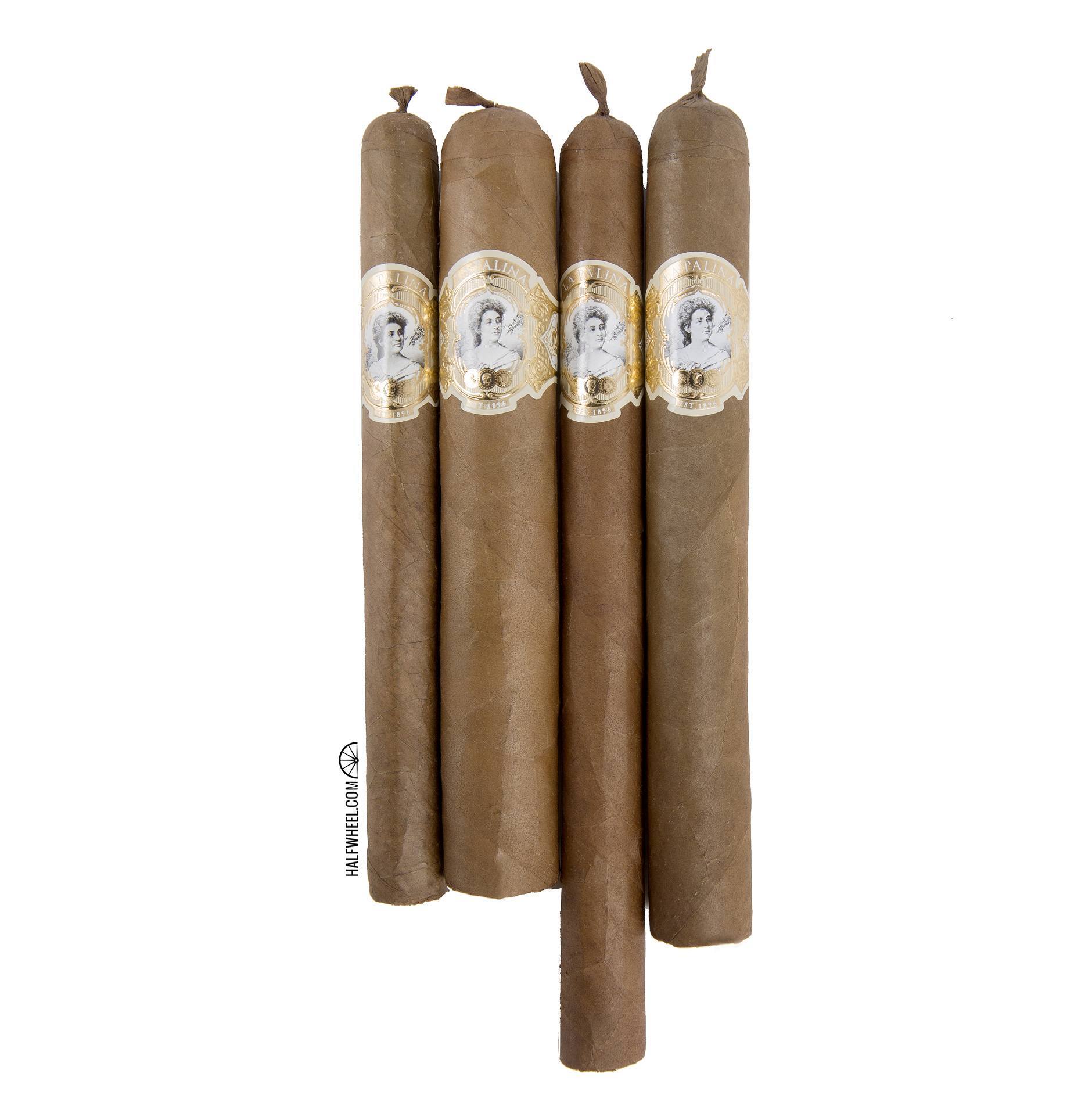 With the Robusto Extra, the release now sits at four sizes. 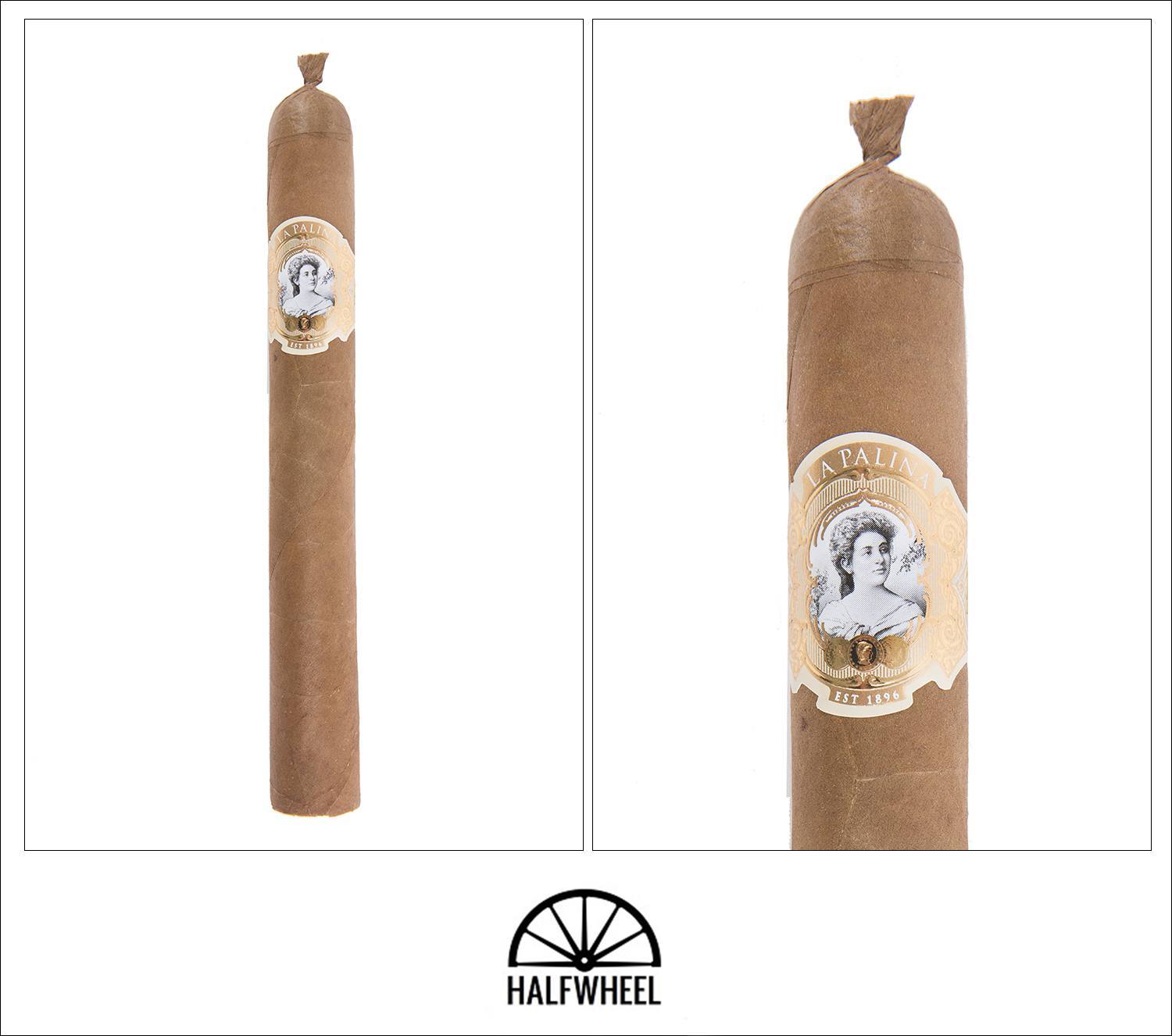 The first thing that always strikes me with La Palina Goldies are how beautiful they look. The medium brown almond colored wrapper is applied wonderfully, with the pigtail cap and impressive band finishing off the entire look. There’s almost no give to the cigar when squeezed, while the wrapper has an incredibly smooth feel to it. The wrapper’s aroma is different, forgoing your usual barnyard affair for a very vegetal saltiness – almost like the ocean breeze and some seaweed. The cold draw is night and day different from the wrapper’s aroma, with cinnamon, hay, some sweetness and just a touch of pepper and banana

Starting into the first third, the first thing that shows up on my palate is a sweet spice. Not too far behind is a nuttiness, some light leather and a touch of fruitiness. Despite a quarter inch run that happened right after I lit the cigar, everything has evened up to a very nice burn line by the half inch mark. The draw is nice, well within the ideal range, but perhaps a touch on the looser side of ideal. The ash holds easily past the inch mark, though the ash does get slightly flaky and wants to sprinkle ash everywhere. The retrohale is quite smooth, though there is some pepper among the nuttiness and sweet spice that is even more prominent. The sweet spice continues to dominate the profile, with the leather, fruit and nutty notes mostly in the background. 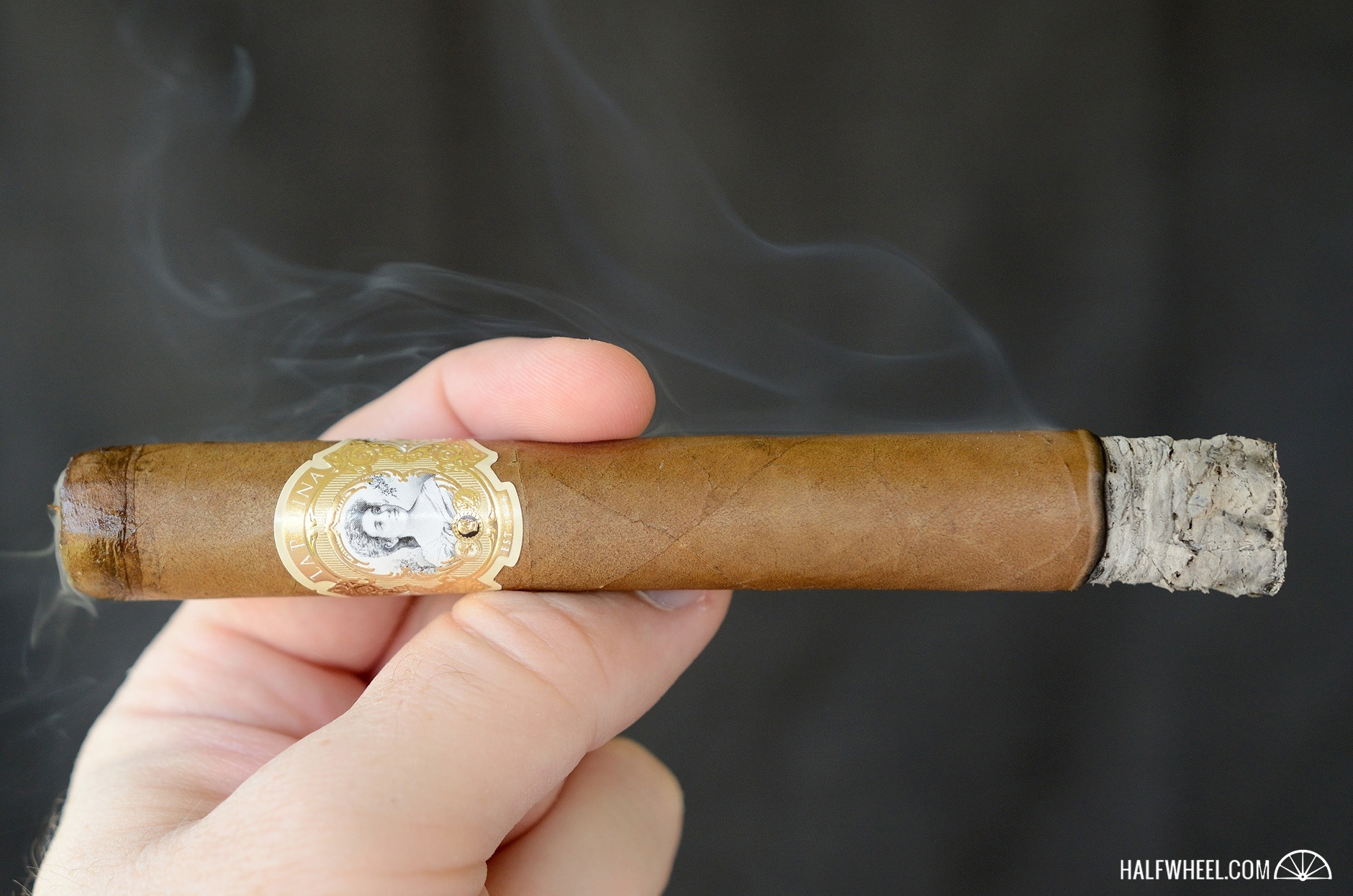 As I move into the second third there isn’t too much change in the profile, with sweet spice still up front and leather, fruit and nuts following not too far behind. The burn continues to be great, though the ash is still flaking off all over my lap. Right about the halfway point a very distinctive note of berries comes out of the previous general fruit note. With the sweet spice still there, the whole thing gives a very interesting pastry-like flavor to the cigar. 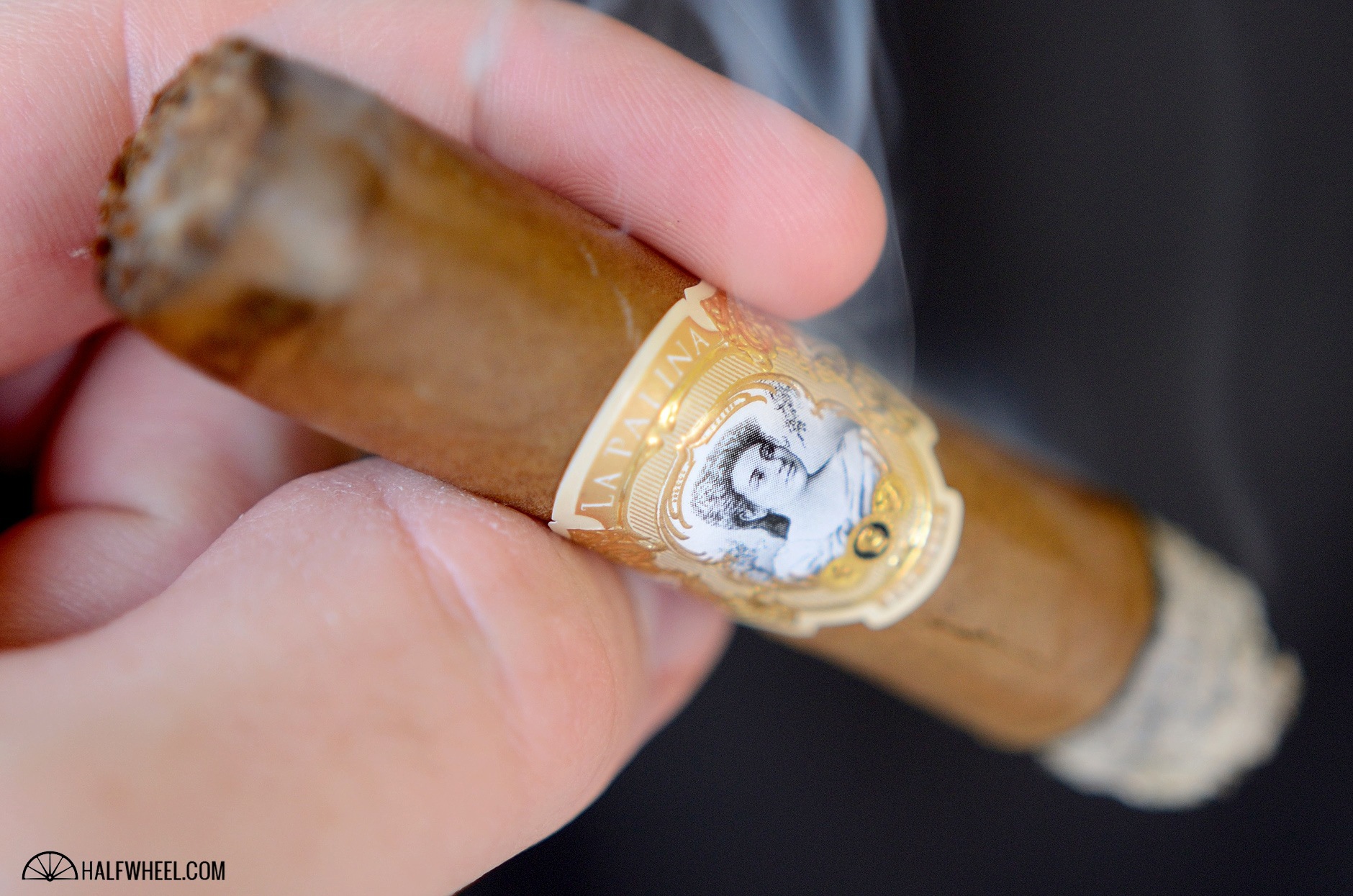 The final third sees a shift in the profile again, with a return to a more generic dried fruit note, with a little less sweetness but still plenty of spice, leather and nuts dancing around each other. The burn continues to be mostly even, though the flakiness has started to get worse, to the point where I’m not letting more than a half an inch of ash build up before I roll it off just to keep things clean. The cigar finishes up with more of the spice, leather and nuts and not very much sweetness or fruit, but it doesn’t get hot or harsh either, ending on a nice note. 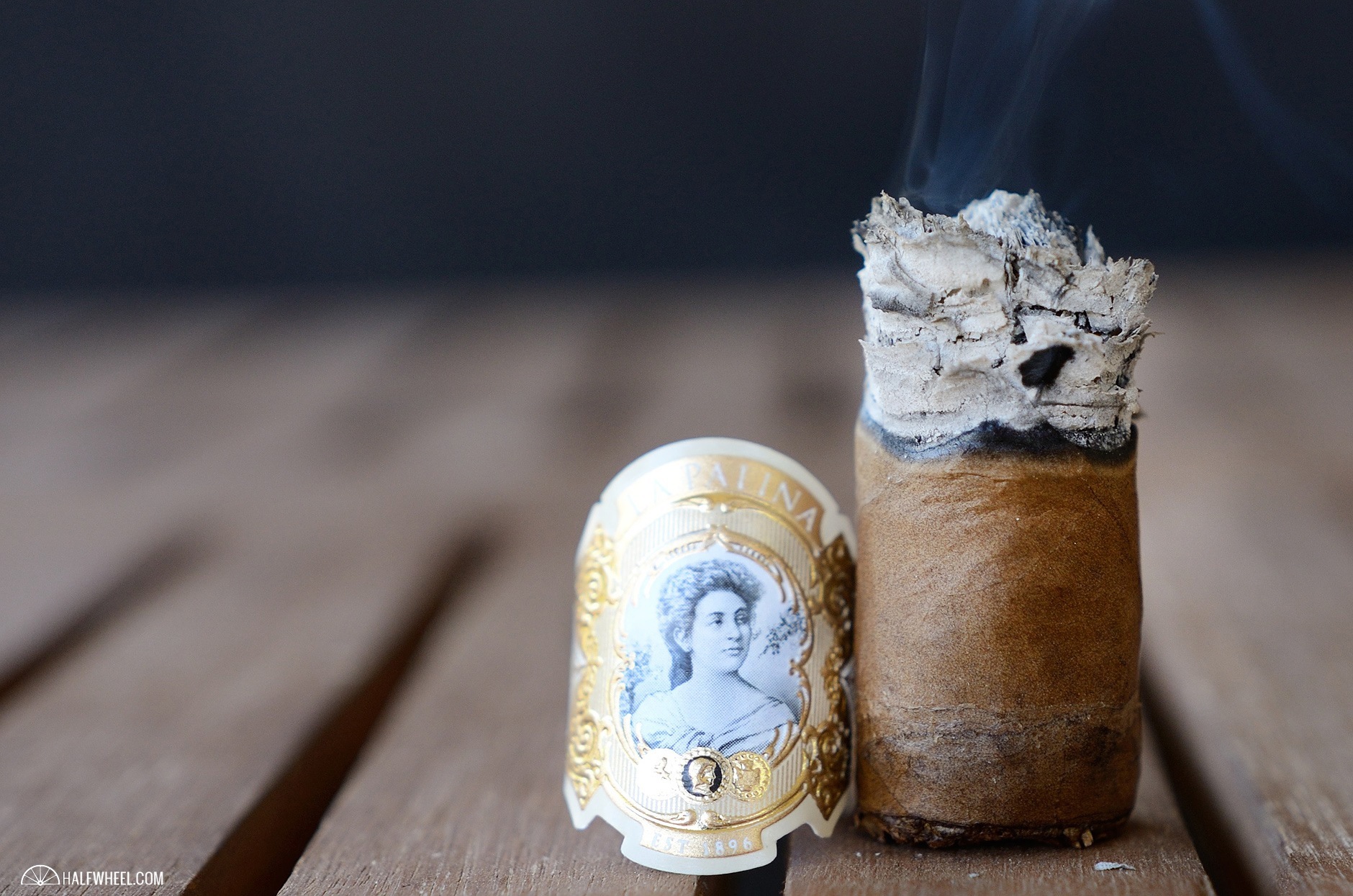