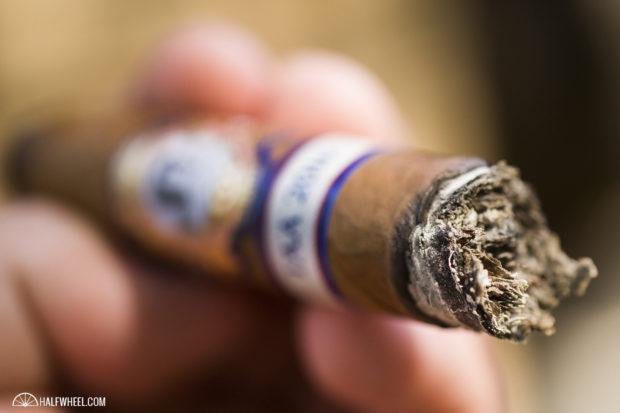 In March, the Tobacconists’ Association of America (TAA) held its annual meeting in Puerto Vallarta, Mexico, an while cigar exclusives for the group are nothing new, this year’s event included a new vendor for TAA: La Palina.

For the first time, La Palina released a TAA exclusive cigar, dubbed simply “Bill’s Blend,” which as the name indicates, is a personal blend of company head William C. “Bill” Paley. Coming in at 6 x 50, the toro is composed of an Ecuadorian habano wrapper covering an Ecuadorian binder and filler tobaccos from the Dominican Republic and Nicaragua.

“‘Bill’s Blend’ is proudly hand-rolled in the United States of America, in Little Havana Miami,” said Paley in a press release. “We are wonderfully pleased by this cigar. ‘Bill’s Blend’ highlights La Palina’s commitment to the brick and mortar side of our business, and is the essence of ‘Made in America.’”

Bill’s Blend TAA 2016 is packaged in boxes of 20, with each cigar carrying an MSRP of $10.99 and only 1,000 boxes produced. As with La Palina’s Family Series and Goldie, the new cigar is rolled at El Titan de Bronze in Miami.

A total of 10 manufacturers have created 16 new releases this year for the TAA. The La Palina Bill’s Blend is covered in a mocha brown wrapper that is smooth to the touch and features just a touch of oil. Although there are some viens present running up and down the length the cigar, they are not overly distracting, and it has some nice firmness when it is squeezed. Aroma from the wrapper is a combination of barnyard, leather, manure, earth and sweet cream, while the cold draw brings flavors of strong aged oak, leather, hay and milk chocolate sweetness.

Starting out, the La Palina Bill’s Blend features a combination of sweet oak and creamy earth as the dominant flavors, interspersed with notes of leather, hay, almonds and sweet vanilla. The profile is exceedingly creamy on the palate, I am picking up both some white pepper on the retrohale as well as some slight spice on my tongue that does not seem like it is going to stick around for long. Construction-wise, the draw is excellent after a simple straight cut, giving me just the right amount of resistance, while the burn is far from razor sharp, it does not need to be touched up yet. The smoke production is both dense and plentiful, while the overall strength seems content to stay at a point between mild and medium so far. 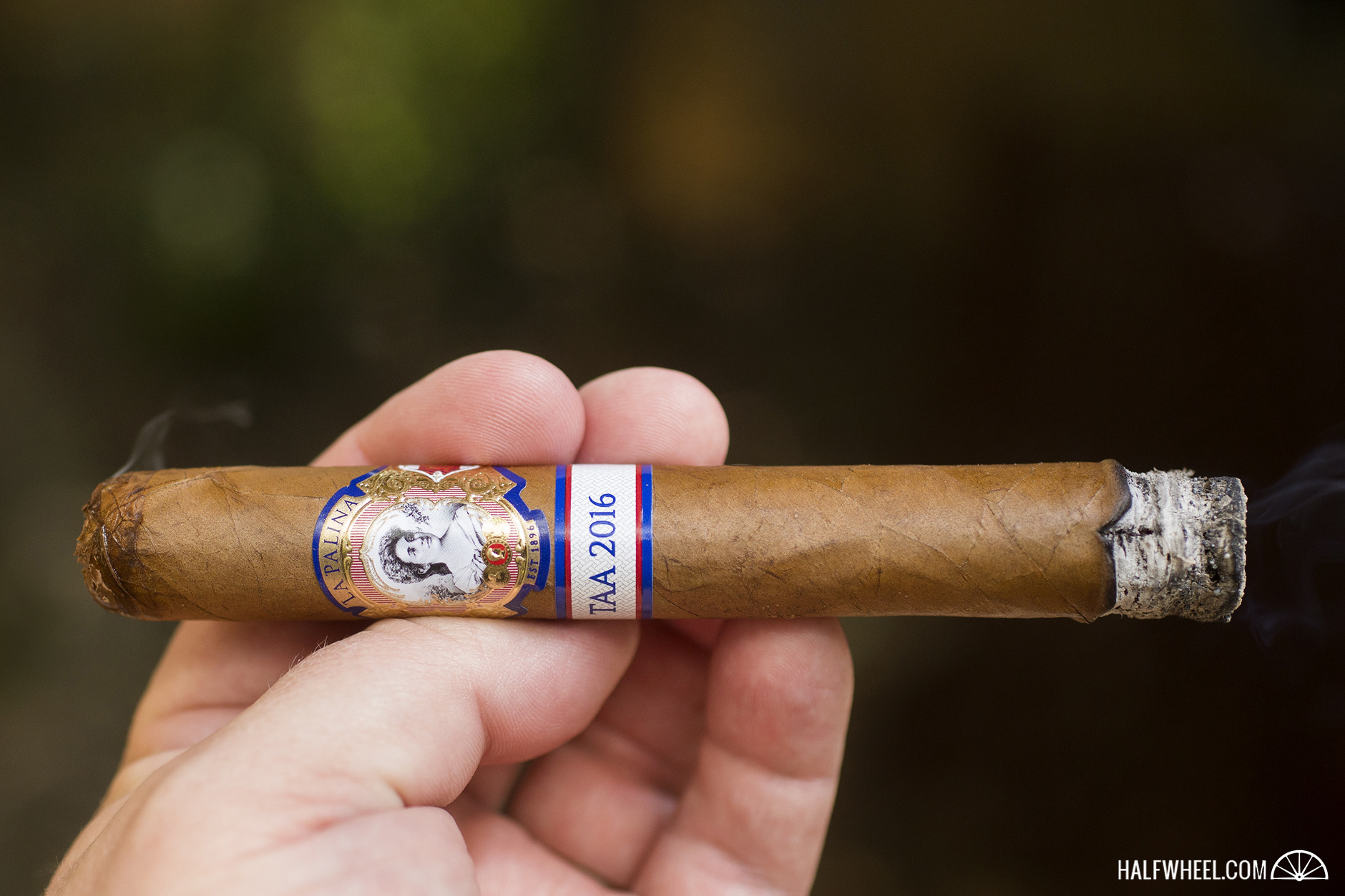 Some slight mint note makes an appearance in the second third of the Bill’s Blend, although it is relegated exclusively to the retrohale, where it joins the same white pepper from the first third. The profile is still quite creamy, with some vanilla sweetness combined with dominant flavors of sweet oak and leather, followed by notes of espresso beans, dark cocoa, bread, cinnamon and slight honey. The draw continues to be excellent, while the burn starts to get away from me, forcing a touchup, but the smoke production remains as high as ever. Strength-wise, the Bill’s Blend barely hits the medium mark by the end of the second third. 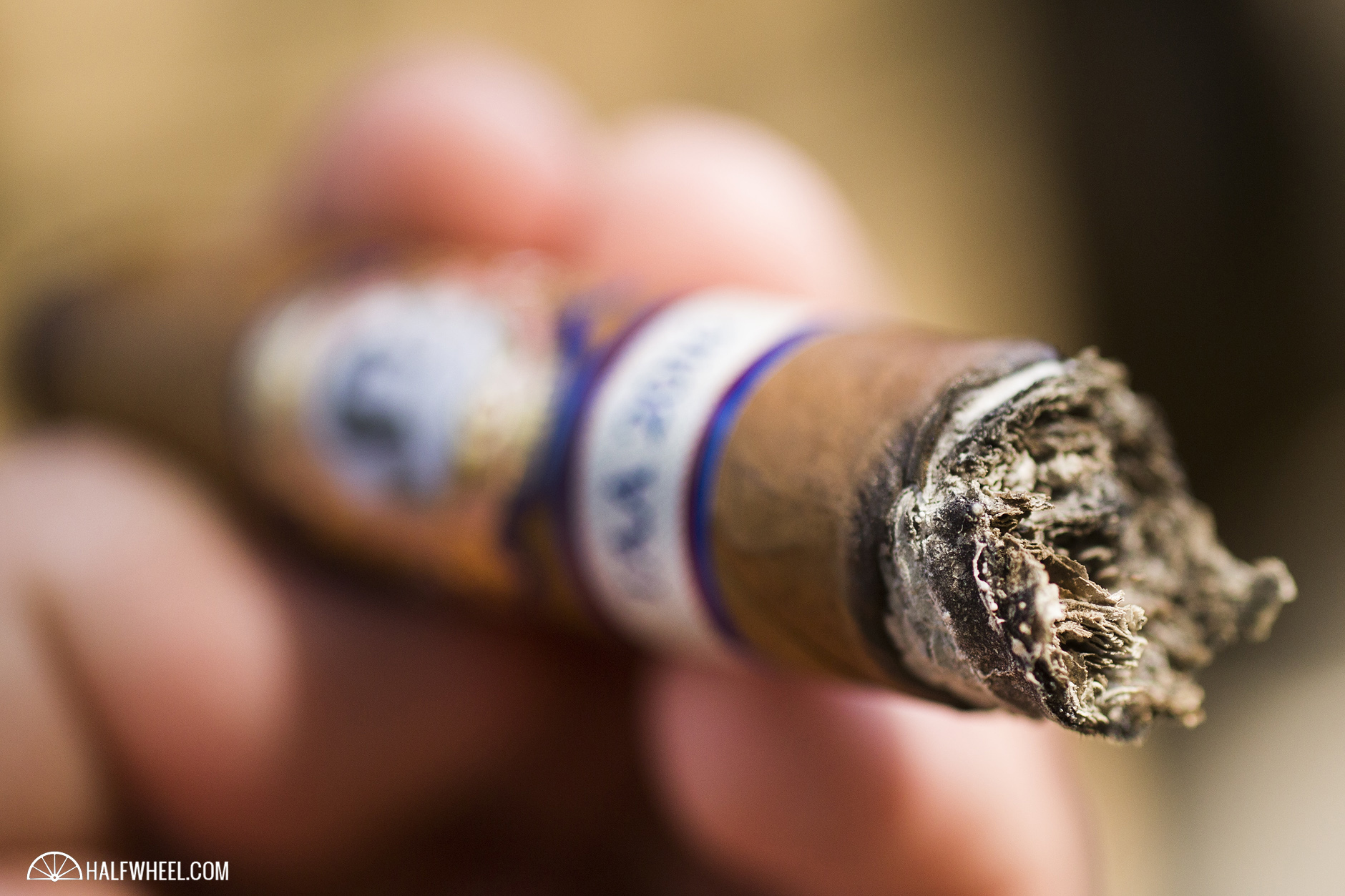 Sadly, the mint note from the second third is long gone by the time the final third starts, although the creamy oak and leather combination continue to lead the way in the profile. Other notes of cinnamon, yeast, citrus, dark chocolate, almonds, earth and slight floral round out the flavors, while the white pepper and vanilla on the retrohale continue to stick around until the end. Thankfully, the burn has evened out nicely, and the draw continues to give me no issues whatsoever, while the smoke production has actually increased a bit compared to the first two thirds. The overall strength changes very little from the second third, and ends the final third firmly in the medium range. 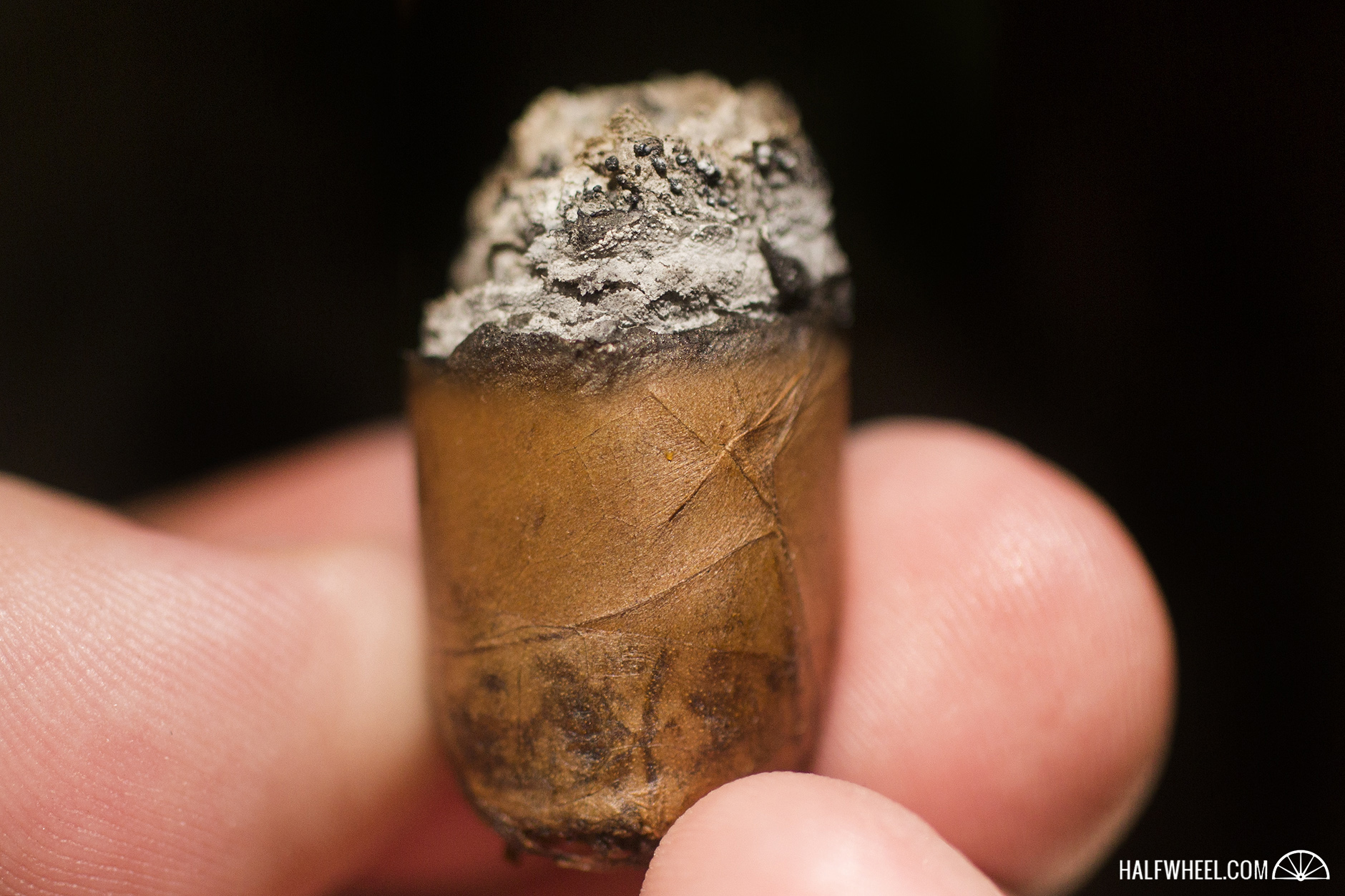 I really enjoyed the overt creaminess that was present in the La Palina Bill’s Blend on the palate combined with the ever present white pepper on the retrohale. In addition, the vanilla sweetness, the wonderful balance and the excellent construction really pushed it over the top for me. While I don’t think that it will take the top La Palina spot for me—that would be the Goldie—the Bill’s Blend is a winner anyway you slice it, and one that is easy to recommend.