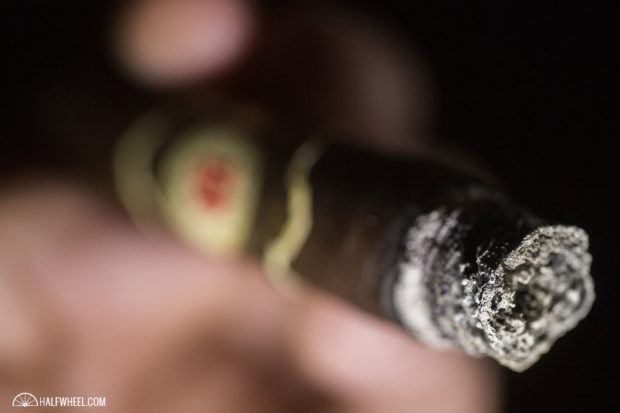 In February, L’Atelier Imports announced the forth vitola in its La Mission de L’Atelier brand, which originally debuted last year in three different sizes. Co-owner Pete Johnson is a large fan of wine, and as such each of the vitolas in the line is named after the vintages in which Château La Mission Haut-Brion has received a 100-point rating from Robert Parker’s The Wine Advocate. So far, that has happened seven different times: 1955, 1959, 1982, 1989, 2000, 2005 and 2009.

Internally, the blend remains the same as the other vitolas in the line, a Mexican San Andrés wrapper covering a binder and filler tobaccos from the García family farms in Nicaragua, including an unknown amount Sancti Spiritus leaf that L’Atelier has become known for using in a variety of its releases. The regular release vitola has a suggested retail of $9.25 each and is sold in boxes of 18 for $166.50.

There are now eight different vitolas in the La Mission de L’Atelier line: 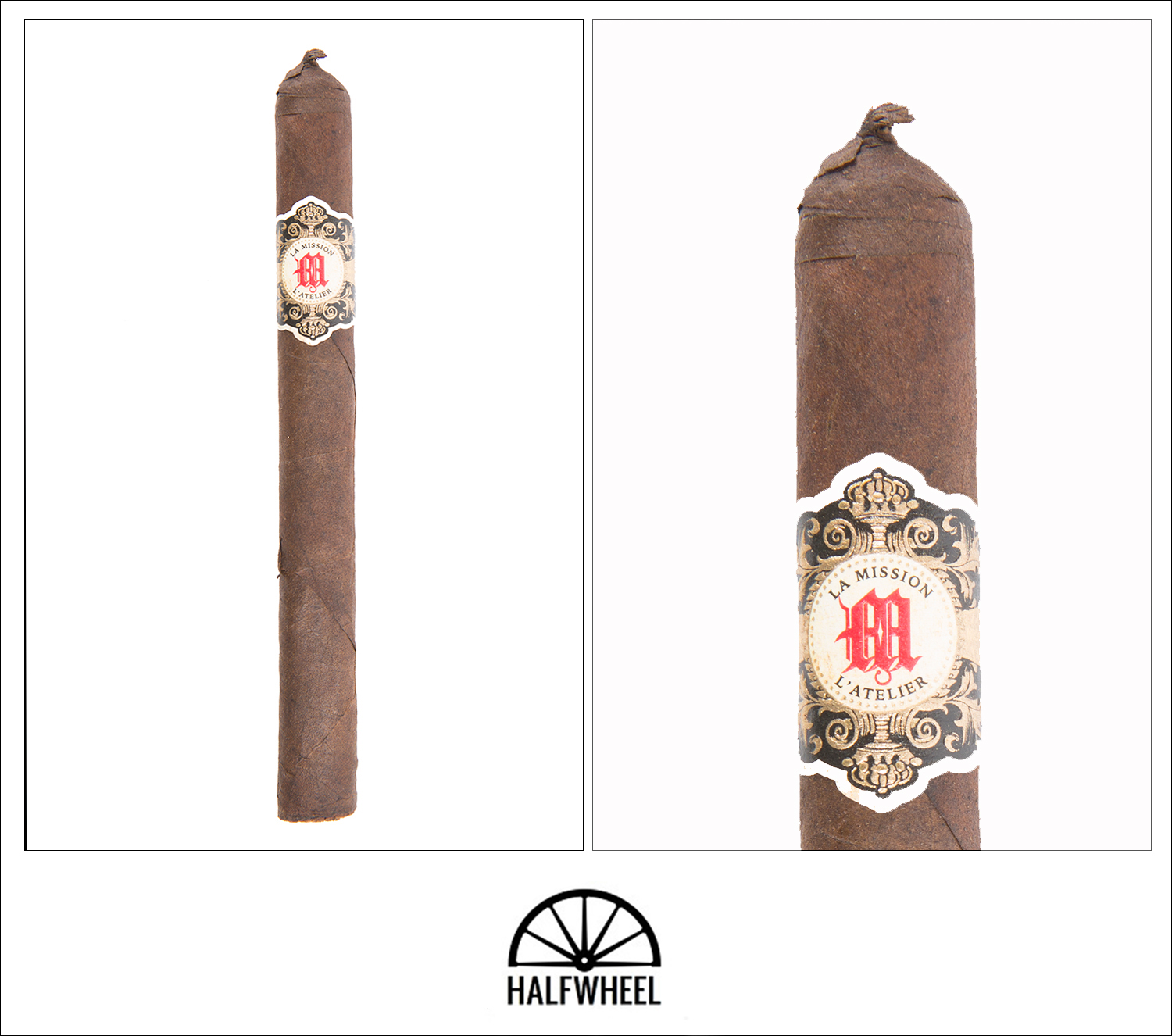 Visually, the La Mission de L’Atelier 1955 is quite distinctive, with an oval box-press as well as a short pig-tail protruding from the cap. The cigar is covered in in a dark mocha brown wrapper that is relatively smooth to the touch, and features just a bit of oil. Aroma from the wrapper is a combination of strong earth, manure, leather, dark chocolate and pepper, while the cold draw brings flavors of cocoa, espresso beans, hay, licorice, generic nuts and slight vanilla sweetness.

The La Mission de L’Atelier 1955 starts off immediately with a multitude of flavors: charred meat, dark cocoa, gritty earth, hay, ground coffee beans and roasted peanut shells. There is a bit of vanilla sweetness on the retrohale, some slight spice on my tongue and a significant black pepper note that seems to be getting stronger as the first third burns down. Construction-wise, the burn is razor sharp so far, but the draw is a touch tighter than I would like, and the smoke production is massive coming off of the foot. The overall strength starts off fairly mild, and fails to reach the medium mark by the time the first third comes to an end. Coming into the second third of the La Mission de L’Atelier 1955, and the dominant notes have shifted to a combination of cinnamon and aromatic cedar, closely followed by flavors of bitter espresso, baker’s spices, earth, hay and dried tea leaves. There is a touch of salt on my lips that was not present before, as well as some distinct honey sweetness on the retrohale combined with some remaining black pepper. Construction-wise, the burn continues to impress, and while the draw remains a bit tight for my tastes, the smoke from the foot is well above average. The overall strength remains restrained, and ends the second third a bit short of the medium mark. 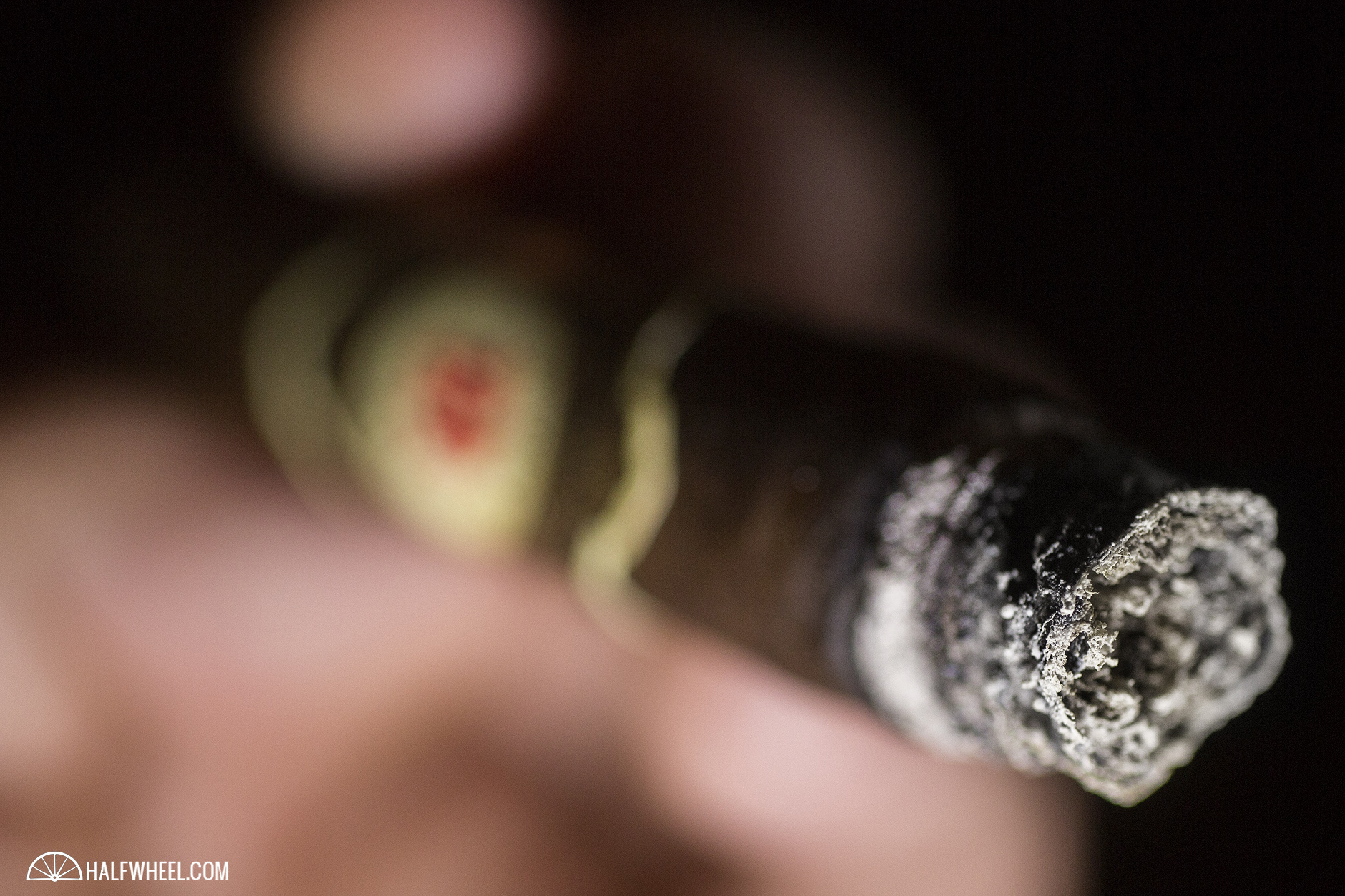 The final third of the La Mission de L’Atelier 1955 shifts profiles again, with a district floral note interspersed with cedar taking over the dominant spot, followed by other flavors of gritty earth, charred meat, hay, espresso and leather. The salt on my lips that showed up in the second third is still present and the sweetness in the blend is now reminding me more of maple, but the white pepper on the retrohale has diminished noticeably. The draw remains a bit tight for me, and the burn has started to waver a bit, forcing me to touch it up to a avoid it getting out of control. One big change is the strength level, which  has increased noticeably, and hits a point above the media mark right as the final third comes to a close. I have enjoyed the La Missions I have smoked in the past, and the 1955 is no different in that regard. The cigar offers a nice combination of complex flavors, subtle sweetness and nicely integrates strength that I look for in a blend, and the lonsdale vitola—one of my preferred sizes—is just icing on the cake. I did not enjoy it quite as much as another recent lonsdale that L’Atelier released—the L’Atelier Extension de la Racine ER15—but it is easily good enough to recommend, especially if you are already a fan of the La Mission de L’Atelier line.