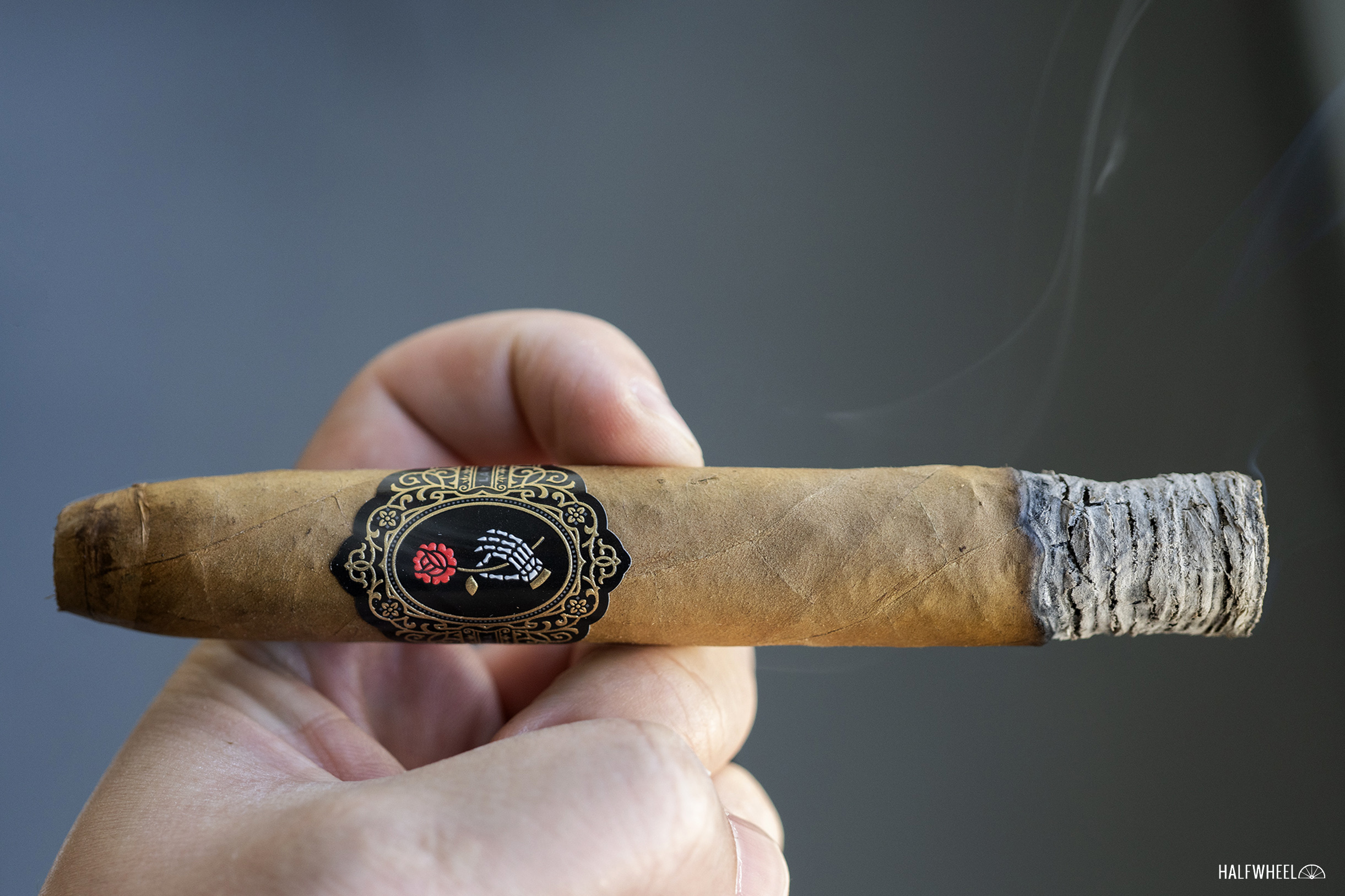 When Dapper Cigar Co. introduced the La Madrina in 2018, it boasted that the company had made a complex blend with tobaccos from different countries.

This year, the company expanded La Madrina with the addition of the La Madrina Shade. It uses an Ecuadorian Connecticut shade wrapper over a Mexican San Andrés binder and fillers from the Dominican Republic, Nicaragua and the U.S.

Dapper is one of the most descriptive companies when it comes to disclosing the tobaccos it uses. Its website lists the following tobaccos for the original La Madrina:

There are four sizes of La Madrina Shade, three of which are the same as the original La Madrina and the fourth is the Belicoso I’m reviewing today.

While the cigars are on the market, this was far from a normal rollout. First, the company began shipping just two vitolas—the Belicoso and Toro—in mid-September while the other two sizes began shipping about a month later. Furthermore, the packaging that is currently used for La Madrina Shade is not the final packaging and the company plans on changing it at a later date. The La Madrina Shade debuted in the same packaging as the original line, with a sticker added to note that it was the shade version. This is one of the belicosos with the elongated taper, which some would call a trompeta. While I don’t notice any damage on the three cigars I smoke for the review, one of the other cigars in the five-pack had a crack on the tip of the head. Given that this is the part that gets cut off, I don’t think is much of an issue. Connecticut wrappers aren’t always the prettiest, and it seems like the lighter hue makes it easier to show the imperfections, which is definitely the case here. Aroma-wise, I pick up a medium-full mixture from the wrapper led by an artificial vanilla sweetness over cedar, creaminess, leather and some barnyard smells. It’s almost like a grown-up fall dessert, though maybe not quite as sweet as a dessert. The foot is closer to full with sweetness, nuttiness, graham crackers, and acidity that reminds me of smelling a can of tomatoes and some of the artificial vanilla that I picked up on the wrapper. The cold draws are quite odd as I find flavors of nuttiness, meatiness, a sweet orange juice flavor almost like Hi-C, cranberry and some weird creaminess.

The La Madrina Shade Belicoso gets off to an easy start with plenty of smoke coming from both the top and bottom of the cigar. Flavor-wise, the first puff has lots of nuttiness and hay over dark chocolate and reminds me of many lighter-colored Davidoffs. After 10 minutes of a vibrant cedar and nuttiness, the profile gets increasingly creamier. The nuttiness sticks around as a close secondary flavor, but the cedar eventually seems to leave the profile. Beyond that, there’s some leather, lemon and a weird flavor that reminds me of Kraft Macaroni & Cheese, not the cheesy flavor per se, but more the weird aftertaste I remember it having. The finish has nuttiness and popcorn over some floral flavors and saltiness. It’s not just more delicate flavors than the main flavor, but also the way the flavors sit on the palate seems noticeably different. Retrohales are sweeter thanks to a pineapple flavor that joins nuttiness and cedar. The finish is more of an oaky flavor along with some herbal flavors, black pepper and creaminess. Flavor is full, body is medium-full and strength is mild-medium. One cigar has a slight tear of the wrapper after cutting, but that’s the only negative thing I can say about the construction, which is otherwise fantastic.

Shortly after the halfway mark, a nuttiness overtakes the creaminess as the main flavor. The creaminess sticks around and seems like the underlying current that ties everything else together. Those other flavors include black tea, leather, straw, herbal flavors and, at times, saltiness. The finish is led by creaminess and straw, though there’s also some oatmeal, touches of white pepper and some mineral elements. Retrohales have nuttiness, hay, creaminess and some sugar cookie sweetness. Once the smoke leaves my nose, I find some oatmeal over nuttiness, creaminess, dry pasta and a petroleum-like sensation that I can’t fully place. Outside of the weird chemical flavor, the retrohale’s finish is quite homogenous. Flavor is full, body is medium and strength is mild-medium. Once again, construction is fantastic on each of the La Madrina Shades I smoke. While I wouldn’t have been opposed to finding a repeat of either the first or second thirds, the La Madrina Shade Belicoso is decidedly different in its final third. There’s earthiness, cedar, spices, herbal flavors, mustard and something that reminds me of tequila. The creaminess seems to have disappeared and in its absence, other flavors are able to shine through. The finish has earthiness and pepper, the latter of which seems to mix with some of the herbal flavors to create what feels like a much harsher profile. Some of that is because it’s harsh, but a lot of that is also due to how restrained the harshness and pepper were up until the final third. Retrohales have peanut butter, dry pasta, white pepper and an oak that seems to have a cognac-like hint to it. The finish has oak, leather, creaminess and acidity. Flavor is full, body returns to medium-full and strength remains mild-medium. There are very few cigar brands that have a grouping of scores on this website like Dapper. This is the seventh cigar we've reviewed and the scores to date are: 81, 91, 83, 87, 83, 87, and then this score, which I don't know as I type this but I suspect will be more than a 90.  I’m not entirely sure what to make of the wide range, but I do know what to make of the La Madrina Shade Belicoso: it’s very good. As it turns out, when you work with a factory that also happens to be run by some of the same people who are also some of the largest tobacco growers in the world, you can make some very good cigars.