Earlier this year, Crowned Heads answered the request from many of its retailers and consumers—can you make more Las Calaveras 2014?

The company announced that the blend from its extremely popular Las Calaveras Edición Limitada 2014 would return in the form of La Imperiosa, the fifth regular production line from Crowned Heads. While the blend is described as the same—Ecuadorian habano oscuro wrapper covering binder and filler tobaccos from Nicaragua—it’s not identical in shape or name.

There are four different sizes as part of La Imperiosa, each different from the Las Calaveras and Hecho Con Corazon—LE 2014 from last year. As for the name, it’s an old Cuban brand that Crowned Heads decided to bring back. The company did create its own version of the packaging with co-founder Jon Huber explaining the various meanings: 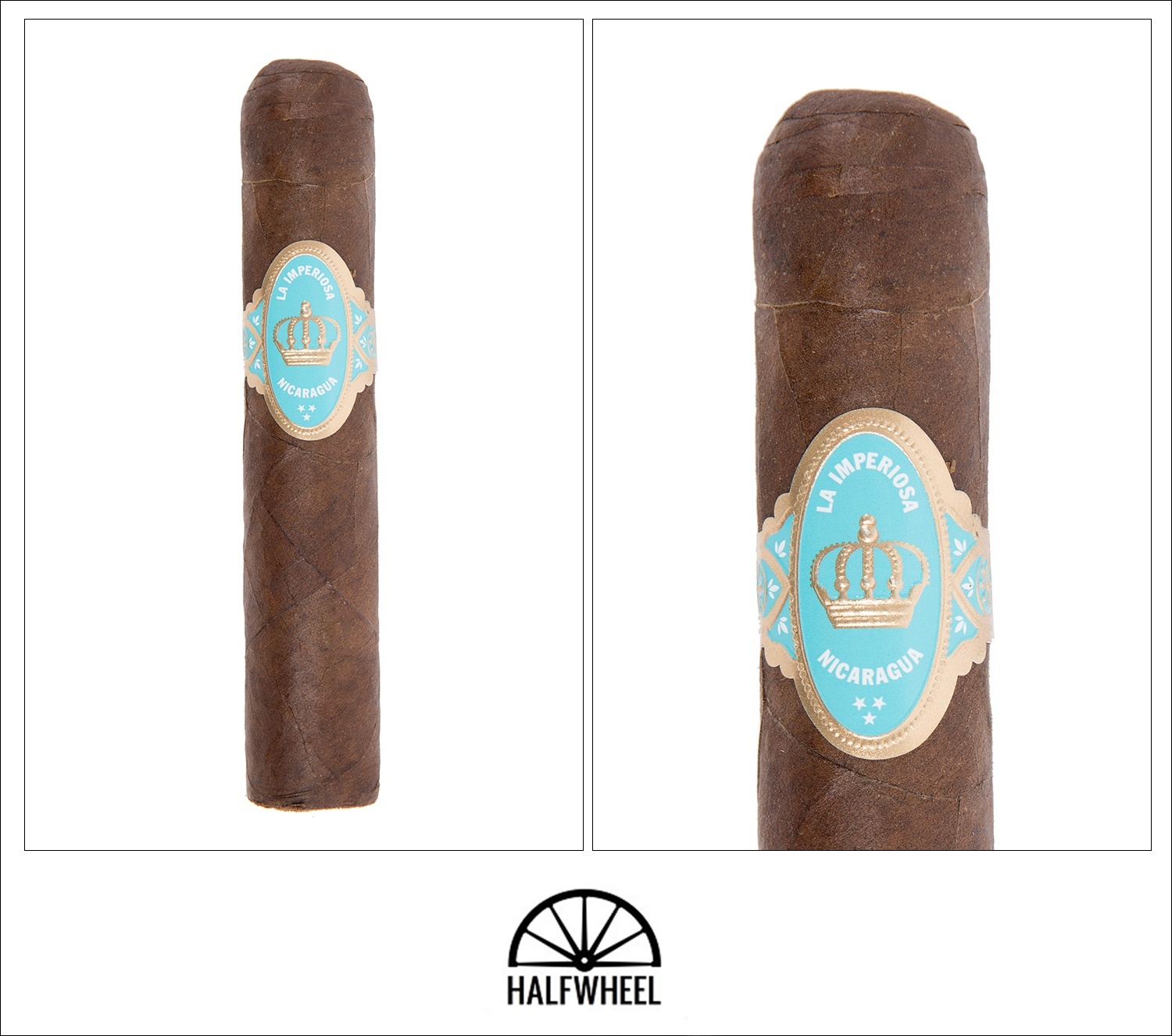 The Ecuadorian habano oscuro wrappers can be dark, but similar to last year’s Las Calaveras the color variance goes from dark brown to an almost maroon color. Aroma off the wrapper is sweet with barnyard and leather being prominent, it definitely jogs my memory for other My Father-made cigars, although it doesn’t remind me of last year’s Las Calaveras in particular. The foot has sweet candied peppermint, barnyard and licorice. The cold draw is pretty different, with a sweet chocolate creaminess that tastes like the bottom of a chocolate milk shake. There’s some bitterness towards the end of the cold draws, but nothing too concerning.

The smaller La Imperiosa starts with a toasty and creamy meatiness, it’s extremely mild and has some bitter and sour characteristics. Fortunately, a few puffs in and the cigar seems to get going: there’s a meaty core with earthiness and bitters on the back of the throat. There’s some citrus in those, but it’s pretty brief before turning into cotton candy. On the finish, there’s toasted French bread and a touch of basil. While the draw is a bit tight, smoke production is fine, particularly when the cigar is pushed. I’d describe it as medium-full in flavor, medium-plus in strength and medium body. While it wasn’t easy to initially identify, the citrus now has transformed into an orange note more than a grapefruit. There’s a big addition in the form of salted caramel coffee with a huge salty peanut flavor on the back end. There’s still some toasted bread, but the sweet and salty coffee is dominating the flavor. Through the nose, I get a burnt sweet peppermint note, what I imagine a seared candy cane tastes like. Whatever harshness was present in the first third of the La Imperiosa Magicos is gone by the middle point of the cigar. Retrohales become much more intense in the final third of the La Imperiosa. There’s not a huge added pepper or harsh note, rather, the flavors themselves just become much more concentrated. In the mouth, there’s an added buttery characteristic along with some gingerbread. The citrus through the nose once again shifts, turning more lemon-like, although not too sour. Within an inch left, the cigar changes once more, an added gingerbread note and some sweet burnt caramel. There’s also some added black pepper. 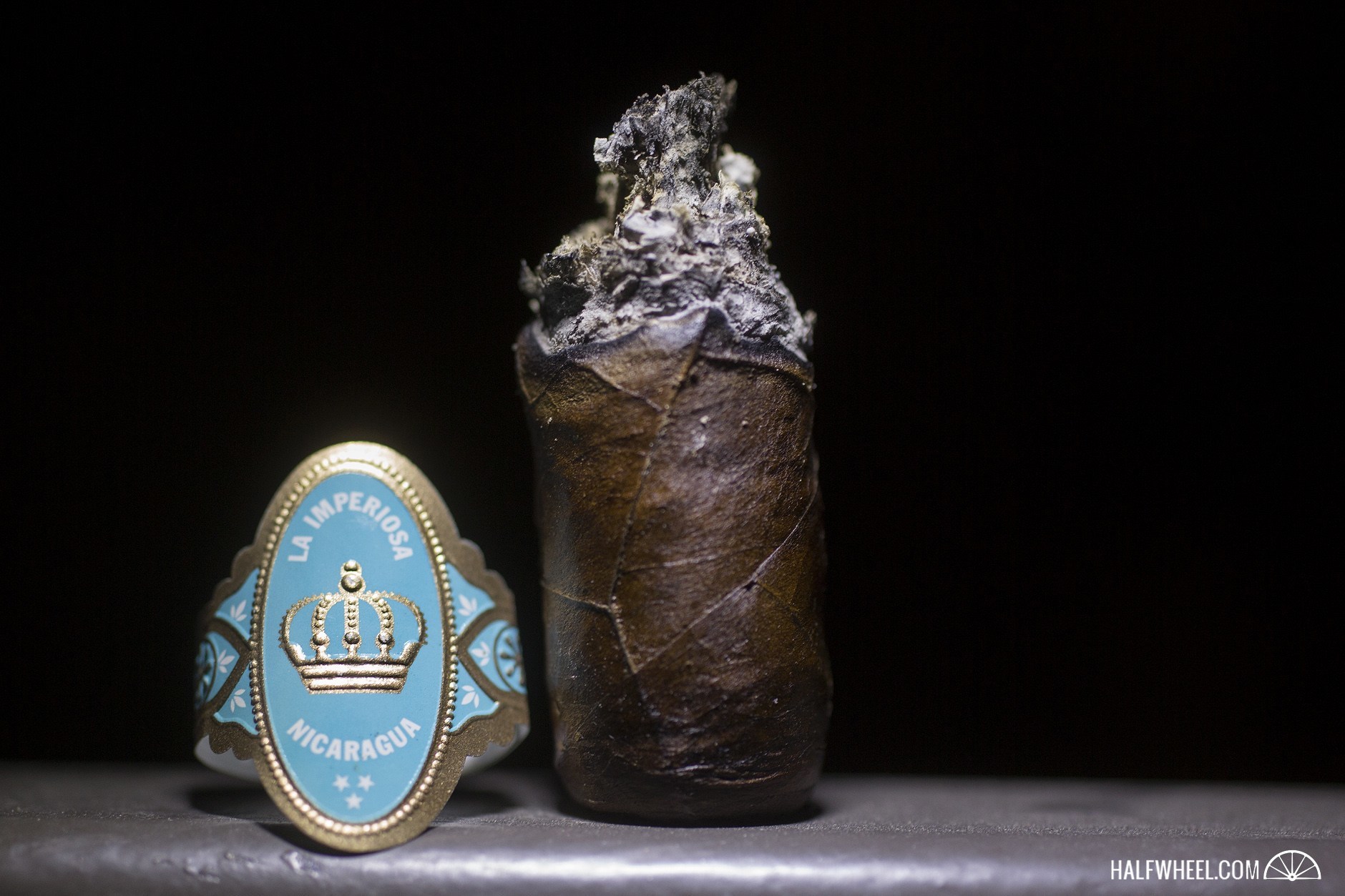 (Editor’s Note, there’s no real great place to put this—so here it is.)

When La Imperiosa was announced, many consumers publicly complained about the concept of the Las Calaveras 2014 blend returning and to this day, I’m not sure why. While I’ll be the first to admit that oftentimes we take things a bit too personal in the cigar business, this outrage seemed misplaced.

Some indicated the company “sold out.” Outside of the 2014 release, I’m not sure what exactly was sold out. It is the cigar business.

To my knowledge, Las Calaveras 2014 was never announced as blend that was limited to a certain amount of cigars due to tobacco availability. The concept of Las Calaveras was never described as “one and done,” although it did seem clear that the Las Calaveras releases themselves were to change each year.

Some argued that it made their Las Calaveras 2014 less special, an argument I don’t understand, particularly due to the fact that the sizes are different. Perhaps the secondary market prices decrease a bit, I’d argue we haven’t seen that happen, but even then, if that’s your complaint I don’t have a ton of sympathy.

While I don’t understand much of the outrage, there are four facts that I struggle to get over. First, the aforementioned different sizes seems to negate most of the “makes my cigars less special.” Second, the company already released this blend once before with the Hecho Con Corazon and there most certainly wasn’t any outrage then. Third, why would one complain about the potential to be able to smoke a cigar on a more regular basis that they once liked.

And finally, where was the outrage the countless times before that other manufacturers did the same thing.

There was Tatuaje with T110 and Fausto and Illusione’s ~eccj~ which turned to Epernay. Then there are examples of things where the names and/or sizes weren’t even changed: Viaje Exclusivo, Don Reynaldo, Cain F NUb, etc. There are countless others and I could spend a whole week going over it, but I’m a bit mystified. I could understand the outrage if Huber & co. were caught producing more boxes of the original than they said they were. I can understand some of the complaints about Huber’s response to the outrage; but I can’t understand the outrage itself, particularly given that the people beating the drums the hardest were the people that held Las Calaveras in such high regard.

This is still the cigar business, a business centered around selling cigars. Everyday there are questionable ethical decisions that are made in the process of trying to sell cigars that largely go unnoticed. Why this one struck a nerve is beyond me, although I’m more than happy to read anyone’s response in the comments below.

I’m all for becoming enraged over constantly delayed shipping times, high prices or bad cigars—but that just not the case here.

As for the cigar itself. I remember a conversation I had many years ago with Michael Herklots about the concept of cigars, liquor and wine in the context of vintages. He explained that every cigarmaker faces a dilemma with blends that are produced on a continual basis: eventually you will run out of a specific tobacco component. There is only so much of a single seed-type in a single priming grown on specific farm in a specific harvest. Eventually you run out and are left with a dilemma: how do you keep making the cigar? One option is to not make the cigar any longer, but that’s obviously not the choice in just about every instance with regular production cigars. Instead you can simply buy that farmer’s next crop of that specific tobacco, you could buy the same seed varietal and priming from a different farm, you could go up or down a priming, you could try to find the tobacco that is closest to that individual component or you could do what many do—particularly when they run out of multiple components—you can modify multiple parts of the blend for continued production. To me, La Imperiosa is the answer to that dilemma in regards to Las Calaveras Edición Limitada 2014. It’s not the exact same cigar, size excluded. It’s unlikely they were rolled at the same time and made with the exact same components. So I see this as the path Crowned Heads would have taken—albeit in different vitolas—if they had to keep making last year’s Las Calaveras. In regards to how I find the comparison, it’s not the Las Calaveras 2014 LCC550, but then again, neither were the other two sizes released last year or Hecho Con Corazon. I find La Imperiosa better than those, but from what I’ve had of the new line, it falls short of matching what was the second best new cigar I smoked last year. La Imperiosa is a great lesson or reminder of the cigarmaker’s dilemma, it’s also a great lesson about how different vitolas perform differently in a singular blend; one thing it’s not is a lesson in outrage.