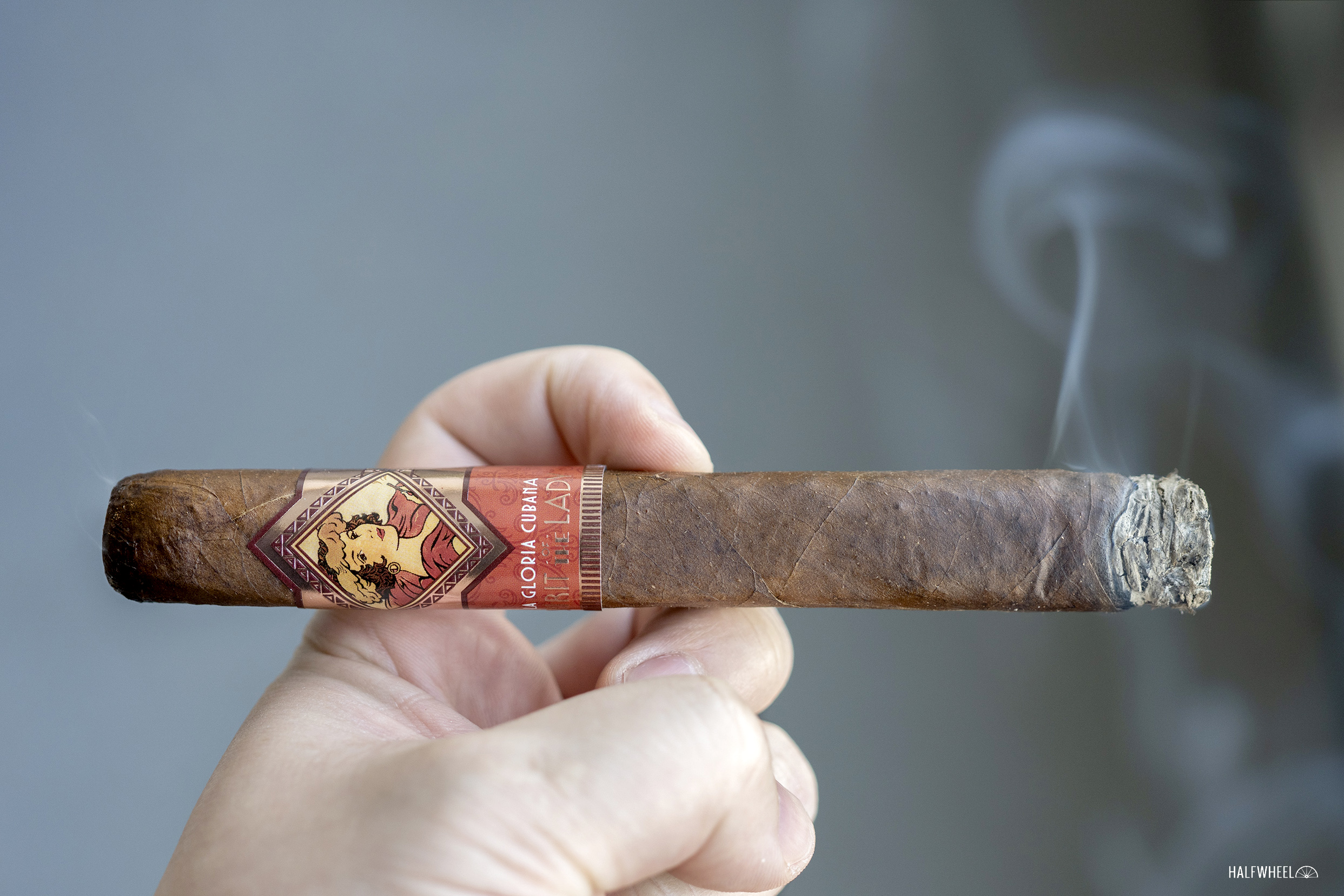 Perhaps the most interesting cigar news of the year so far is Forged Cigar Co.

In January, Scandinavian Tobacco Group (STG)—the parent of General Cigar Co., Cigars International, Thompson and others—announced that it would be splitting the General Cigar Co. portfolio and creating a separate company, with a separate salesforce, called Forged Cigar Co.

General kept what I imagine are STG’s strongest U.S. brands:

That meant the new Forged Cigar Co. got six brands:

*Notes that this only includes the U.S. distribution rights for these brands, which are separate from the Cuban versions of these cigars.

Some of these brands—like Bolivar and Partagas—are ones that General has tried to remake multiple times, seemingly not very successfully. So on one hand it’s not surprising to see STG trying something else, but Forged Cigar Co. is a pretty drastic step that left many—including General’s competitors—quite confused.

The company says it’s a multi-million dollar investment, which included the hiring of 12 sales representatives, making the brand new Forged Cigar Co. one of the largest sales teams in the cigar industry. STG says that Forged will also receive marketing support and, of course, new products. 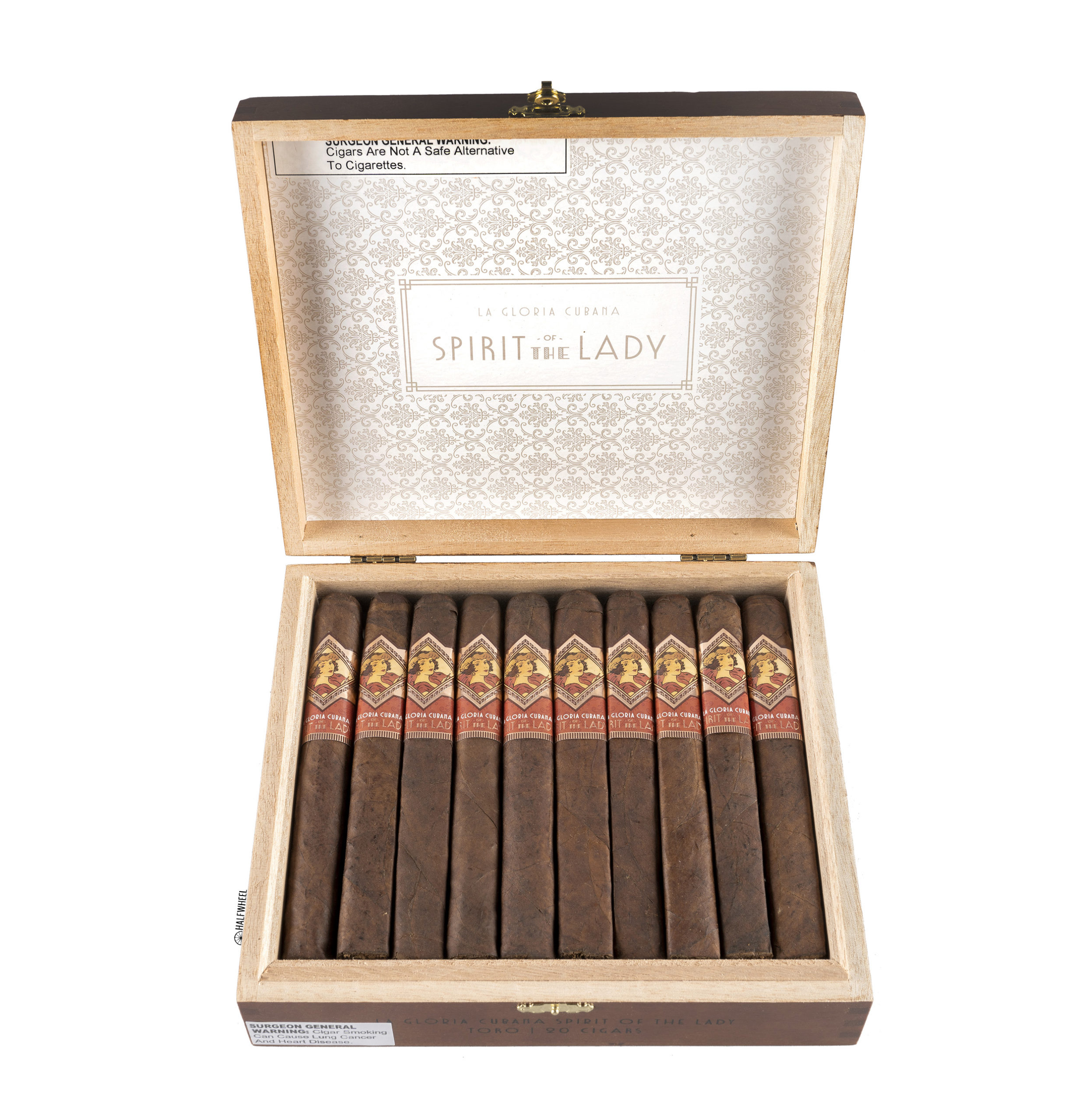 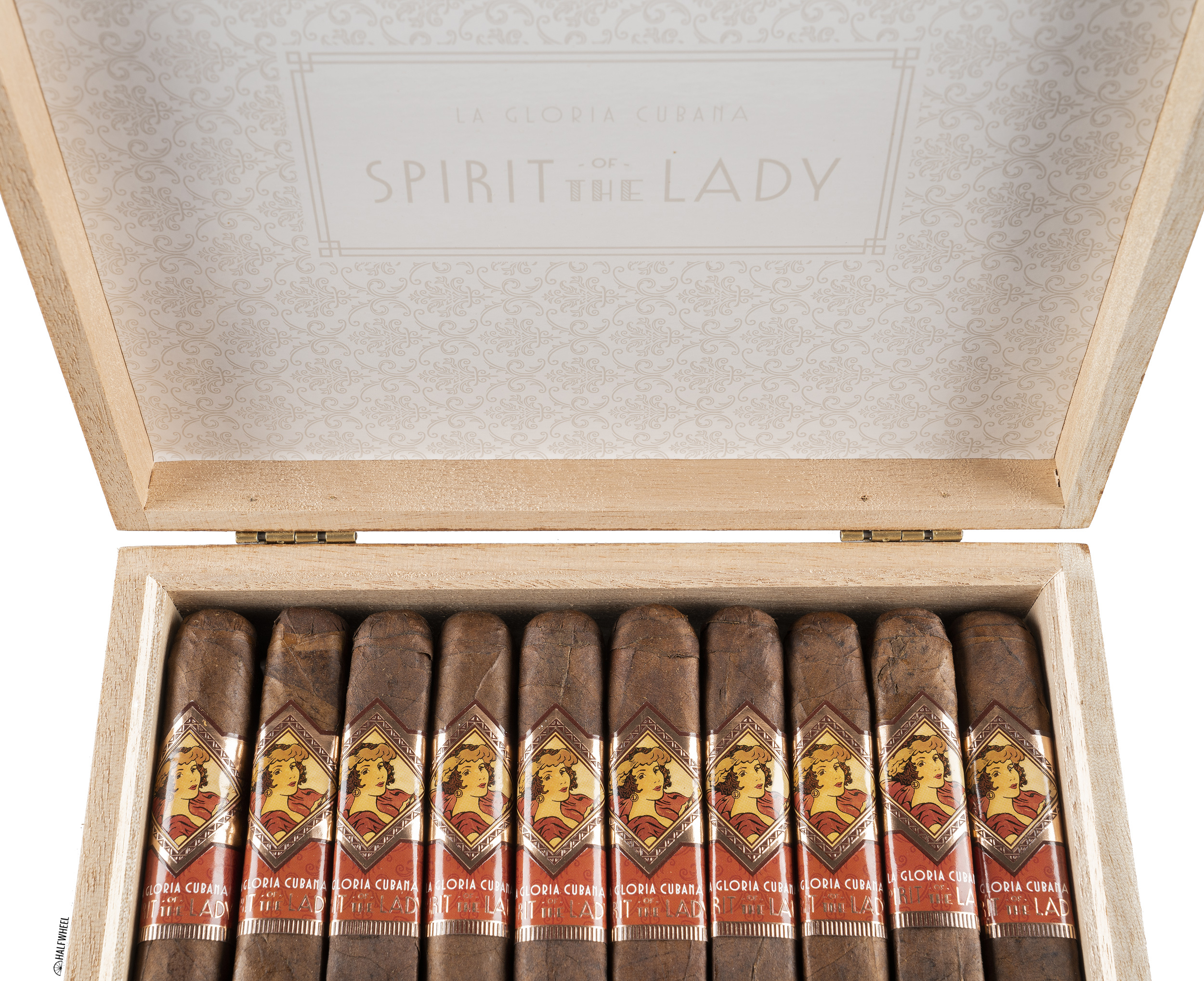 The La Gloria Cubana Spirit of the Lady began shipping to stores in early March. It’s a two-vitola limited edition that uses a seven-year-old Honduran wrapper from the Olancho San Agustín region over a Cameroon binder and fillers from the Dominican Republic, Mexico and Nicaragua. 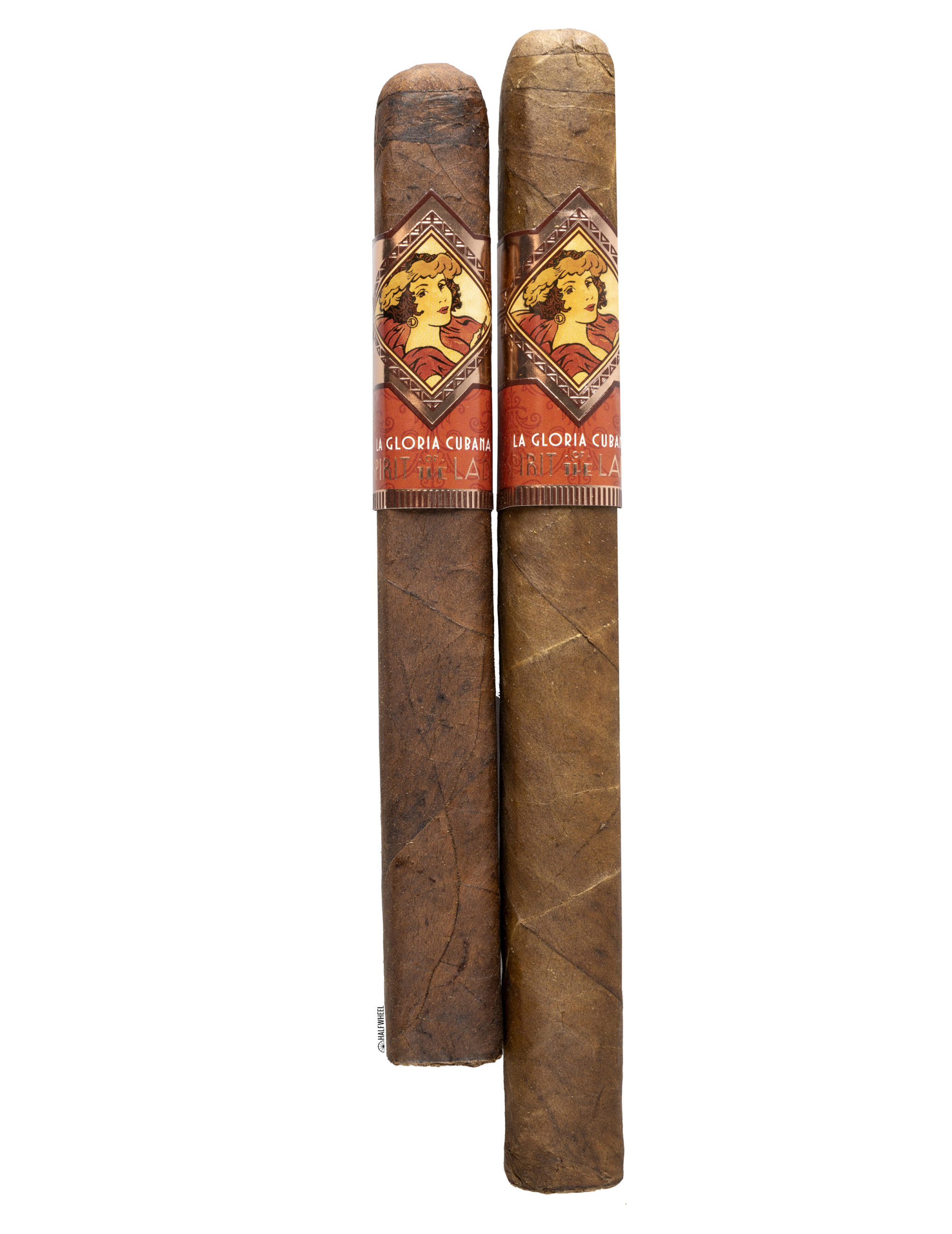 Each vitola is limited to 600 boxes. While the cigars we purchased have a softer look, if you get a box of the Spirit of the Lady, the cigars will have an extremely sharp box press. Regardless of whether they are stored in a box, the shape of the cigar is close to a square instead of the rectangular shape I see on most box-pressed cigars. The wrapper has a great red color and looks quite nice, accenting the copper hues in the band quite well. The aroma from the wrapper is medium-full and smells like a mixture of wet leaves and paste. It’s not unpleasant per se, but it definitely isn’t appetizing. The foot is stronger and sweeter with flavors of varnish, nuts, cedar and coffee creamer. Things get interesting in the cold draw as one sample tastes like it might be sweetened. I can’t pick up any sugar coming from the cap, like a sweet tip cigar, but there’s some sort of artificial sweet flavor that I can taste when taking cold draws of the Spirit of the Lady. In addition, that sample has nuttiness, grapefruit and cocoa. The other two cigars don’t show any signs of an added flavoring. They have a nutty core accented by earthiness, wet leaves and white pepper.

At its best, the Spirit of the Lady Toro starts with nuttiness, grapefruit, peanuts and a bit of a brandy flavor; around medium-full. Unfortunately, the two non-sweetened samples start with a somewhat foul earthy flavor followed by nuttiness and some saltiness. All three cigars show signs of being underfilled; not only do the cigars feel a bit light, but the draws are slightly open and the burn isn’t trouble-free. Pretty early on I find myself touching up each cigar to help the parts that have already decided to not stay lit. Flavor-wise, even the sweeter sample isn’t that sweet. There’s a core mixture of mineral flavors and a sensation that reminds me of the smell of a pile of wet leaves in the fall, followed by a clawing plastic flavor, honey and a mild creaminess. While there’s some sweetness in the profile, there just seems to be a lot more depth to the non-sweet flavors, which leads to something like the plastic sensation. The finish has mineral flavors over woods, French fries and a slight bit of black pepper. Retrohales lead to nuttiness, cedar, leather and a bit of lemon. Retrohales finish with minerals, cedar, white pepper and some of that plastic flavor. Flavor is medium-full, body is medium and strength is medium. Touch-ups are a pretty consistent thing, both to correct the burn but also to help with smoke production, which seems to keep wanting to go out.

The second third of the La Gloria Cubana Spirit of the Lady just sees the profile move further away from whatever sweetness might have been present. Earthiness, wet leaves and mineral flavors are the main sensations, though there’s also some white pepper and leather behind that. The cigar finishes with wet leaves, earthiness, a bit of garlic powder and a saltiness that reminds me of peanuts. Retrohales are a bit more appetizing thanks to a strong nutty flavor that sits over a generic woody flavor, a campfire-like woodiness and some wet leaves. Unfortunately, that wet leaves mixture returns on the finish of the retrohale, now joined by a bit of mushroom, garlic powder and white powder. If I wasn’t reviewing this cigar, I’d be drinking it with a rather sweet beverage to help contrast what the smoke provides, as it needs some contrast. Flavor is medium-full, body is medium-plus and strength is medium-full. Construction-wise, the draw is still a bit open and the smoke production just isn’t where it should be, meaning I’m having to puff at a rate quicker than one puff per minute just to keep the cigar lit. There are not many changes in the final third of the Spirit of the Lady, which is both predictable and unfortunate. Whatever is causing the construction issues—I’m pretty confident it’s underfilled cigars—also means this cigar just isn’t burning very quick. As such, the final third takes over two hours to reach. That means more than two hours of a lot of bitter earthy flavors like the wet leaves, generic earthiness and campfire flavors. None of them would be that bad in isolation. But after this much time smoking the cigar with little contrasting flavors, it’s not great. There’s a touch of sweetness on the main flavor, but it doesn’t stick around long enough and by the time the finish rolls around, it’s just more of the same. There’s some added cedar, which neither hurts nor helps my issue with the cigar. Retroahles have a stronger white pepper flavor, but otherwise, it’s more of the same. Flavor and body both finish medium-full, strength ends up being full, no doubt increased by my fight with the burn from start to finish. 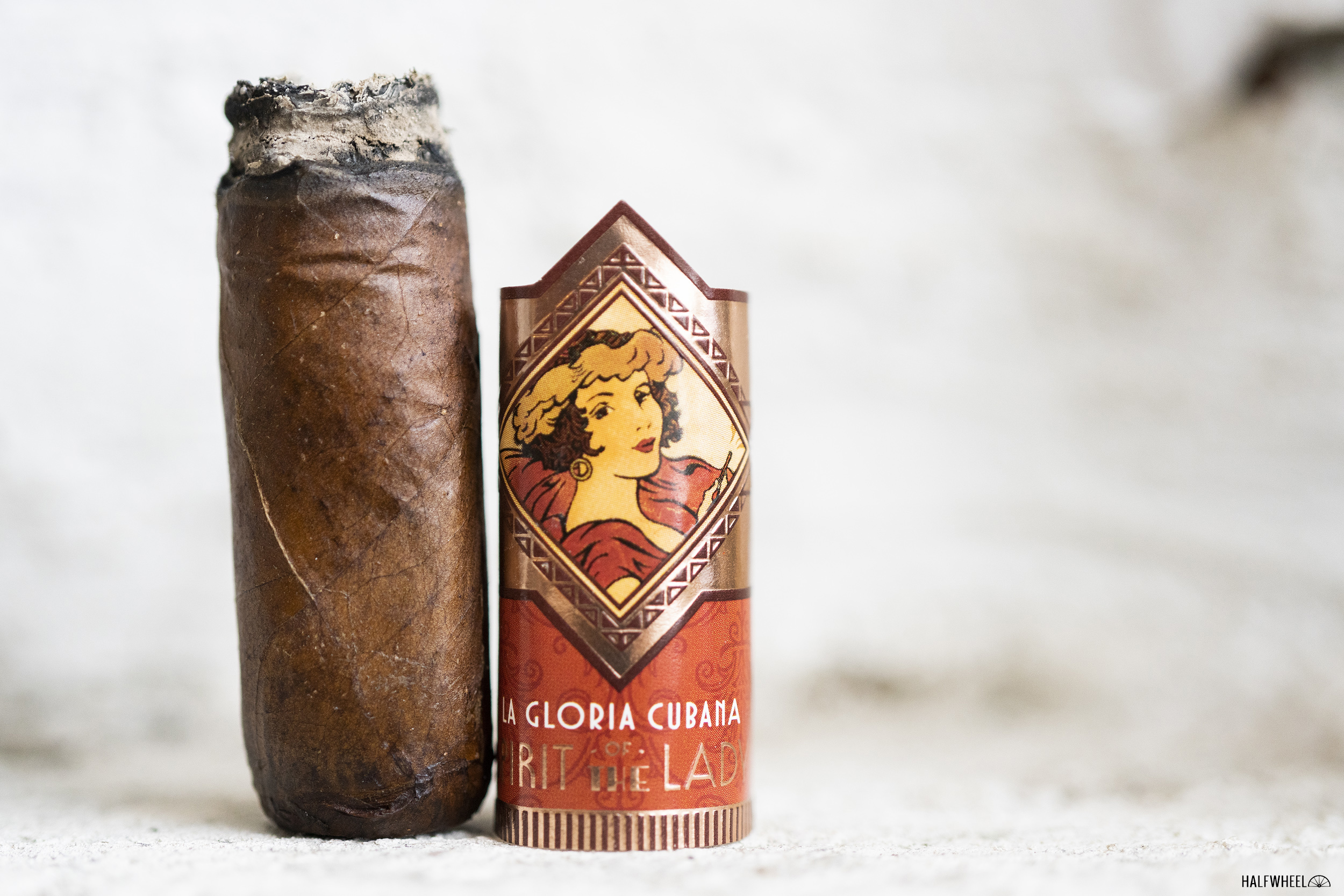 It’s been a while since I’ve smoked a true dud from General Cigar Co. et al., but these three cigars were duds. While it’s not an offensive flavor profile, there’s nothing that I tasted that was compelling. It almost seems like I tasted a cigar that was supposed to be flavored but what I got was missing the flavoring. There’s also the issue with whether these cigars were underfilled, which if they were, might also explain why the flavor profile was so off. Perhaps, both issues are present. There was a time when General Cigar Co. was missing the mark with cigars like this on a semi-regular basis, but those days are long gone and it leads me to believe that the cigars I smoked simply weren’t what General intended them to be.