In October of 2013, General Cigar’s La Gloria Cubana brand released the first cigar in a series called Rival Twin. Each box of the release included two different 7 x5 8 blends: La Gloria, which used a Ecuadorian sumatra wrapper and the Rival, which used a Connecticut broadleaf wrapper. Both cigars were priced at $8.49, and each box of 20 included 10 of each blend. Only 19,000 cigars of each blend were produced, and they were limited exclusively to brick and mortar stores in the western region of the country. 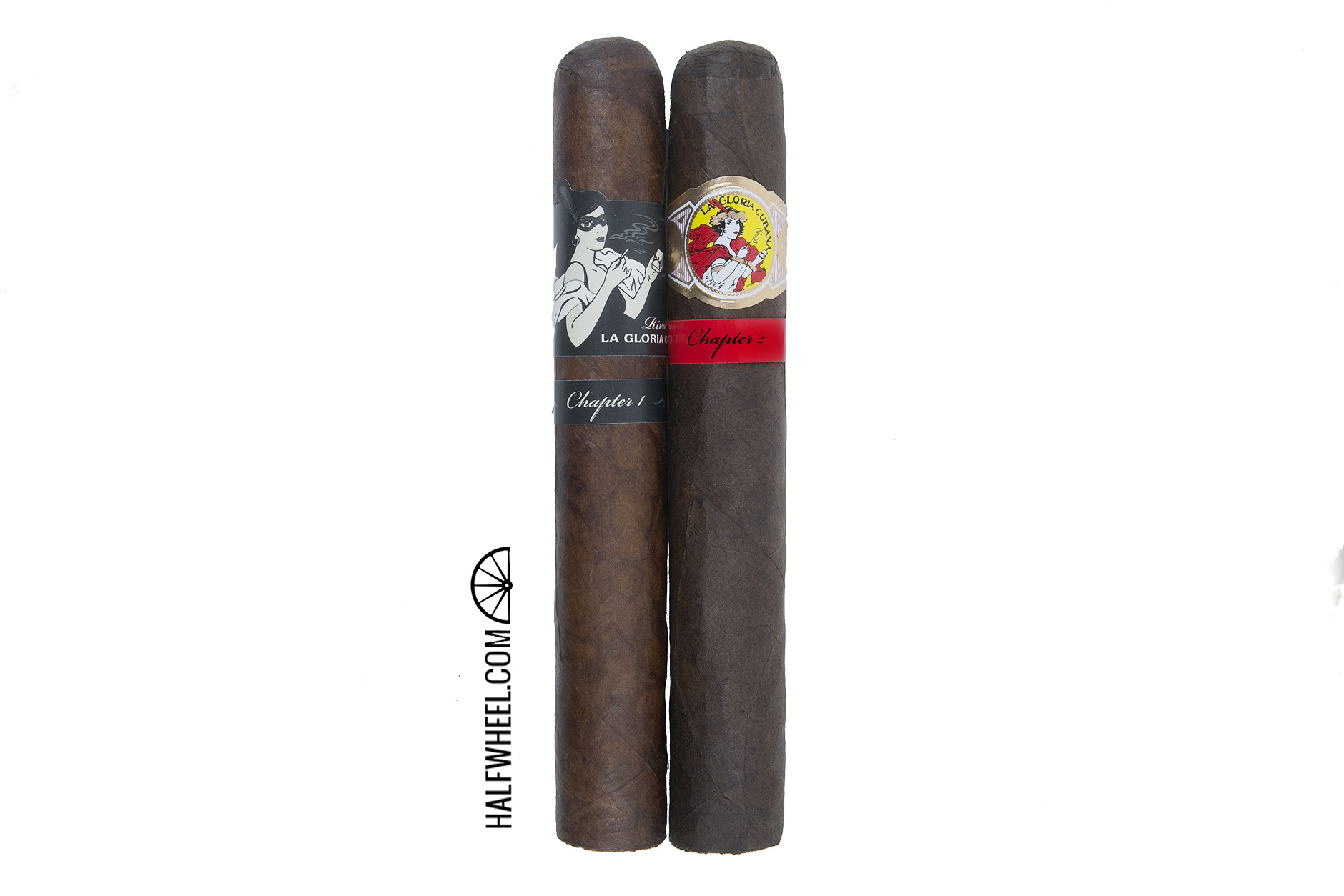 This month, General Cigar started shipping the next cigars in the series, which are named the La Gloria Cubana Rival Twin Chapter One and Chapter Two. We had the details in a news post earlier in the month:

The next chapters of the La Gloria Cubana Rival Twins line, Chapter One and Chapter Two, are set to arrive in stores. Last year, when the company  released the first Rival Twin, it made it clear there would be a follow-up.

“The idea is that Lady La Gloria has a twin who was born a minute later; she is a little more feisty, hence the name Rival Twin,” said Michael Giannini of La Gloria Cubana. He indicated that this is only the beginning of the story, saying that “the sisters are immersed in a blending duel; the story will continue next year, in a bigger way, as this is Chapter 1 in the series.”

Both are priced at $9.50 per cigar. Unlike the original release, which featured the two cigars packed in a box with two lids, the new releases are divided into two separate 10-count boxes. There are expected to be 1,500 boxes made of each size. The La Gloria Cubana Rival Twin Chapter 1 is a physically imposing cigar, quite large when held in your hand, but seemingly light for its size. A nondescript dark brown wrapper that is smooth to the touch covers the cigar, and features quite a bit of oil as well. There is very little give when it is squeezed, and aroma from the wrapper is a combination of barnyard, chocolate and slight ammonia.

The La Gloria Cubana Rival Twin Chapter 1 starts off with flavors of strong leather, barnyard, hay and generic chocolate. There is some fairly aggressive black pepper on the retrohale, along with just a touch of spice on the tongue, but neither seem to be gaining in strength as the cigar progresses. There is a significant bitterness on the finish that ebbs and flows, but seems to always be a part of the profile so far. Smoke production is massive, and while the burn is fairly even through the first third, the draw is much too open for my tastes. The strength is not a factor at this point, and ends the first third well below the medium mark. There is just not much of a change in the profile during the second third of the La Gloria Cubana Rival Twin Chapter 1, with the same leather flavor being the dominant note, along with other flavors of hay, chocolate and earth. The black pepper on the retrohale has remained fairly constant, but the spice from the first third is long gone by the halfway point of the cigar, and thankfully so is the bitterness on the finish, replaced by a slight creamy nuttiness. There is still almost not sweetness in the blend that I can taste, but the smoke production has actually increased slightly, remaining billowy and dense. Construction-wise, the draw is still much too open and the burn is still much too wavy, while the strength has not budged all that much, barely hitting a point halfway between mild and medium by the time the second third comes to a close. I am almost two hours into the La Gloria Cubana Rival Twin Chapter 1 by the time the final third starts, and I am still tasting very little other than the aforementioned flavors of leather, cedar, hay and cocoa. There are a few notable changes, including a reduction in the amount of pepper on the retrohale and less smoke production, but the spice on the palate does not make a comeback. The burn and draw continue to be problematic, although I have come to expect it by this point in the cigar. Strength-wise, I am surprised when  the Chapter 1 hits the medium mark by the end of the cigar, but it never comes close to going beyond that, and I put the cool to the touch nub down with about an inch left. Everything about this cigar screams massive: massive size, massive smoke production, massive amount of time to actually finish it. Unfortunately, the one thing that did not find massive about it was the flavor, which seemed stuck in a rut for the entire experience. While not unsmokable by any means, the profile was a never changing — and seemingly never ending — combination of generic tobacco, leather and hay notes with almost no sweetness to speak of. If you are looking for a cigar to last well over two hours without overwhelming you with a multitude of different flavors you have found your stick, but if you are looking for the barest amount of complexity in a profile, look elsewhere.